Yesterday afternoon we took Uncle David to Stagville, which involved much less walking than Duke Gardens. We unloaded all the kids from the car and started walking to the visitor's center only to be met by a tour group coming out of the Bennehan house.

"Would you like to join our tour?" the guide asked. "We're about to head down to Horton Grove, which is about a mile down the road. Yes, that means you'll have to load the kids into the car again when you've just taken them out—I can read that look of panic on your faces. We can tour this house at the end."

Seriously, though. That's exactly what we were thinking: we have to re-buckle all these kids?!

So we headed back to the van and got everyone situated again. It wouldn't be so terrible but Zoë really doesn't appreciated being buckled. We left her in her carseat at Horton Grove for that very reason 9I made David carry her around).

We first visited the Horton home, which was built before the Revolutionary War. The Bennehans purchased it (and the land it was on) in 1823. It's rather unstable so we weren't able to go inside but Uncle David hoisted up both Miriam and Benjamin so they could look in the window. 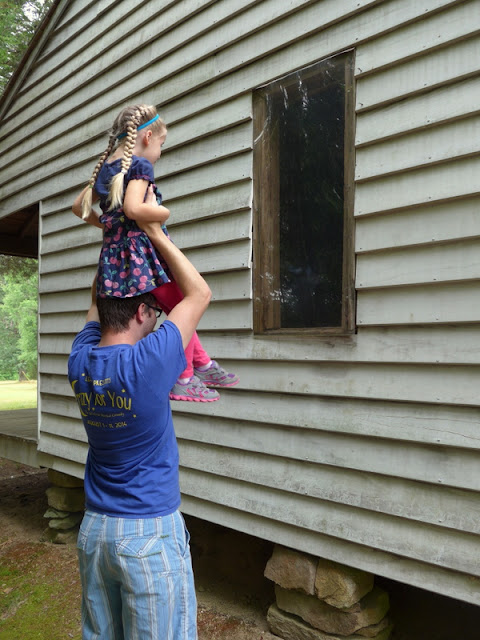 Here they are standing in front of the Horton home: 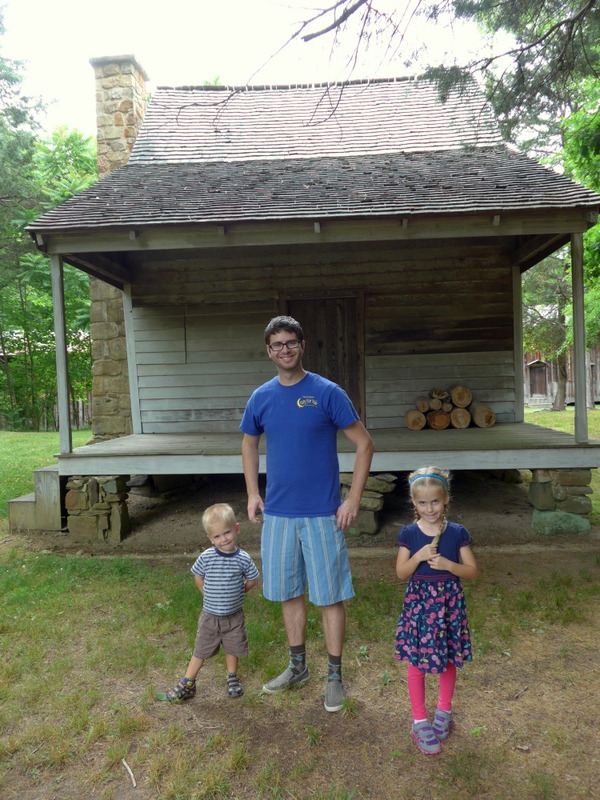 And here they are looking at fingerprints left in the bricks by the hands of the enslaved people who made them. There's even a brick with a toddler's footprint in it! 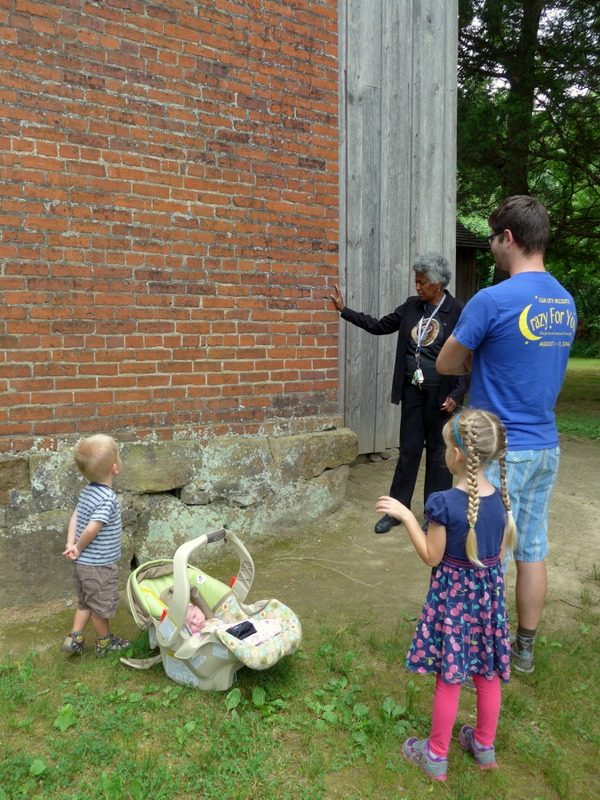 And here we all are in front of one of the slave houses; it's a pretty swanky slave house, with a stone foundation and wood floors and a brick chimney. Mr. Bennehan wanted to protect his investments; his slaves kept getting deathly ill from insect-borne diseases so he finally decided that if he were to build decent quarters for his slaves they'd stay healthier. So he built them, like, actual houses. How kind... 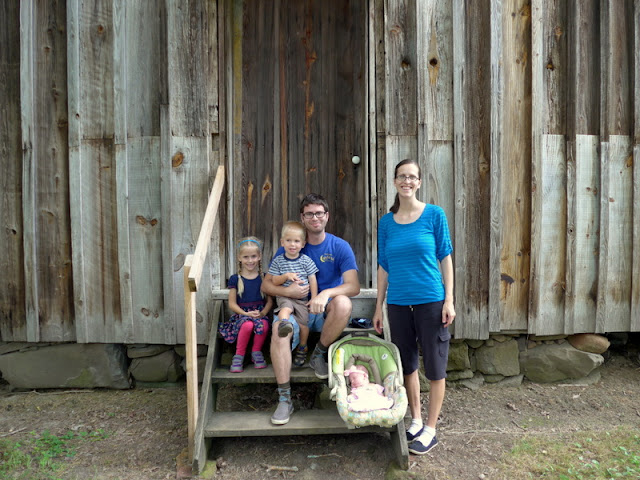 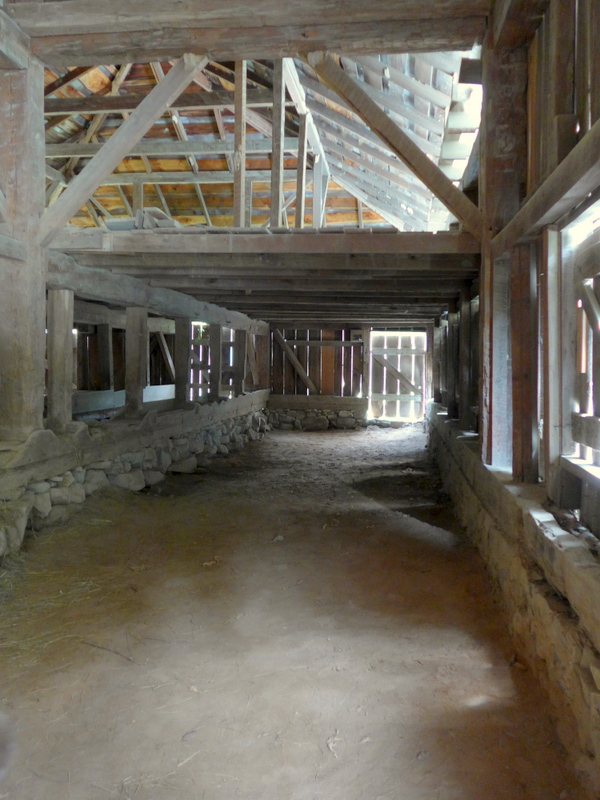 So we went back to the main site and visited the chickens. The whiter one is the rooster. He wasn't quite sure what to think about Benjamin. 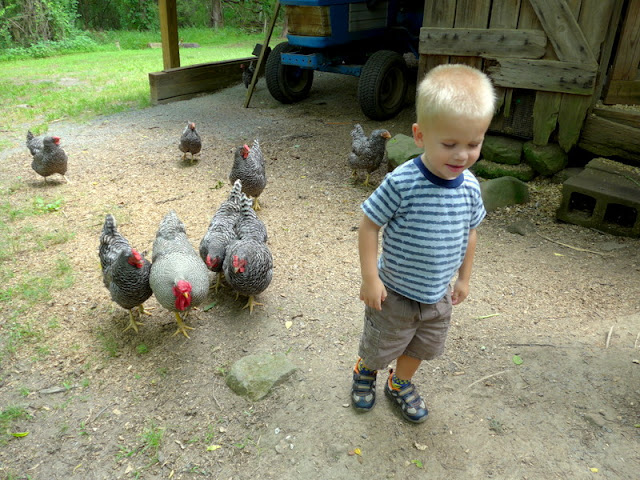 He tried to be okay with life as Benjamin approached his little brood of hens... 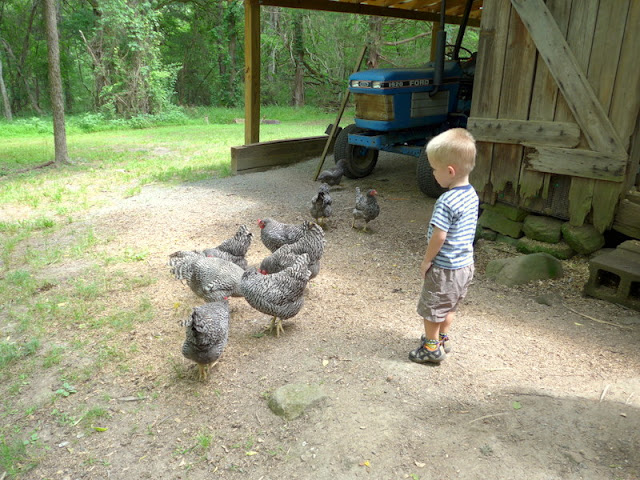 But eventually he decided enough was enough. Benjamin had the audacity to reach out and pat one of the hens, which the hen didn't seem to mind—but the rooster! He puffed out his chest, crowed a tremendous, "COCK-A-DOODLE-DOO!" and started advancing toward Benjamin like he was charging into battle. Benjamin smartly made a run for it. The rooster kept crowing at us until we had walked far enough away to suit his territorial fancy.

Benjamin was a little startled by this encounter, but then he found a feather and his life was instantly back in balance. 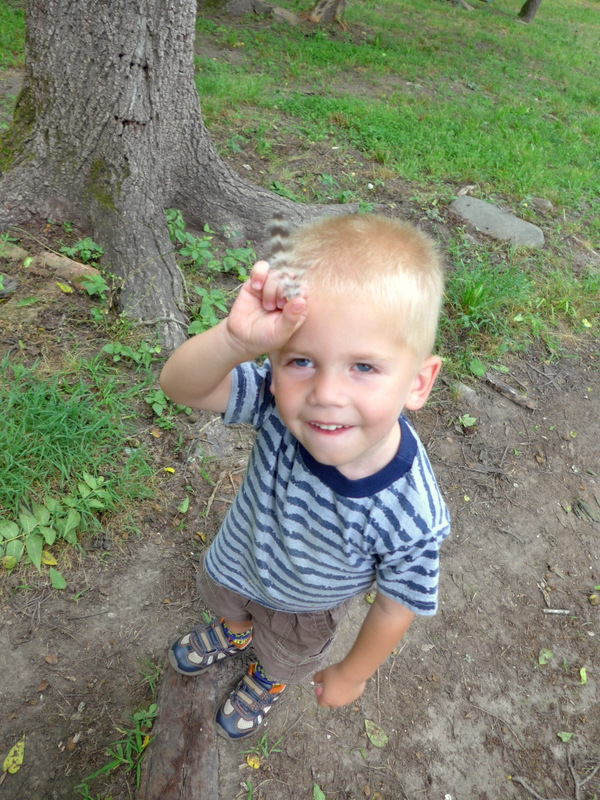 Here's Zoë with Uncle David by the chicken coop: 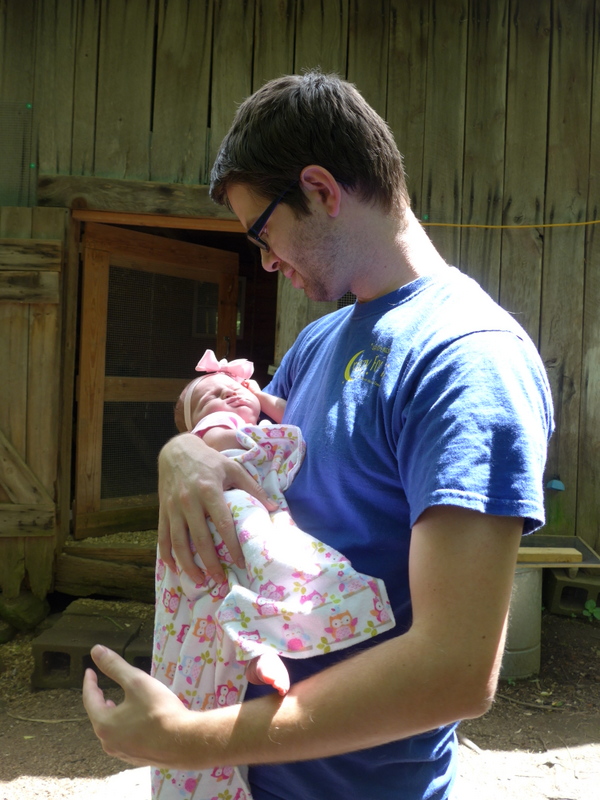 We went to the visitor's center to use the restrooms and then stayed to watch the little introductory film while Zoë ate. Then we joined the next tour group to visit the Bennehan House, though we left before the tour of that building was over because we had to get home to meet Rachel's school bus.

Just as I pulled into the driveway my phone rang. It was Rachel's school. I answered and it was Sister R. on the other end. She's the secretary at Rachel's school and is also in our ward—lovely lady.

"Hi, Nancy," she said. "I have Rachel here with me. Diego was checked out early today—I don't know if you knew that—but Rachel didn't know she was supposed to catch the bus so she was waiting in car line and missed it."

"Are you sure?" she asked (because she's just that sweet). "I can bring her home once I'm finished here if that would make things easier for you. I have a few things to finish up, but maybe in about an hour..."

I already had Zoë all loaded up and the car was still running, so it really wasn't too much of a hassle to get out of the house. Uncle David took Miriam and Benjamin inside and I headed to the school to pick Rachel up. Everyone in the office—several teachers and support staff—was excited to meet Zoë.

"I feel like I'm cheating!" Sister R. said, "Getting a peek at Zoë before anyone else at church!"

We had to hurry home so Rachel could get ready for a birthday party. It was a slumber party and she was so excited about it...but I told her she couldn't sleep over. Not because I'm against slumber parties, per se, but because it was Uncle David's last night with us.

I had a hunch that Rachel was embarrassed about not being allowed to sleep over because she told me she'd rather not go at all.

"Abby's mom said Abby has to leave early, too," I informed her.

"Because she said so when she RSVP'd."

That's the beauty of e-vites.

So at 10:30 we went to pick Rachel up from her party. Her little friend Meadow left then, too, so she was in good company (Abby had to leave even earlier). That left Rachel available to spend Saturday with Uncle David, even if she missed his last evening with us.

While I was singing her a lullaby she let out the longest and loudest toot ever.

"What time is it?" Rachel asked.

"That means I was at that party for over five hours! I was holding that in the whole time!"

Oh, man! That girl certainly knows how to keep us laughing!
Posted by Nancy at 9:42 PM