Reflux: not so silent anymore

Having a baby that suffers from reflux isn't an anomaly. In fact, I've read that anywhere between 40–60% of babies suffer from reflux (depends on where you read it, I guess). Their little tummies are so close to the exits so they seem to be pooping or puking all the time.

So far, Zoë's reflux has seemed to be "silent." I know she's refluxing because she's choking on seemingly nothing and constantly chewing her cud, trying to keep all that acid down. But she hasn't been spitty at all. In fact, I've been one of those moms I used to think was weird—burping my baby without a burp cloth. My children have traditionally drenched me and everything in sight with the slightest little 'urp. But not Zoë. She managed to hold everything in...

We got her all dolled up to take some new newborn photos (because her initial newborn photo shoot ended up being less than fruitful (thanks to her resting grumpy face)). She's a lot more "cooperative" now that she's a big two-week-old.

I put her in the newborn-size outfit I picked out for her. It's our only new newborn-size outfit. Everything else has gone through one or two or more children and looks like they've been washed about a million times (because they probably have).

I chose a sweet little lavender bow to put on her head and handed her to Andrew to load into the van with the rest of the kids while I packed the diaper bag.

He came back into the house a few minutes later declaring we needed a wardrobe change because while he was buckling her in she lost everything. It was coming out of her mouth and her nose and it just kept coming and coming and coming because Zoë overate before we left (judging on how long she was gulping down milk for). 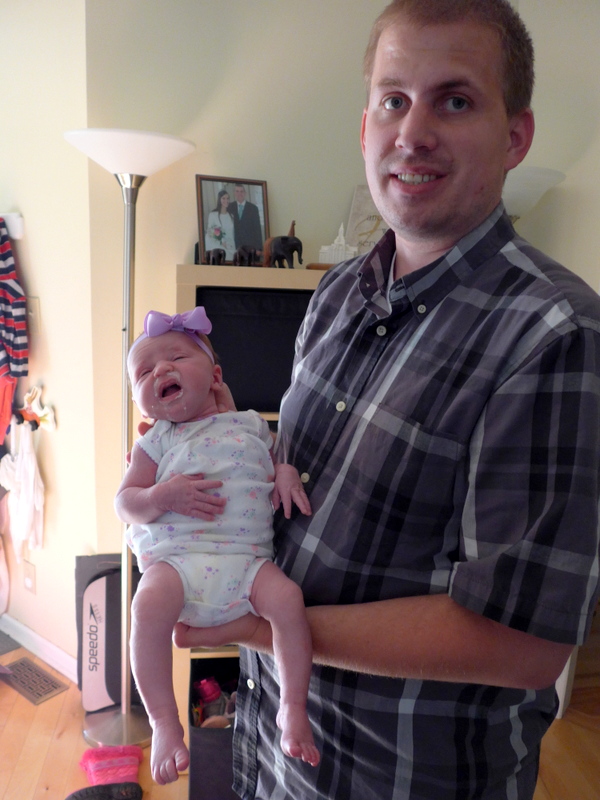 She had spit up all down the front of her outfit, her carseat was drenched, and she was rather upset by the whole situation, as was I. We couldn't take nice newborn pictures looking like that! 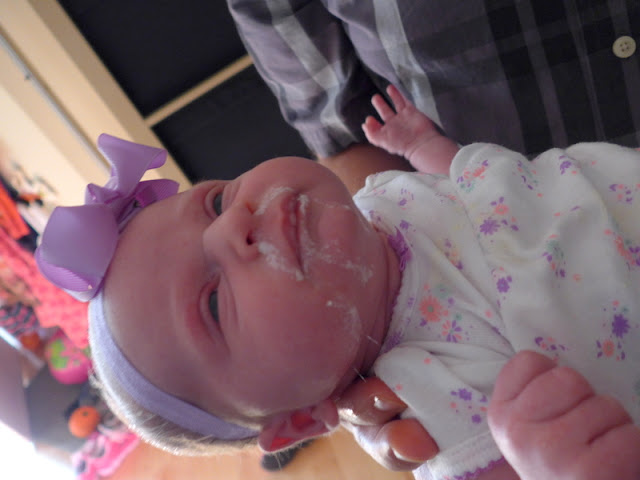 So I put her in my newborn dress that has gone through at least four children (me, my sister, Rachel, and Miriam) and has been washed probably a million times as well. But at least it's a fancy outfit and not just a onesie. 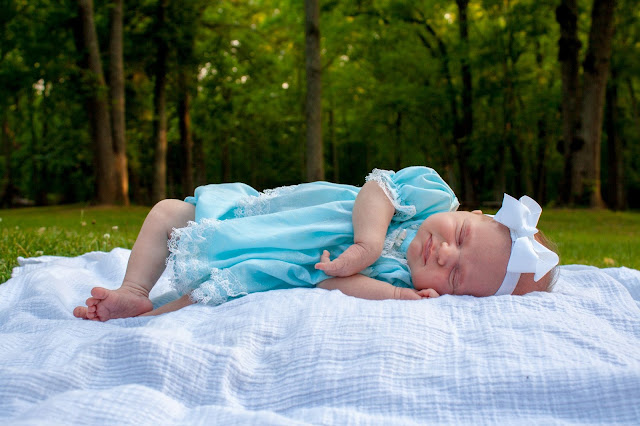 The pictures turned out pretty darn cute, if I do say so myself...but I'll probably slap that other outfit on her at some point and take a few more.

Rachel raged about what unsatisfactory soccer-mates her siblings were, Benjamin threw a rock at Miriam and got punished (by being stood on a big rock he couldn't get off of by himself), and Miriam, well, she got hit in the head with the rock that Benjamin threw.

So all in all it was a totally successful FHE outing!
Posted by Nancy at 1:25 PM