On Tuesday morning Andrew texted me to let me know that he'd finally "made it" and had met up with my mom and brother in London. 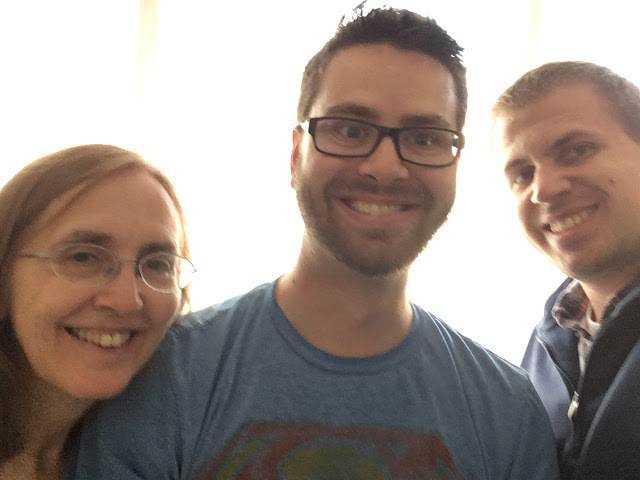 He's there to conduct some interviews for his dissertation research and is crashing on David's bedroom floor. My mom was there on her way home from a viola congress in Italy. David's there because he lives there now.*

So while my mom and Andrew have been texting me photos of themselves in spectacular places doing spectacular things, I'm texting back things like: "Zoë figured out how to take off her diaper," and "Just hanging out at the park. Hoping for nap time soon," and "By the time Benjamin finishes putting away the dishes I will be 85."

Although I'm a little sad that I'm not off globetrotting with them, I'm happy to be home with my babies. I'm also happy that this trip has been so fruitful for Andrew. He left on a wing and a prayer, with no formal interviews set up and only one informal lead. But the news that he was in London for a week seemed to have moved him from the back burner to the front burner and he's gotten much more positive responses from the organizations he's contacted and has been able to do multiple interviews.

Here's Andrew and David at Convent Garden on Tuesday evening (photo courtesy of my mom): 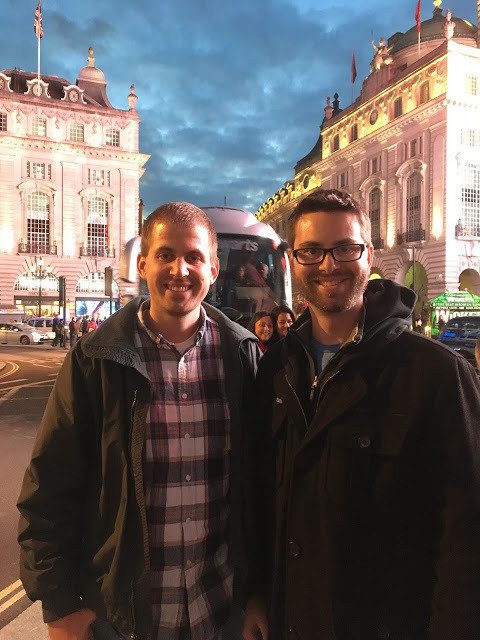 They went to see Charlie and the Chocolate Factory that night. Andrew was so tired from travelling but he said it was a great show. Then today he texted me to say that the interview he had today "went awesome" and that he was waiting for David so they could go see "LMM's In the Heights."

It took me a minute to understand that he was talking about Lin-Manuel Miranda and not Lucy Maud Montgomery. In the Heights sounded like a plausible L. M. Montgomery title but I couldn't remember ever hearing it. And then I realized that it was actually Lin-Manuel Miranda's musical (which is based on a book by the same title, but not by L. M. Montgomery). Evidently the show was "astounding."

Here are a few pictures from Andrew's travels:

* And we're so happy he does because that means Andrew has a place to stay! Andrew's travel grant was a little less than we'd hoped to get...
Posted by Nancy at 11:52 PM