This is how we hurricane

Today we had nonstop drizzling and even a few (enjoyable) downpours. 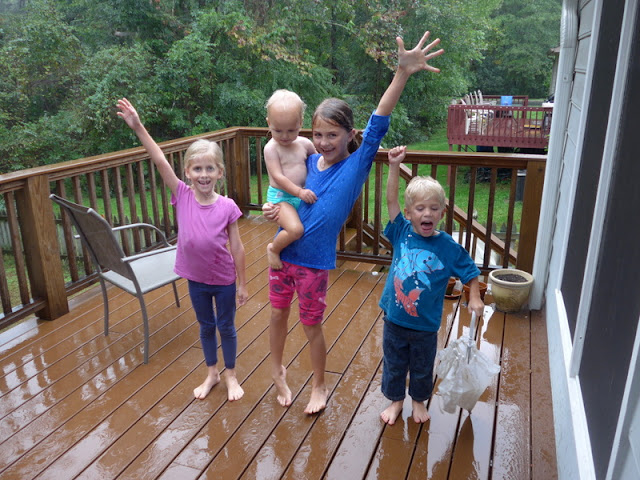 A friend in Florida compared hurricanes to "contractions in labor. Initially they come slow and intermittent. Then you get into the eye of the storm we're at crescendos and you're an actual hard labor and then you come out the other end again with an equal exit to your entrance."

Tomorrow is supposed to be another rainy day for us, but we're pretty far inland and the storm has spent quite a bit of its energy already so I don't think we'll suffer too badly.

We are thinking and praying for those harder hit, however. I showed my kids some pictures of Cuba and Haiti and they were shocked, not only by the destruction the hurricane caused in those places but also by the general poverty evident in the pictures.

Miriam remarked (about some pictures of Haiti before the storm), "Those houses already look like a hurricane hit them. What's going to happen when the hurricane actually hits?"

So much tragedy. That's what.

And by pure, dumb luck we live here in opulence while they live there in shambles (...once again).
Posted by Nancy at 1:10 AM