Miriam really wanted to pack lunch from home today (usually she just gets school lunch). She asked me about it every day this weekend and on Sunday night she finally got to do it! She put together this spooktacular feast: 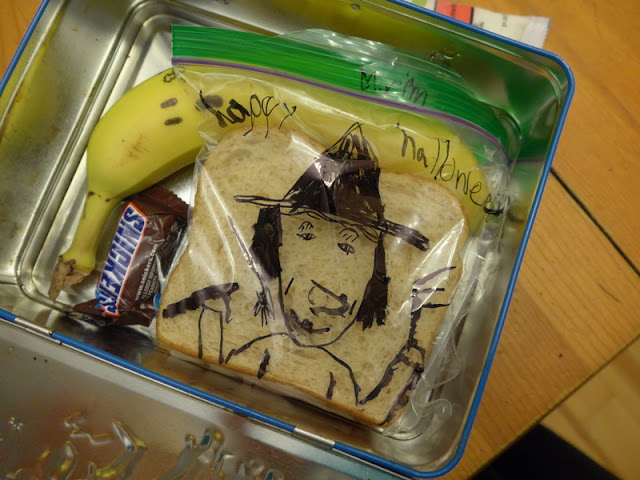 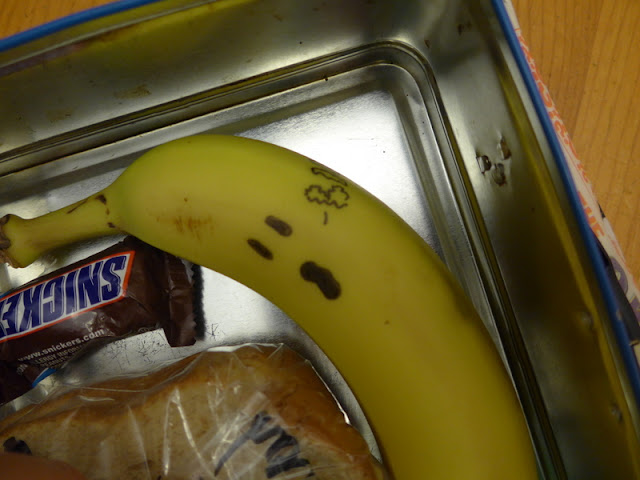 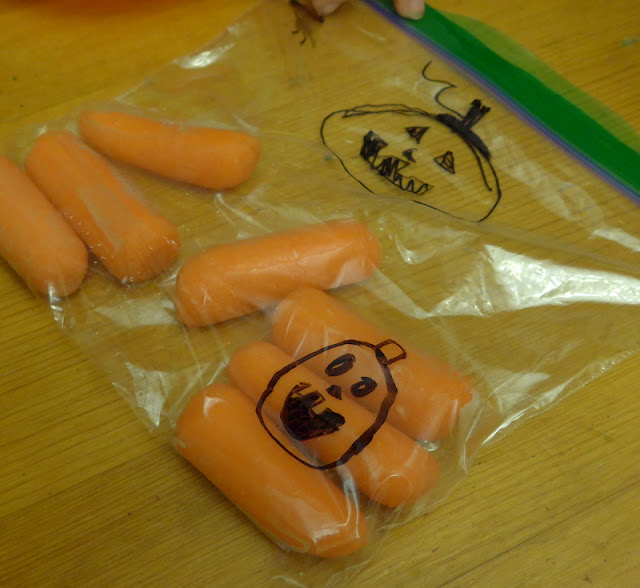 Because Andrew had to take Rosie into the airport early this morning, I was planning on getting up to put the girls on the bus (as I did on Thursday when Andrew's mom left at the same time). But then we realized that Andrew would be back in time to drive the girls, so they could sleep in a bit longer (because he didn't have to wait at the airport to pick anyone up, unlike on Thursday when he had to wait for Rosie's plane to arrive). So, Andrew came home and slept for an hour or so before taking the girls to school.

I had sent him a text message before I went to bed (after staying up to talk to Rosie) to remind him to remind Miriam that her lunchbox was in the fridge (not that she'd forget because she'd been so excited about it all weekend).

When I woke up this morning I saw that I had missed a text message from Miriam's teacher—at 7:48 AM—telling me that Miriam had left her lunchbox in the car. She'd remembered three minutes into her school day.

Unfortunately, I had to text back to say that though it would be a bitter disappointment, Andrew had taken the car to work after dropping her off so Miriam would have to get a school lunch instead. Poor dear.

It ended up being alright, though.

Her main motivation for packing a lunch from home was that she has a friend who packs lunch from home but she never gets to sit by them because she has to wait in line for her food and by the time she gets to the table all the nearby seats are taken. But today she was able to sit across the table from her friend, which wasn't as good as right next to...but good enough.

Still kind of a bummer that she missed out on all the Halloween snacks she'd so carefully prepared (it was also sad that we then had to throw half her lunch away because it was pretty warm out today which was bad news for her turkey sandwich and yogurt).
Posted by Nancy at 10:50 PM