Bathroom rants and camps in Jamestown (September 26) by Rachel

On Monday, September 26, we went to Jamestown. The first thing we did was go to the bathroom. I got stuck in the first stall! With an automatic toilet! I hate automatic toilets! With regular toilets you can open the door and then flush, if you're scared of bathroom stalls and toilet sounds (which I am)! After banging on the door it finally opened.

Then we walked to the Native American tribe camp. All of the stuff outside was hands on so we could touch anything: pelts, feathers, beds, turtle shells. I loved everything about the camp!

Miriam tried to climb up into a bunk bed, but the ladder sticks were too far apart. 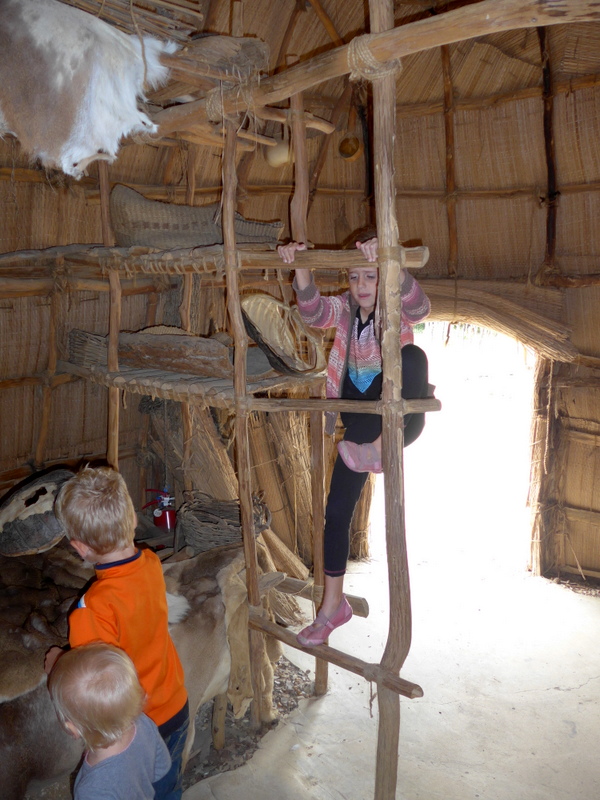 I touched most of the pelts, including a fox pelt, which, by the way, was super soft!

There was a game where there were some feathers attached to a corn cob, and you had to throw it into a target. It was a super fun game, and even life was hard, it would be fun to live in a Native American camp!

(That isn't all we did, but I just wrote about this).