Our last stop of the day on Saturday was to where the Battle of Bull Run (or The First Battle of Mannassas) took place. The man running the visitor's center was super excited about history and invited us to watch a short film about the battle, which ended up being a pretty intense 45 minutes!

When we stumbled out of the theater he said, "Oh, I hope that wasn't too gory for the children!"

We thought that was funny because at Mount Vernon we were warned several times about how violent the introductory film was, but in reality it was quite mild compared to the film at Bull Run.

Benjamin thought it was awesome because there were a lot of cannons being fired the whole time.

Andrew and I kept turning to each other with our mouths wide open. We didn't realize that back then war was a spectator sport and that people were gathered up on the hillsides to watch their men battle to the death (what). And I suppose civilians are always getting in the way of things (o hi syria) but—the poor Henry family! They were bunkered down in their little farmhouse throughout that terrifying first battle and when "Ricketts began receiving rifle fire, he concluded that it was coming from the Henry House and turned his guns on the building. A shell that crashed through the bedroom wall tore off one of the widow's feet and inflicted multiple injuries, from which she died later that day." Insanity.

I think the girls enjoyed the movie as well. Part of it was told from the point of view of a little boy and girl who lived in the area as well (and who were told in advance to leave their house or "be blown to bits" shortly before a subsequent battle broke out).

Here are some pictures from our time exploring the area around the reconstructed Henry house. 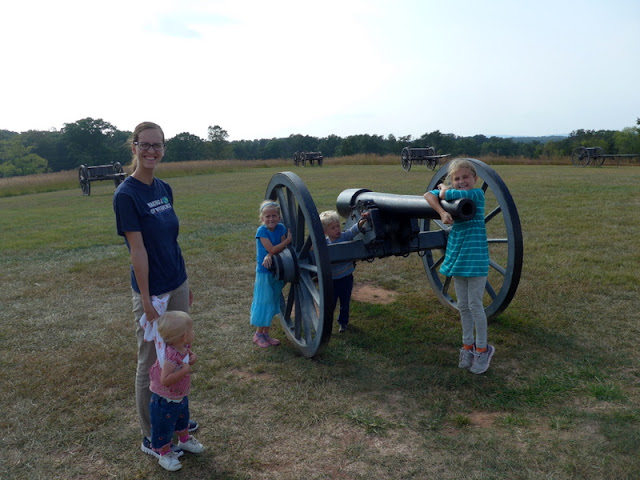 Zoë was being fussy (what else is new this trip?) and didn't want to walk but also didn't want to be carried so I tethered her with a blanket and she spent quite a bit of time running ahead and then lifting up her feet and swinging backwards. It wasn't exactly easy on my arm but she thought it was so much fun that she forgot to keep being fussy and eventually began happily exploring.

Here are the kids in front of the Bull Run Monument—completed on June 11, 1865 (eleven days before the last shot of the Civil War was fired): 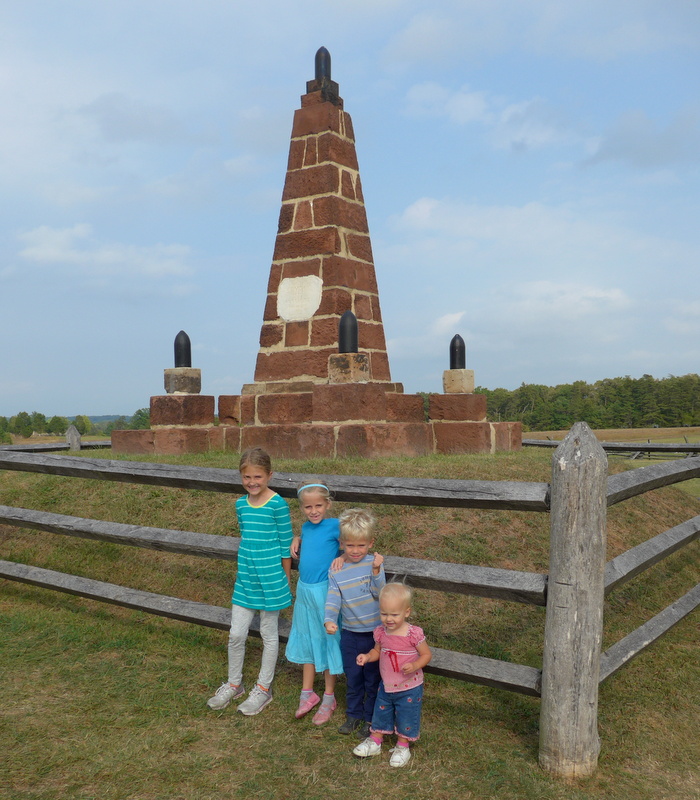 And here's Zoë standing on the steps of the Henry House: 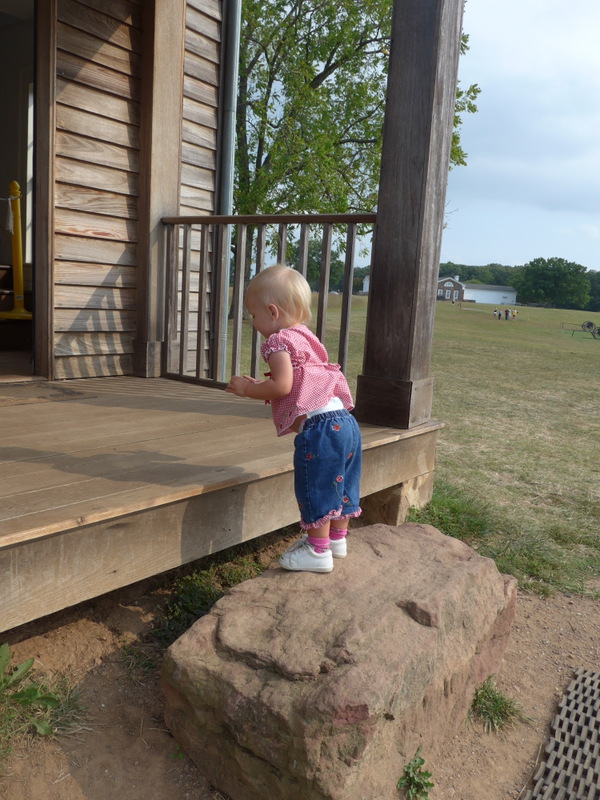 I was wondering what her next move was going to be. She just fell forward and landed on her hands (and then crawled onto the porch): 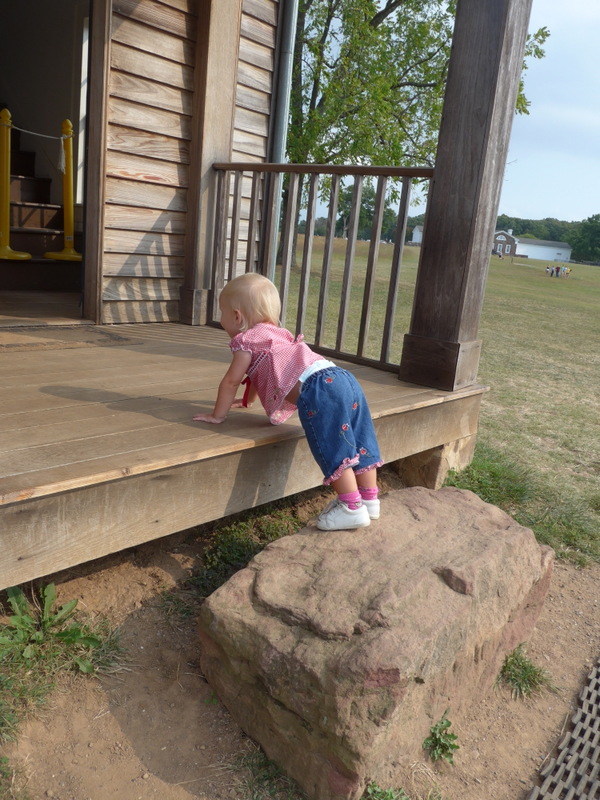 Judith Carter Hill—the invalid widow who was killed in her own house, in her own bed during the battle—is buried on the hill. For whatever reason, Zoë decided to lie down right in front of the little cemetery...which was kind of awkward. But in her defence they put shredded tires down instead of mulch and she really likes that stuff for whatever reason... 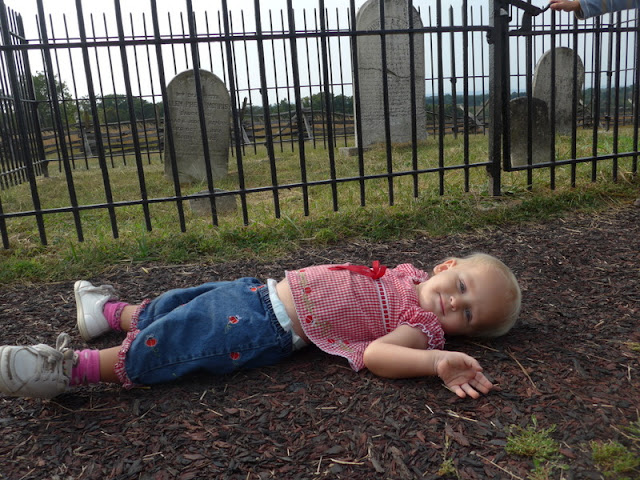 Here's Zoë starting the walk back to the parking lot: 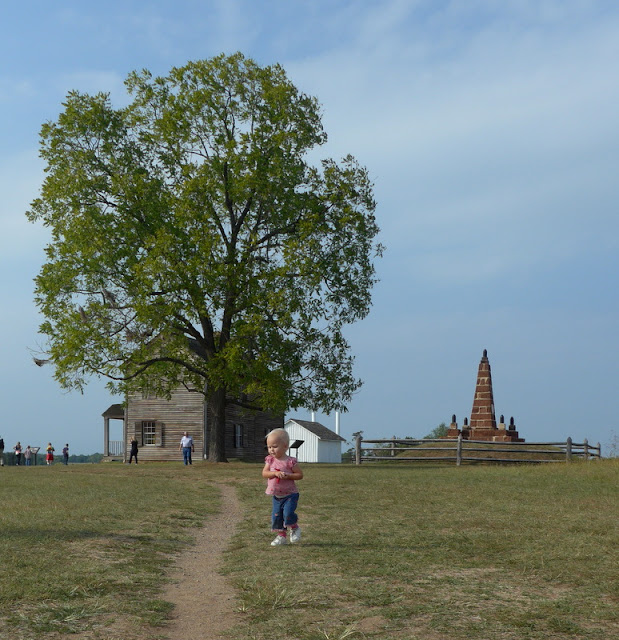 And here are some kids stopping to play with some cannons: 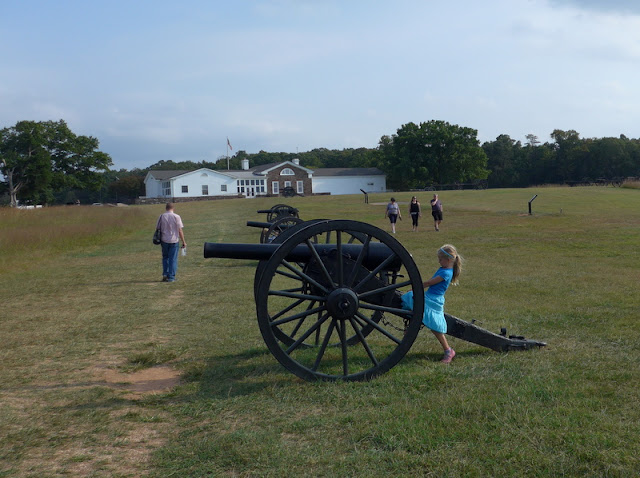 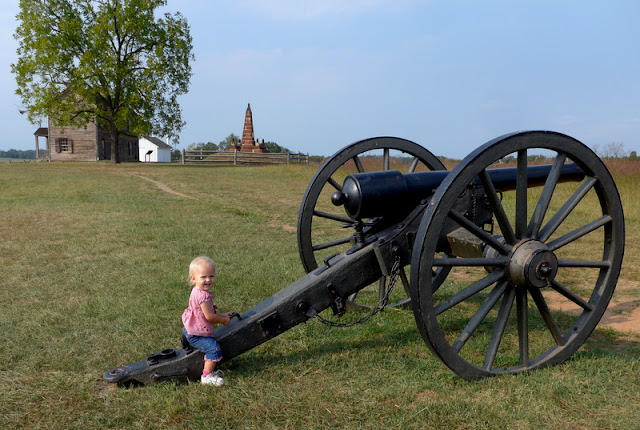 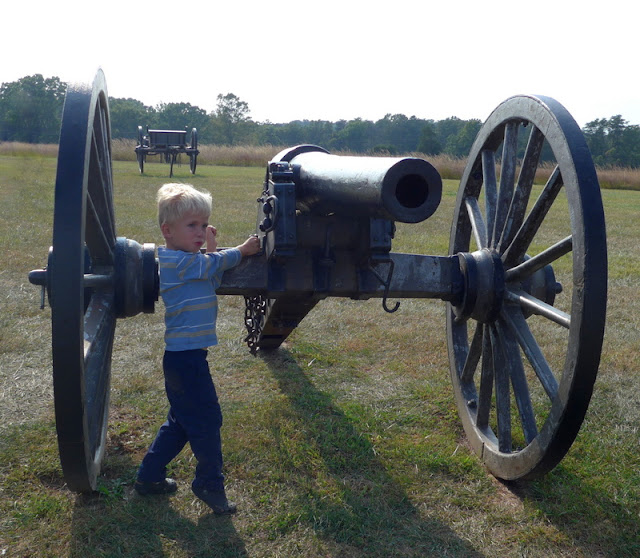 And here's Zoë getting distracted by the lovely grasses blowing in the wind: 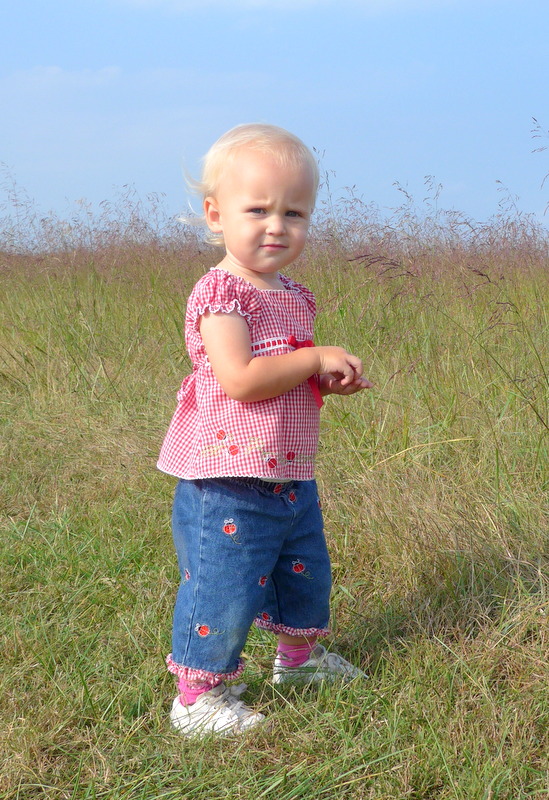 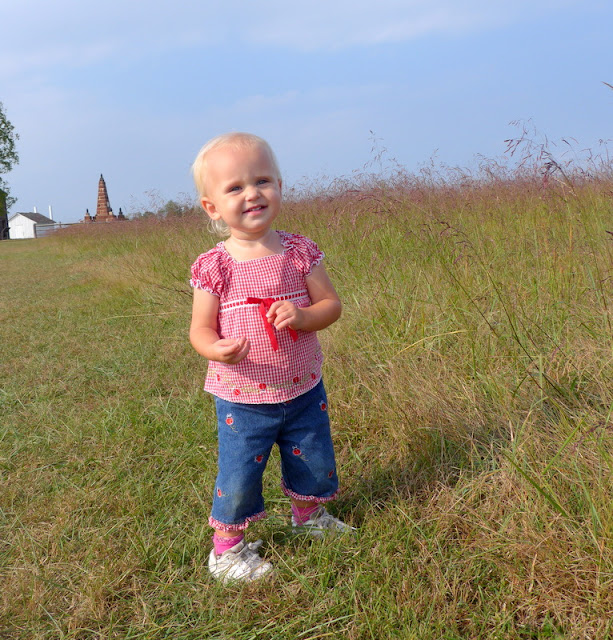 For dinner we stopped at a grocery store and picked up a fruit tray and a vegetable tray and then we spent the evening playing games together before heading to bed. Parking at Amanda's place is, in a word, horrendous (there is no visitor parking at her apartment complex which means you have to park on the street, but you can't park on the street between the hours of 6–8 AM or 4–6 PM, which means you have to get up early to move your car (to the apartment parking lot because they don't tow during the day) and if you even arrive to park on the street at 6:05 PM you're probably out of luck because all the parking has been taken and you end up parking three miles away...if you're lucky) so we found it was best to arrive back at home base earlier in the day. Besides, we were always pretty tired by dinnertime. The girls are kind of addicted to Battleship now... 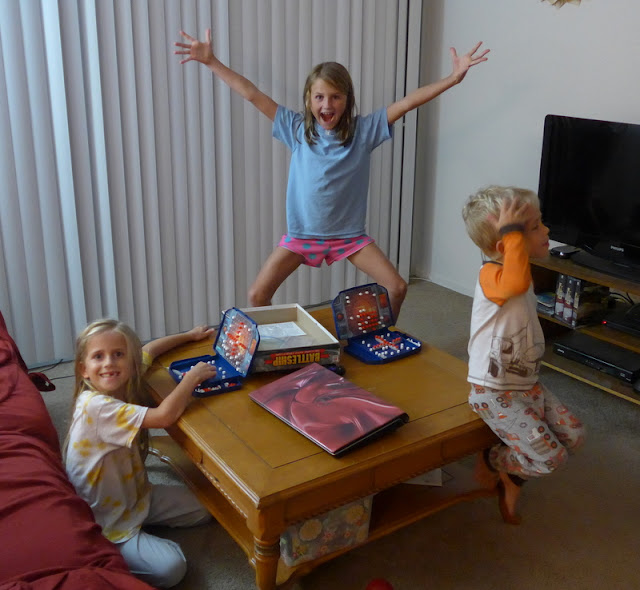 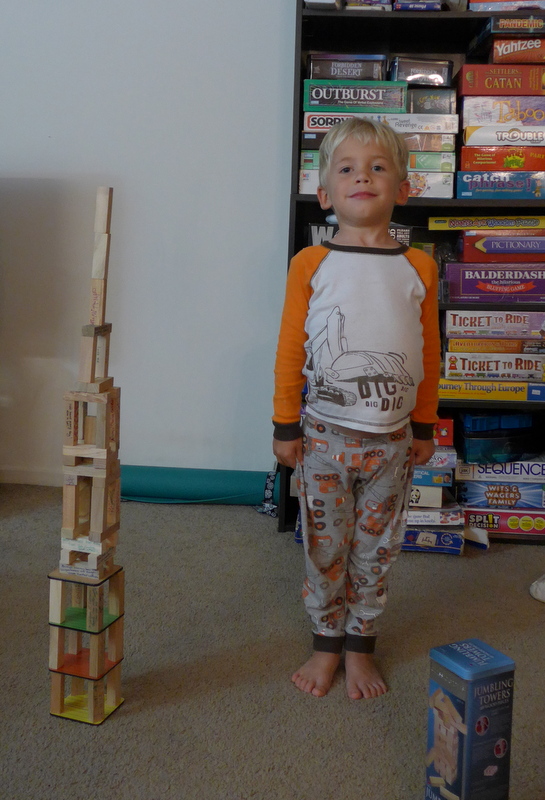 For not having any kids, Amanda's house is pretty kid-friendly (and my kids just love her to pieces)!
Posted by Nancy at 11:12 PM