On Tuesday, I picked up a toad! After I picked it up, I dropped it, because it felt really weird and gross. (It was at night time, the next morning we were going to Washington, D.C.). Well, after I dropped it, I chased it around the stroller. When it finally got onto the curb I grabbed it. It still felt weird, it still felt gross. After that I carried it home. I brought it inside, then we took pictures. Then I grossed out dad. It was fun, I had to let it go. The end.

And here she is doing her best impression of the toad: 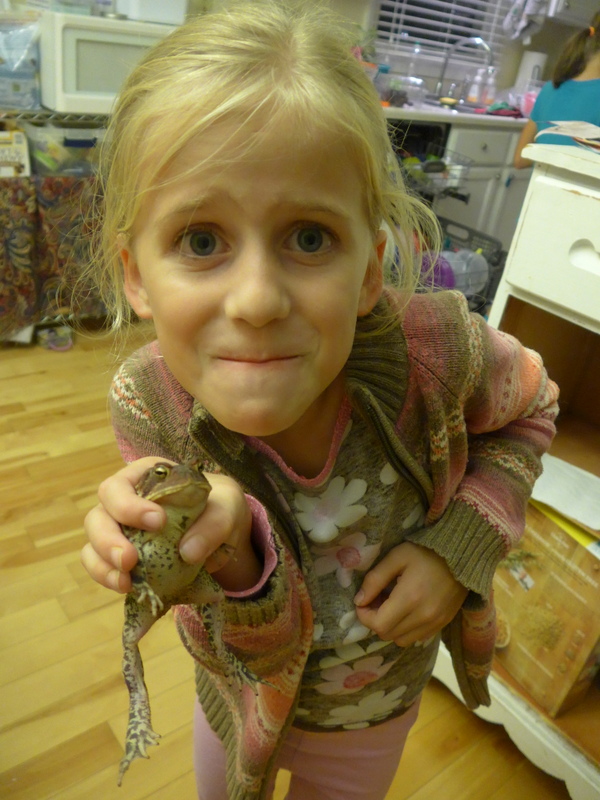 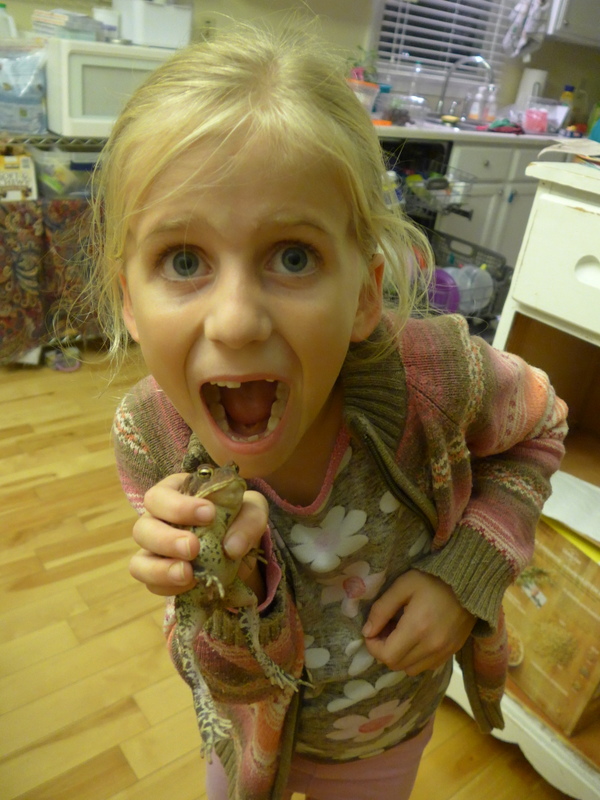 Really I think she was threatening to put it in her mouth (since she spent the summer putting all sorts of nonsense into her mouth (but apparently she draws the line at frogs because she did not put the toad in her mouth)). 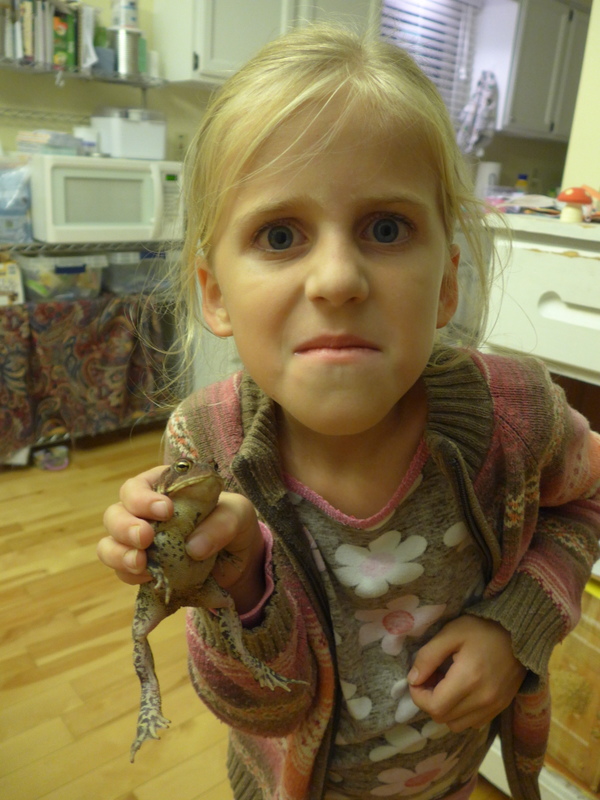