All week long the forecast has called for rain so Andrew has been taking the van to campus, leaving us stranded at home. It never actually rained while he was gone with the van, but it always threatened to so we didn't have the courage to walk anywhere too far from home (getting caught in a wicked thunder storm with four kids isn't my idea of a good time), which meant we've mostly been stuck at home driving each other crazy.

On Friday, however, we needed the van to go to ukulele practice. There was still rain in the forecast, but it wasn't raining in the morning, so Andrew took the scooter to campus, which meant we were free to go to the pool...even though the sky was threatening to unleash its fury at any moment.

It was the very last day the pool was open this year so we had to go! 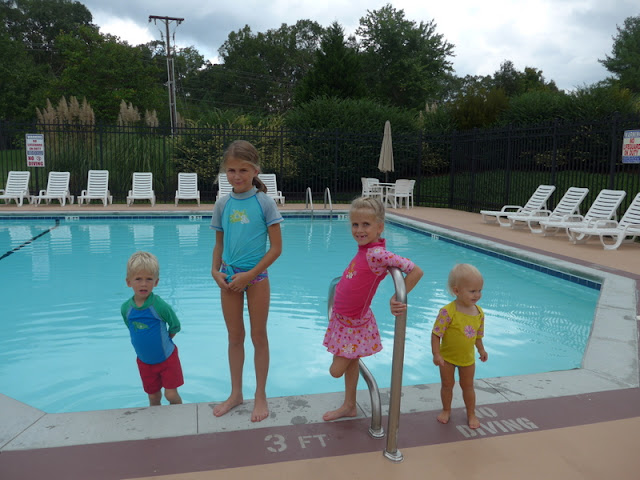 The water wasn't even too cold. The children all complained about the temperature but, honestly, not a one of them broke out in goosebumps so they couldn't have been all that cold. They even enjoyed themselves once they got in.

Zoë was the only one who didn't have any trouble getting in. If there's water, she's in it. 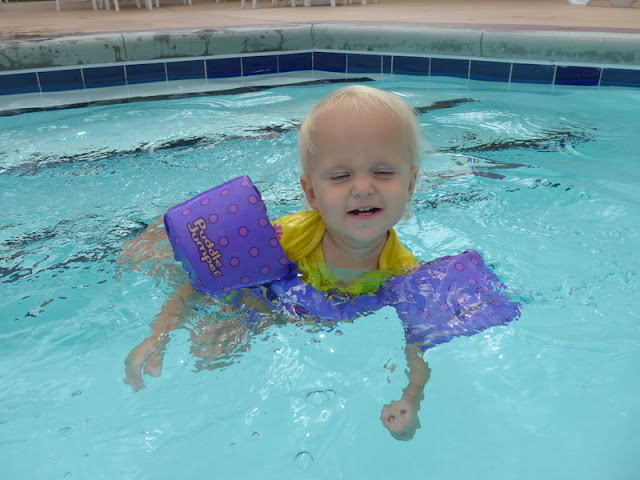 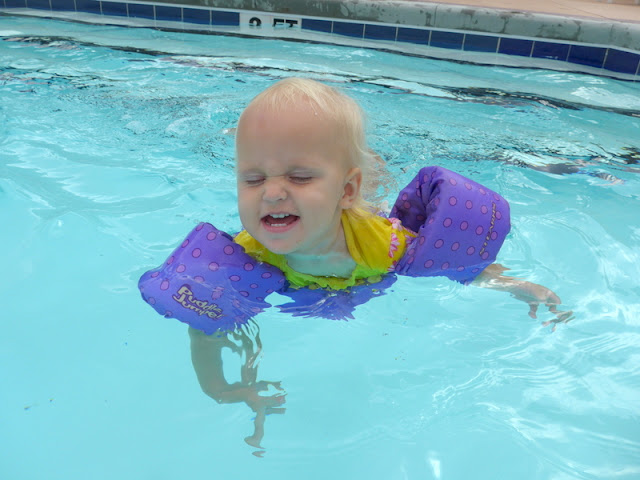 The only thing she can't do is keep up with her brother and sisters. Next year, Zoë. Next year. 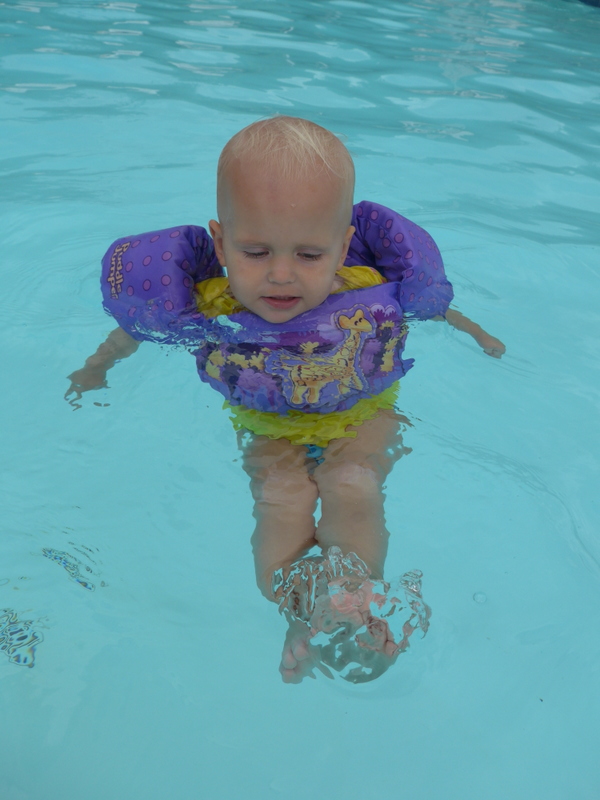 I had to push Miriam in the water to get her in. Rachel then jumped in out of fright that I'd push her in, too (and I would have). They spent the next hour pushing each other into the pool. 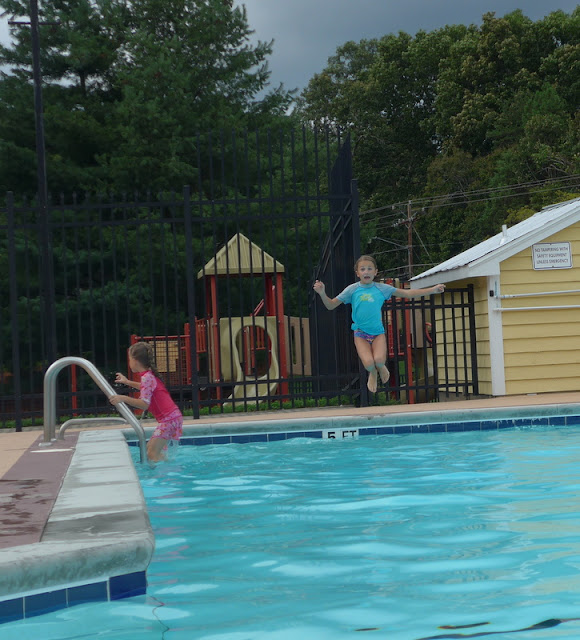 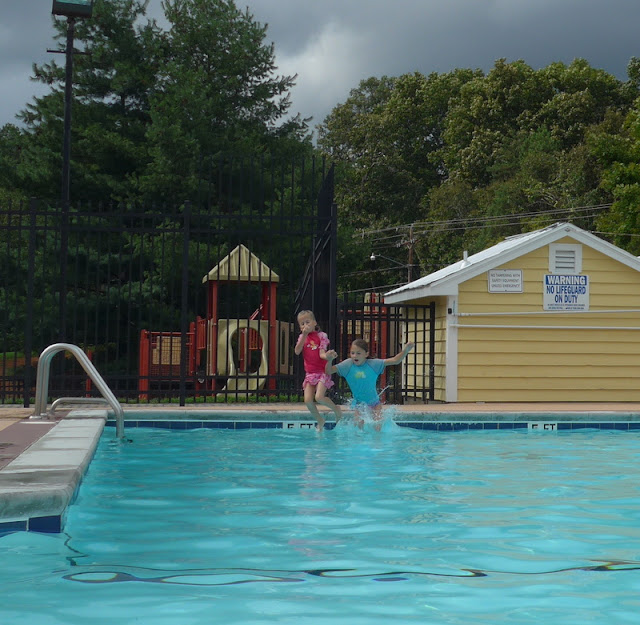 Benjamin didn't ever really end up getting in. He splashed around and paddled around on this board that someone left at the pool, but he didn't want to get his head wet. "Too cold!" he shivered dramatically. 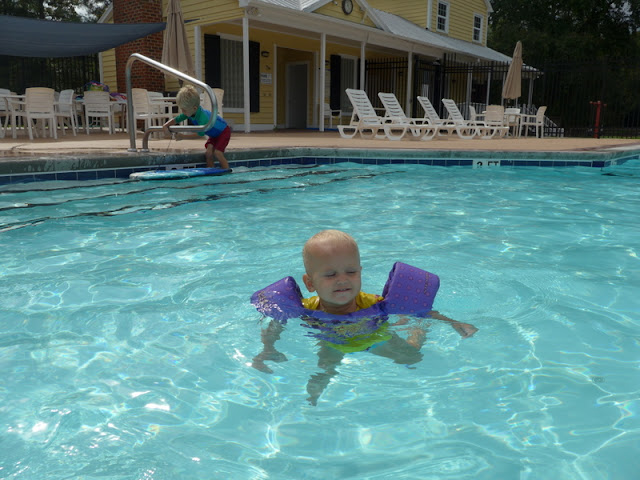 It was over 80°F (26°C) on Friday so it's not like it was chilly...except that Benjamin has spent nearly his entire life living here where 80°F (26°F) is a definite sign that summer is over and it's time to break out the sweaters.


Here are the kids all enjoying a nice warm shower together: 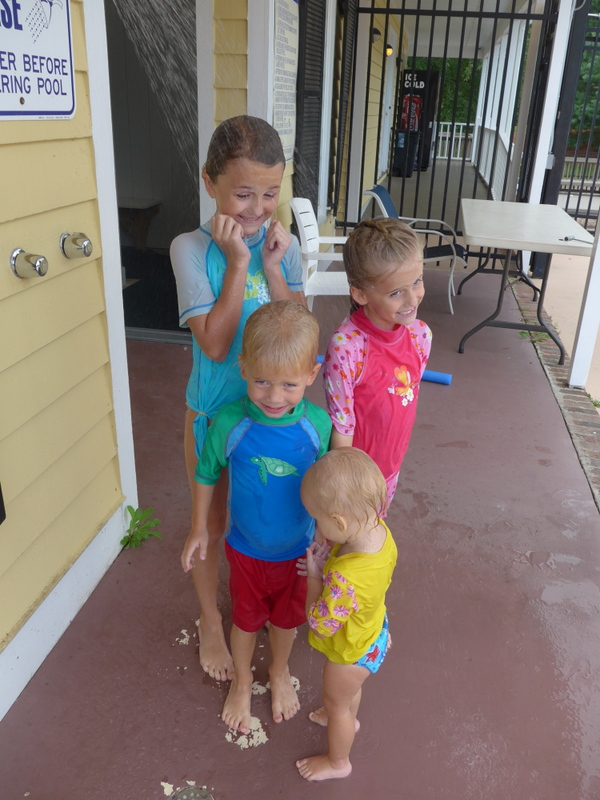 Those storm clouds did eventually chase us away. By the time we got home lighting was coming fast and furious and thunder was rattling our windowpanes.

"I guess I'll leave before it gets too bad," he said.

"Or just stay on campus and we can pick you up after ukulele," I suggested.

So he packed up all his stuff in plastic, hopped on his scooter, and rode home through the storm. He was soaking wet when he arrived home. Within minutes of his arrival it stopped raining...for the rest of the day! Murphy's law, I guess.

Now that the pool is closed I have to remember how to keep the children entertained without it.

What do children like to do besides go swimming...?
Posted by Nancy at 11:23 PM