This morning Grandma attended Rachel's soccer game, which means she had a chance to see each child play (Miriam's game last weekend, Benjamin's practice on Tuesday, and Rachel's game today). Andrew and I took the rest of the kids to Miriam's game (Benjamin, thankfully, had a bye-game; it's always nice to only have to get kids to two soccer games rather than three).

The kids are so excited to have Daddy home. 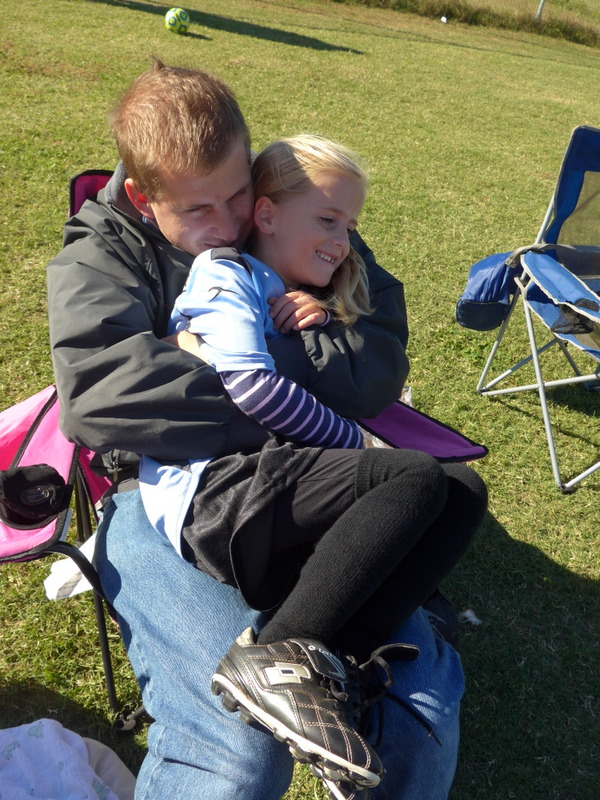 Life is just a whole lot more fun/calm/complete when he's around. 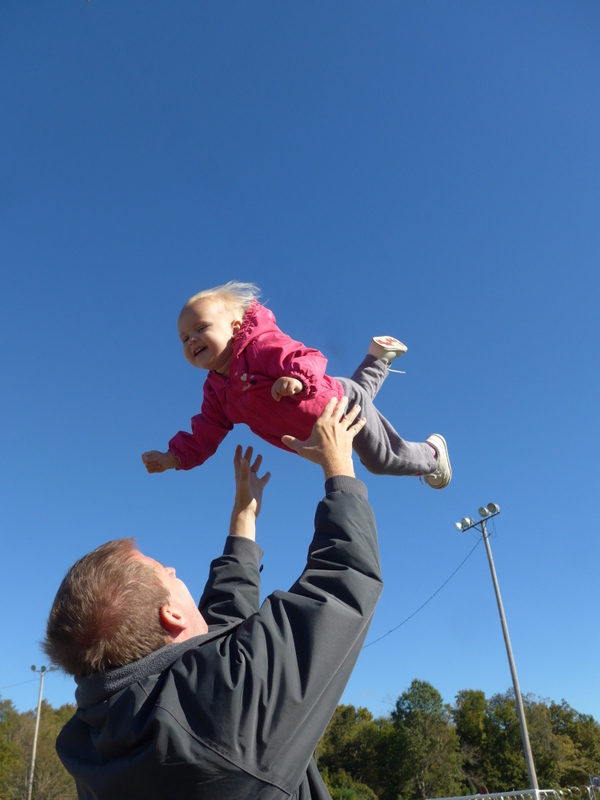 After watching Andrew toss Zoë up in the air a few times, Benjamin wanted in on the action. He didn't go up as high as she did, but I think he laughed harder. It's sad to realize he's growing out of the pick-them-up-and-toss-them-around stage. There's no going back... 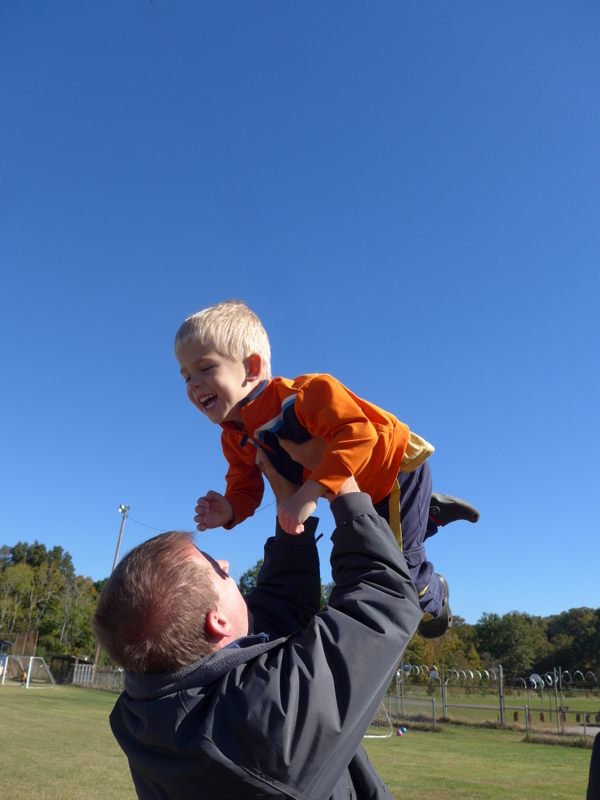 Here are a few shots of Miriam doing her best to contribute to the game: 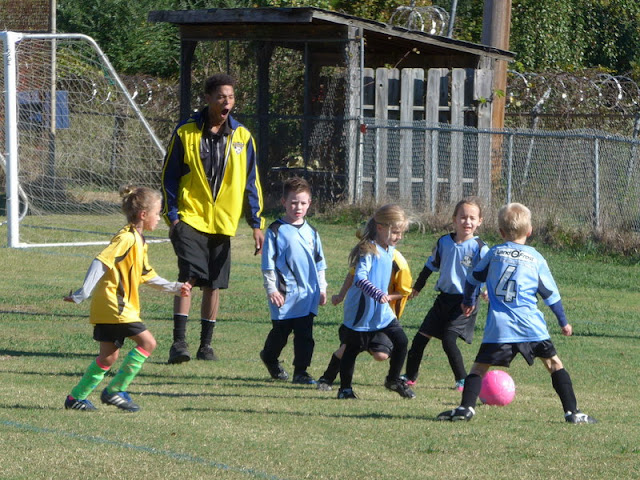 She has become an excellent ball chaser... 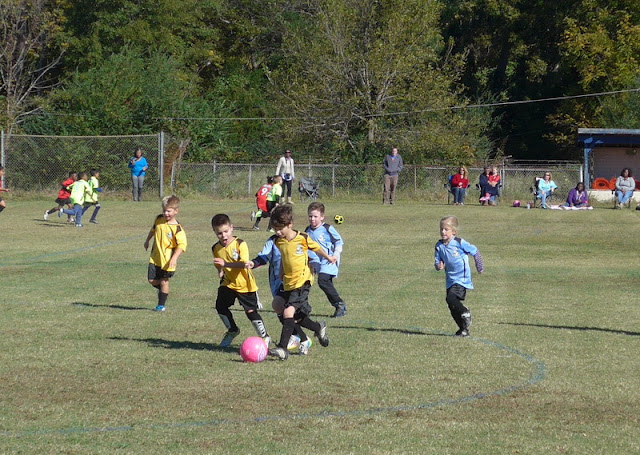 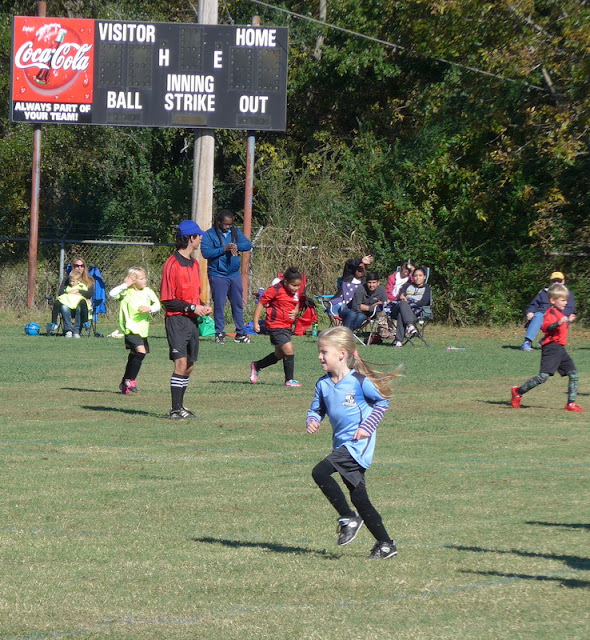 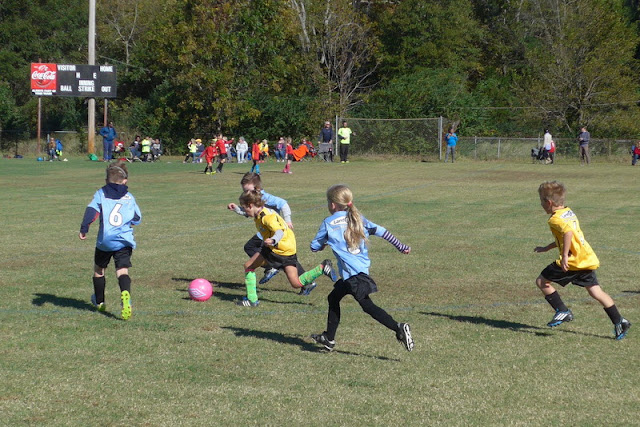 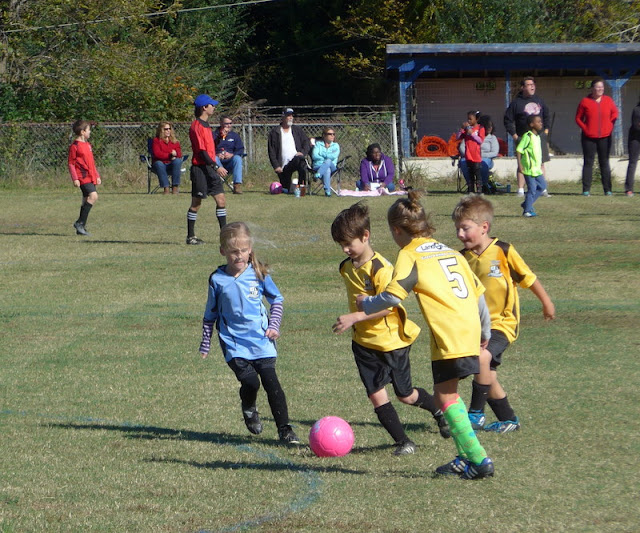 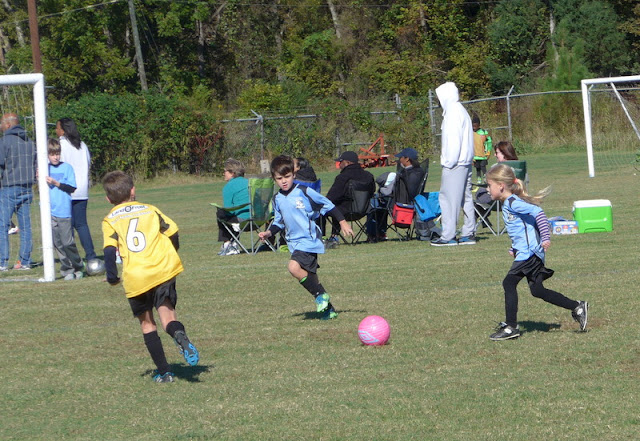 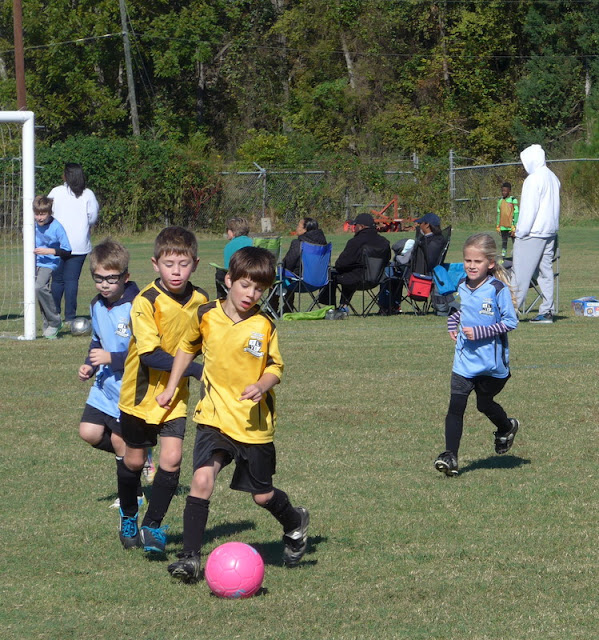 ...but when it's time to actually kick the ball she puts on the brakes and comes to a screeching halt, recoiling away from the ball and standing idly by while someone else sweeps in and the opportunity has passed. 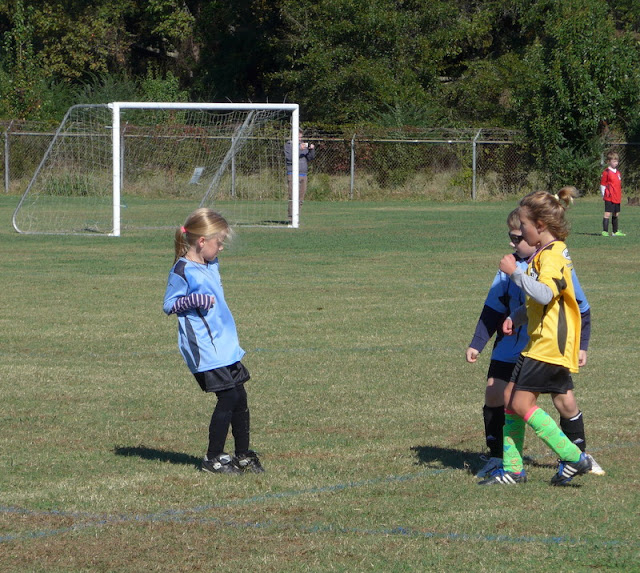 This happens probably 98% of the time. I kid you not. But everyone's really nice about it. They just cheer her on. She'll figure it out eventually, I'm sure. Or maybe she won't. I don't really care as long as she's having fun now (and getting some exercise in), which I think she is.

Here she is cheering after a teammate scored a goal (she's the one jumping on the far left): 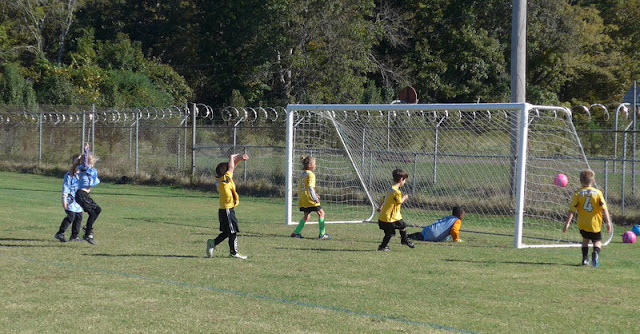 Here she is trying to receive a throw-in: 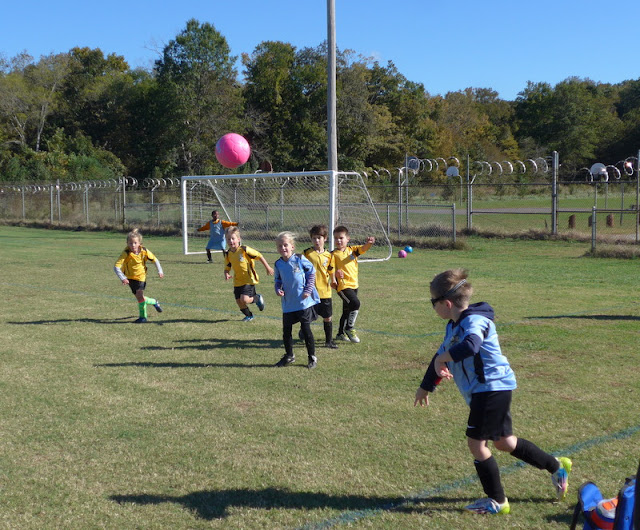 And here she is during the glorious 0.2 seconds she spent in control of the ball. I think she may have kicked it three times in a row. So, that's awesome! 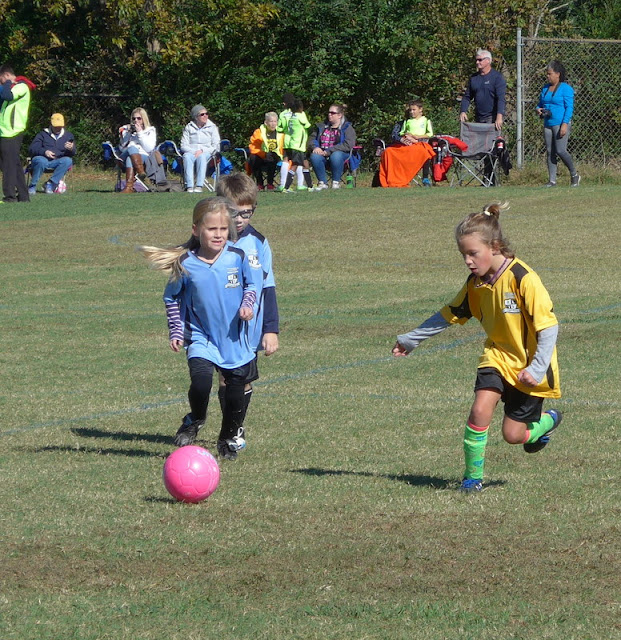 It was fun to watch her play! She sure has stamina, running up and down and up and down that field!
Posted by Nancy at 12:10 AM