Now that Alexander is two weeks old, I have some statistics for you. He just had his two-week check up on Friday and is doing great! He's very nearly 7 lbs. (he was 6 lbs. 15.5 oz) and is already 19.7 inches long (which seems like he's grown a ton but when they measured him at his two-day mark he was already 19 inches long, which makes me think that he wasn't quite "stretched" right at birth because what kind of baby grows a full inch in just a couple of days?!). The doctor was impressed that he has already surpassed his birth weight.

Though he's still pretty skinny (just look at all that skin he has to grow into)... 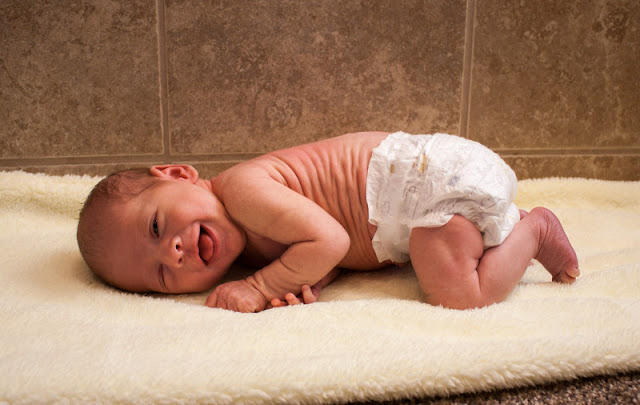 ...I can tell that he's getting some fat on his bones. In no time I'm sure he'll be as chubby as can be.

He pretty much wakes up to eat and...that's all. Every now and then he'll spend some time looking around at the big, wide, world, always with his eyebrows raised as if he's completely overwhelmed and/or super curious (maybe a mix of both). 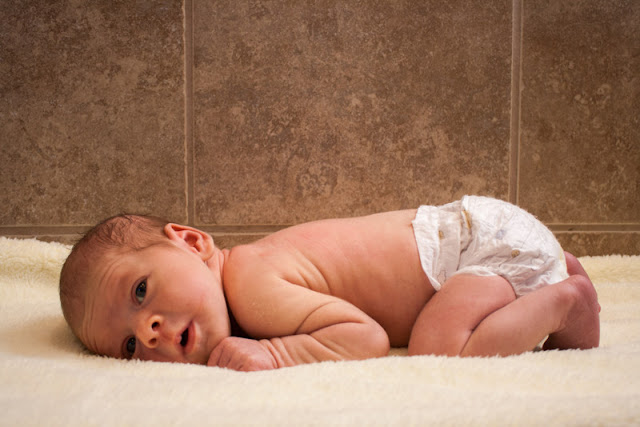 He smiles a lot and although some smiles seem to be purely physiological (eg. followed up with a poopy diaper) a lot of them seem to be actual emotional smiles. He smiles when you talk to him, he smiles when he finishes nursing, he giggles in his sleep. He's just a pleasant little guy. 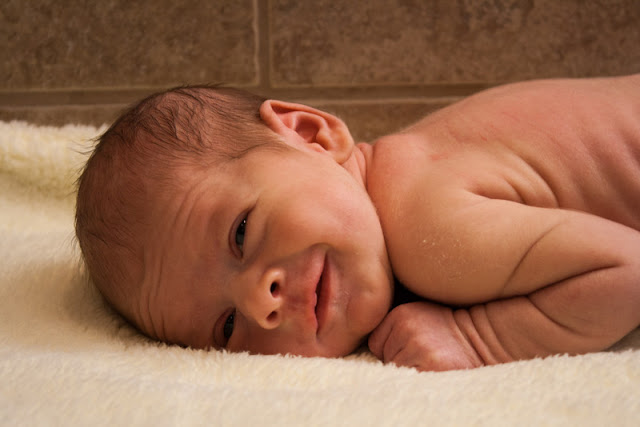 Here's a peek at his more serious side (life isn't all smiles and nap time): 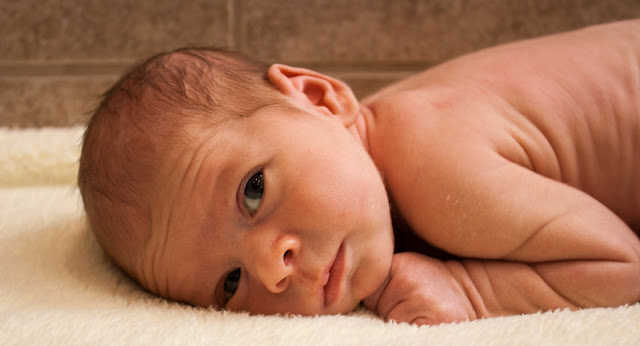 He wasn't super excited about being posed so most of his pictures are just of him all scrunched up on his belly. He prefers being swaddled to anything else and always seems to wonder why we've taken him out of his cocoon whenever we unwrap him. But, here's a somewhat different view of him: 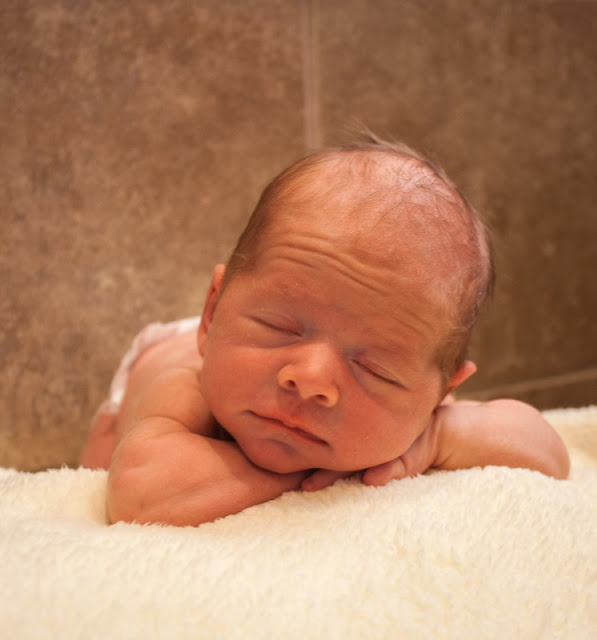 We love this little guy!
Posted by Nancy at 7:45 PM