I's more tired than I think I am

Benjamin finished his reading lessons today! His prize of choice was "a boat that doesn't go in the bathtub." We found a little LEGO set of a boat and decided that qualified as not bathtub worthy so we ordered it for him. It's been sitting patiently on Andrew's desk, waiting for Benjamin to finish, which—did I mention—he managed to do today.


He still has quite a way to go before I'd call him a fluent reader, but he's at least a reader: he reads things. Sometimes he's frustratingly slow, sometimes he guesses instead of reading, sometimes he doesn't focus at all...but at least he's reading.

Yesterday we had a story where a big fog rolled in and after sounding out fog correctly the first time he came across it in the story, Benjamin would say "mist." It was driving me nuts because although fog and mist mean the same thing they don't look or sound remotely similar.

He also consistently mixes up "a" and "the" as well as "I" and "a." I don't think this is because he's actually mixing them up. It's just because he's...well...a bit of a lazy reader.

Don't even get me started*

Tonight we read D&C 130 and Benjamin got to read the first verse. After taking three minutes to get comfortable with the idea that verse one doesn't get a number before it (how unfair of the typesetter), he finally started reading.

"Not wheen. You know this word."

"Not win. Benjamin, you know this word. You don't even need to sound it out. Just look at it."

So, reading with him can go a bit slowly, to say the least. And I'm always internally screaming about how he still insists on sounding two-letter words that he's read a billion times. It is always it. Every single time. On is on, in is in and is is is!

Just say the word without all the prelude, please! It's not that difficult (not when you're also reading words like "something" and "another" and "little" and "tiger"; "it" should be a walk in the park, as should "so" and "go" and "no" and "do" and "at" and so forth (like, just memorize them already)).

Obviously I have remained dispassionate through the entire 100 lessons (ha).

Anyway, I took my turn after Benjamin (finally) finished reading his verse and did just fine until verse four tripped me up.

You know, I usually feel like I've been coping with everything a newborn baby entails just fine until something like this happens (probably at least once a day (much more often than that, if we're being honest)) and then it hits me (again) that maybe, just maybe, I's not handling things as well as I think I am.

But I'm so lucky to be here surrounded by family! Karen's been helping get the kids off to school and picking up Benjamin from kindergarten (thank goodness for fall break—no more school this week) and playing with Zoë and Benjamin so I can rest. Josie and Rosie have been over a few times and I've just abandoned them with the kids and the baby so I could...rest.

Today my parents stopped by for a visit. While my dad held Alexander... 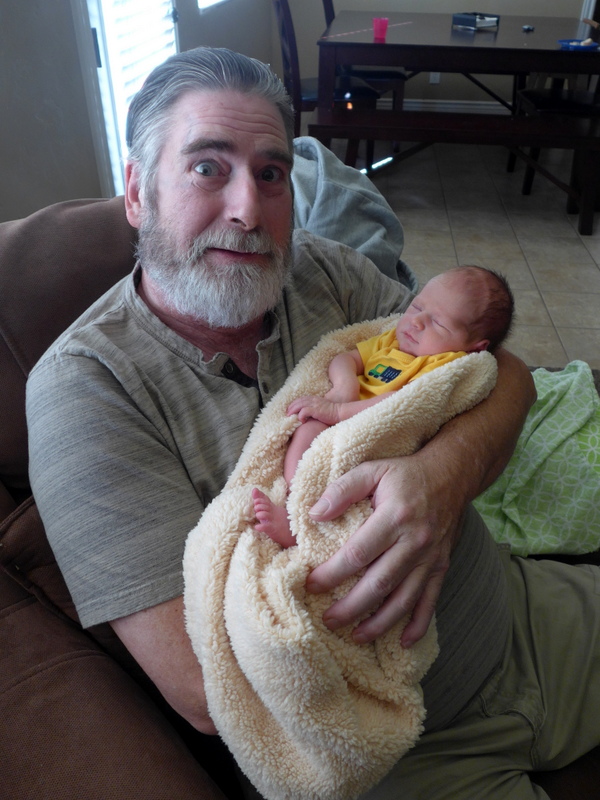 ...my mom played in the basement with Zoë and Benjamin until I called Benjamin upstairs for his second-to-last reading lesson. Both kids wanted Naanii to carry them upstairs and, amazingly enough, she did. 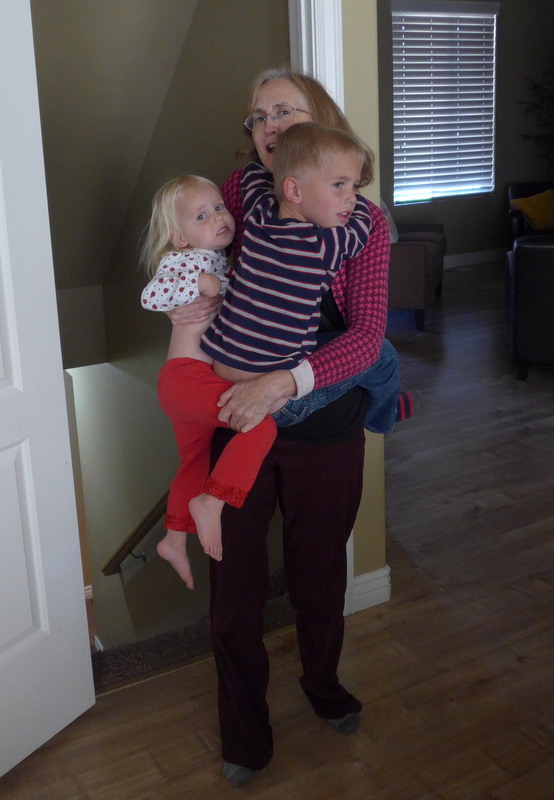 After Benjamin had his reading lesson, it was Naanii's turn to hold Alexander (while Zoë and Benjamin fawned over him). 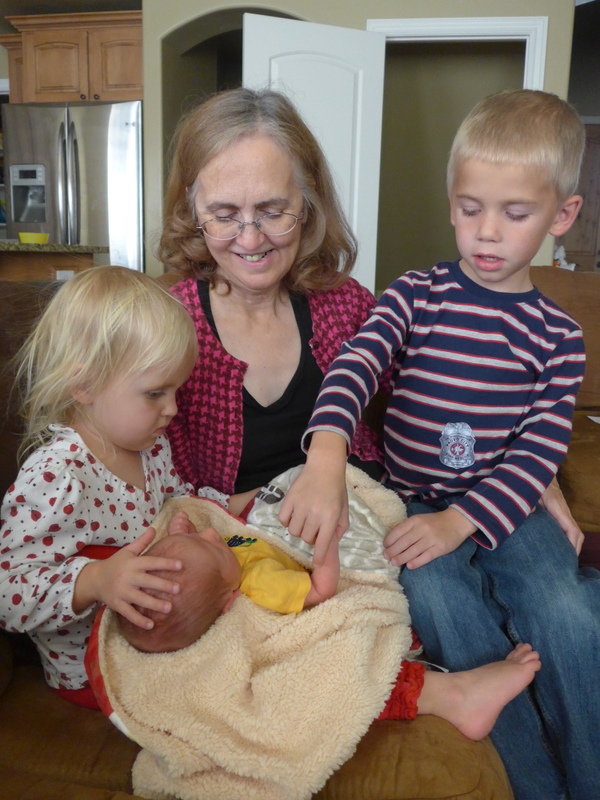 Seemingly out of the blue, Benjamin said, "Haha! Alexander's limping!"

Since Alexander was fast asleep (and so far away from walking it's not even funny) his statement seemed rather out of place so we asked him to clarify how, exactly, Alexander could possibly be limping.

That gave us all a good laugh (and then we explained the difference between "to limp" and "being limp," which I'm really not sure Benjamin listened to). 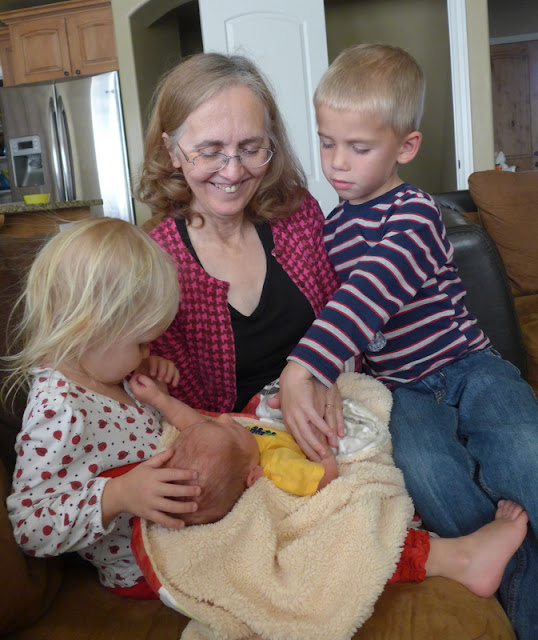 * Bahahaha! I was going to write about how you shouldn't get me started on his ability to get completely sidetracked from the actual story at hand. But then clearly I abandoned the idea and went a completely different direction. So I's no better than he is.
Posted by Nancy at 1:34 AM