Laundry days, laundry nights (where would I be without my husband)

I'm currently in the middle of doing the laundry.

Anyway, last week when I was, again, in the middle of doing the laundry, Alexander accompanied me into the laundry room because sometimes he needs to hide away from his older siblings (and be directly in Momma's eyesight). Besides, who doesn't love a baby in a laundry basket? 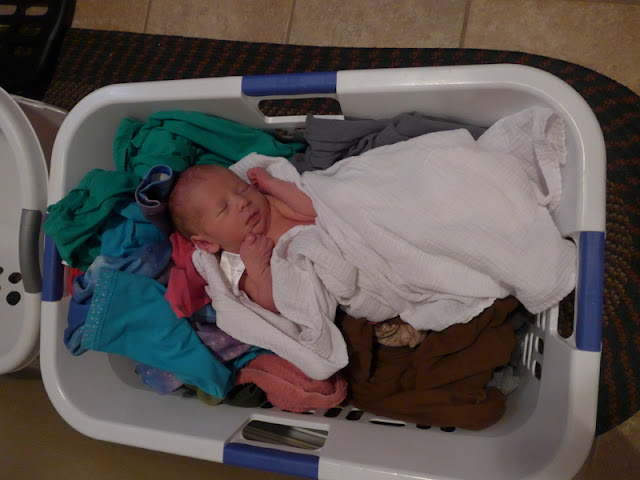 He deserves to help with the laundry anyway because the amount of laundry he generates is unfathomable (literally without fathom), considering how little he is. 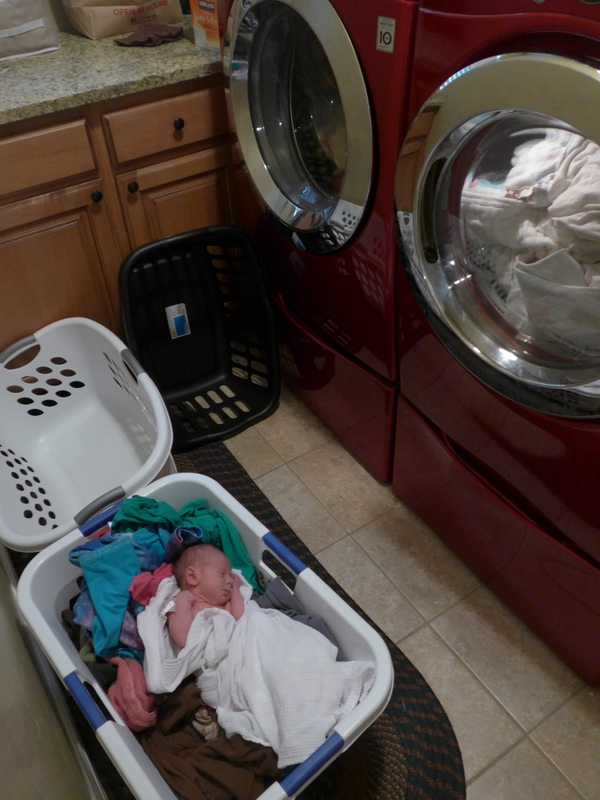 Doing the laundry often means that I can keep Benjamin and Zoë occupied for several minutes while they enjoy watching the clothes tumble dry and spin in the washer. 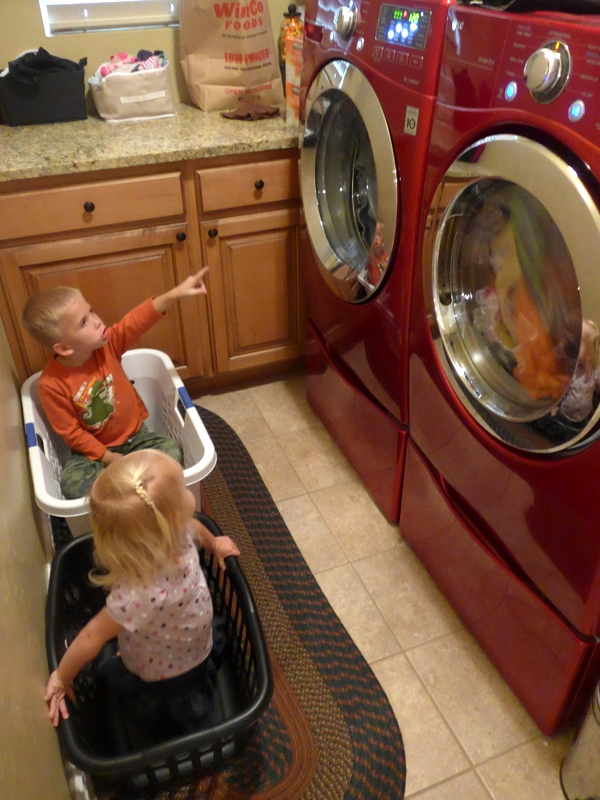 Because could life get better than sitting in your own personal laundry basket, watching the clothes spin around and around? Probably not. 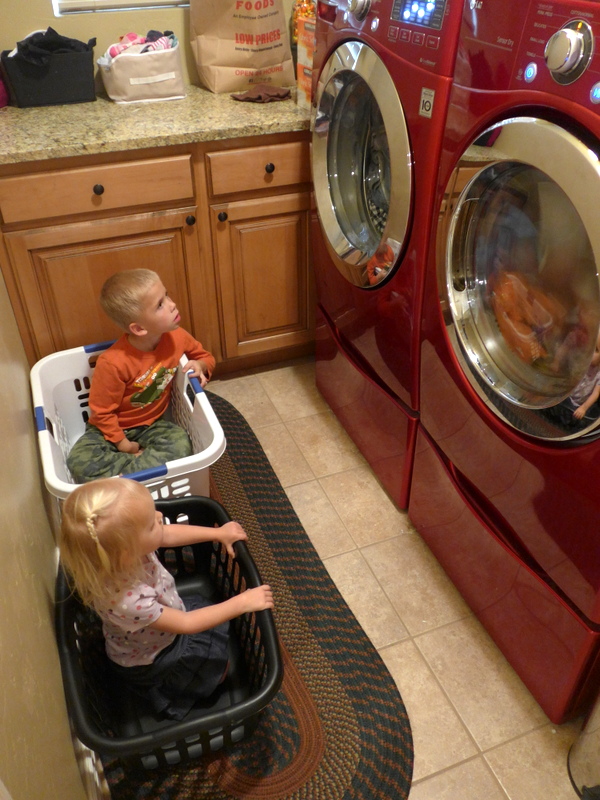 Feeling rather triumphant last week, I posted a picture on Facebook of all five laundry baskets full of clothes—clean clothes, for the record. "Those baskets are full of clean clothes," I boasted. "They might never get folded and some of them are half-empty after being rifled through in search of pyjamas...but they're clean!"

When I woke up in the morning, however, all the clothes were folded!

Andrew had stayed up extra late to fold the laundry after he'd finished working. Considering his workload the past few weeks, that was a real sacrifice. Honestly, though, it's probably a good thing he took that project on otherwise we might still be picking through those baskets today.

I'm really feeling pretty good...until I start to overdo it...and then I stop feeling pretty good for a while. And maybe doing five loads of laundry five days postpartum was overdoing it a little bit (if you don't agree, please remember to factor in the stairs—all 17 of 'em, not that I'm counting).
Posted by Nancy at 1:46 AM