The fun continues...into the sky

Last week (while we were in the hospital), Grandma saw this thing pop up in her Facebook feed about a little lottery for a seat on a small plane at the Spanish Fork airport, hosted by the Springville Flying Club. It was for kids 10–17 and there were only 100 spots available, so she figured she'd go ahead and submit Rachel's name, thinking that she probably wouldn't get chosen, but, as you probably already guessed, she was.

Karen got an email on Friday informing her that Rachel was slated to fly Saturday morning at 9:50 am. They certainly didn't give a lot of advance notice!

My initial reaction was one of trepidation because airplanes—and small planes in particular—make me nervous, but I knew Andrew would be all for it* so I took a deep breath and calmly (I hope; that's what I was going for) told Karen she could accept Rachel's spot on the plane.

The next morning Andrew took Rachel down to the airport and sent her up in a 1968 Beech, a little six-seater plane. And she had fun. And she didn't die. All good things, all good things... 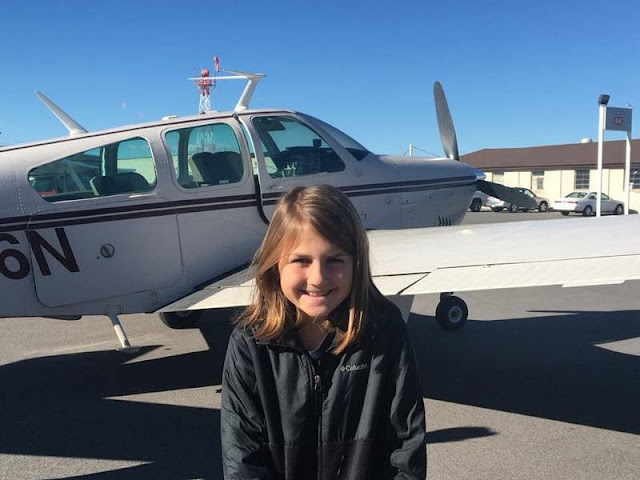 Apparently most of the other kids who signed up were teenagers. Rachel seemed to be one of the littlest people there and because she was the littlest on her plane she got the squishiest seat, way in the back. But she still had a blast.

That's her plane, soaring over the mountains: 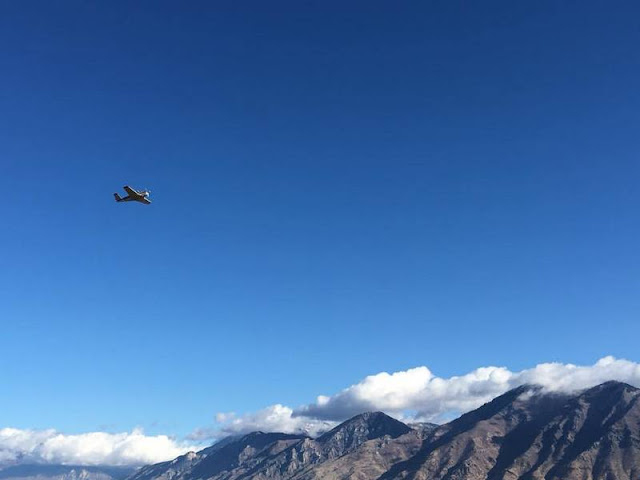 And here it is back on the ground: 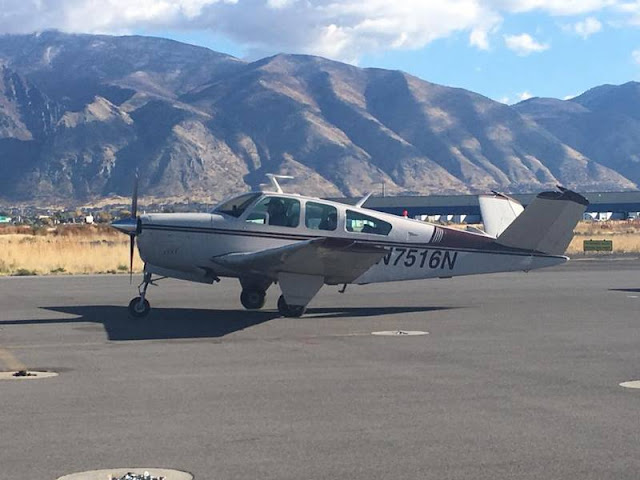 Turns out I didn't have to worry about fall break being boring at all.

* There was a time in his life where Andrew was seriously considering becoming an astronaut or a pilot. Serious enough to take some flight classes at then-UVSC. So he's been in—and flown—small planes and is much more trusting of them than I am.
Posted by Nancy at 2:58 AM