Technically, I suppose it's David's race track and it dates back from the late 1980s to early 1990s. The last time Benjamin played with the race track at my parents' house was literally July 8, 2015—when he was just barely three years old. And he played with it once.

He has been bringing it up quite regularly ever since then, just reminiscing about how amazing it was to play with or asking Naanii why she didn't pack it in her suitcase when she came to visit us out in North Carolina or begging us to take him to Utah so he could play the racetrack again.

He's been pestering Naanii about getting to use that racetrack for weeks now. Unfortunately, it took her some time to find it in the depths of her storage room since no one had used it since Benjamin had, back in 2015.

She pulled it out when we went over for FHE last week, though, and it totally made his evening.

I wish my pictures had turned out but apparently I didn't pay any attention to the settings on my camera and they were all wrong so...you get what you get and you don't throw a fit. The girls (and the grown ups) also got in on the fun, of course. 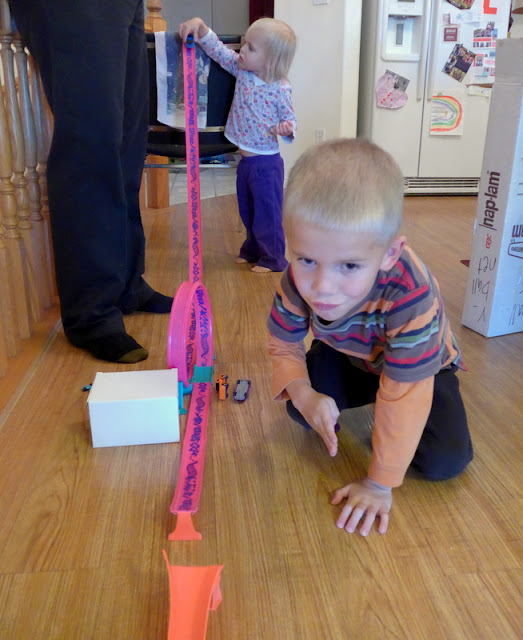 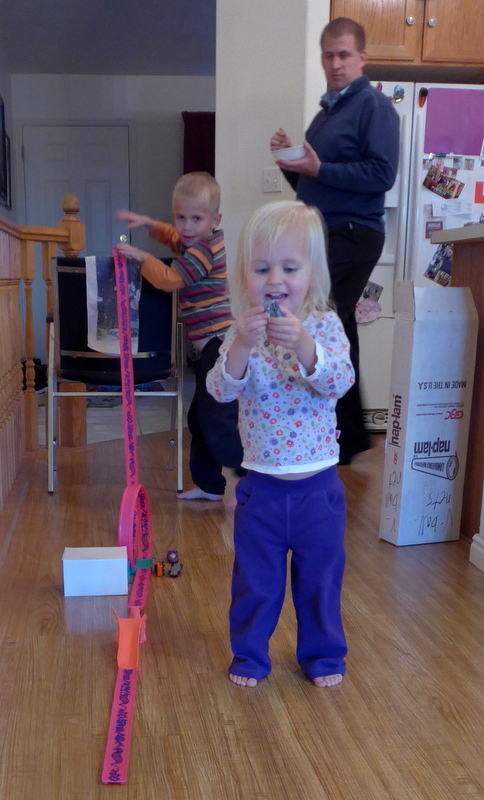 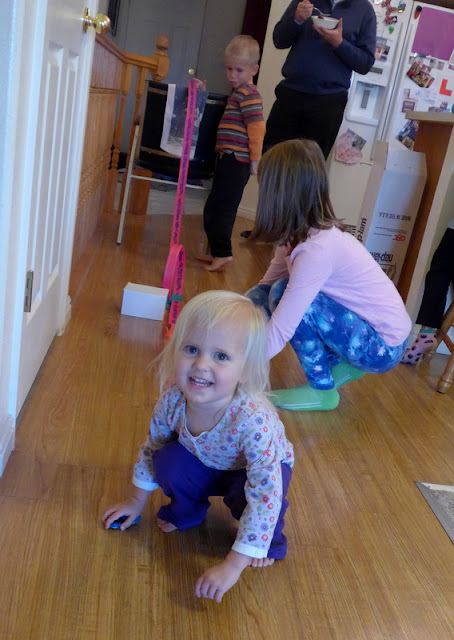 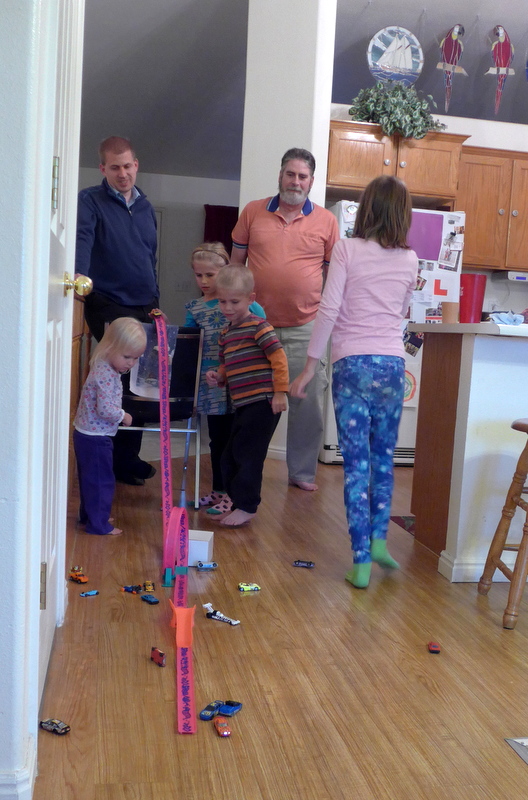 Benjamin can't wait to go back so he can play with it again!
Posted by Nancy at 11:52 PM