I love this age!

It reminds me of the time Rachel brought home a Christmas wish list from school (in kindergarten) and it said "a candy cane." That's it. That's all she wanted.

I can do that!

Somewhere along the line, however, kids seem develop this thing called "expectations" and then they start experiencing a thing called "disappointment" because if there's one thing I'm consistent at it's not meeting expectations. But before they have expectations—when they think that an excellent birthday wish is "mixed vegetables" and all they want for Christmas is a "candy cane?" Well, I'm pretty good at making childhood seem magical then.

I say "I," but the magic is really a team effort. Especially right now when I'm so busy being a pregnant grad student person. So Andrew made Alexander's birthday dinner—mixed vegetables, Molly's meatballs (from the Harry Potter cookbook), and mashed potatoes (with leftover cranberry sauce from our Canadian Thanksgiving dinner)—and Alexander was thrilled. He ate mostly mixed vegetables and ignored everything else on his plate, which is par for the course with him.

Andrew wonders where he came from because (a) whose favourite food is mixed vegetables? And (b) who actually wishes for mixed vegetables on their birthday? He had a hard time wrapping his head around such a request, but he's a good dad and came through. 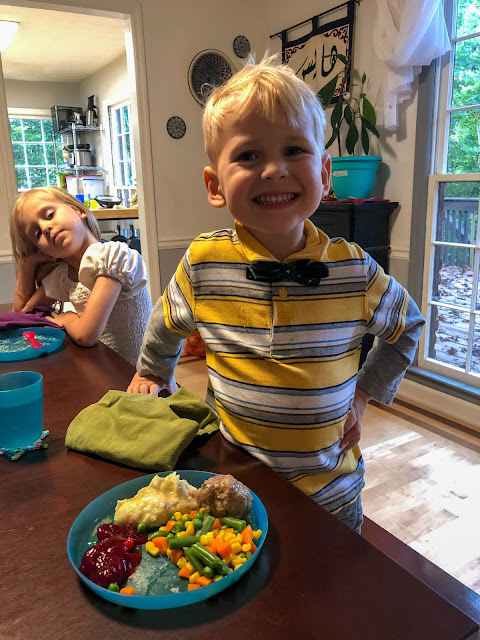 Rachel, who has become our full-time, live-in baker over this pandemic, made Alexander's cake. She did everything from scratch, of course—the cake, the filling, the icing, the fondant. He wanted a mixed vegetable flavoured cake but settled on mixed vegetable decorations after Rachel talked him into a blueberry cake (blueberries are his favourite fruit). She did an excellent job!
Here's Alexander with his cake: 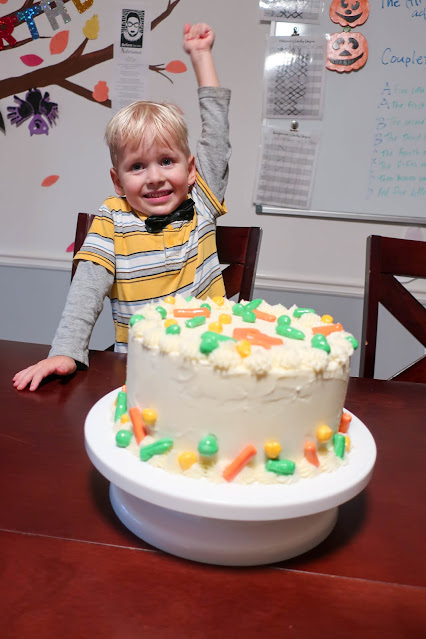 Which...is just kind of a hilarious cake. I found a few vegetable-themed birthday cakes when I searched for such a thing, but most were a little more garden-lover cakes, not mixed vegetable based. So Rachel was on her own as far as inspiration goes and she did great! 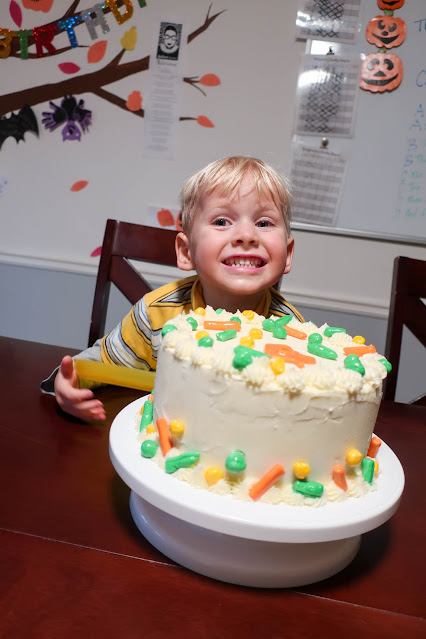 I know she's waiting for these pictures so she can post about it herself, but it's been a hectic weekend so...the picture have just been sitting on my camera. (Sorry, Rachel!) 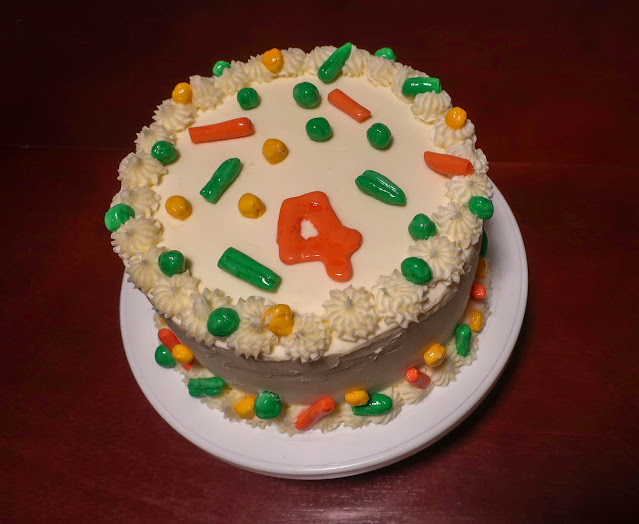 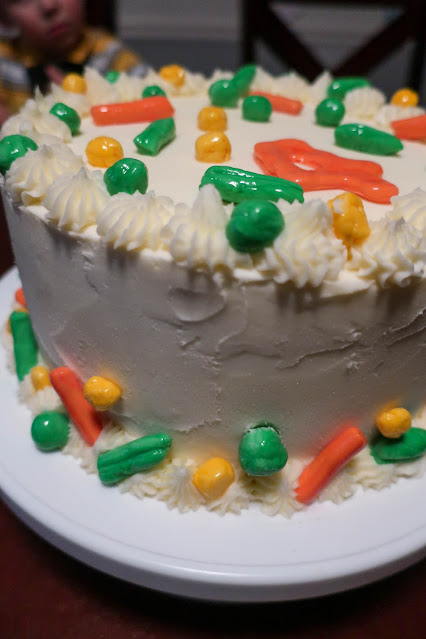 She was especially pleased with the green beans—she carefully etched a line on each one. 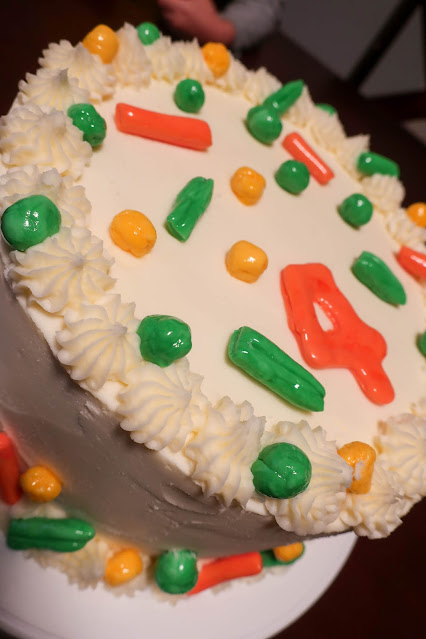 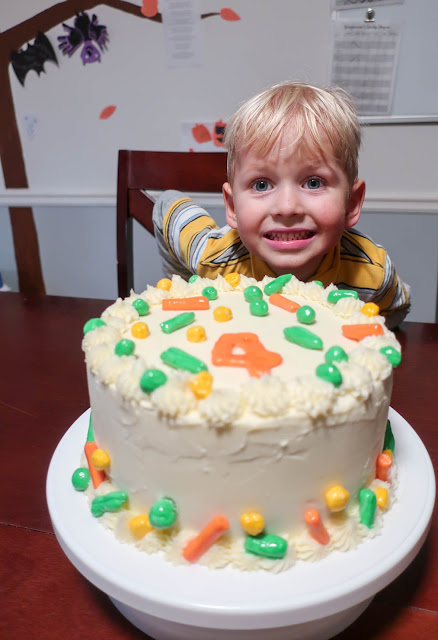 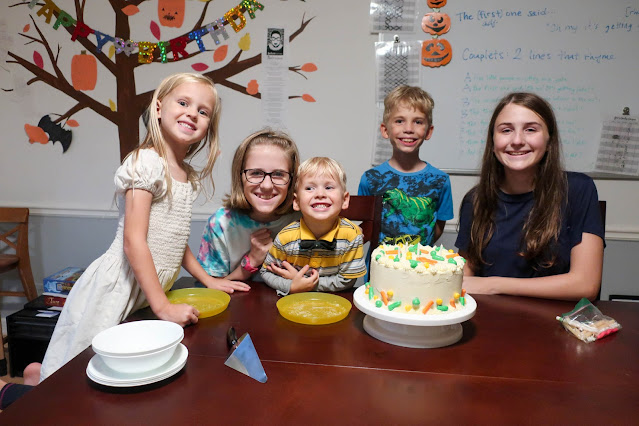 As my mom said, he's such a happy birthday boy. He's usually pretty content and easy-going. We're so glad he's ours. 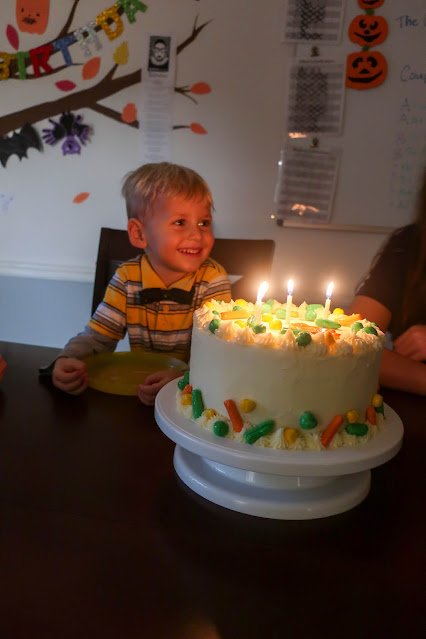 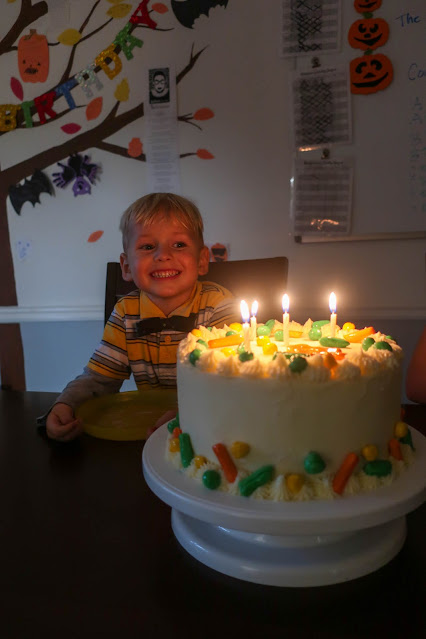 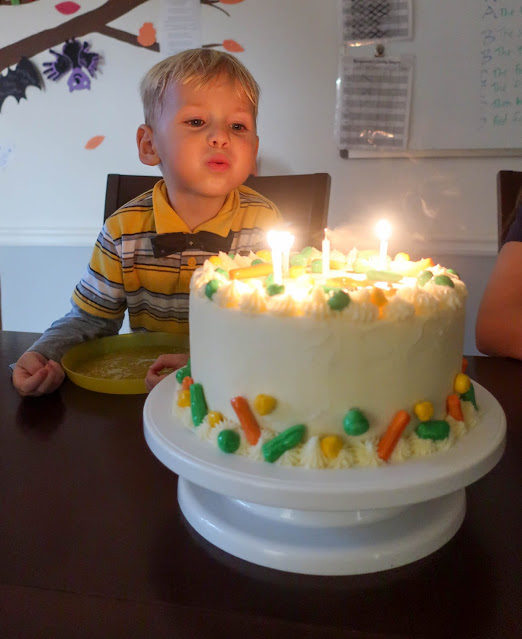 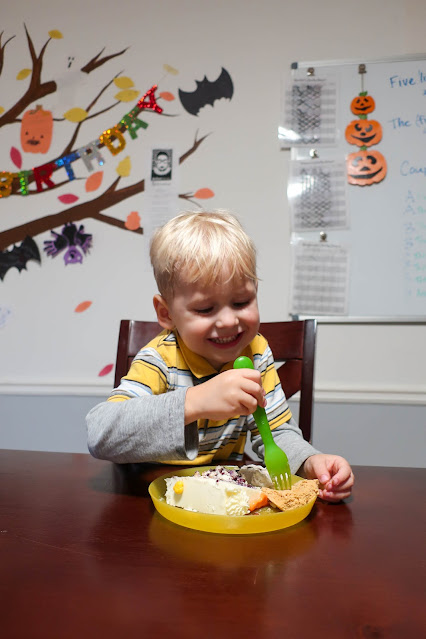 Here's a little peek inside the cake: 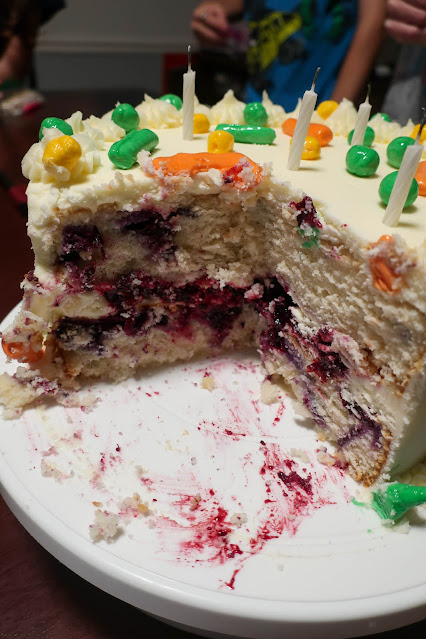 I'm sure it was very yummy, but I wouldn't know. And it all got eaten lickety-split. Usually cakes take a while to eat at our house, but this one was gone by...well...I guess technically the kids polished it off for breakfast this morning, so I guess it lasted for a few days. But my cousin Dylan came by for a visit on Friday; her family has also been fairly isolated through the pandemic because Griffin has some autoimmune disorders and Dylan has a blood-clotting disorder (so she hasn't even been able to be vaccinated yet). We decided that since both of us just stay at home with our kids all the time (she's homeschooling Griffin as well), it would be pretty safe to let our kids get together to play.
Griffin showed up wearing a Minecraft sweater, so of course Benjamin had to hurry and put his on, too! 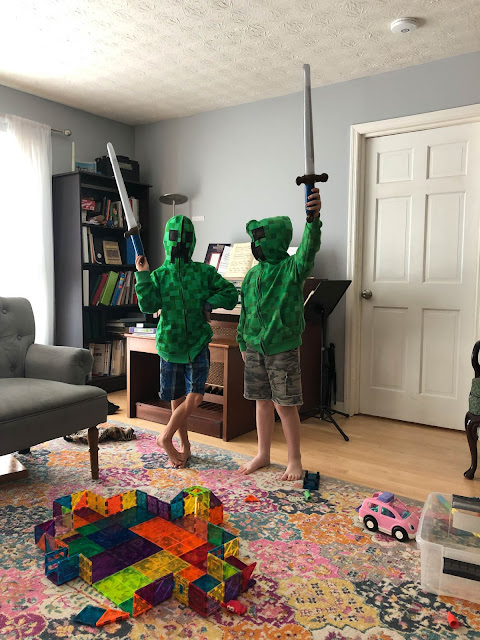 Griffin is seven, folks! I swear the last time we saw them Griffin was still pretty little. But he's now, as you can see, bigger than Benjamin. To be fair, while Andrew is tall-ish, Griffin's dad is...a veritable Goliath. And Benjamin's been struggling to keep up—size-wise—with kids his age since he was born (silly preemie), so I guess it makes sense. Still, seeing Griffin was, like, whoah! He sure did a lot of growing while I wasn't watching! 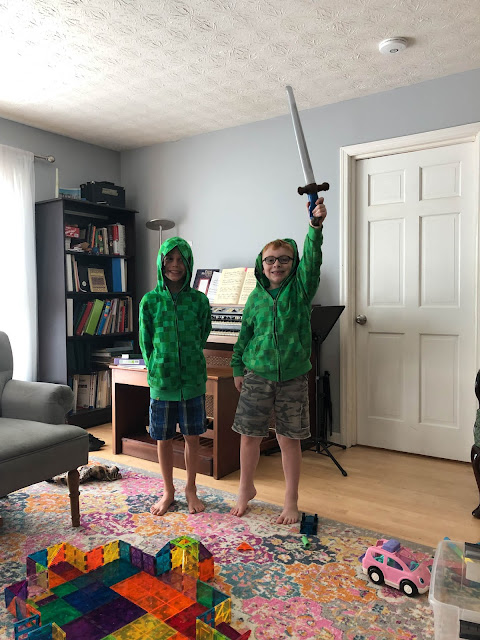 Miriam, meanwhile, had fun chasing little Lola around. Lola very graciously pointed out all the areas in our home that could use some baby-proofing. It was very educational! 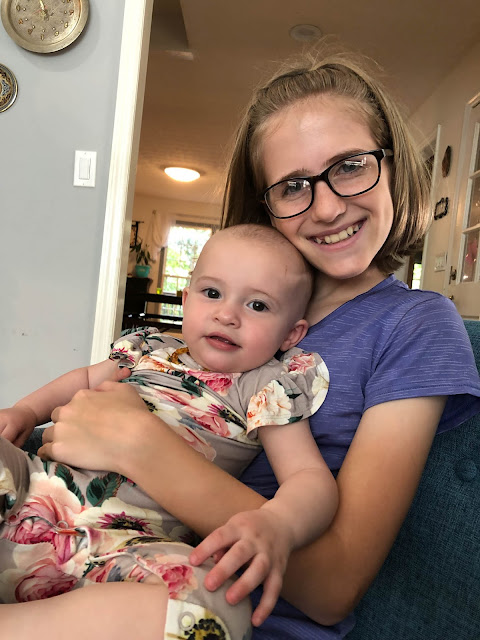 I had fun visiting with Dylan! She gave us a big garbage bag full of too-small-for-Lola diapers and we shared our leftover cake with them.
Posted by Nancy at 4:45 PM