It seems like having Mom be gone all day is a lot less traumatic in the morning after a good night's rest than it is at nighttime when you're sleepy and it's dark outside and you're only imagining the horror.

Alexander woke up just before we left this morning (Andrew as my trusty (long-suffering) chauffeur) and he...was just fine being left in Rachel's care. And he did fine all day. He completely drained two iPad batteries playing Teach Monster (Read for Fun, or whatever their new program is called), but he did fine all day.

Today was also the day he decided that he could, in fact, simply take himself potty when he needs to go, so I'm hoping we've turned a corner there because he's been terribly dependent on having other people take him potty (the idea of taking himself was somehow repulsive).

Andrew had a long day in the car (he drove me to campus and then drove home to be with the kids and then drove back to campus to pick me up), but he did get to catch up on a bunch of podcasts. He also went grocery shopping and folded the laundry! And now he's outside weed-eating. I'm sure he'll be working long hours this evening and tomorrow to make up for lost time.

I went inside Aderhold Hall for the first time (that's where the College of Education is) so that I could pick up some flyers. And then I spent the day on Tate Plaza.

This is a picture of me trying to find Tate Plaza: 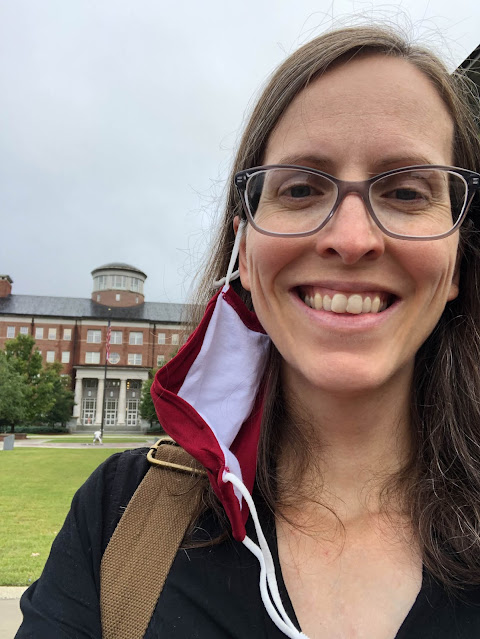 I think that's the Miller Learning Center behind me. And here's where I sat running my booth; I was happy the fair ended up being outside even though it looked like it was going to rain on us all morning and then got awfully hot in the afternoon. 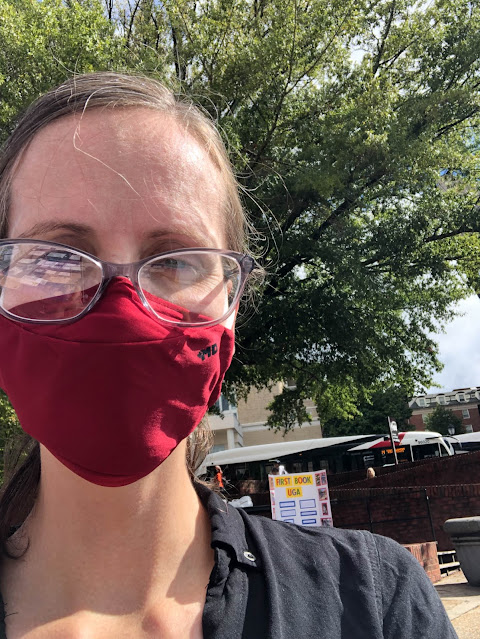 Banned Books Week was actually last week, but our Banned Books Fair was today because last we we had a "home game" (football, of course), so it wasn't a great time to be holding a fair in the plaza. Here's my view of the stadium from where I was sitting: 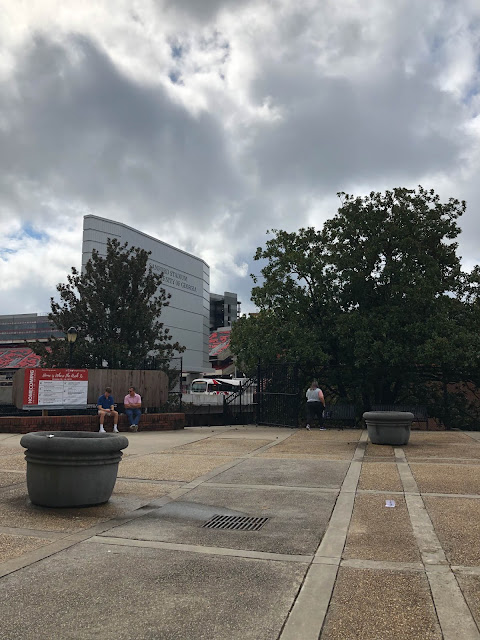 I don't think it will ever not feel weird to me to have stadiums in the middle of campus—though Andrew reminded me that Duke is the same way—because BYU's stadium is kind of on the outskirts of campus.

I would equate Tate Plaza on UGA campus to Brigham Square on BYU campus. There's the bookstore and the student center right there, just the same as at BYU, and it seems to be a major thoroughfare of campus, but I have a hard time imagining Brigham Square being flanked by the football stadium! BYU has their fine arts center and library where UGA has their stadium (I'm not even sure where UGA's library is).

Here's one last picture of the booth I was running (that's my boss/mentor; he stopped by for the first little bit of the fair): 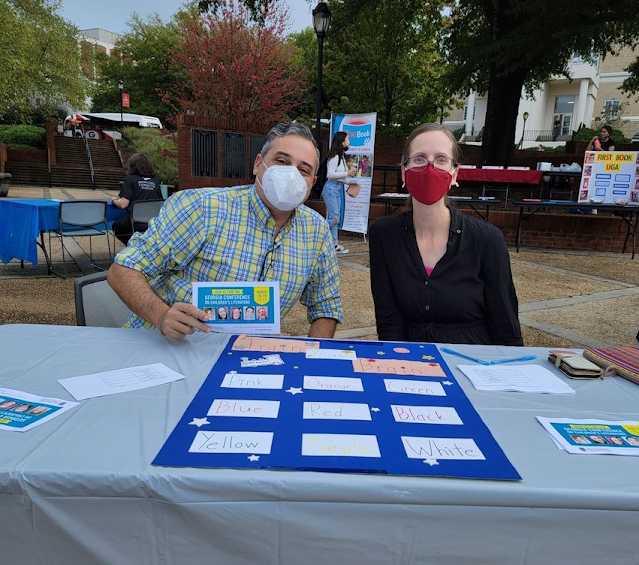