Zoë's been nervous about her well-child check ever since Alexander and Rachel came home moaning and groaning about their vaccinations. This morning, however, Alexander tried to convince her that going to the doctor wasn't all bad!

"You don't have to worry about going to the doctor," he told her over breakfast, "Because guess what! If you are brave and get your shots, Mom will take you to the park after even if you haven't done any of your work for the day. Like, yesterday I didn't do any of my work and Mom still took me to the park. So...that might happen for you today, too!"

That did not happen for Zoë.

Her appointment wasn't until this afternoon so she had plenty of time to get her morning work done before we left. But we did swing by the park on the way home, just me and her. Which was like actual one-on-one time. And she loved it.

Anyway, her appointment went well. It was with a different doctor than the one we saw yesterday, which is fine. Technically we can see anyone at the practice. The doctor was a little concerned about Zoë's size because she's tall (3 ft. 9 inches) and lean (40.5 lbs), putting her between the 1st and 2nd percentile for her BMI. So we talked a lot about nutrition.

The funny thing is that I warned Zoë that she should eat her vegetables because the doctor would ask her about it. And what am I supposed to tell the doctor when the doctor asks about it if she never eats her vegetables?! Well, I told the doctor that she is offered vegetables multiple times a day, but whether or not she eats them is a different story.

Unlike Alexander, Zoë's favourite food is not mixed vegetables.

"Do you eat any vegetables?" the doctor asked.

"I eat uncooked carrots," Zoë said. "And cucumbers and..."

"So some vegetables at least, that's good," the doctor said.

When the doctor stepped out of the room, Zoë said to me, "I did not know they were really going to check on how much vegetables I eat!"

I'm supposed to feed her fattening things, but...the thing is...I don't know that they'll help much. The reason I think that is because, well, all my kids are long and lean (or "lanky," which was one of our vocabulary words today) and in all honesty...they come by it naturally. Like, I'm simply not shocked to hear that my child is worrisomely slender.

No malabsorption issues that we're aware of.

She's a picky eater (my pickiest), but she's a good eater (what she eats, she eats a lot of).

I mean, sure, her BMI has dropped a little bit this past year...but it was low last year, too? Like...she might just be skinny for a while. From my childhood experience no amount of eating is going to solve that for her any time soon. She'll probably end up with diabetes when she's older (not trying to curse you, Zoë, just laying out the facts) and doctors will forever be like, "Well, you don't look the type!" and she'll be like, "Welp, my pancreas just can't seem to do its darn job, anyway, so..."

Actually, she shocked the doctor a bit because when the doctor asked her what other kinds of things she does to be healthy...like what kinds of things she should eat...Zoë said, "Well, it's important to eat your vegetables for sure. And drink plenty of water. And you need to get enough protein. You should always pair a protein with your carbs!"

The doctor was a little taken aback, but she recovered and asked Zoë about eating fruit.

And that's true. Sometimes I feel like I have to cut Zoë off of fruit to remind her about other food groups because her ideal lunch is, like, a yogurt with a banana and and apple and an orange and a pear and a handful of raisins and...girlie! That's all like straight sugar! Let's throw in some other things, maybe? Some whole grains, some more protein, some vegetables for crying out loud.

I understand that gestational diabetes is temporary (thank goodness), but having had it makes me at risk for developing diabetes down the road. And my diabetic grandfather...was a beanpole! Our hyper-metabolism seems to wreak havoc on our endocrine system a little bit. So, that might just be Zoë's lot in life, too—the tall, thin diabetic patient that makes all the doctors scratch their heads.

Anyway, here's a little picture Zoë drew while we were waiting. It's the cat scratching my couch. She'd stopped for a while but she's back to being naughty and it's driving me nuts. 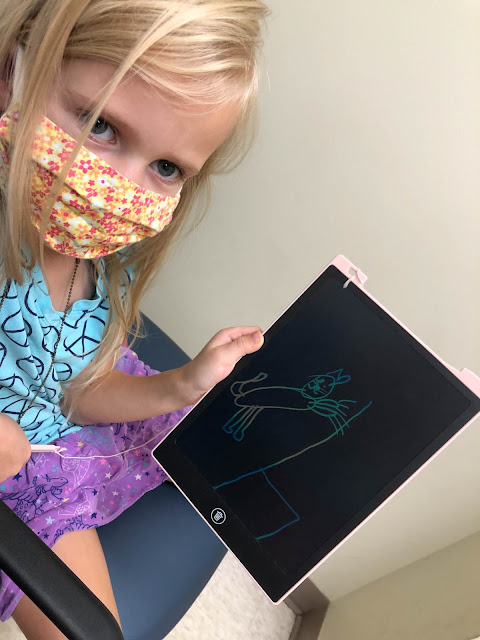 Zoë was happy that she only had to get her flu shot—though our doctor told us that they've preordered the COVID vaccine, so we should be heading back in for that soon, hallelujah! The nurse told her to turn her head away and look at Mommy, but Zoë bravely watched her plunge the needle into her arm, then shrugged and said, "I don't know what the other kids were talking about. That was fine."

And she's been fine the rest of the day. Here are a few pictures of her playing at the park: 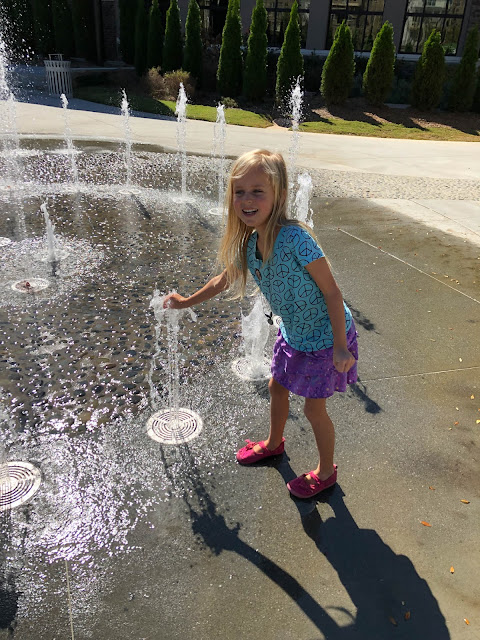 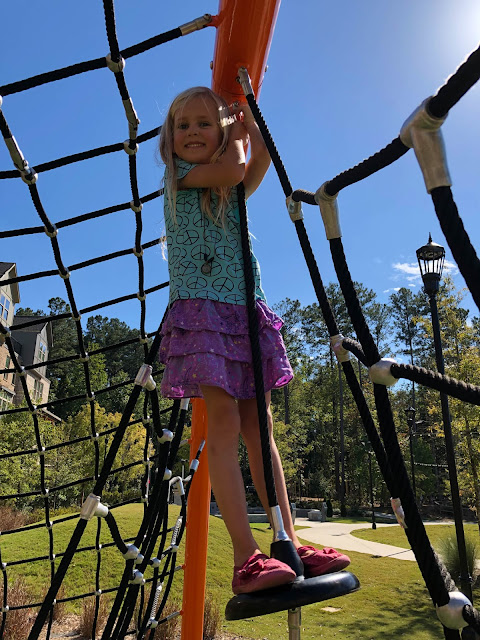 She sweetly timed her play for wherever the equipment (and accompanying benches) were empty so that she could play without a mask and I could sit down. There were a few other families there (since it was the afternoon) so we did a bit of roving to stay isolated, but it worked out well and Zoë had a blast doing whatever she wanted. 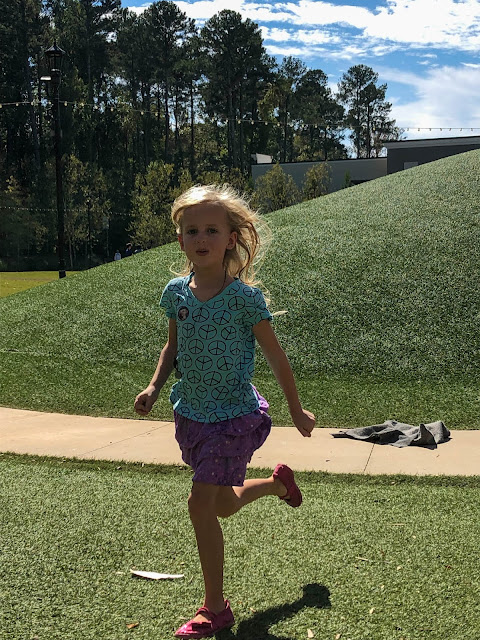 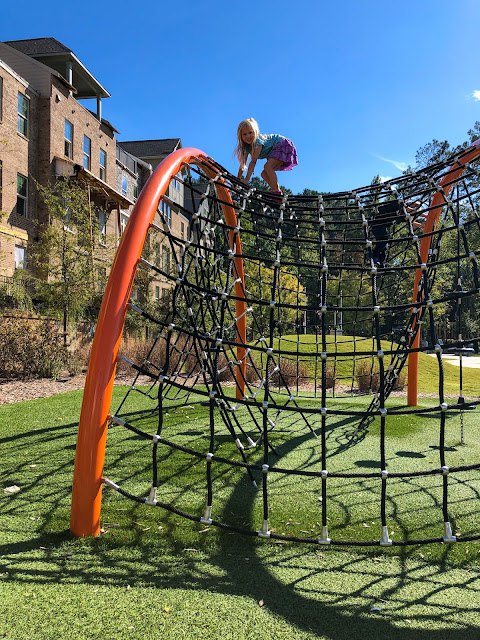 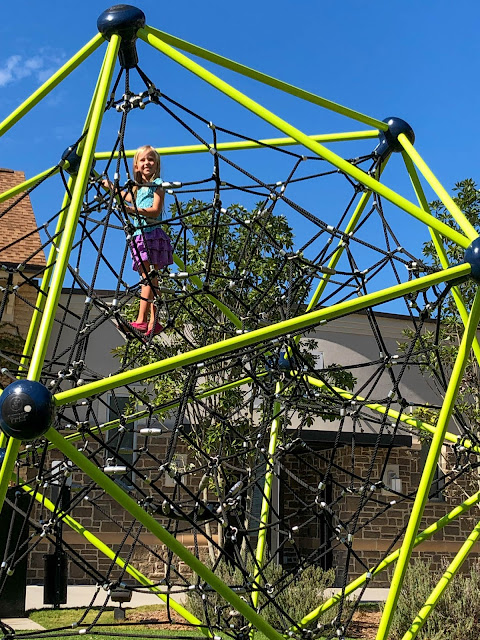 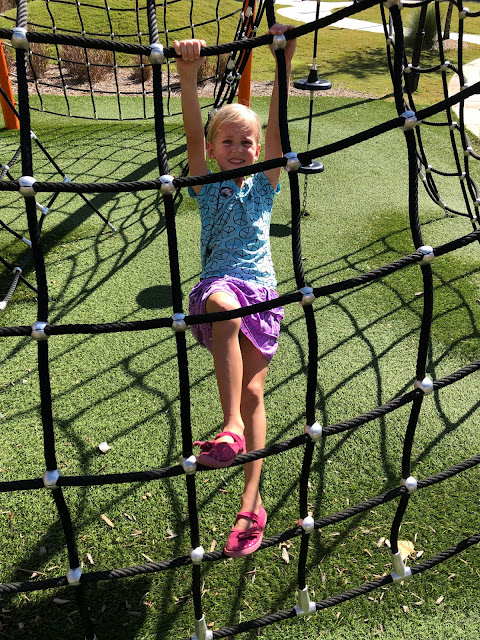 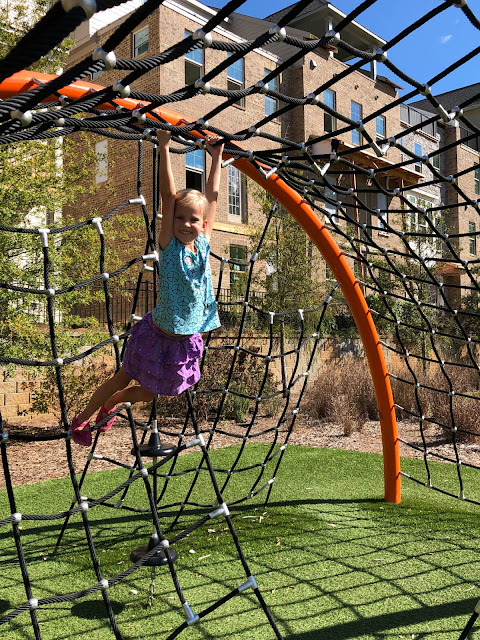 It was nice to get her all on her own for a little while!
Posted by Nancy at 11:57 PM

Email ThisBlogThis!Share to TwitterShare to FacebookShare to Pinterest
Labels: sickness and health, Zoë