Shout Hooray! (it was Andrew's birthday...)

I've not been great with documenting birthdays here, but that doesn't mean we haven't been celebrating! Andrew's birthday was only, like, 2.5 weeks ago, so it's not like I'm that far behind. But we need to reclaim our Birthday Tree so we can turn it into our Thankful Tree starting on Monday.

Of course, our tree has a rather busy autumn. It will be a Thankful Tree from Thanksgiving to Thanksgiving, but the kids also want to add a few Halloween decorations to it, and it will have to be a Birthday Tree for Alexander, Miriam, and Phoebe!

So it's high time we gave its branches a break from Andrew's birthday balloons!

Our family tends to show affection with a little bit...acerbically...at times. Love with a dose of laughter. Compliments with a hint of cruelty. Sincerity mixed with sarcasm.

We'll call them inside jokes.

I wrote an acrostic for amore mio, naturally, because apparently acrostic birthday balloons are tradition!

Assiduous in the office, the kitchen, the house, and in general.
Never shirking your duties at home, at school, at play, at church.
Devoted husband and father, a gentle leader with a cheerful heart who
Radiates joy and good humour. You always know how to make me laugh and fill my life with joy.
Even though sometimes you act like an absolute moron...
We still love you (and will love you forever)!

Miriam strayed from the acrostic form to say:

Even if you make silly mistakes like chucking a yoga ball across the room at your pregnant wife, you are still awesome and those mistakes just add to your very fun personality. You are very supportive, nice, thoughtful, helpful, funny, smart, and awesome!

You are so cool and awesome!

You make the coolest delectable creations and work magic in the kitchen. You always find a way to turn things around, like that time when we made Snickerdoodles and forgot to add the flour. We made a pretty good (accidental) sponge cake! I love you!

And then he wrote out the Happy Birthday Song.

He also came up with an acrostic for the word DAD:

You are a kind, loving, and cool father!

Zoë began an acrostic and then...gave up half way through:

Andrew is awesome! Happy birthday to you! Love, Zoë!

This is kind of funny because she used to call Alexander "Ander" and now here she's created a poem for Andr...but her father Andr...not her brother Ander.

She also said that she loves Dad because he's loving and kind.

Andrew was sure the bird was going die, so he got a shovel and scooped the poor little thing up and started carting it to the top of the driveway where he said he was going to deposit it "away from the house."

His plan (he admitted to me, in secret) had actually been to put it in the garbage can (?!)...but he relented to Zoë's lamentations (and the pleadings of his wife and other children) and instead put the wren in our little rock garden to see if it would recover. 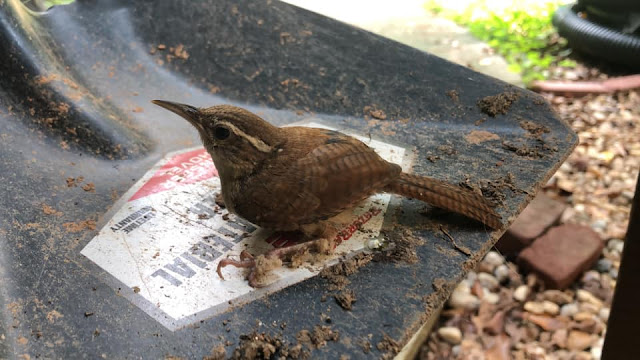 At first it just sat there awkwardly with its legs splayed out, looking rather dazed and terrified. But soon it started hopping around and looking a little more chipper. 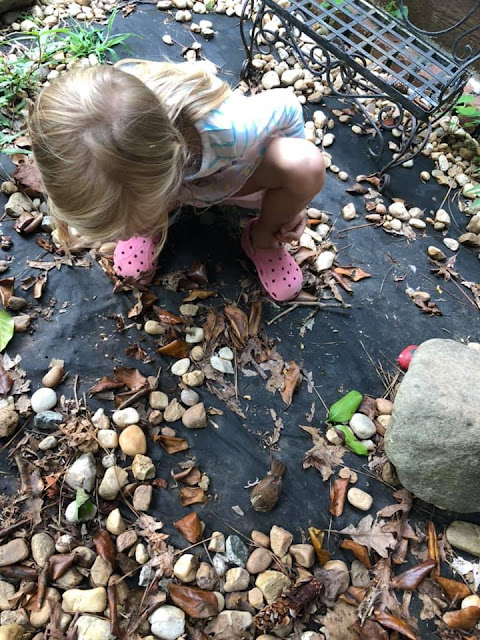 Alexander convinced it to spread its wings and fly away when he reached out with his lightning-fast fingers and touched it before anyone could stop him. It flew up to the window and perched on a glazing bar, the flew up to the roof, then flew away.

We think it's okay.

"You are good at driving. You are not good at rescuing birds."

He also wrote the word "love" and wanted to tell Daddy that he was "cool" and "awesome."

When I wrote "cool" down for him to copy, Alexander said, "Mom! You can't just write zeros and ones! I want the real alphabet, not binary code!"

So instead of writing down "cool" he wrote down "APCOOMLT."

Because that's a way more legitimate way to spell. Duh.

Anyway, as I mentioned, Rachel made a most delicious-sounding and -smelling cake! It was a caramel apple cake (and she made the caramel by herself just fine), which we got ready to eat after an equally delicious dinner of deep-dish pizza (that Andrew made as a treat for himself). Oh, Andrew also made some salted caramel ice cream to go along with his cake. 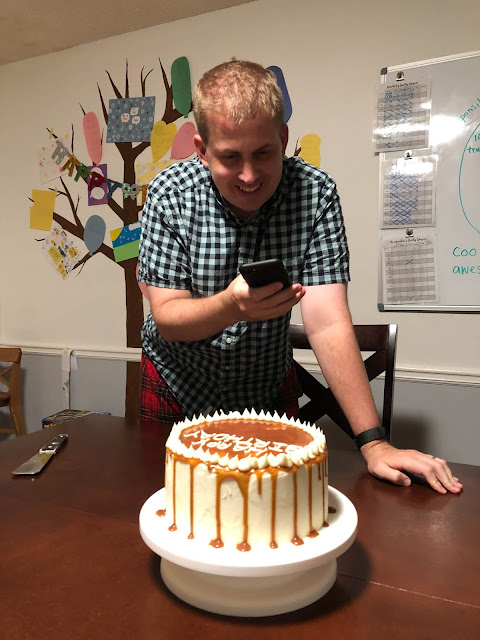 My parents called just as Andrew was lighting the candles, so they got to help sing the Happy Birthday Song to him and watch him wave out the flame of his candles (he's opposed to blowing on cakes ever since the 'rona). 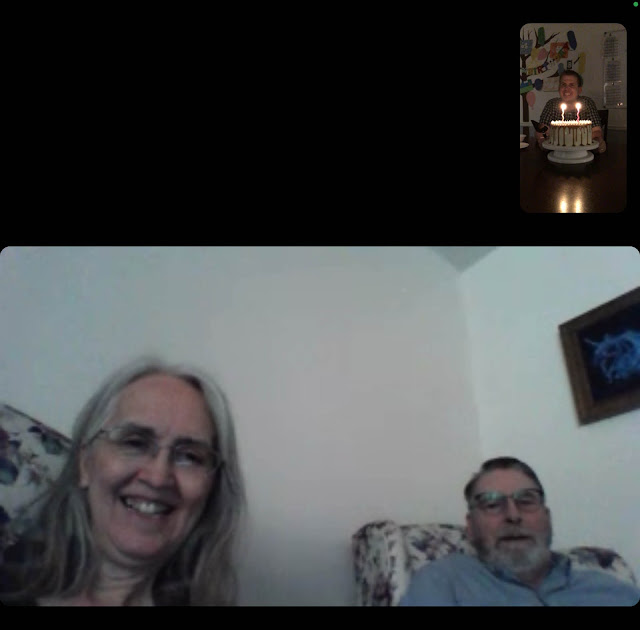 After we finished singing, I left Andrew and the kids to enjoy the cake while I visited with my parents. And I only felt slightly guilty about abandoning them.
So it was a pretty low-key birthday, but that's how we tend to do things over here.
Happy Birthday, Andrew!
Posted by Nancy at 12:15 PM