So now that Andrew's trip is over and done with, I can tell you that he flew out to Utah this week to give a research talk. We didn't tell many people he was heading out there because (a) we knew his schedule would be packed and (b) we didn't want certain people to have to worry for longer than they should. If you're a worrier (Hi, Mom!), I probably mean you!
But no worries!
Before he left Andrew told me not to have the baby while he was gone and in an act of solidarity, Alexander ran up to me, gave my belly a couple of pushes and said, "Shove! Shove!"
He was all about doing his part to keep the baby inside.
We also had our cul-de-sac on "high alert" and my cousin Dylan even postponed her surgery so that she would be available to help out at the last minute, if needed (technically she postponed her surgery so she could have fun with her kids on Halloween, but she also let me know that she had postponed it so that if I needed anything I shouldn't hesitate to let her know and she'd drop everything to come be with the kids).
It's here that I'll admit we had a little bit of a scare a few weeks ago (on Alexander's birthday, of all days, but long after he'd been put to bed) and we ended up here:
Doing this sort of thing: 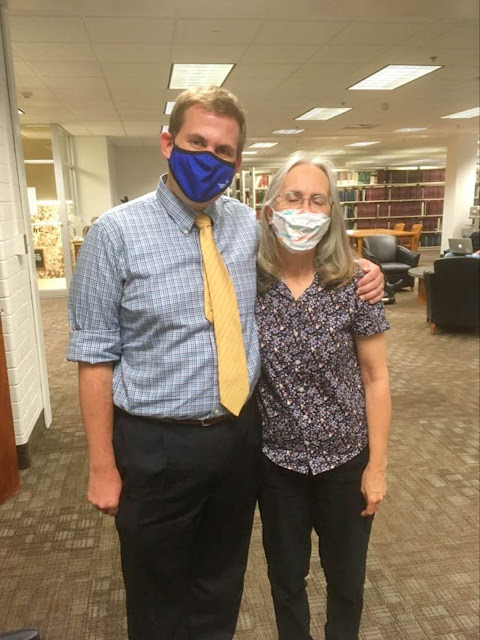 And here's my mom holding up Zoë's card: 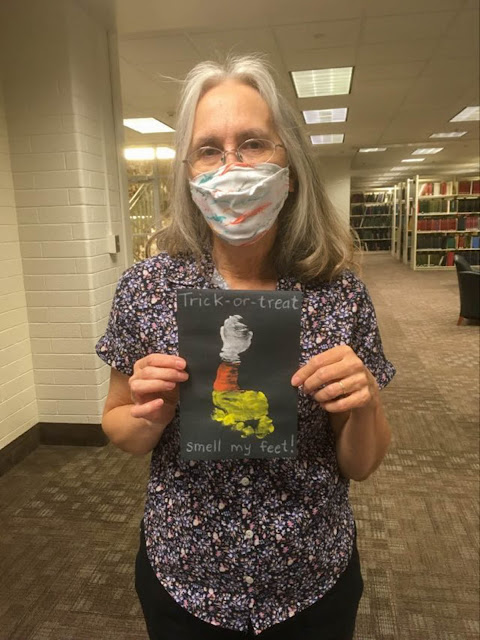 It was nice for Andrew to get to jet off to Utah for a brief (very brief) visit, but I think we all agree that we're sure glad he's back.
(On a side note, Andrew hasn't had a business trip in so long (because...pandemic) that the little kids were absolutely flummoxed by his departure. Zoë, for example, was in tears daily and could hardly fall asleep at night. We're just not used to being separated anymore! She was so happy to get to FaceTime with him while he was away and was overjoyed when she woke up in the middle of the night on Wednesday (as she does; she's a terrible sleeper) and it was Daddy who went in to help her get settled again (he'd just arrived home)).
Posted by Nancy at 10:05 PM