Lunar eclipse at home and star-gazing on the beach

I know I just said that I was ultimately happy leaving the beach when we did because that gave us the weekend to recover, but last night when we were observing the lunar eclipse Andrew mentioned how amazing it would have been to watch the eclipse on the beach and suddenly I found myself wishing we'd consulted an astronomer before we booked our trip.

Oh, well. Watching it from our cul-de-sac was fine.

The girls watched "A Quiet Place 2" at Grandpa's house last night and came home late and rather jittery (it's a suspense movie), so we let them stay up late to watch the eclipse with us. We put the younger four to bed, but woke Benjamin up shortly before midnight so he could take a look at the moon as well. He was pretty out of it for a while

The moon is behind you, dude... 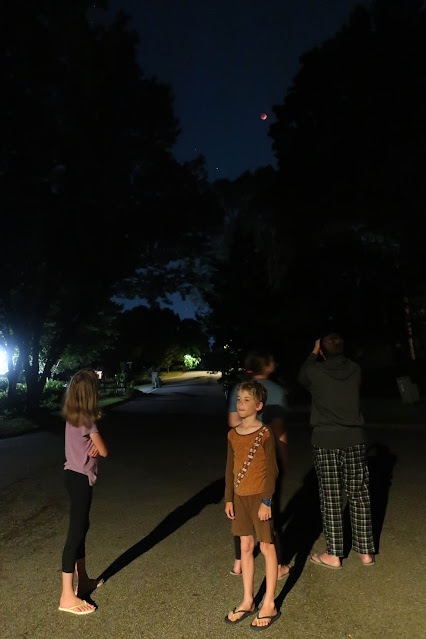 An eclipse is when you experience the movement of the spheres, orbital mechanics, gravity and all—the truth that we do live in space. 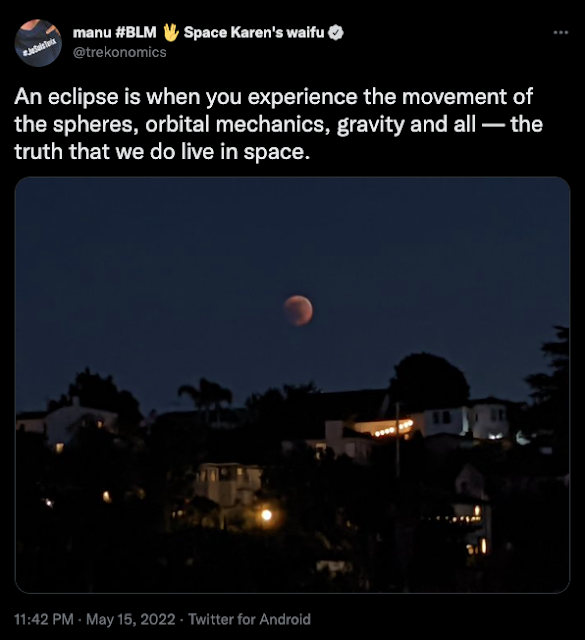 We also, of course, looked at diagrams of what was happening (the moon entering the earth's shadow): 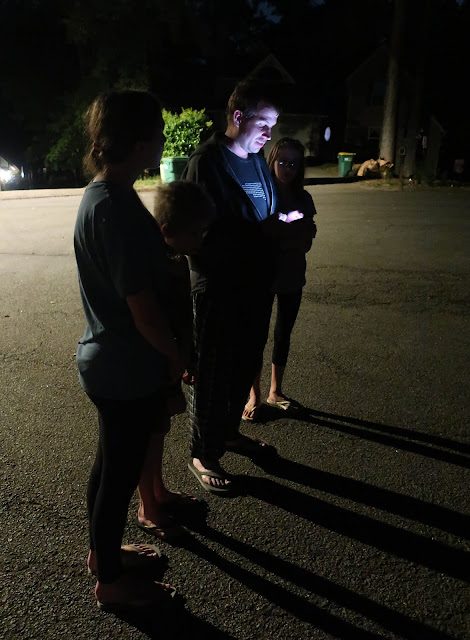 ...and then we decided to simulate what was happening using the streetlamp as our "sunlight." 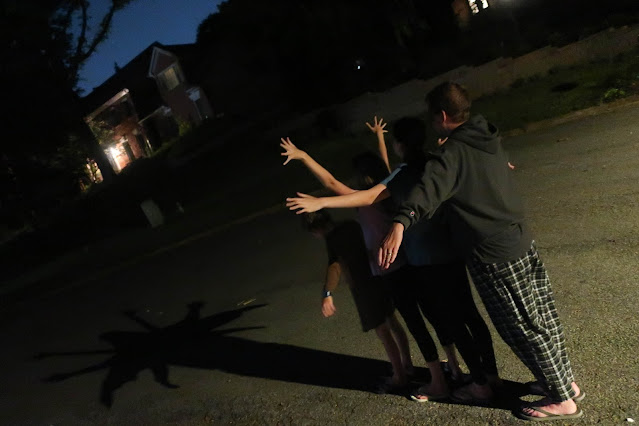 If any of the neighbours were watching us, it's safe to say they now think we're fairly unhinged. 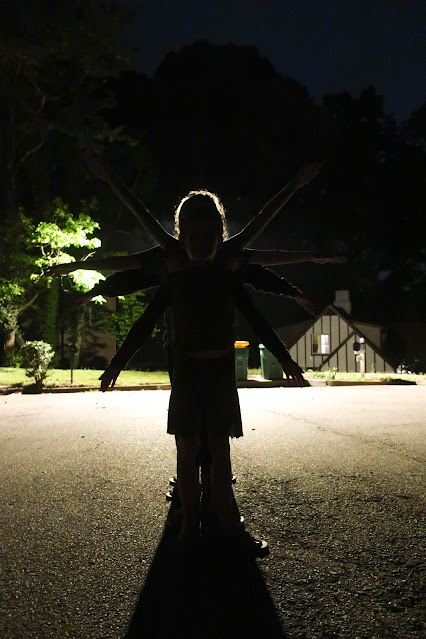 We know neighbours were up but, oddly, no one else came outside to view the eclipse (though Mr. Bill did drag his garbage cans out at around 1:00 in the morning, having miss most of the celestial drama). We did our best to keep our voices low since we knew there were sleeping babies in several houses, including our own. At least, we knew there were babies in several houses. Whether or not those babies were sleeping is another question entirely. 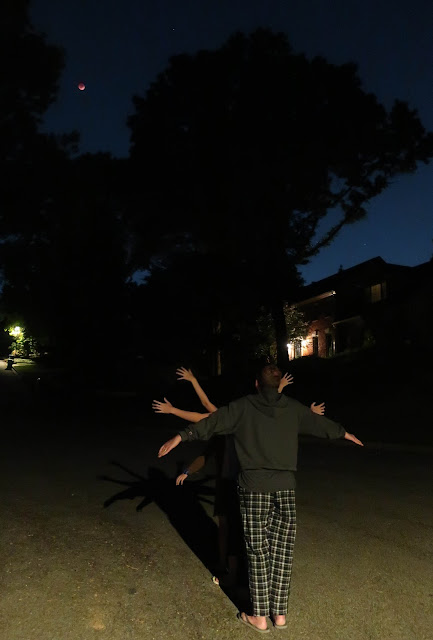 Here are a couple of other somewhat poor shots that I took of our moon-viewing: 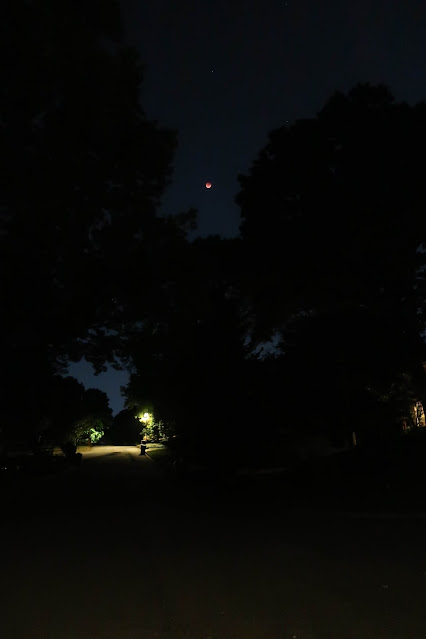 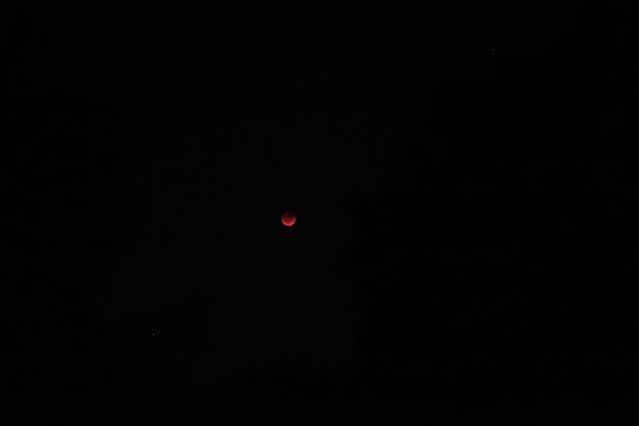 If you want to see a beautiful picture, you should check out my nephew's photography.
Benjamin slept in quite a bit this morning, but he must have enjoyed himself because he mentioned several times how cool watching the moon was. Even as we were pulling out of the driveway to head to the pool and I opened the window so we could say goodbye to Andrew (who was staying home to get some work done), those were Benjamin's parting remarks: "Hey, Dad, the moon was pretty cool last night, wasn't it?"
Would've been cooler on the beach, but whatever. I'm not bitter (about my own poor planning skills).
The funniest comment of the evening was when Rachel said something like, "How do we even know this is happening?"
And Andrew simply answered, "Uhhhh...astronomers?"
And Rachel said, "Oh, yeah. I forgot about astronomers."
Speaking of astronomy, here are a few pictures of our evening-stroll-turned-star-gazing-session on the beach: 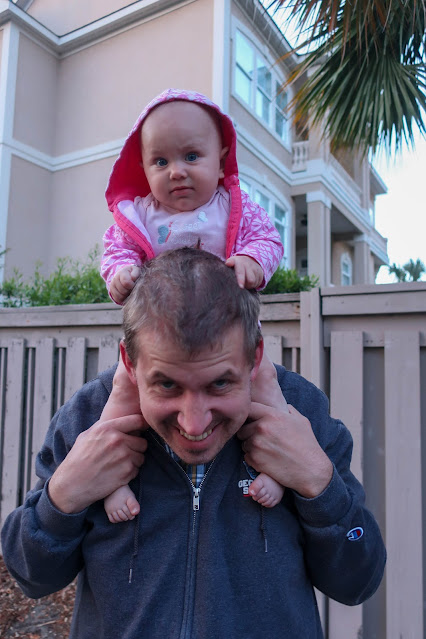 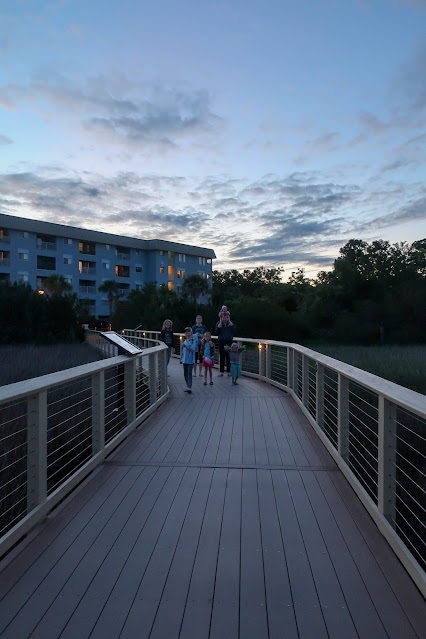 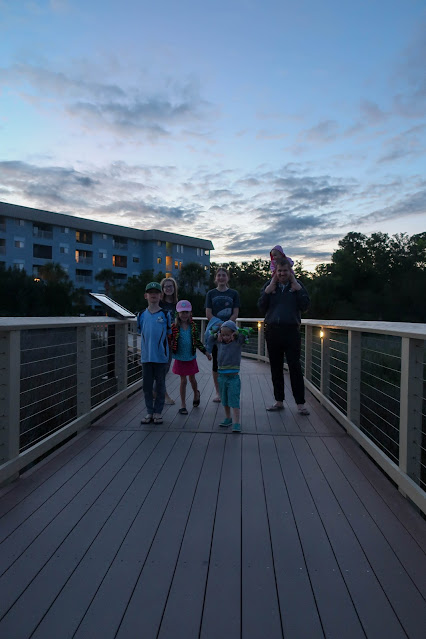 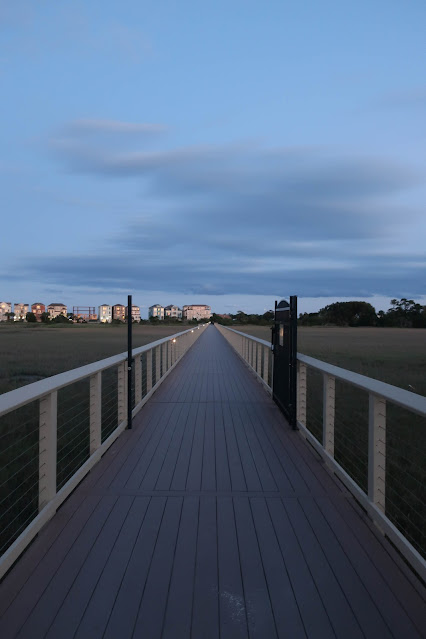 But it makes what would otherwise be a long slog through a marsh rather pleasant—we saw and heard many different birds and other little critters and didn't get stuck in the mud once! And, of course, were always very happy when the boardwalk spit us out at the beach. 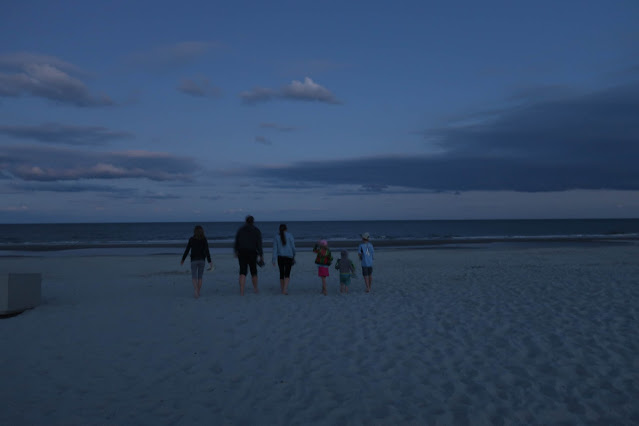 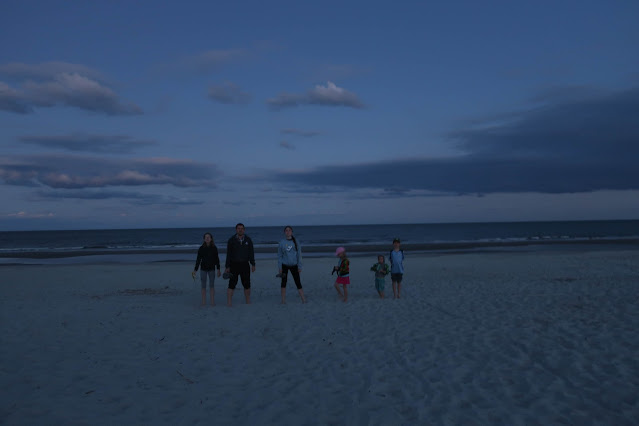 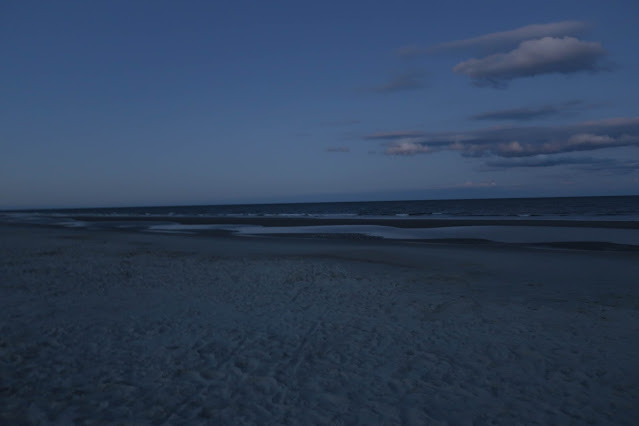 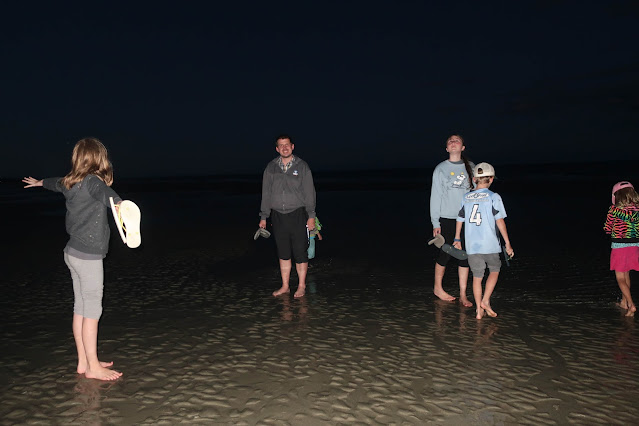 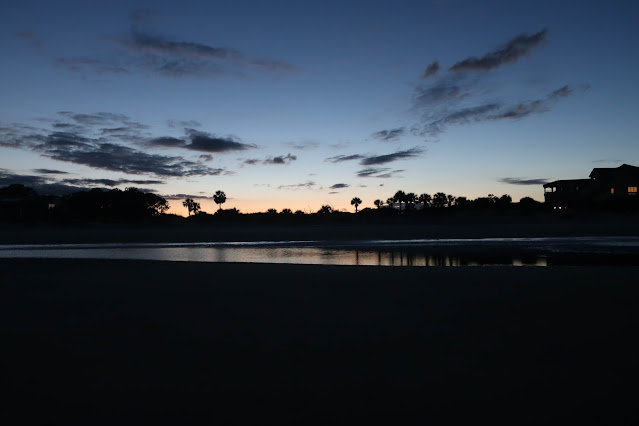 If we didn't have a fussy baby who needed to be put to bed, we may have taken a few more evening strolls, but we enjoyed the one we got and the stars were beautiful. The children noticed that the sky at the beach got a lot darker than the sky at home (considering our beach sky was only around 9:00 and our home sky was around midnight). That's light pollution for ya!
Posted by Nancy at 10:24 PM