Many of the pictures that we have from the past couple of days were actually taken by either Rachel or Miriam, so it'll be like a surprise for me as I go through them. I spent a lot of time holding a fussy baby, so it just made sense to pass off the camera.

We were actually pretty lucky on the way down here, Phoebe-wise. She fell asleep for her morning nap just as we were leaving, woke up when we arrived at Ocmulgee Mounds, happily toured around, and then when we got back in the car she was ready for her afternoon nap. She slept until we were about a half hour away from our destination and then screamed nonstop until we arrived. What a good little traveller, we thought. But we've not been so lucky in the car since then, so it's probably a good thing we called off that Utah trip (since Phoebe has decided the car seat is her personal little torture chamber).

Anyway, here she is taking a quick turn around the museum at Ocmulgee with Grandpa: 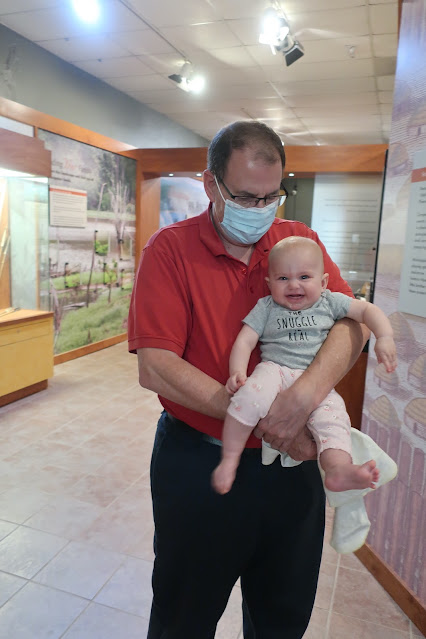 And here we are walking out to the mounds (strange to see a view that includes me in it): 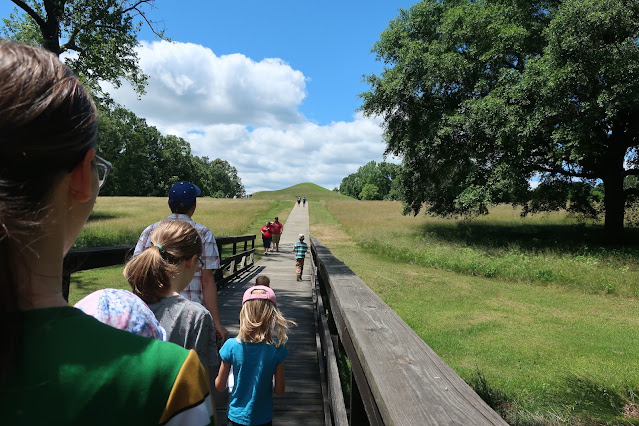 Fastforwarding quite a bit (I'll revisit these days, hopefully, once I have access to my computer and can batch my photographs easier), we went inside one of the mounds, looked a floor that's 1000+ years old, and then took a stroll down by the lagoon where there are alligators. 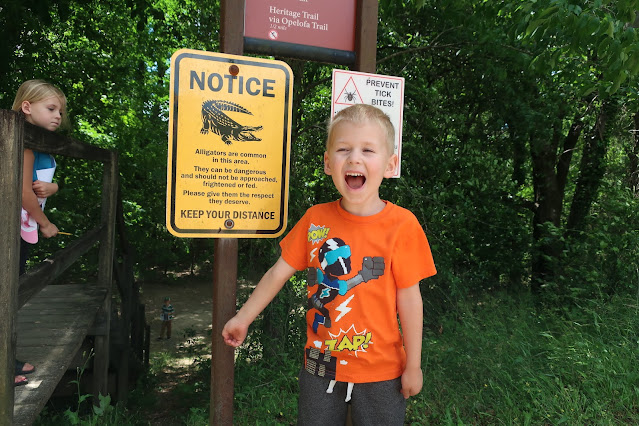 Alexander wasn't afraid of the alligators. Even when we teased him that he would be easy prey for them because he was the littlest one walking about, he said, "I wouldn't even make a good target because I would just fight them off!"
Grandpa wasn't so sure about this pronouncement. 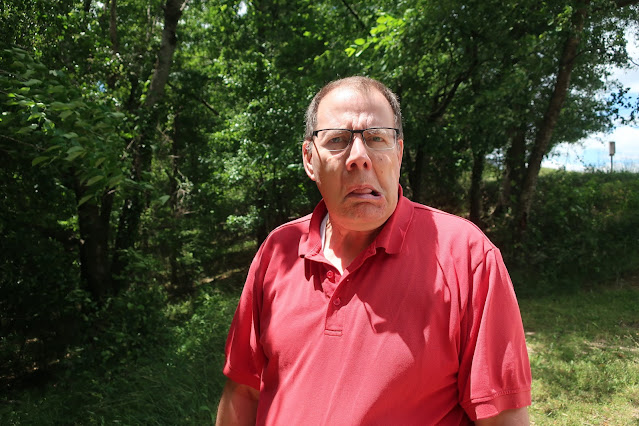 Here's Benjamin swinging on a vine: 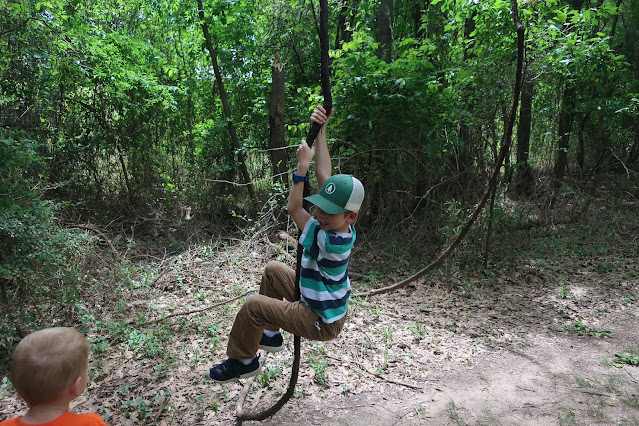 And here I am swinging from that same vine: 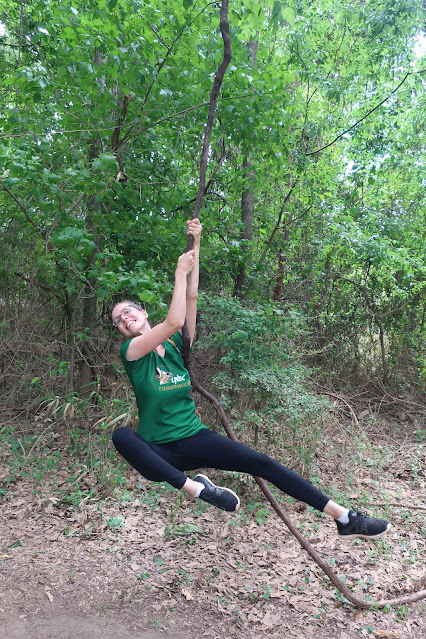 Here's everyone (happily) cowering on the shore of the lagoon as we looked out at the only (known) alligator present: 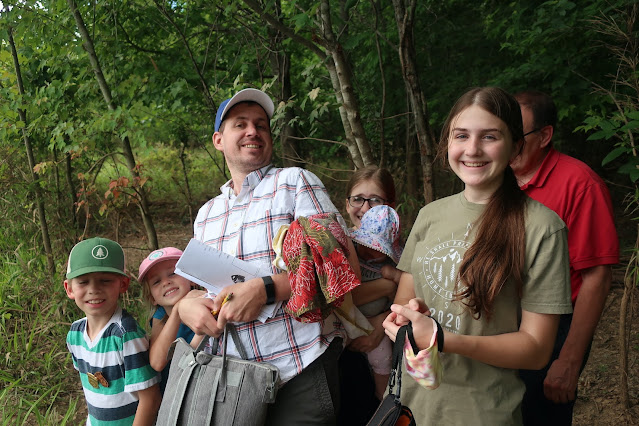 It's just floating out in the middle of the water; you can perhaps see its eyes poking out above the surface: 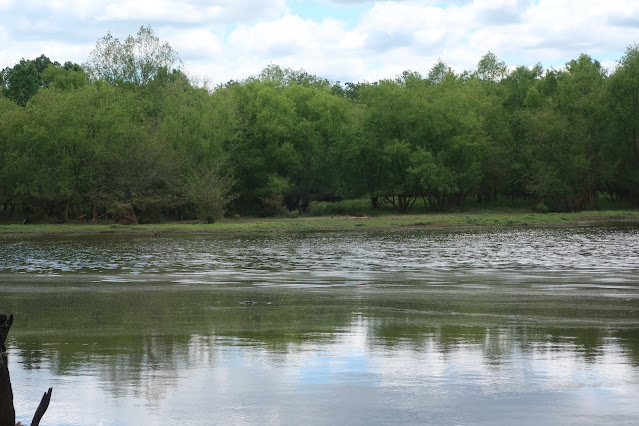 We're hoping alligators are not like mice, because common wisdom states that when you see one mouse there are several others that you don't see. But I think alligators tend to be more solitary than that...
Let's see...here's a decent shot of me (there are a surprising number of pictures of my rear end, Rachel, but very few of my face): 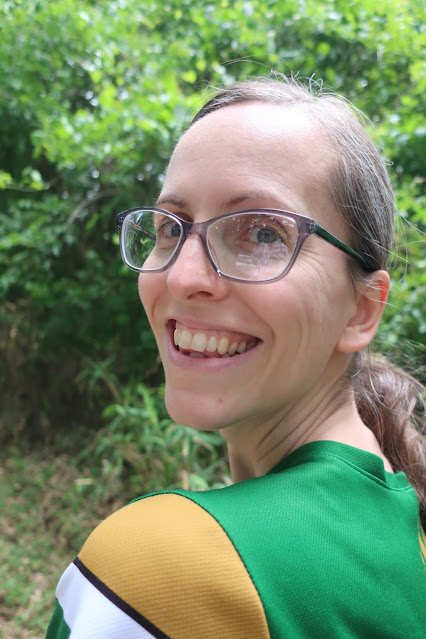 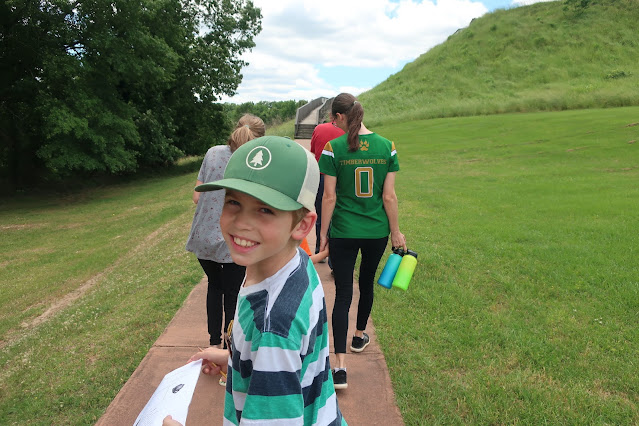 Here's Miriam up on top of the mound: 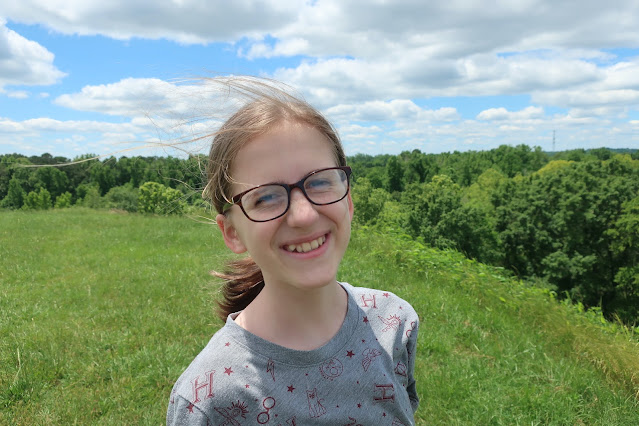 And here I am spinning Alexander, teasing him that I was going to hurl him over the edge (which, naturally, I would not do): 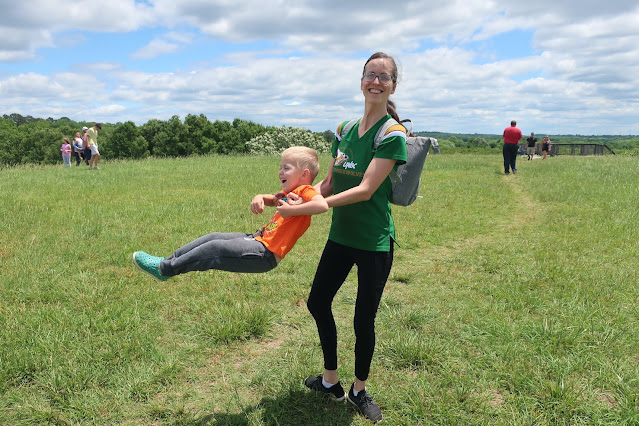 Here Rachel and me: 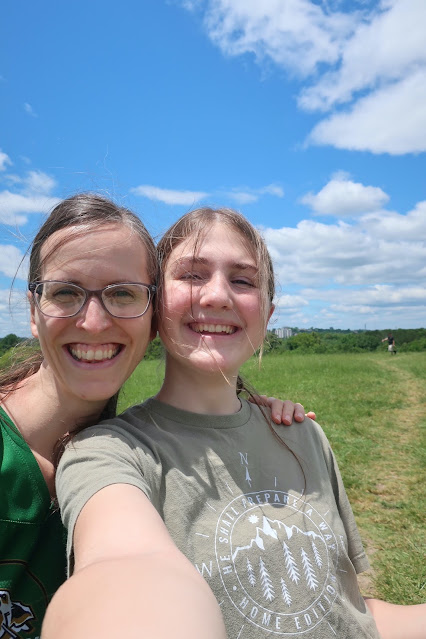 Here's Benjamin at the top of the mound: 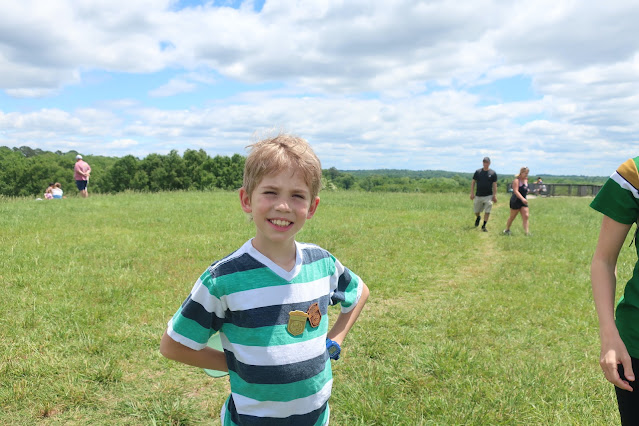 Here's Phoebe pleased that she made her way back into Mommy's arms: 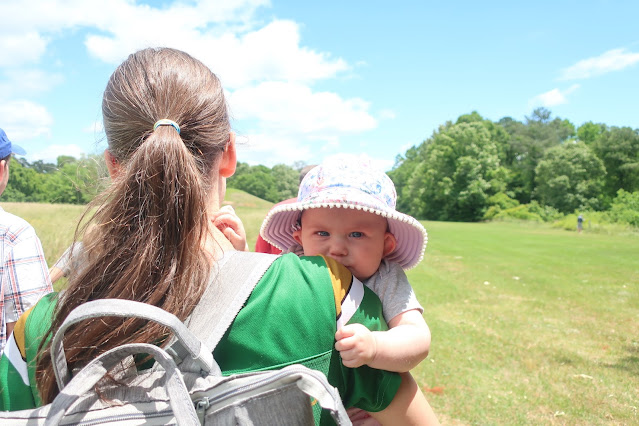 She's recently figured out reaching and realized what power this simple gesture (coupled with her powerful lungs) can accomplish. She can communicate her desires. I want this! I want that!
Mostly it's, "I want Mommy, Mommy, MOMMY!"
Here are the three littles—Benjamin, Zoë, and Alexander—taking their oath as junior park rangers. Benjamin looks like a well-decorated general at this point; he's got so many badges! He brought a number of his previously collected badges to wear in addition to his new ones. 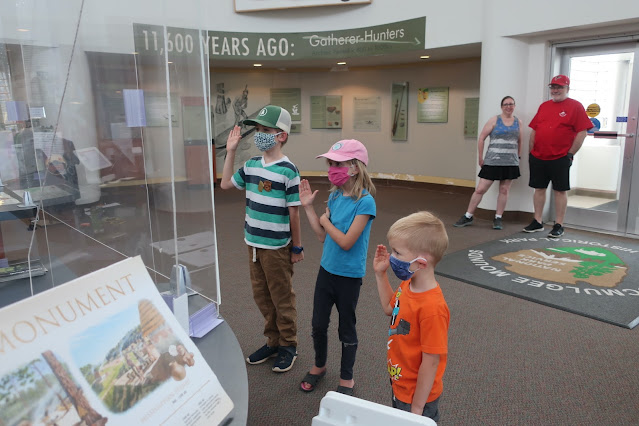 And here's Zoë holding Phoebe at the condo while everyone else worked at unpacking and settling in: 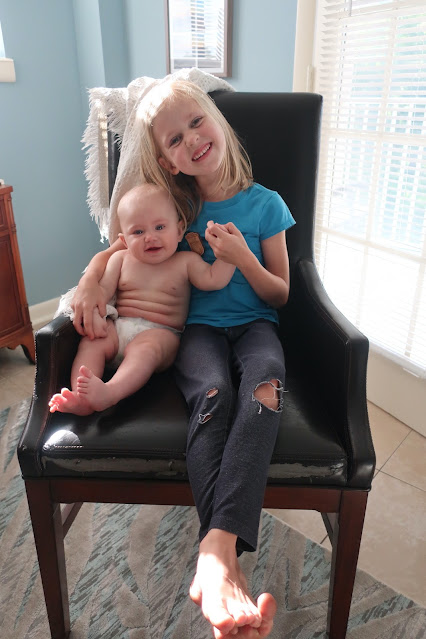 We were very happy to have arrived, but no one was as happy as Phoebe to get out of the car!
Posted by Nancy at 11:29 PM