When we planned this beach trip we had no idea it was Mother's Day weekend. It was simply a week that worked for us—we looked at schedules for finals and last teaching days and so forth and didn't really consult a traditional calendar at all. So it was a nice surprise to wind up at the beach on Mother's Day.

We woke up and attended our sacrament meeting via Zoom before heading down to the beach for some wholesome recreational activity.

We've been playing a lot of badminton lately. Several years ago we got the cheapest set we could find at Wal-Mart. The net is still going strong, but the rackets all broke. Restringing a racquet probably isn't too difficult, but we just ordered replacement rackets instead (since some racquets were a little bent, etc., etc., etc.) and turned the old racquets into butterfly nets for the kids...which they then brought on the beach trip. 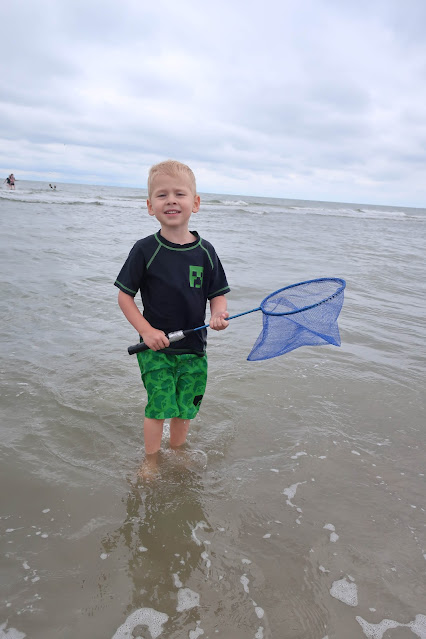 Alexander was rather intent on catching something—anything!—in the ocean. 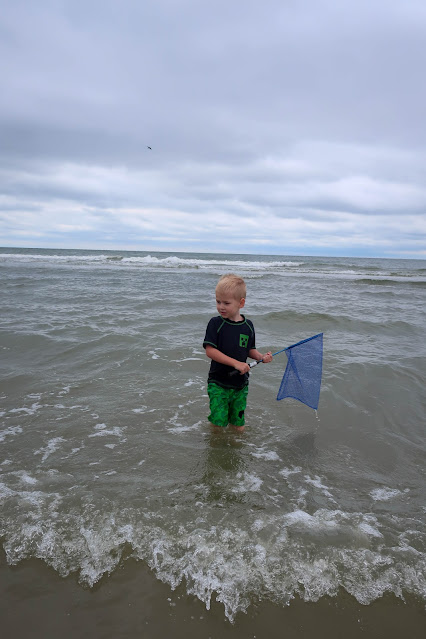 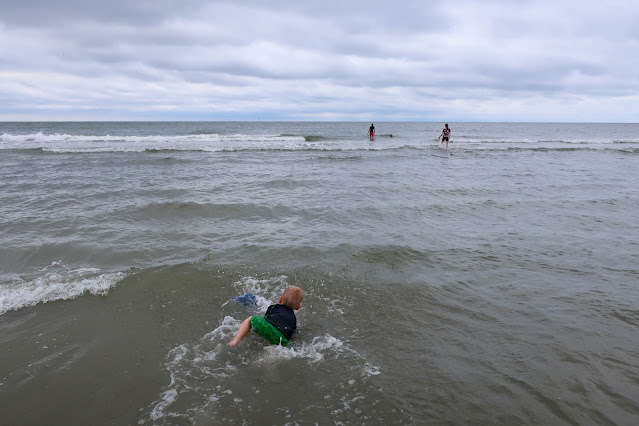 Another thing I'm not sure of is how these kids were getting into the water at all. When we went out to the beach it was about 65°F/18°C out (after translating that to Celsius for myself it no longer sounds that cold to me since I grew up with 18°C being "nice out"; down south, though I like the air to be a nice 80°F before hopping in the water (90° is even better)). Anyway, they didn't last long in the water before getting out to play games on the beach. 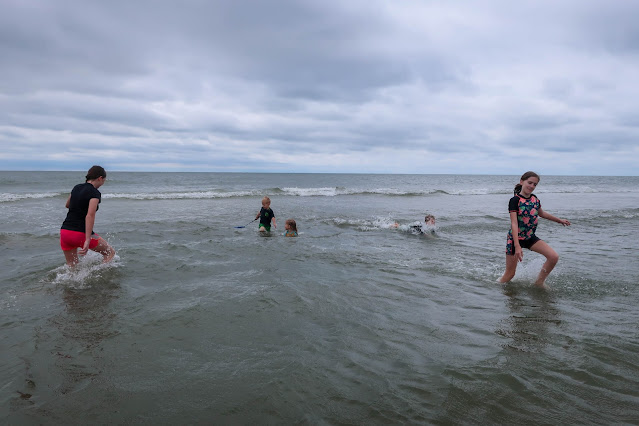 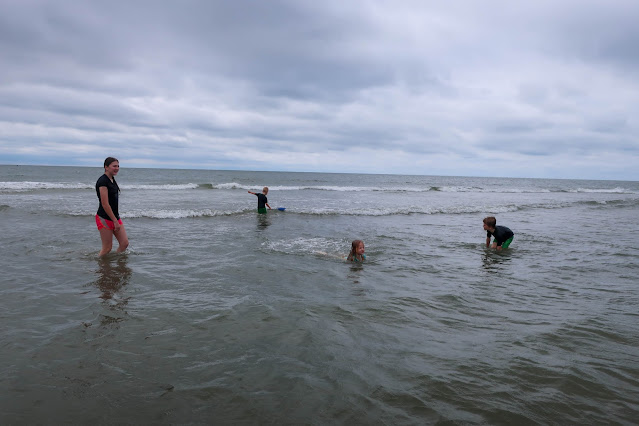 They were the only ones in the water for about as far as the eye could see, though, so they're not complete wimps!

Here's Benjamin just hanging out by himself in the ocean: 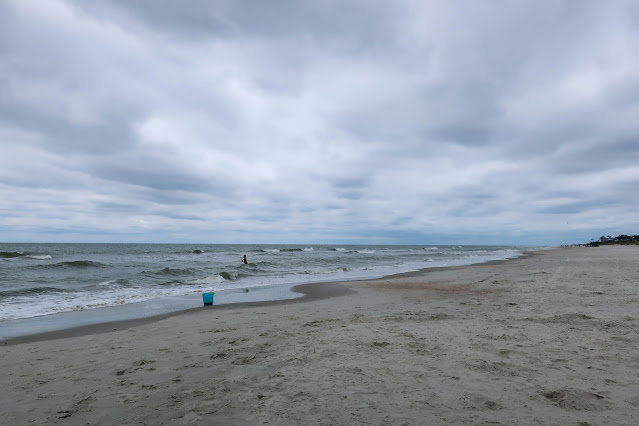 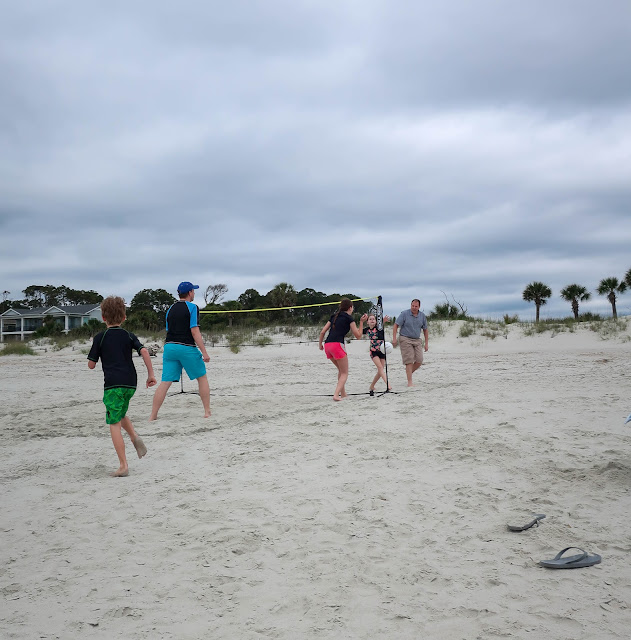 We played ball games the entire morning and well into the afternoon. As we were leaving the beach, I paused to read the regulations sign (I really like following rules) and was surprised to see that we'd been breaking the rules all day long! Balls are not allowed on the beach from April through September (which honestly feels a little harsh). We had no idea! But I don't think we disturbed any of the other nonexistent beach goers this particular day (since the beach was virtually empty).
I feel like biking on the beach is a little more dangerous than volleyball. My kids had several near misses with people on bikes as they were running back and forth from our "beach camp" to the ocean. It's true that they should be looking where they're going, but...do the bikes really need to be zipping along like that? I'd rather get hit by a stray volleyball than creamed by a bike (I'm just saying).
Anyway...more ball playing... 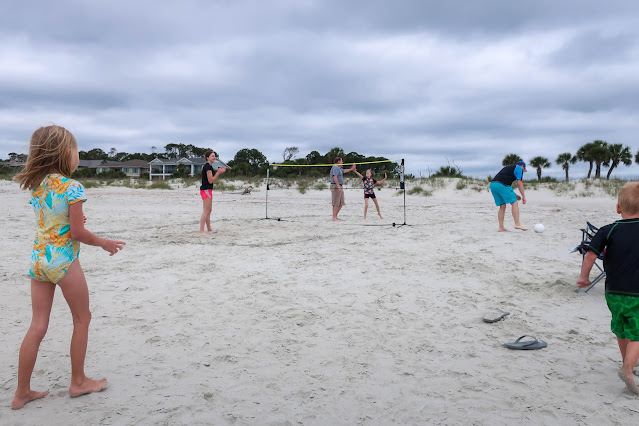 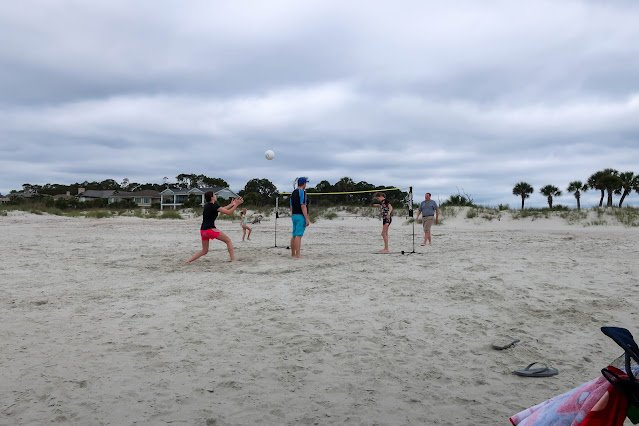 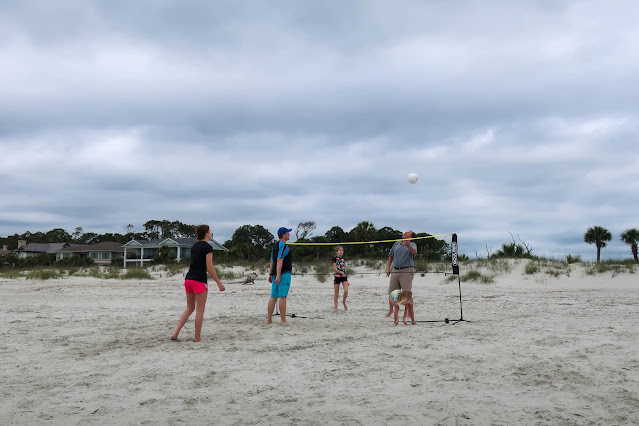 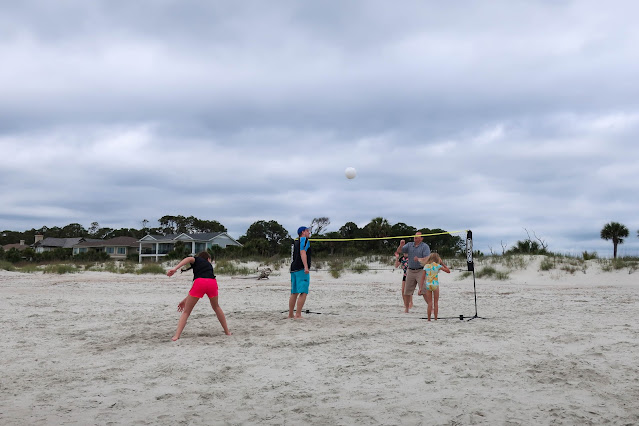 Here are Benjamin and Zoë being the lone ocean waders once again: 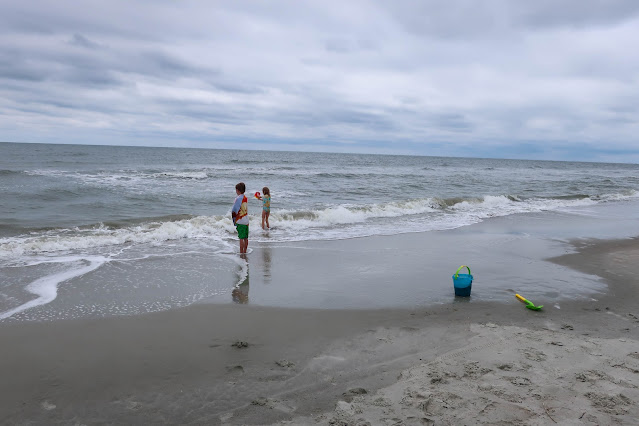 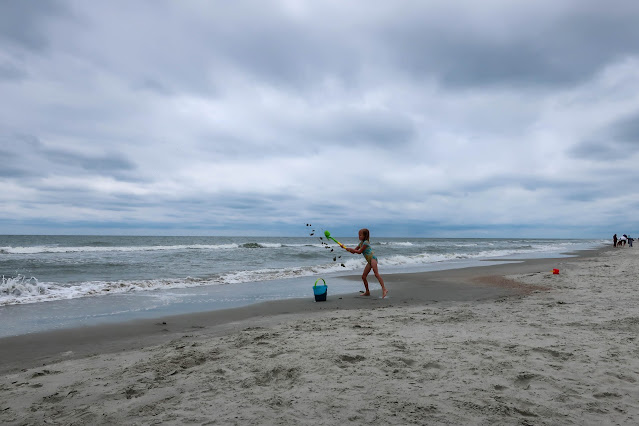 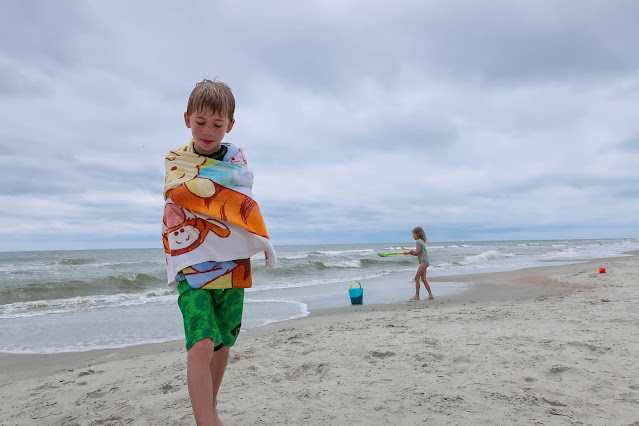 And here we've switched from volleyball to paddleball/surfminton: 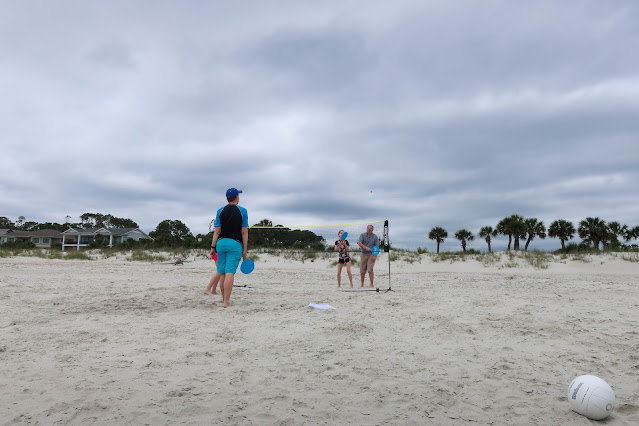 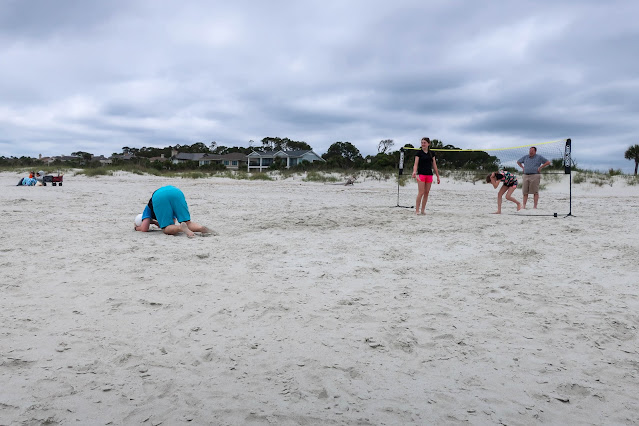 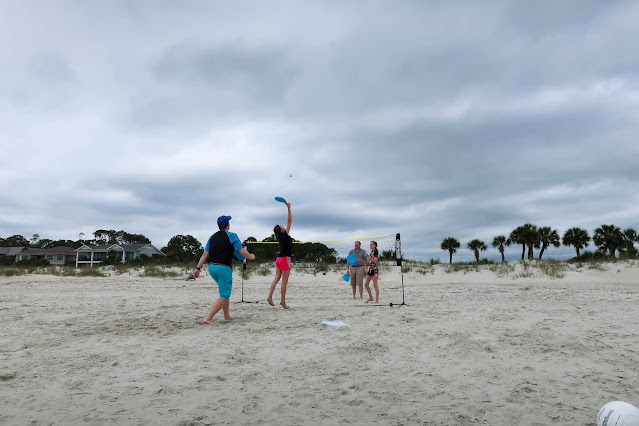 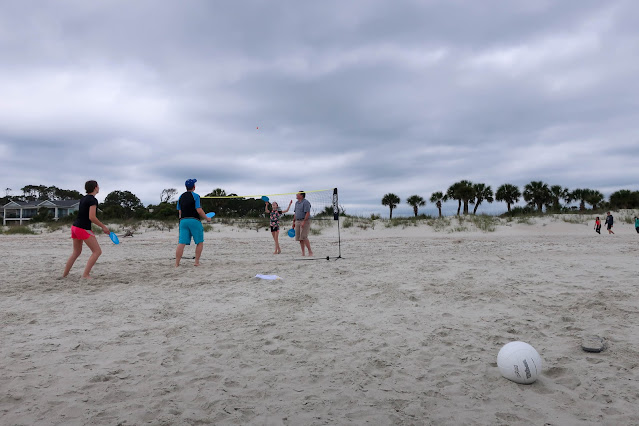 We eventually wore ourselves out and/or decided we were too cold to continue so we headed back to the condo for dinner (and probably a movie). It was nice to have a home base close by!
Posted by Nancy at 10:45 PM