This was an interesting, but very quick, stop that we probably won't be repeating. We found it touted as the "creepiest hike in your state," so naturally Rachel wanted to visit it. Supposedly the ruins are haunted by Baynard (who won the estate in a poker game), himself. But we didn't see any ghosts and the hike was more like a walk (and not even a long walk, at that). It was interesting to see the tabby block ruins and read about the history of the place, but we really only spent a few minutes there (which was especially disappointing because although the site itself is on the list of national historic sites, it's only accessible by a private road and there's a $9 toll per vehicle, which we did not know about beforehand—and it had to be paid in cash).

Here's everyone reading a plaque in front of the big house: 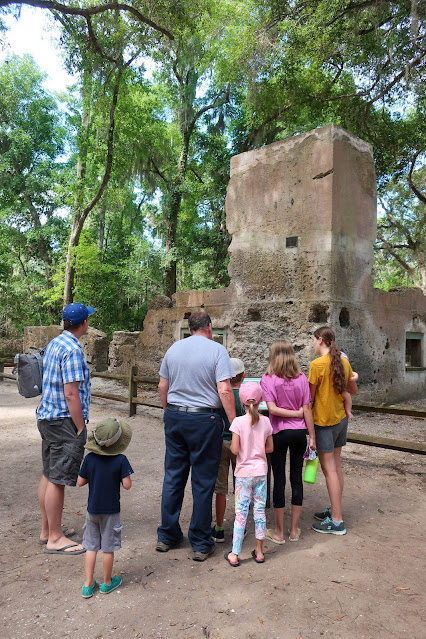 The forest was lovely. 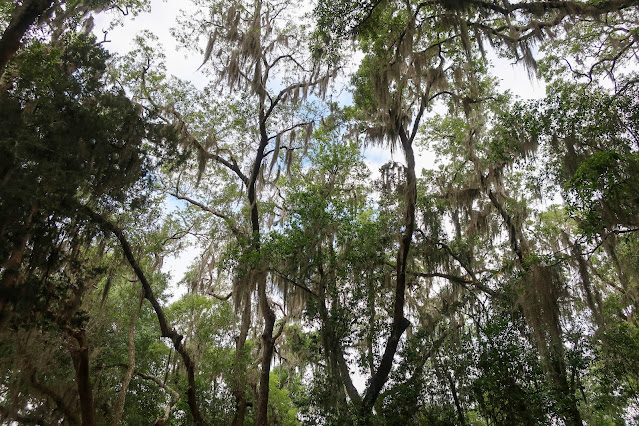 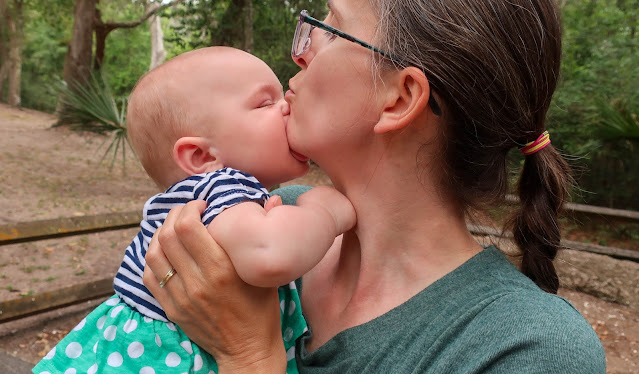 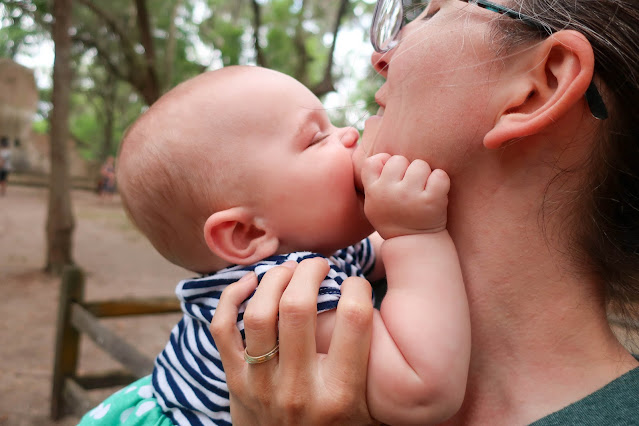 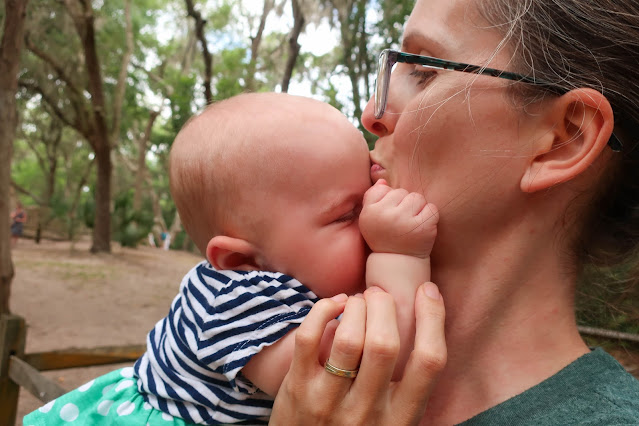 We walked down every trail around the ruins, hoping to find this "hike" we'd heard about. Each path spit us out into a residential road soon after embarking on our hike. But we did see this heron. 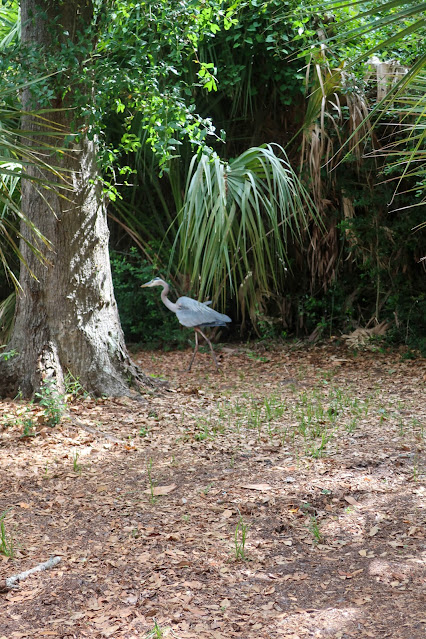 Here's Alexander, our intrepid explorer spying on the heron through the trees: 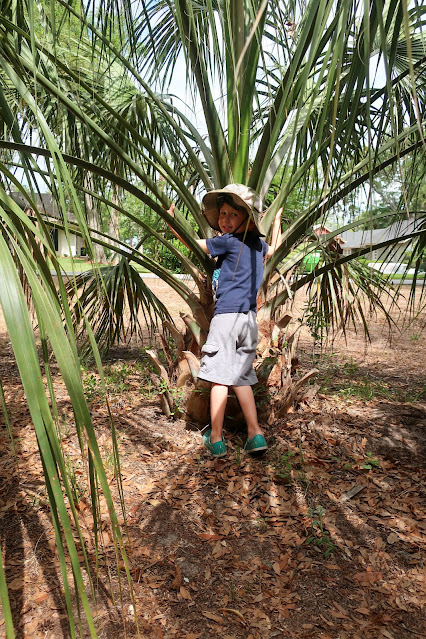 And here are my girlies climbing around in a big southern live oak: 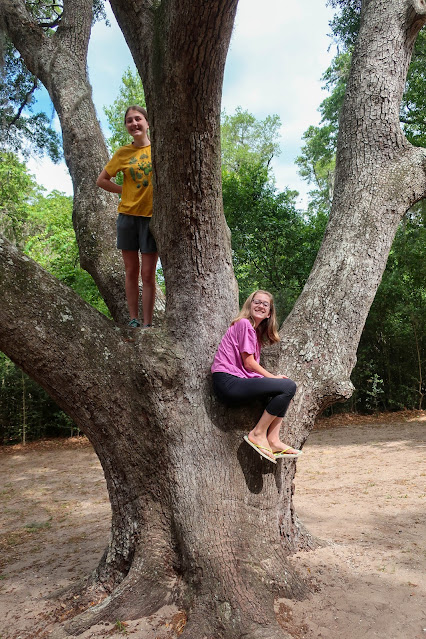 Why are they called live oak? Are there other oak that are dead?
Oh, wait. I think I just answered my own question. Although they are technically deciduous trees, they only drop their leaves immediately before budding out again in the spring, so they appear to be evergreens (but they're not evergreens, on account of dropping their leaves every year). 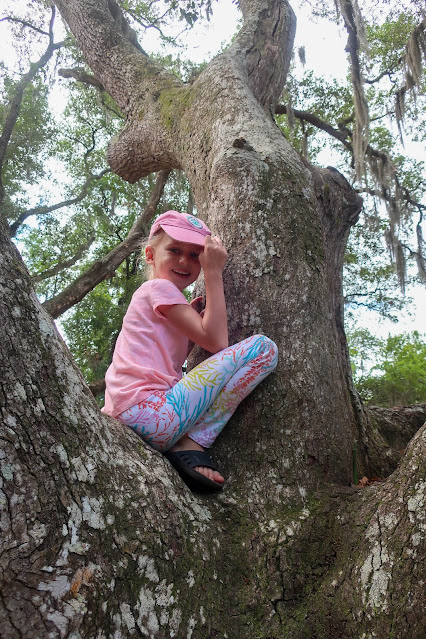 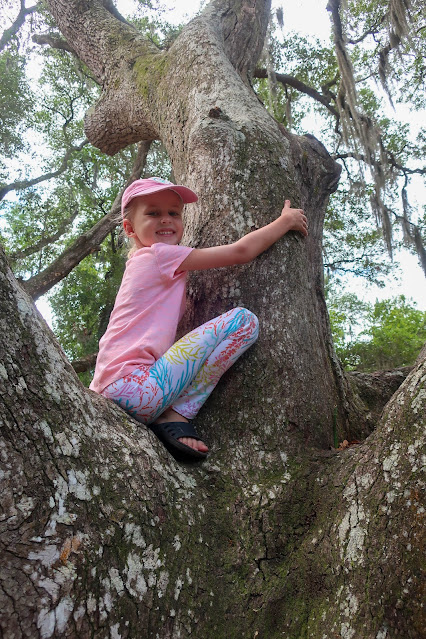 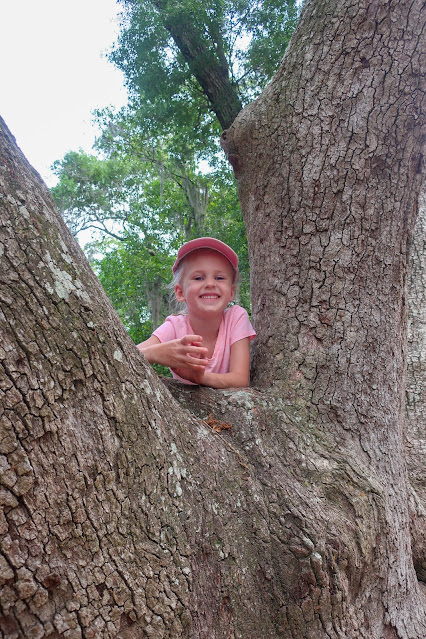 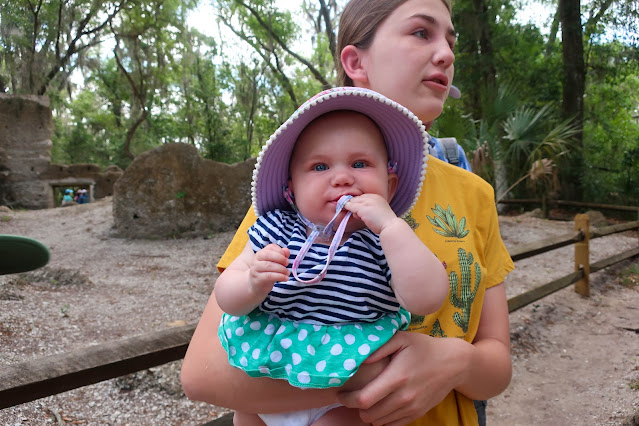 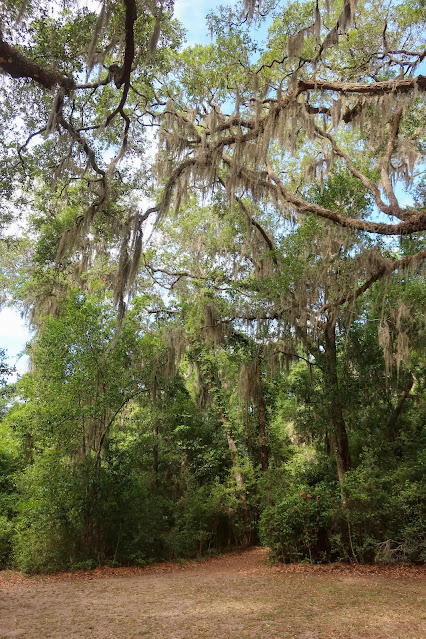 Reading another sign, because Roman Mars advises listeners to always read the plaque, which you can find more about at readtheplaque.com. Interestingly, I don't always have time to read every sign as we go through places (on account of chasing around so many children who can't yet read for so many years), so I've long been in the habit of snapping pictures of signs I want to read later. I have a few such snapshots from this trip. Perhaps I'll submit a couple to Read the Plaque: 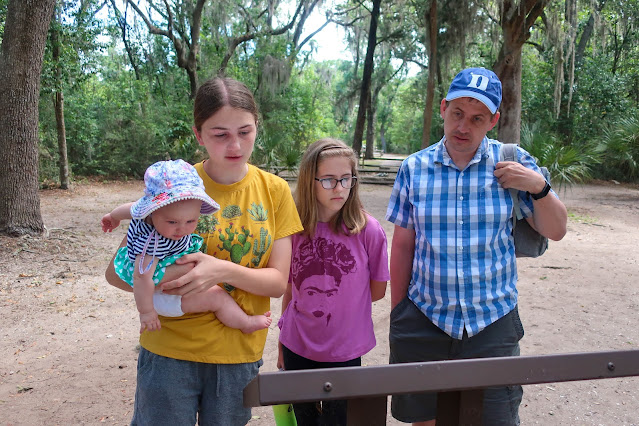 Here's a shot of our group (minus me, since I'm the one behind the camera this time): 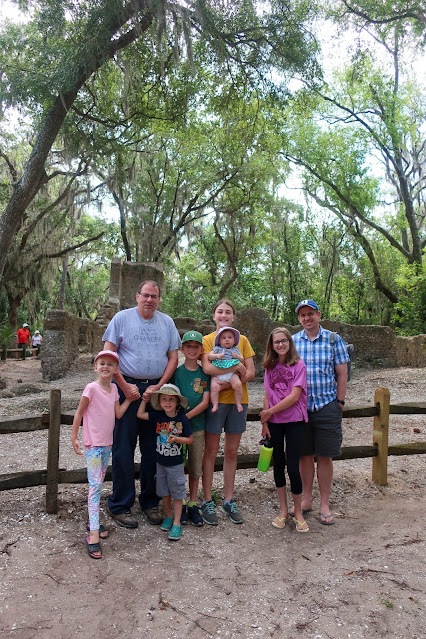 And here's a shot of the tabby block, which is made by burning sea shells to create lime, which they then that is mixed with sand, shells, and water to create a concrete. 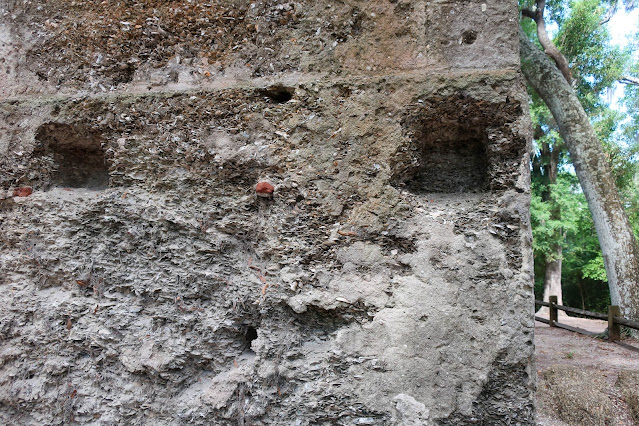 While it is neat to see tabby block from so long ago, it seems to be pretty common to see similar cement features around beachside communities—sidewalks and so forth often have shells embedded in them (though I don't think they're technically tabby block anymore).
Posted by Nancy at 1:33 AM