On Christmas day it snowed and snowed and snowed. We had plenty of snow to play in when we woke up on Boxing Day morning and it was the perfect consistency for building a snowman. Naanii and Bumpa don't have much of a yard anymore but Andrew, Benjamin, and Rachel managed to cobble together a snowman anyway.

Poor Miriam had been outside playing before they started the snowman building process but had run in crying because she'd lost her boots in the snow. She'd wandered into a patch of fresh, untrampled snow and the snow was so deep it went over the tops of her boots, filled them with coldness, and then sucked them off her feet. She ran up to the house barefoot and miserable.

"Okay," she said, as I peeled cold, wet clothes off of her, "I vote snow is horrible!"

Everyone else seemed to have fun, though! Here's Benjamin enjoying the snow, wearing Miriam's hat and gloves because she wasn't going to: 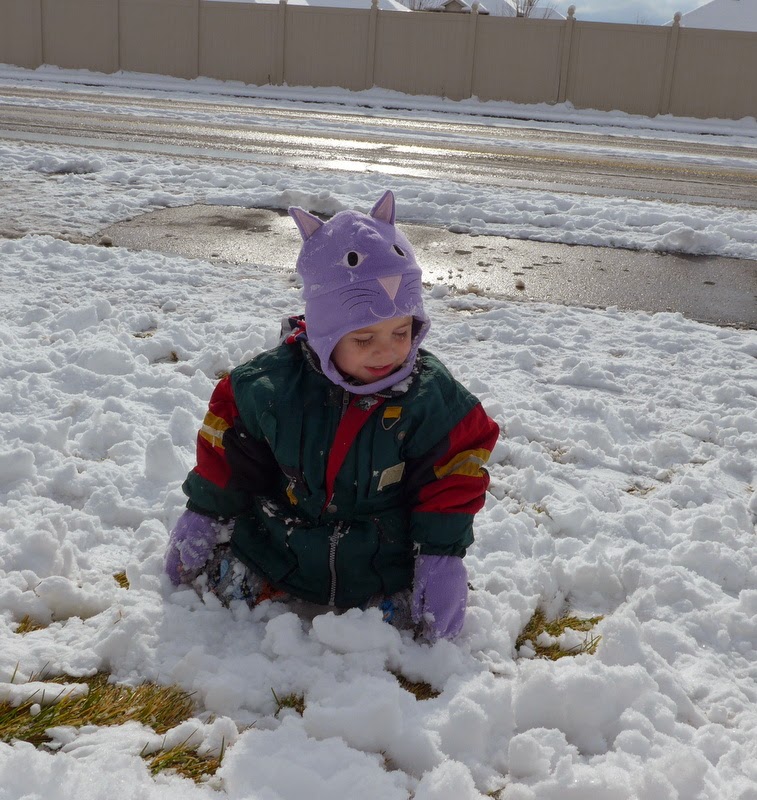 Here's Rachel checking to see if her snowball was big enough yet (obviously we hadn't done her hair yet): 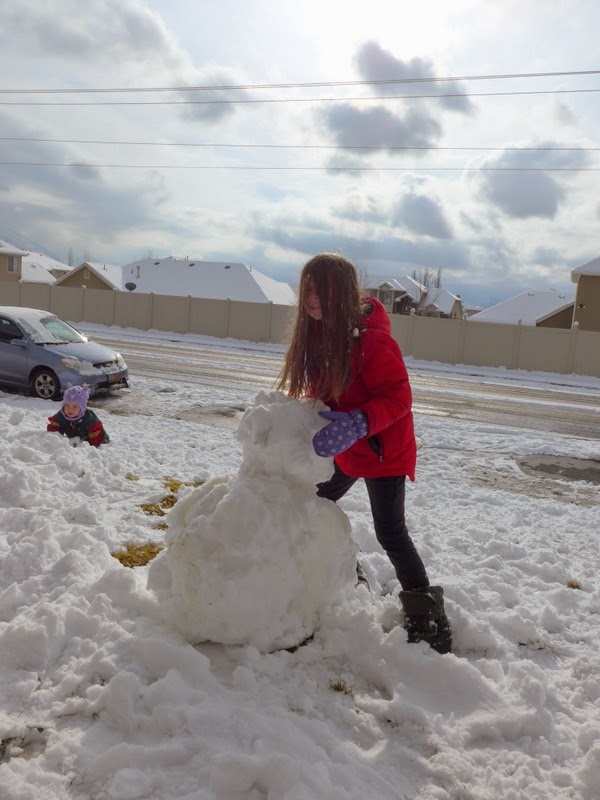 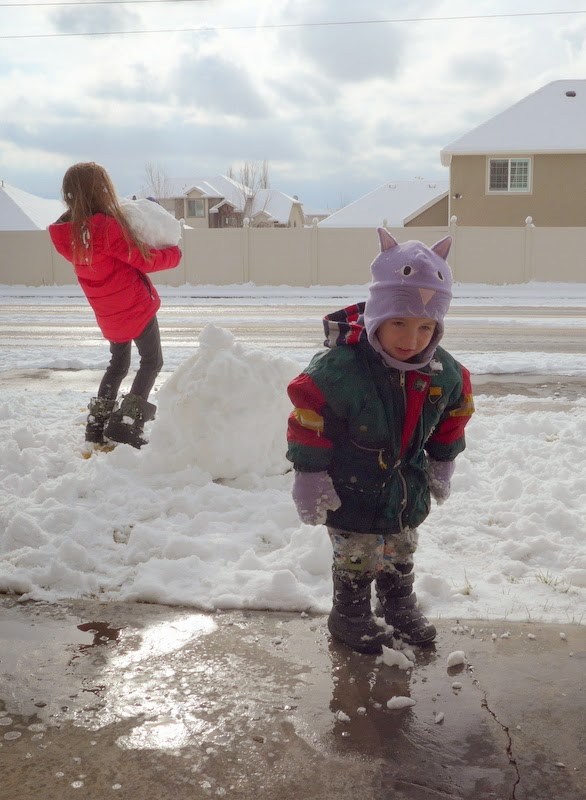 Heres's Andrew with one of the big snowballs to go on the bottom: 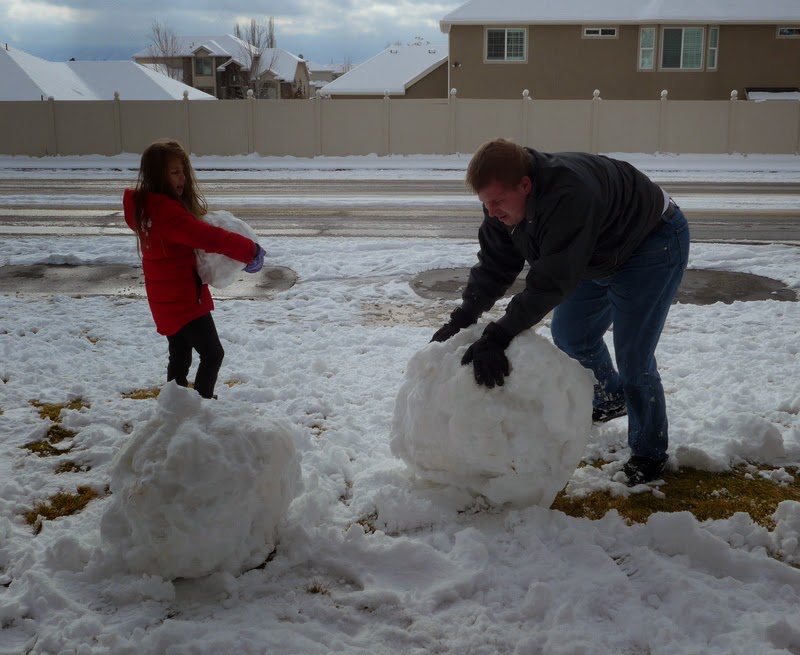 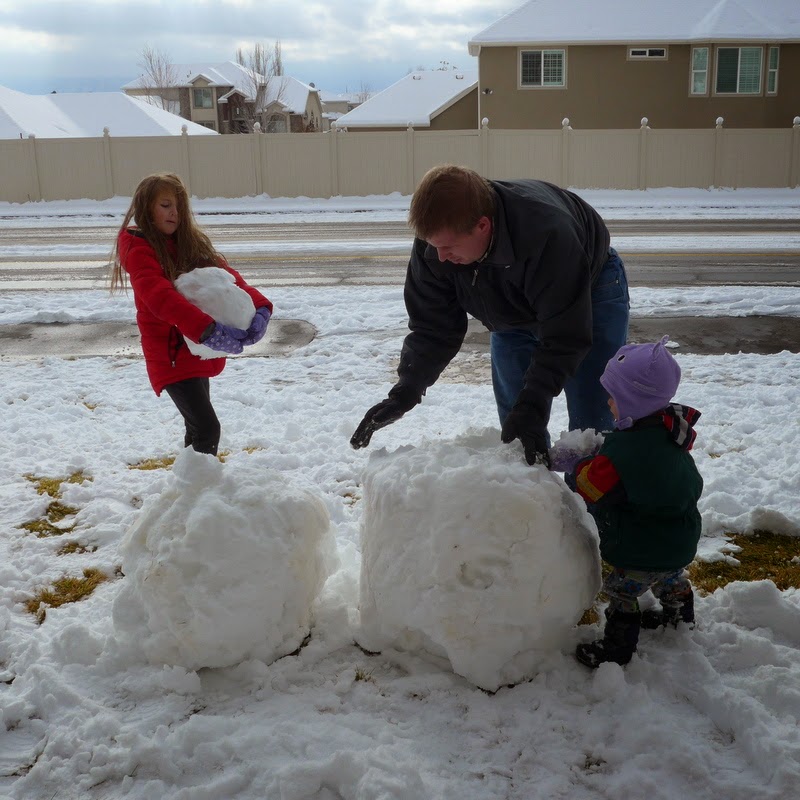 He was getting hot with all the hard work of pushing that snow around so he took off his shirt: 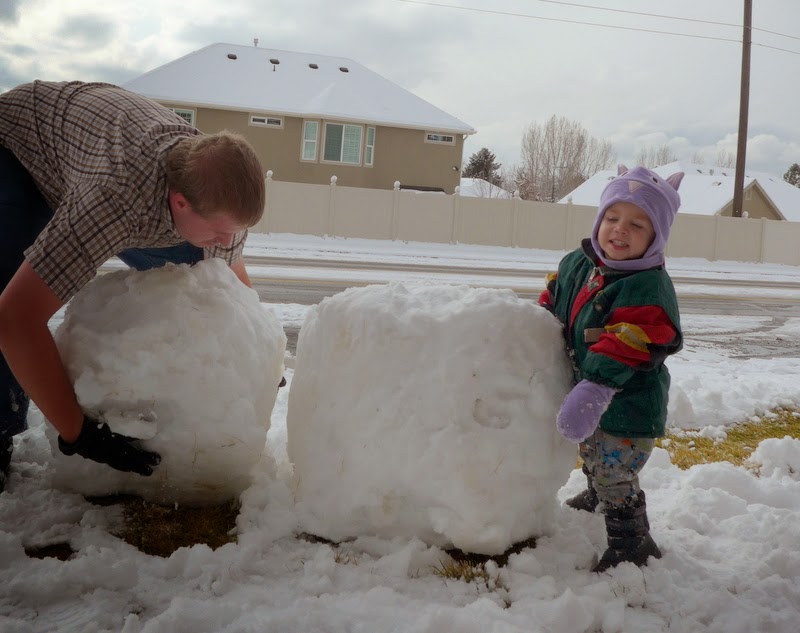 Here's Rachel lifting the head up: 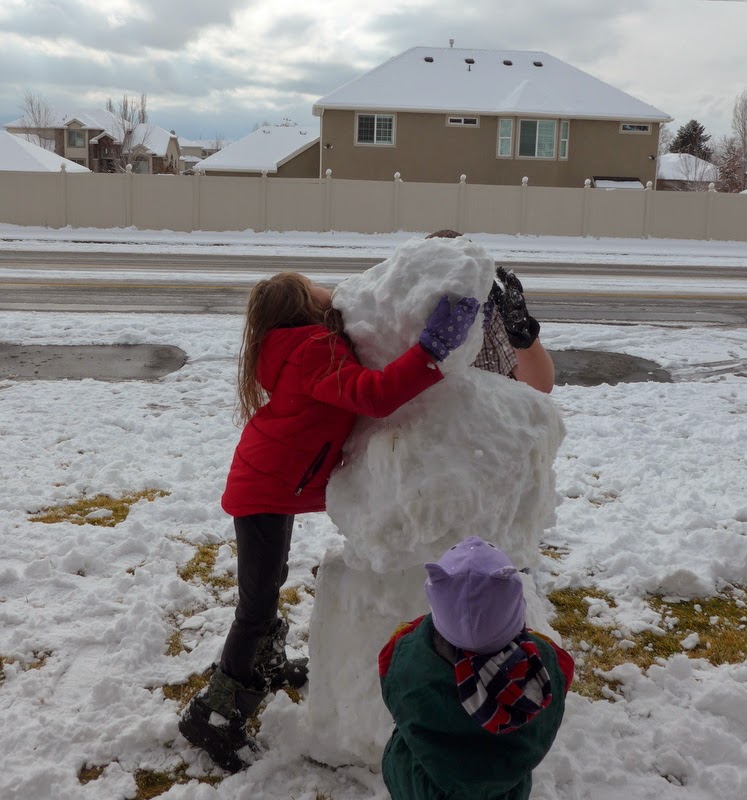 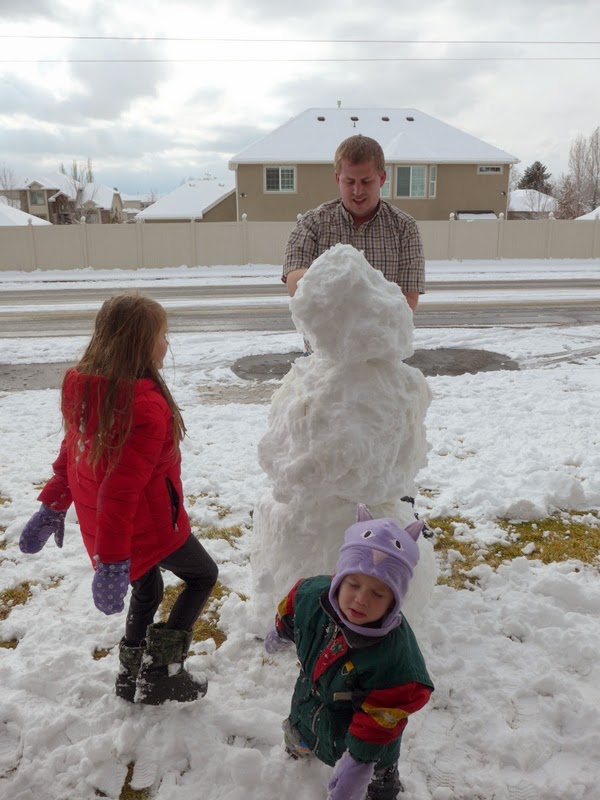 They made a little baby snowman, too: 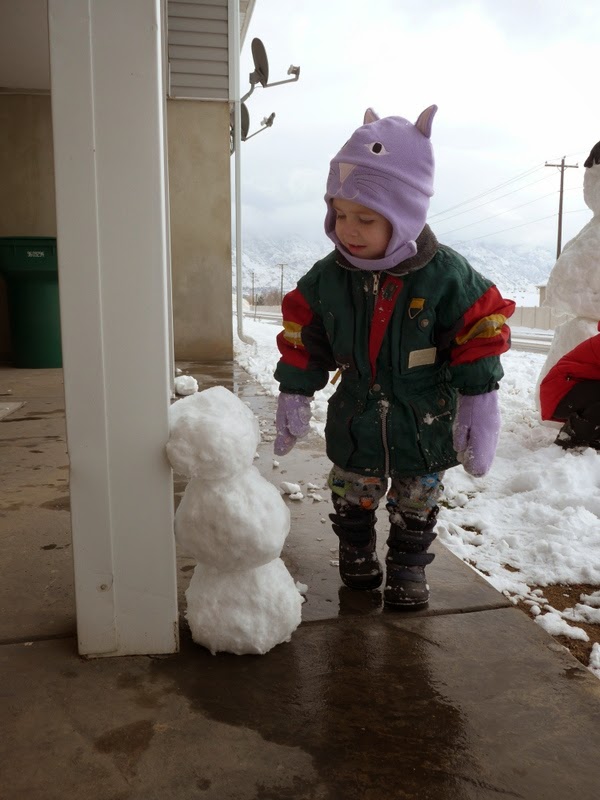 And here's an aerial shot from the balcony: 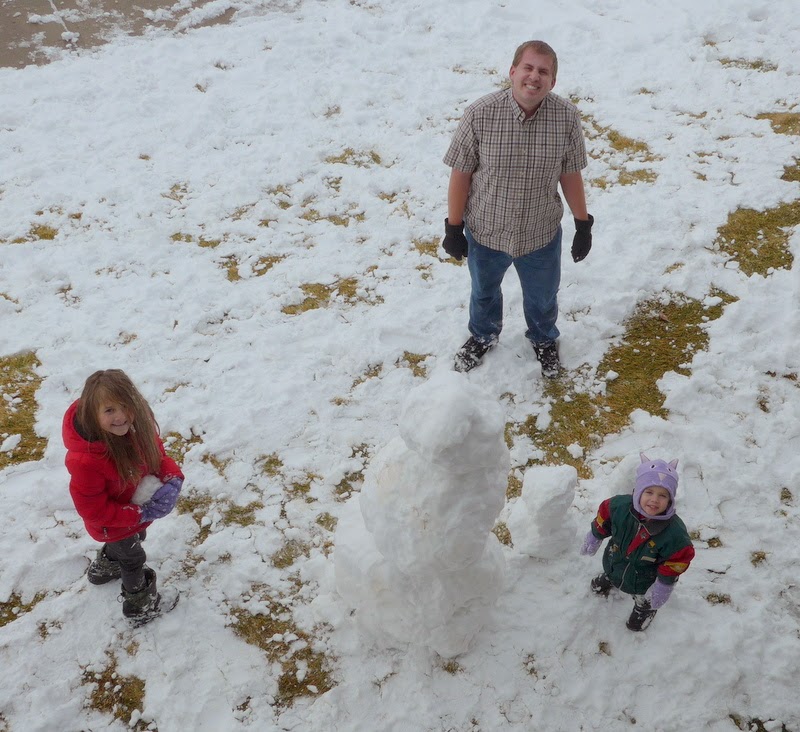 Andrew got a few cute shots of Rachel and Benjamin hugging the snowman...but they're on his phone and I don't want to get them off right now. You'll have to imagine the proud looks on their faces as they stood next to their snowman.

The rest of our day was pretty quiet and normal until Benjamin came to sit on my lap with a fever of who-knows-what. He was as lethargic as could be, so I just sat and held him for the rest of the day. Andrew went out and got some tylenol for him and we just took things pretty easy.

He set off a whole chain of sickness. People were dropping like flies! We'd be fine one minute and then be knocked out with a fever the next. The fever would last for 24 to 36 hours and then we'd feel better...with a few random lingering symptoms.

My mom's dizziness hasn't gone away.
I had the joy of diarrhea.
Benjamin and Reid both got a rash on their hands and feet.
Miriam's fever lasted much longer than everyone else's.
Karen's throat glands are still swollen

It's been the weirdest thing and sure slowed us down! It's taken us all week to have it go through our family, too, because no one was sick at the same time. First Benjamin, then me, then Miriam, then Andrew, then Rachel, then Grandma, then Grandpa. I'm not sure when Naanii got it because she got it after we left her house to share germs with Grandma and Grandpa. It hasn't been fun, but at least most of the symptoms disappear quickly.
Posted by Nancy at 5:22 PM