It only took us three or four passes to finally locate the "Tourism" booth at the Cordoba train station. We kept following the signs, but managed to miss the booth several times. We'll blame that on Rachel.

As it turns out our hotel is just a short walk from the train station and is in the middle of most of the touristy stuff downtown. That was a wonderful thing to find out.

After walking to our hotel and checking in, we went out to explore Cordoba.

As I've said before, we love this place. It's quite a small city and there really aren't many tourists here. Most of the tourists we've seen have been either Spanish or South American. No one speaks English to us. Kind of makes me wish I spoke Spanish better. Unfortunately whenever I open my mouth to say anything in Spanish, Italian (or something) comes out. But that's okay because whenever they go to speak English, Spanish come out.

We bought breakfast (in Madrid) and had the following conversation.

Me: Okay, good. What's inside these?

And that's kind of how it's been. They don't seem to dumb down their Spanish, either, and will just go on and on like we understand perfectly. It's awesome.

Anyway, back in Cordoba...

We first went to find the Mezquita--an old mosque on which Christians built a cathedral. The forest of columns inside is very impressive, but equally as impressive is the cathedral itself. It is like the Christians did their very best to one-up the Moslems when they built the cathedral. 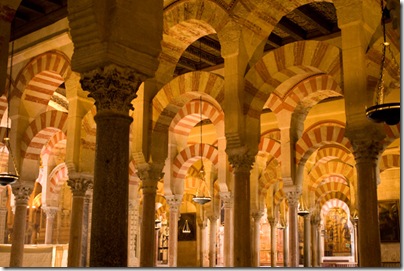 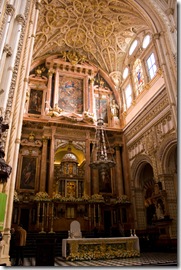 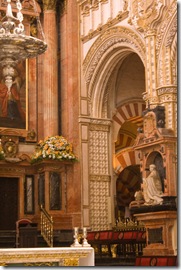 Rachel was sure shocked to hear the bells ringing. When they first began to toll she looked up at me, completely panic-stricken. Then she covered her ears and started to cry. When I explained to her that they were church bells calling people to pray, just like the adhan in Egypt...only with bells instead of a muezzin...she was a lot more comfortable with the idea. 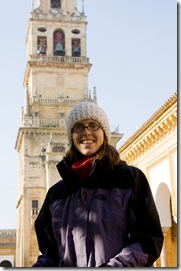 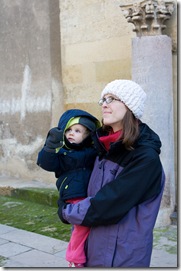 It was interesting to see the juxtaposition of the two religions. Even the outer wall was at odds with itself. Half the crenellations were in Umayyad style, the other half sported a very mediaeval look. 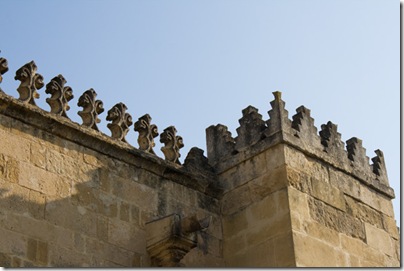 My favorite part, though, was the courtyard. Every inch was paved with stone, yet somehow they managed to grow an orange orchard. They had an irrigation system, of sorts, carrying water to each of the trees. 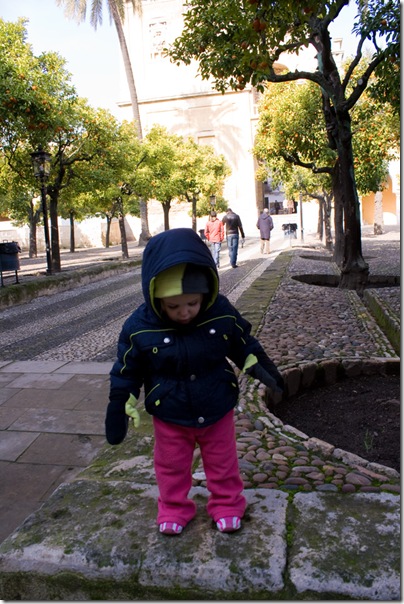 There are actually orange trees all over Spain, it seems. We saw millions of trees from the train on our way from Madrid. They literally line the streets. It's really quite beautiful and every step I take makes me crave freshly squeezed orange juice. 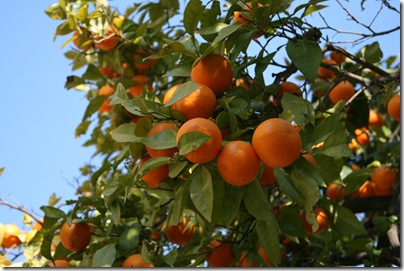 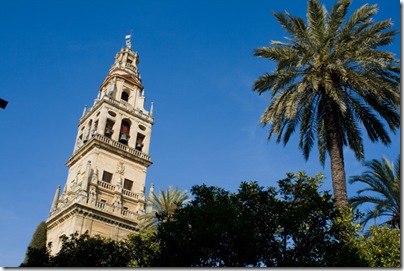 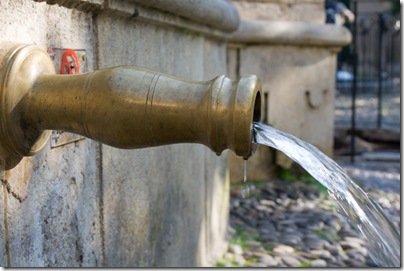 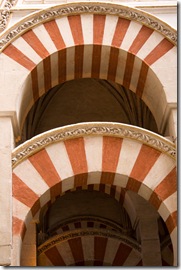 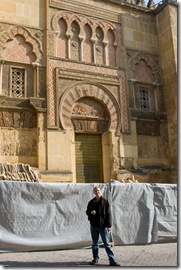 It was a beautiful building and mostly free. There was a ticket booth, but it was closed and the building was open so we went inside. Security didn't stop to question us, or anyone else, so we figured that it wasn't an accident.

We'll probably be going back there before we leave because there were some cute shops that I wanted to look at...but it's the Sabbath. It was so hard to remember that today was Sunday because we just went to church on Friday. We did our best to keep the Sabbath day holy but it just didn't feel like the right day of the week.

Anyway, besides the Mezquita, we also saw the Puente Romano, a famous bridge over the Rio Guadalquivir. The name "Guadalquivir" is actually Arabic for "Wadi al-Kabir" or "Big Valley." Truthfully we're not sure why the Puente Romano is famous. It's just on the map we got at the tourist office and was close to the Mezquita so we went there. 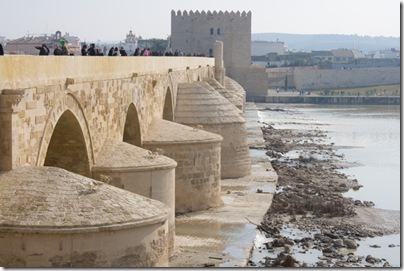 The river was pretty, though, and we got to see some old water mills, and a clown. 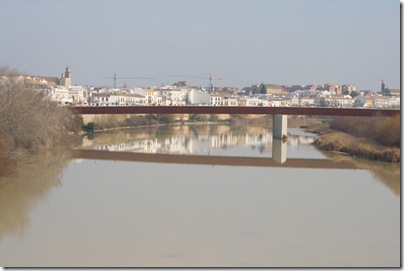 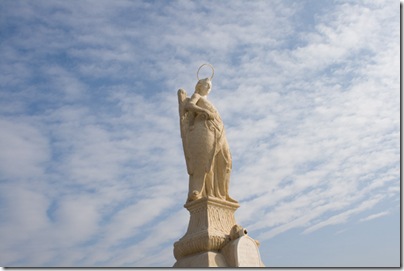 After that we wandered around aimlessly, stopping for lunch at a so-so cafe called Oh, La La! and for dinner at a fabulous kebab shop run by some Pakistanis called Corkebab. They were listening to Bollywood music and had a really fun and friendly atmosphere, unlike Oh, La La! They also gave Rachel a sucker. If only they had given it to her after dinner instead of right in the middle of it!

A lot of what we intended to see was closed for Sabbath observance, but it was fun to just be in Europe again, with streets so narrow you can touch both sides, yet still have cars driving down them, and all those other fun European things. 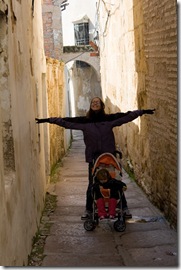 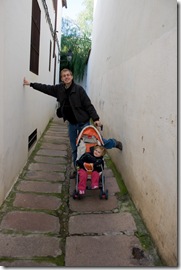