After we all woke up on January 1st, we headed off to Islamic Cairo. This meant that we only spent the afternoon there because we all slept in until around 11 or later. Our first stop was the Citadel.

One day Andrew and I need to break down and get an International Student Identity Card because I'm kind of getting sick and tired of trying to convince everyone that we are students. I personally think it is lame that they don't just accept student ID cards but since they don't we should just get the ISIC and stop getting hassled. 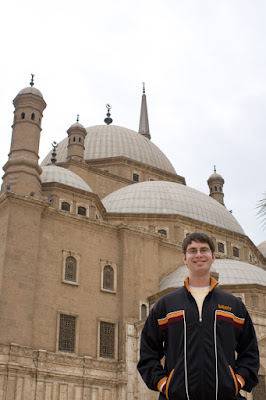 At the Mohamed Ali Mosque 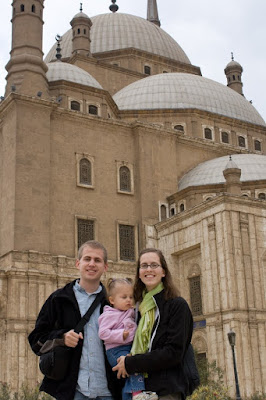 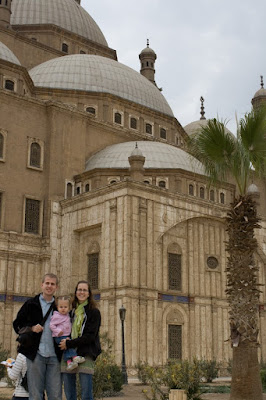 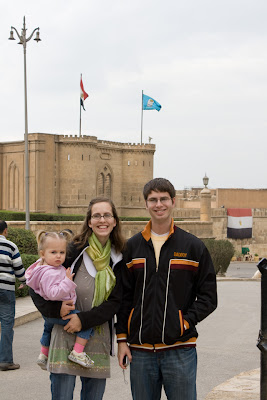 
Andrew made a goal this year to learn more about photography and to post a "pic a day" on his own personal blog that he has yet to post on, or even create. However, we've been to so many interesting places the first few days this year so he's been able to take many interesting pictures. 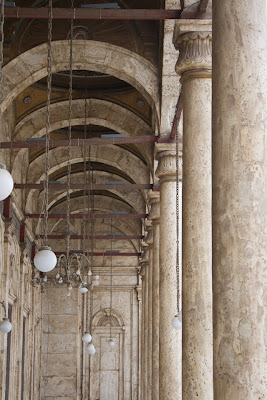 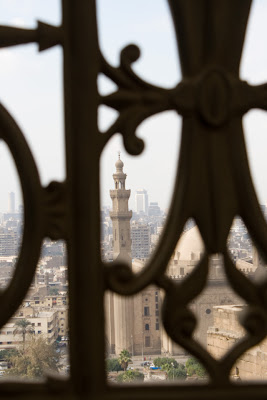 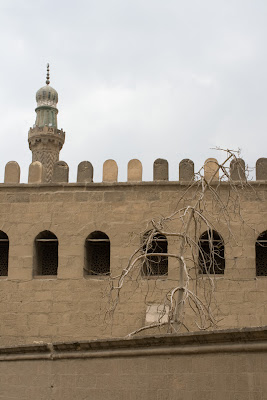 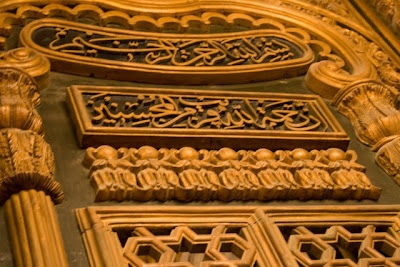 There were a ton of tourists inside the mosque; it was almost surprising to see how many Muslim tourists were there. I don't think I've ever seen that many there all at once, ever. It meant that Rachel got a lot more attention than she usually does at the Citadel. 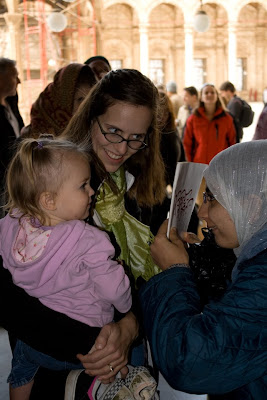 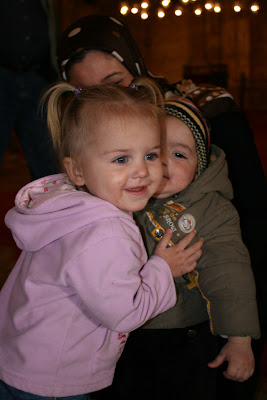 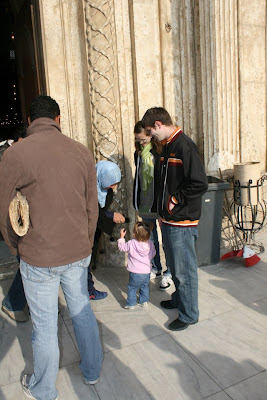 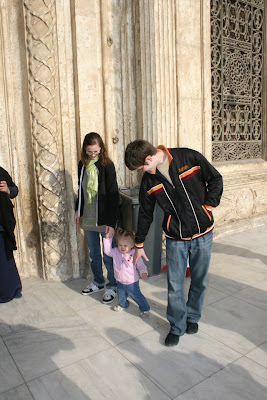 We looked at a few statues of animals. Rachel wasn't too fond of any of them. 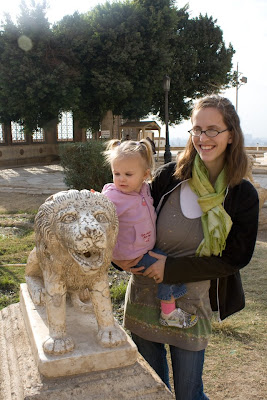 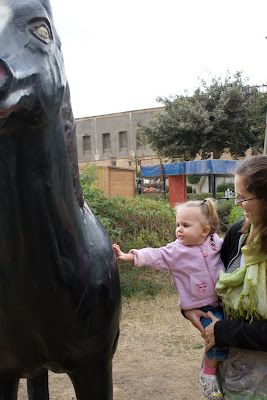 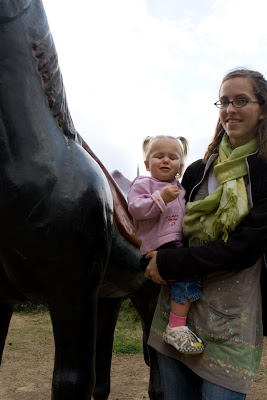 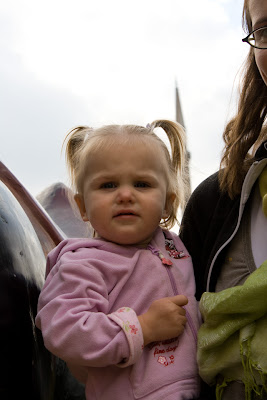 And, oddly enough, she didn't take too kindly to the artillery, either. Somehow being loaded into a cannon didn't sound like a good idea to her. 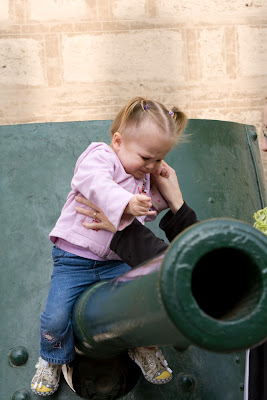 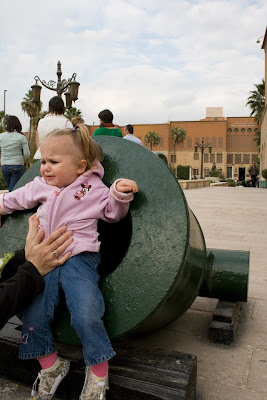 Perhaps it was the bad English that scared her off. 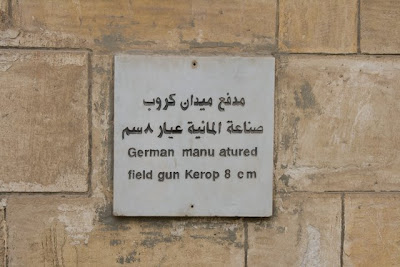 But Uncle David was kind enough to rescue her and stop her crazy parents from forcing her to pose with any more guns. 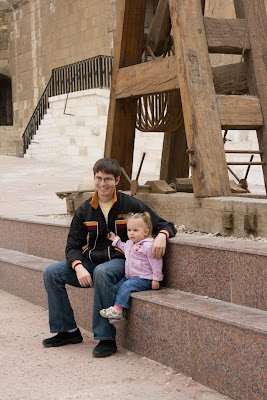 We didn't go into any museums this time around, having learned from our last excursion that the museums at the Citadel really aren't worth a visit. Furthermore, since it's kind of "high tourist" season the vendors are at their absolute worst. One man acted really friendly for us, and showed Rachel his trick toys--like a snake that jumps out of a can. She thought it was funny and kept signing more to ask him to do it again. I finally told him that she meant "maratania" and he was all excited that we spoke Arabic. We chatted with him for several minutes but when we told him we weren't going to buy anything he got all snippy and tried to force us into a scam, which was kind of annoying. Overall it was a pleasant trip, though.

From the Citadel we walked down to Ibn Tulun, which really is a pleasant walk. David got a nice glimpse of the pyramids and, as rare as this is, actual clouds in Cairo. It was a blustery day, as you can see. 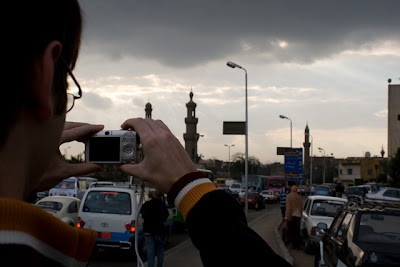 We saw several other interesting things, including a museum that we haven't been to. It looks interesting, at least from the outside, so we might head back there sometime. 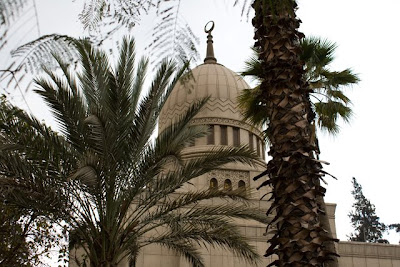 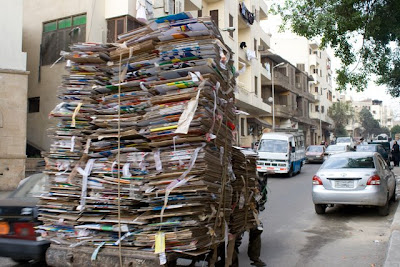 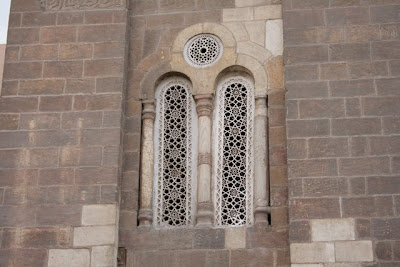 
Instead of going into Ibn Tulun itself we made the obligatory climb up its minaret. It was my first time climbing all the way to the top. For some reason or another I had never made it to the top. Last time it was because I misplaced my mother-in-law and had to go back down to find her (how you lose someone on a minaret, I don't know). And the times before that it was probably because I was stressing out about leaving my baby behind on the roof of a mosque without any guardrail. 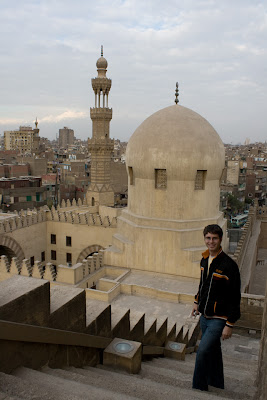 Andrew volunteered to stay down on the roof with her, though, and after reminding him several times to not let her run or jump or spin or move or even be within 10 feet of the edge I followed David up the staircase. I was right to worry, though. Rachel needed an emergency potty break while on the roof so Andrew just took off her pants and let her go on a pile of garbage on the corner, which sounds a little sacreligious until you remember that she went on a pile of garbage.

Cairo is so dirty. If I was asked to head up a clean-up group I wouldn't even know where to start! Is that a four-wheeler on that roof? 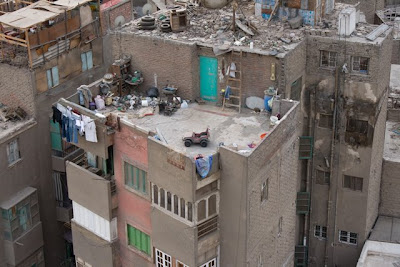