On Thursday (January 8th) we woke up bright and early to hit the pyramids at Giza before the throngs of tourists arrived. After talking to every ticket booth person multiple times Andrew was finally able to convince one of them to let us in with our student ID cards (note to self: get ISIC), and this ended up being our most pleasant trip to the pyramids yet.
We had Emad drop us off at the gate and we just walked the whole complex. It isn't as big as it seemed. Every single bus/taxi/ donkey/camel/horse/carriage driver that we've talked to has said that it takes hours and hours to walk between the pyramids and that it's just too hard. Last time was an interesting experience and not one to be repeated, in our opinion, and the time before that was an absolute joke, so we decided to do it our way this time and walk the whole way.
It ended up being just fine.
Taking pictures was fun because we didn't have tour guides yelling at us to hurry up the whole time. We explored and meandered to our heart's content--and as much as the Tourism Police would let us. 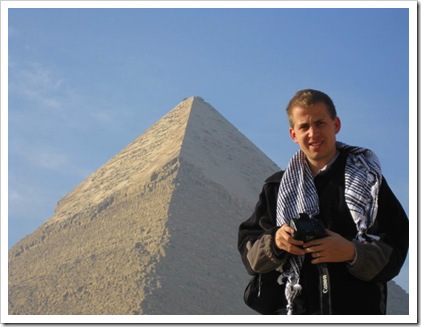 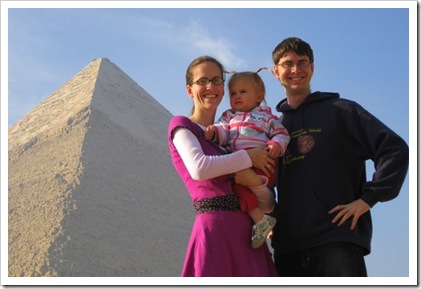 We ended up getting a little silly, but it sure was fun! 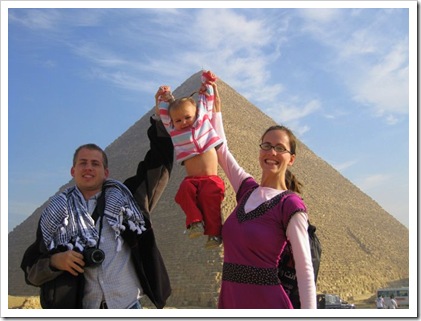 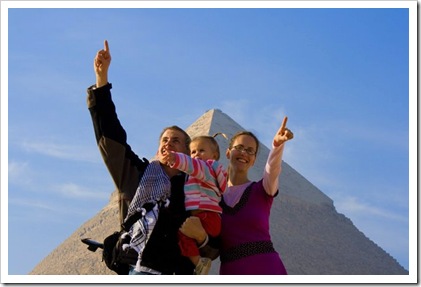 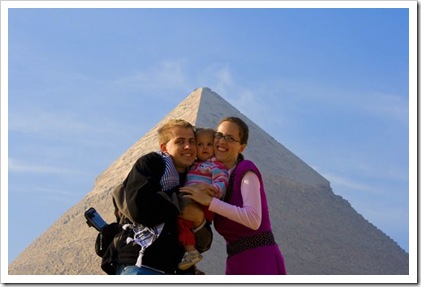 We were a little worried that the smog wouldn't burn off, but the sky was a nice crystal blue about an hour after we started snapping pictures.
Since David was with us we had to ride camels. Going to Egypt and not riding a camel is pretty much taboo. Rachel was not happy about this at all. When we first approached the camels she started growling, and then when she realized we were going to make her ride one she started wailing, "NO! NO! NO! NO! NO!"
She screamed the entire half hour we were riding! 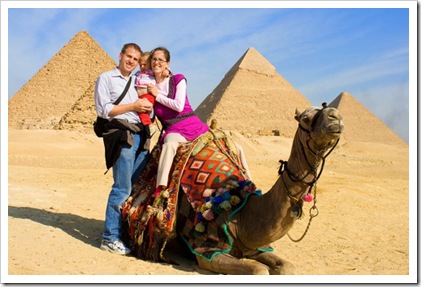 I'm sure it didn't help that our "guides" insisted on riding the camels with us. That wasn't the most pleasant experience for her, I'm sure, being squished between me and some random person she's never met before. She doesn't do well with camels or strangers so it was kind of a double whammy.
Funny enough, she almost peed her pants while sitting on the camel. Again! When we were riding back to the pyramids from the "lookout point" she stopped screaming "NO!" and started screaming "POTTY!"
I couldn't tell if she needed to go herself or if she was just pointing out that the camels use the desert for a potty. She spent all morning pointing to piles of camel droppings and declaring, "POT-TY!"
She's great at object identification!
The first of the great pyramids is always swarming with tourists, so we skipped that one and went to play on the farther pyramids. They are always much less populated and we were able to play around a lot more. 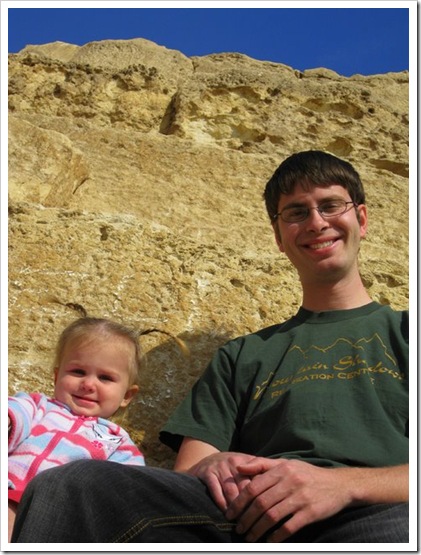 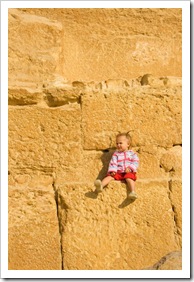 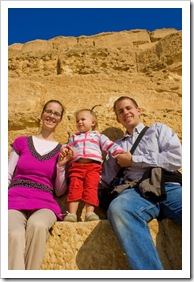 And, for the first time ever, we were able to actually spend some time with the Sphinx! We still couldn't get right up to it because that either is a separate ticket or is only for special tours, but at least we were able to get a good look this time and it wasn't a drive-by glimpse! 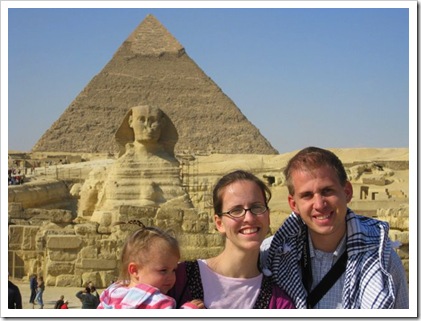