Miriam busied herself with some writing notes this evening. First she made a get-well card for Benjamin, who is still sick. He got to leave the house today but only to pick me up at Home Depot (summary: I got a ride to play rehearsal with Marian but she had to go shopping on the way home so Andrew met us there to pick me up (and had to drag all the kids with him)), but he won't be going anywhere tomorrow.

He was so sad when we told him he would be missing church tomorrow. He was even sadder when we wouldn't let him have any strawberries. We saved some for him for when he gets better but we weren't about to give him strawberries just so he could throw them up again! What a waste!

Ever-empathetic Miriam felt bad that he felt bad and made him this card to cheer him up: 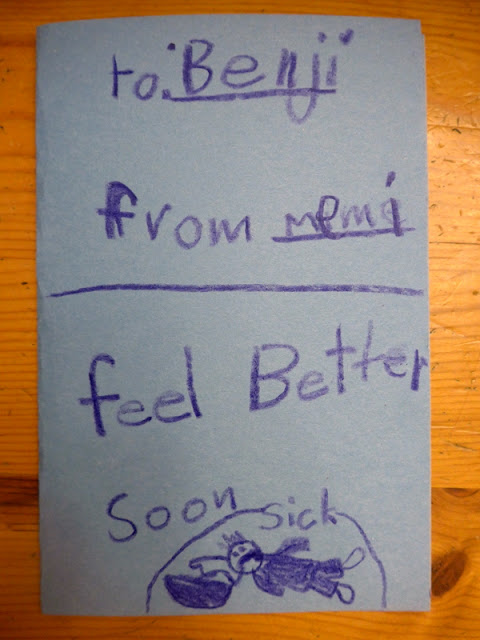 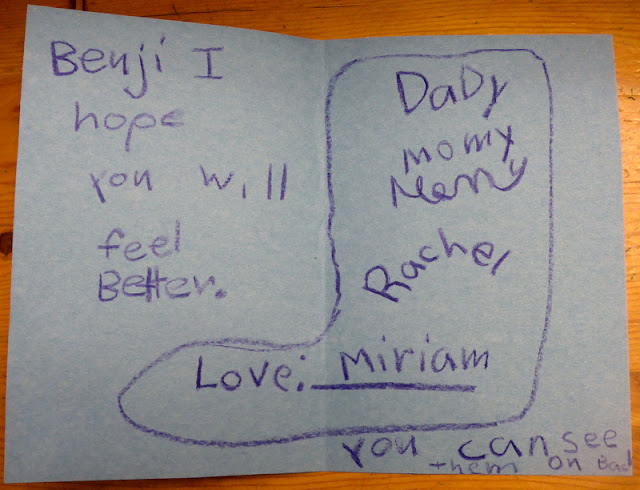 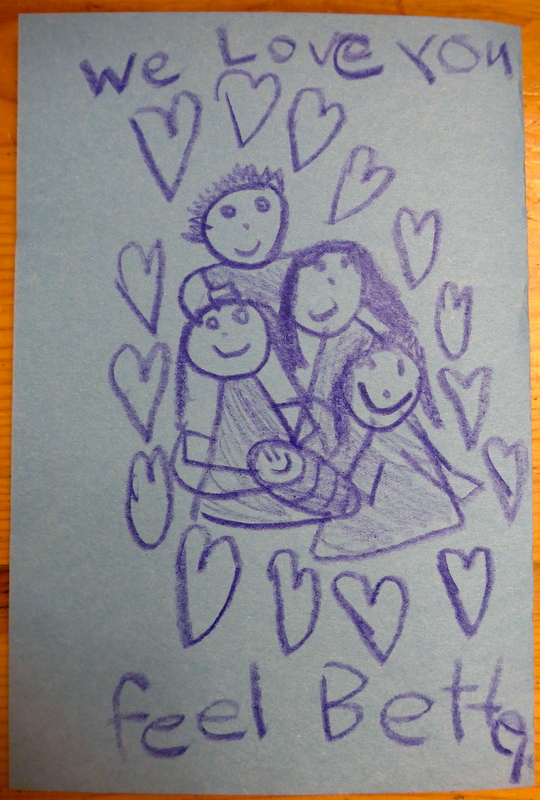 That is the cutest family picture ever...or at least it would be if Benjamin were on it, but he's stuck on the front cover doing this:

Here he is sleeping on the couch. He hasn't thrown up since around 7:00, so that's pretty good... 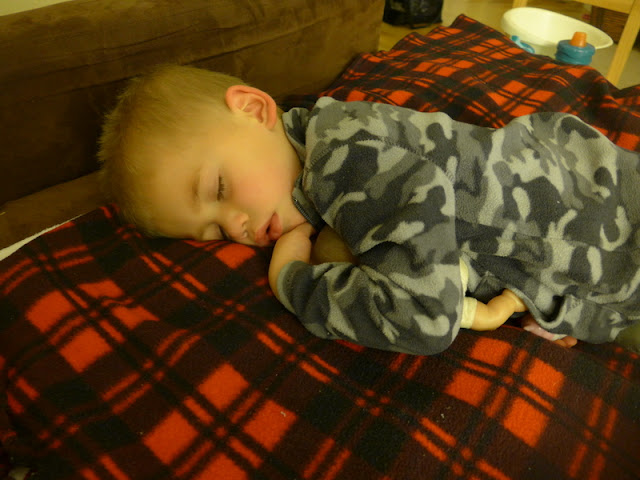 Miriam's next note is for her friend Eileen. She adores Eileen. Eileen is from China and sometimes she teaches Miriam Chinese words. Miriam loves this. 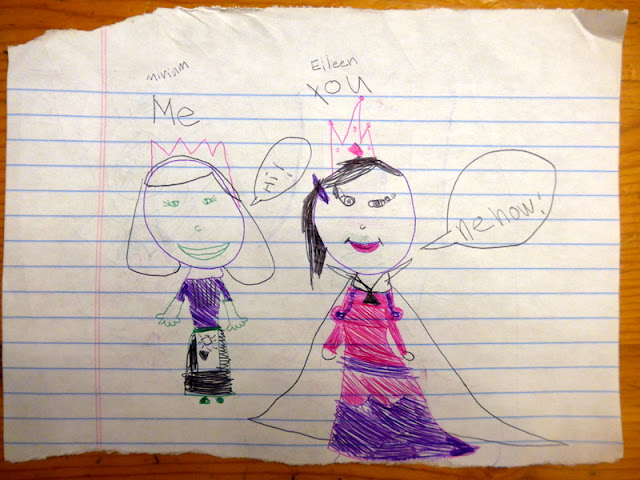 She really wants Eileen to come see Chitty Chitty Bang Bang when we perform so she wrote this note: 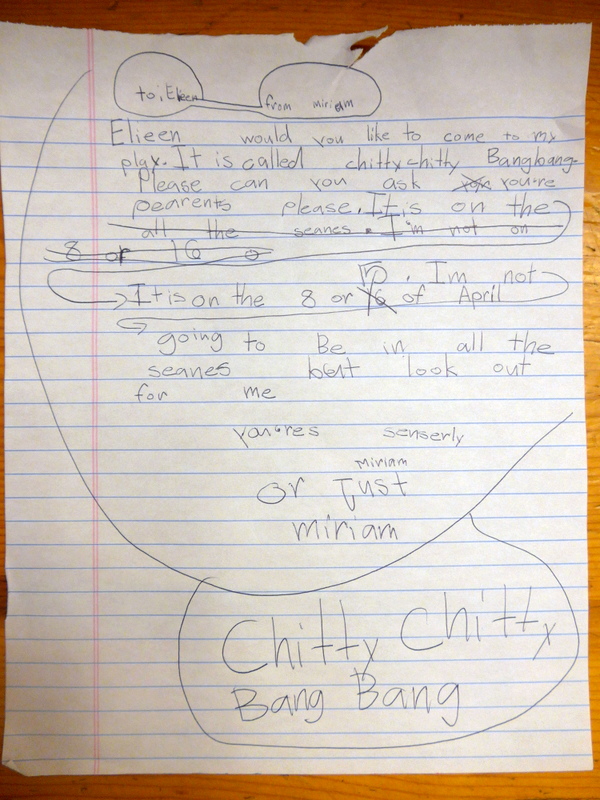 Eileen, would you like to come to my play? It's called Chitty Chitty Bang Bang. Please can you ask you're pearents please. It's on the 8 or 15 of April. I'm not going to be in all the seanes but look out for me.

Miriam's really worried that Eileen's parents won't understand (I know when Eileen had a hard day at school her aunt had to be called because her parents were having a hard time understanding, so obviously Eileen's aunt speaks English well) so when I sent a message to Angel, Andrew's cousin Scott's wife, who is from Taiwan, inviting them to come watch the show I asked her if she wouldn't mind translating for Miriam as well. So she did. Because she's nice like that.

Miriam is so excited to take her note to Eileen!