Both Rachel and Miriam were presented with certificates during their award assemblies this Friday, which meant we got to go to the K–2 assembly and then the 3–5 assembly. It was a bit long for Benjamin to have to sit through two whole assemblies ("I don't want another assemble! I want to go to recess with Mimi's class!") but it was lovely to see our girls walk across the stage.

Miriam got the "Effort Award" for showing good effort during the past quarter. It's quite an honour since only one student in each class gets chosen each quarter, even though lots of students are putting forth all the effort they can muster. 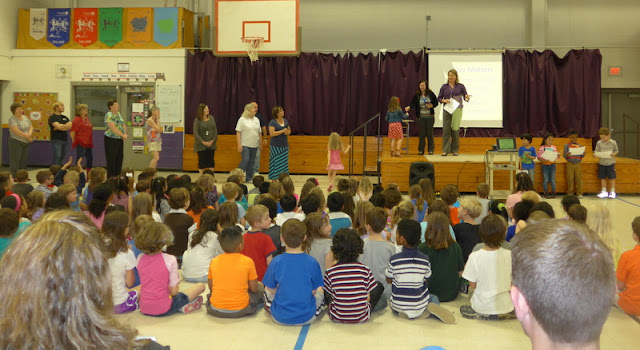 They mixed up her certificate so she wasn't sure what to do... 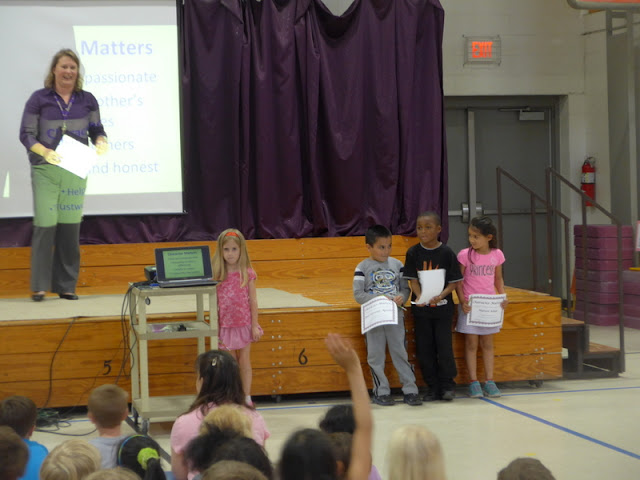 After the awards were given out they talked about making progress on goals and not giving up (even if you feel like you're falling short—the principal even used one of her personal goals as an example; she hasn't been able to walk her dog for three miles every morning, but she has been able to walk her dog every day and she's not going to give up trying to hit three miles consistently). They practiced positive "growth mindset" statements.

And then we did the exact same thing, only with Rachel, who got the "Character Award." 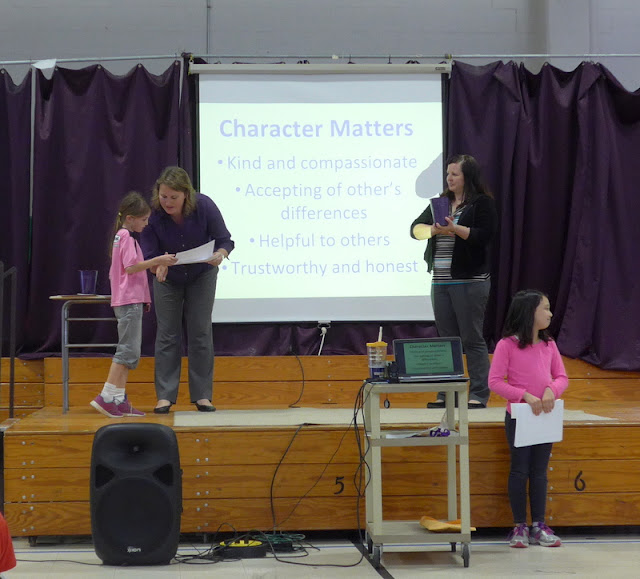 These awards are supposed to be a surprise for the children. Last Thursday Miriam was sent home with a sealed envelope marked, "To the parents of Miriam Heiss."

She burst through the door, said, "I have something in my backpack for you but just a minute!" and ran off to hide while she opened the envelope and read the letter, ruining the surprise for herself.

Rachel came home on Friday was a sealed envelope marked, "To the parents of Rachel Heiss," which she immediately handed over to me (still sealed) and then inquired politely about the contents.

And thus we see exactly why Miriam got the effort award while Rachel got the character award!

Anyway, it was fun to see the girls receive their awards.

And we managed to catch the end of Miriam's recess (her teacher let them have an extra long afternoon recess) which made Benjamin quite happy.
Posted by Nancy at 10:17 PM