We went to our neighbourhood Easter egg hunt this morning. In years past it's seemed like the entire neighbourhood has shown up and the eggs disappear within seconds of releasing the kids on the hunt, so this year the event planners sent out multiple emails warning everyone to arrive on time (or be left out).

But this morning it was, relatively speaking, rather chilly, and that must have frightened all our neighbours away because by the time we walked to the park (we got there with four minutes to spare) there weren't very many people there. We'd only brought little brown paper bag baskets that we'd made during breakfast but the guy in charge had brought along a bunch of grocery bags (just in case) so Rachel and Miriam grabbed one of those to fill up, too, because apparently they hid 1200 eggs for the kids to find—and there weren't that many kids to find them! 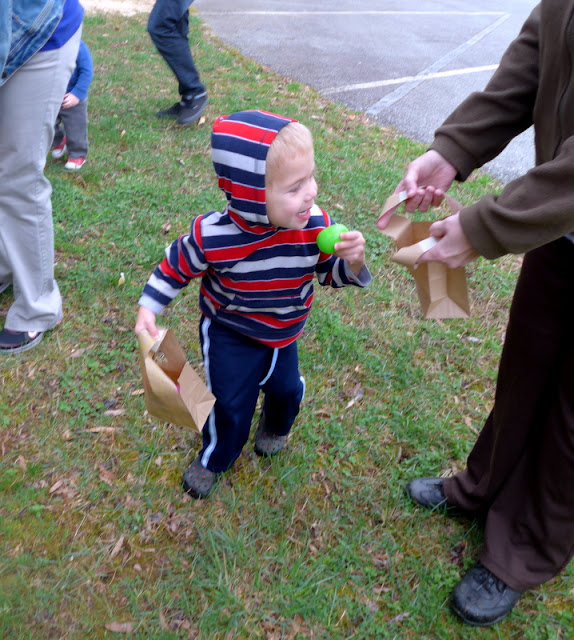 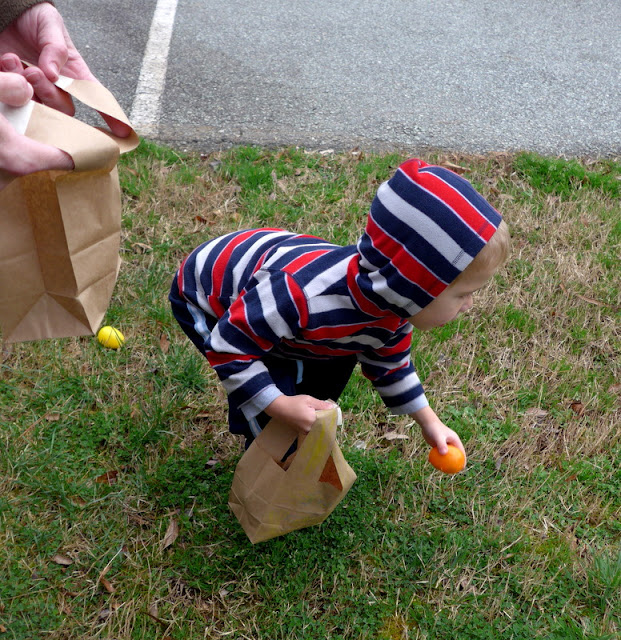 Zoë picked up one egg and held it, wondering why everyone was so excited about this game: 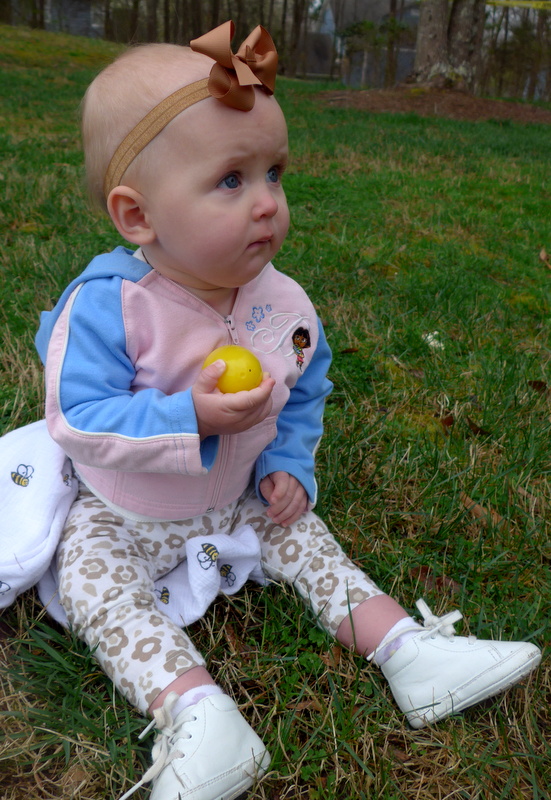 Here's Benjamin with his basket (it's a robot rabbit): 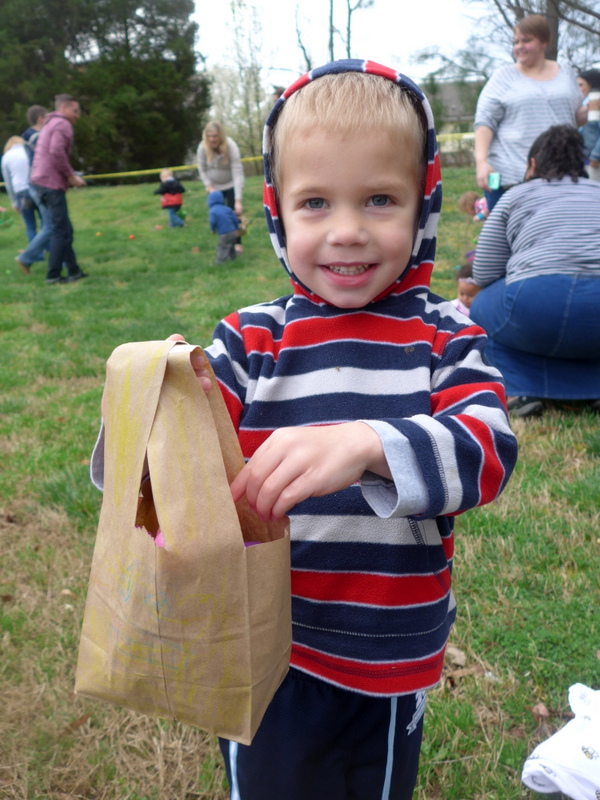 Once we were finished with the toddler zone we went to check on our big sisters. Rachel went to the biggest kid area this year. It also got cleared out pretty quickly. She didn't find a special golden egg, but she did find a whole lot of other eggs! 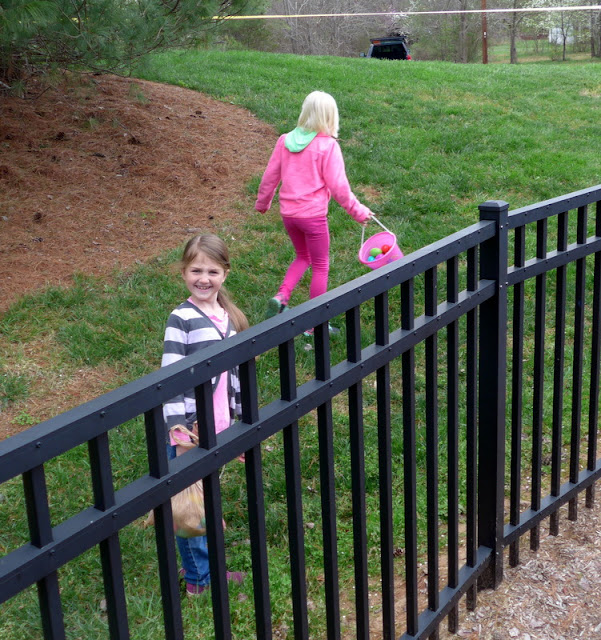 Both Miriam and Benjamin found a special golden egg (these ones were actually hidden, not left in plain sight like most of the eggs). 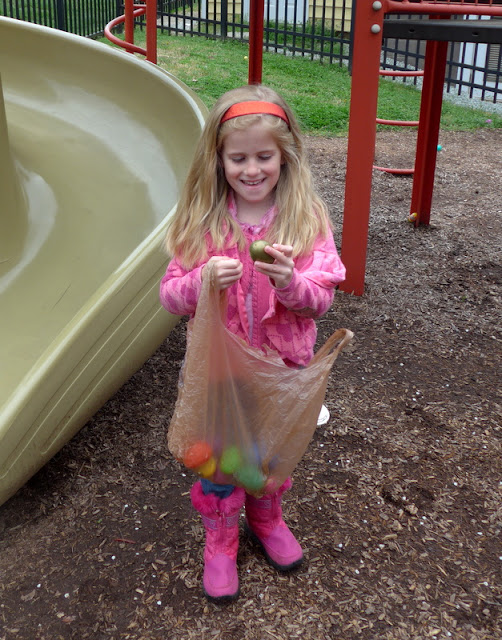 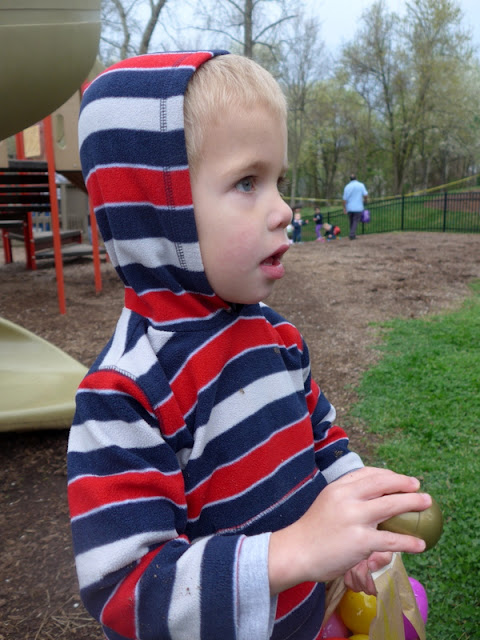 Here they are after they traded in the golden eggs for their special prizes: 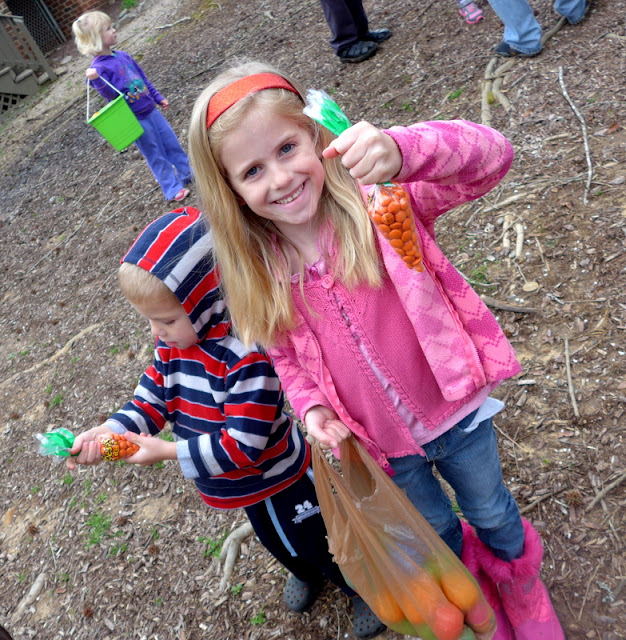 Here's Zoë sitting in the grass with another egg. By this time the excitement in the atmosphere had rubbed off on her so she's a bit more cheerful. 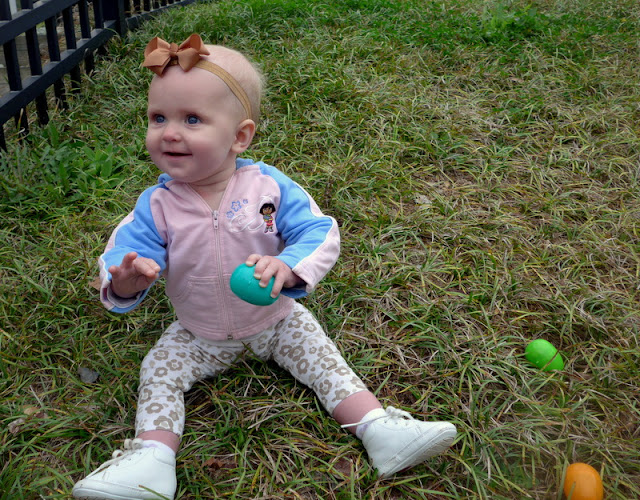 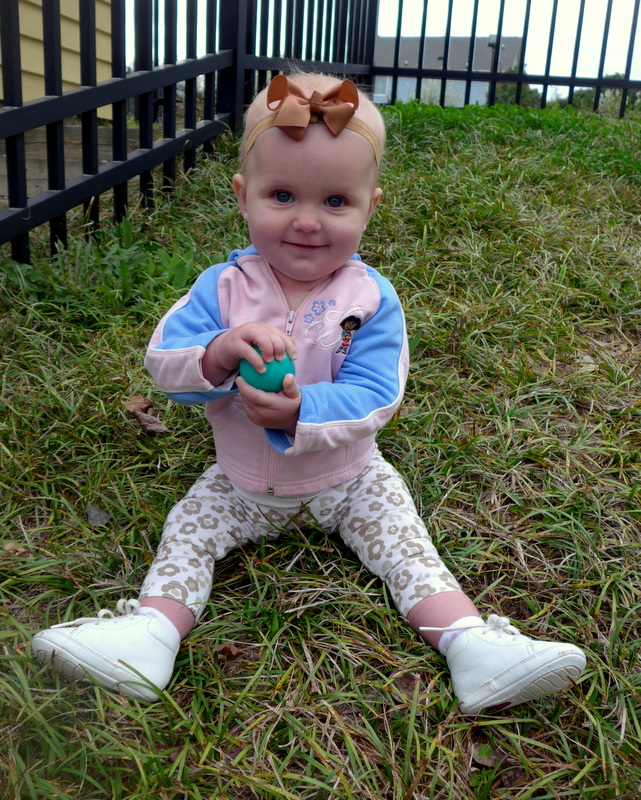 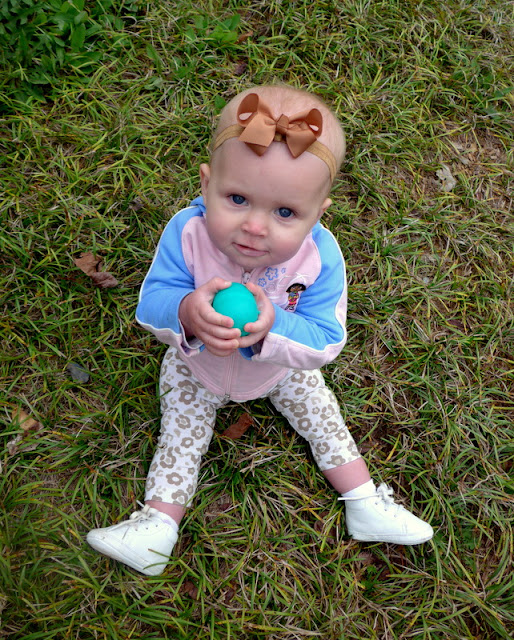 And here we are back at home going through our loot: 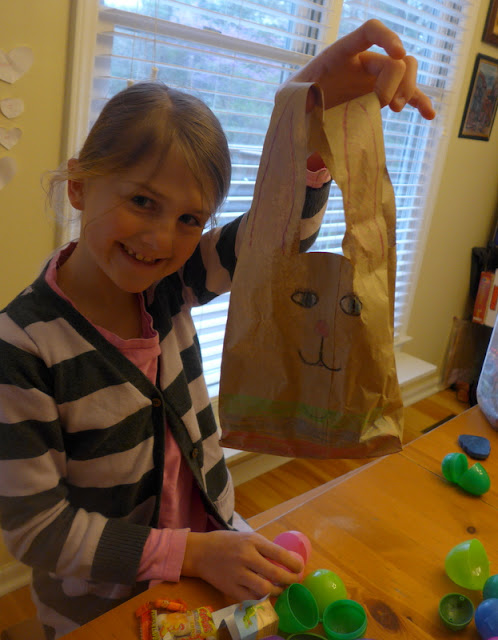 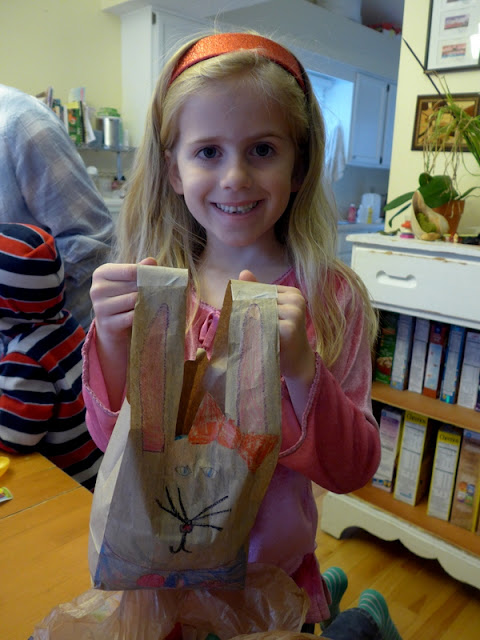 The kids made out like bandits. I counted 101 eggs (give or take)! They opened them all and compared and shared their candy and toys. They even made up a little bag to take to the girls across the street (they missed the hunt this year). We found puzzles, stickers, toy dogs and dinosaurs, parachutes, bouncy balls, and plenty of candy. Oh, and something slightly unsavoury... 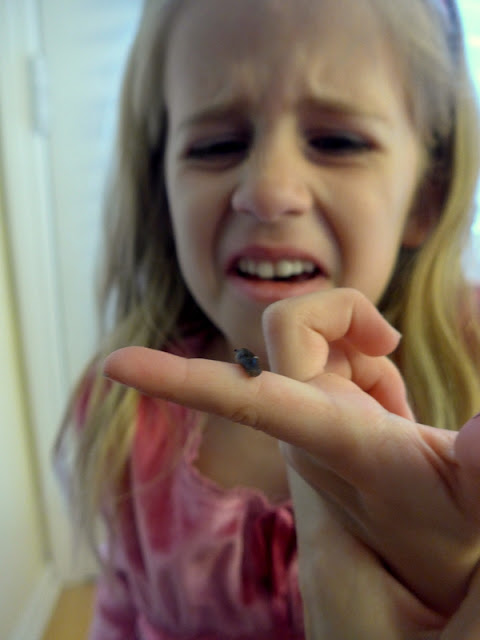 Miriam found a slug on one of the eggs, a rather nasty surprise! Other than that (and the slightly chilly weather) though, it was a fine morning.
Posted by Nancy at 11:20 AM