Every morning after the kids leave for school, Zoë requests play-doh time (at least, that's her activity of choice this week). Her specialty creations are pizza and bouncy balls, but she makes other things, too. 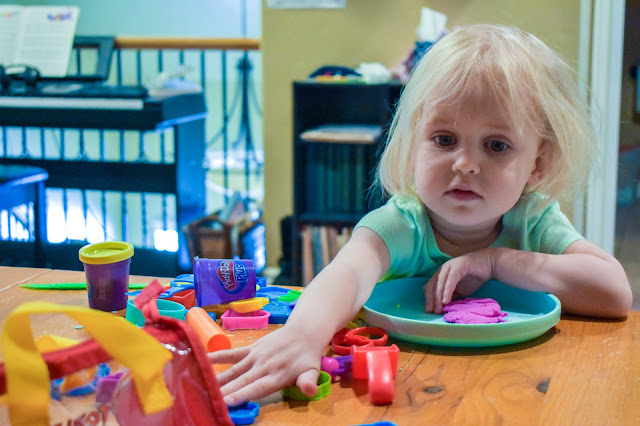 She was using some of the little cookie cutters in her dough and announcing what she was cutting out in the moment. "I'm making a pineapple!" she said. "I'm making a flower!"

Then she grabbed a little cookie cutter shaped like an "old fashioned" telephone—one with a receiver that sits on top of the base, with a rotary dial, and...I'm pretty sure we had one in my house growing up (the kind that sits on a table), at least for a while (if not, I know my aunt had (and perhaps still has) one that was mounted to the wall). Those phones don't seem so old to me, but to Zoë they are ancient history. 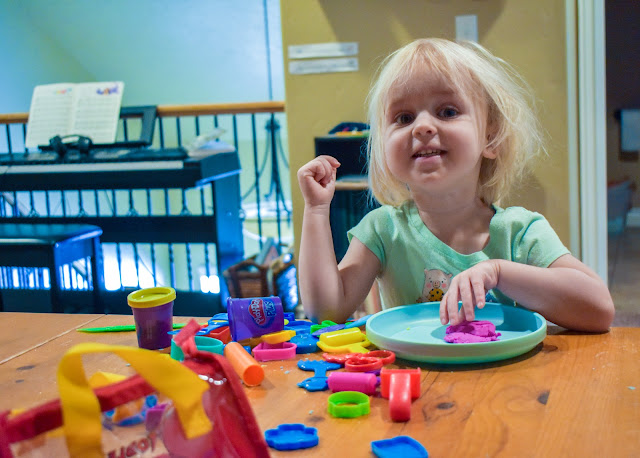 She eyed me suspiciously but chose not to say anything (which is just as well because, as Thumper's mom taught him, "If you can't say something nice, don't say nothing at all!" (that's one of my mom's mom's favourite quotes (or, at least, I assume it was because it was on her fridge for as long as I can remember))).

These pictures are from yesterday, which happens to be the same day that (a little later on) we decided to play with some real dough. We made some delicious peanut butter cookies to share with some friends. I took off my rings so I wouldn't get them messy while I rolled cookie dough and Zoë wanted to try them on. 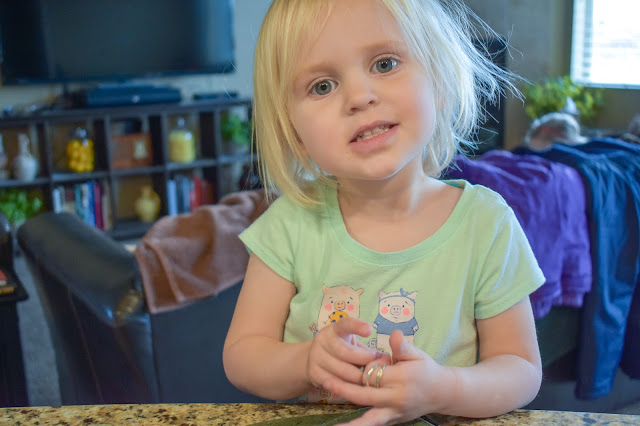 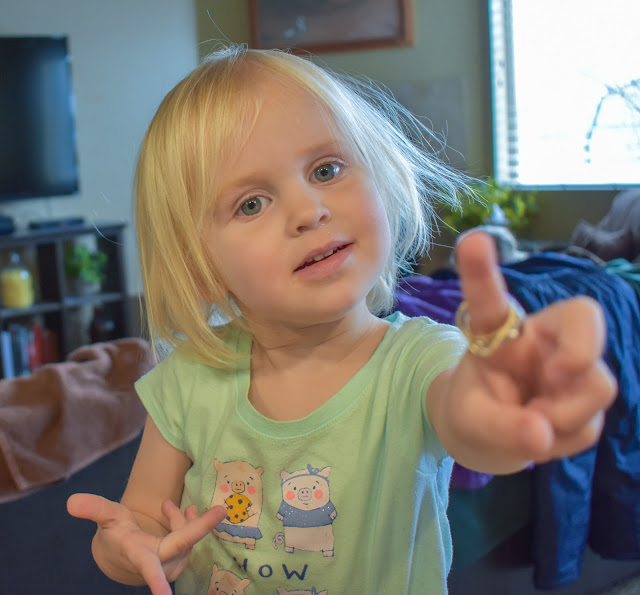 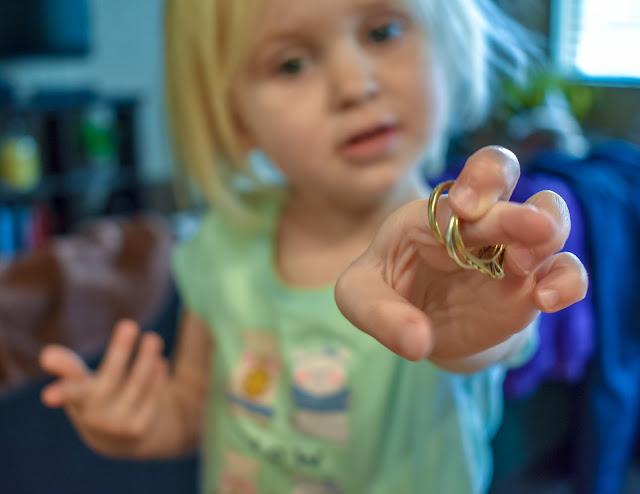