Is it possible that I never wrote about the science fair from last year (March 9, 2017)? It's suddenly seeming entirely possible because I can't find anything about it. We had seen a viral post about the amazing anti-bacterial properties in human milk and decided to duplicate the study, as best we could, at home. In short, we were unable to obtain the same results as the original study. Our breastmilk didn't seem to inhibit the growth of bacteria, at least not topically. 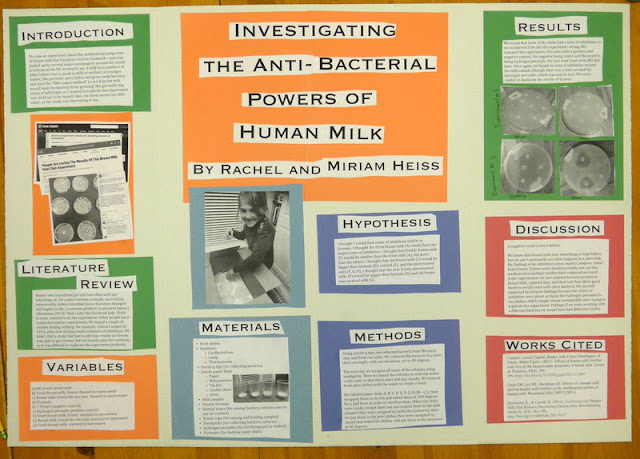 Now, I don't think that breastmilk is useless but there are honestly so many myths out there surrounding breastmilk.

For example, Alexander has been suffering from conjunctivitis recently. His eyes have been glued shut every morning this week and I've had to loosen the crusted-over discharge with a warm cloth before he can open them. But that doesn't mean he's unhappy about life... 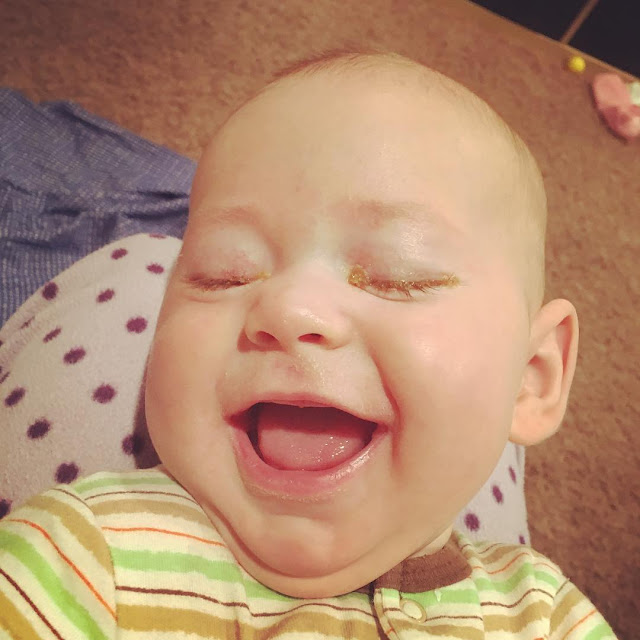 For years I've "known" that if you squirt breastmilk into your baby's eyes it will "help" clear up conjunctivitis. I'm a habitual milk-squirter. All my children have had milk squirted into their eyes.

I'm sure part of the reason I believed this so readily is because our research last year proved that breastmilk does not equal hand sanitizer. In fact, breastmilk contains bacteria (as per the pediatrician above), which we know because that's one of the benefits of breastmilk, right—that it helps create a healthy gut flora in baby?

Another myth I've let go this time around is that eating certain things is causing my baby to be gassy. According to KellyMom, "Breastmilk is made from what passes into mom’s blood, not what is in her stomach or digestive track," so it's not like a specific food is passing into your milk. For most babies, mom can eat whatever and baby will be fine. There are some babies that may react every time mom eats something but...that's more on a case by case basis. So you can probably rest assured that eating broccoli/curry/eggs/whatever did not cause your baby to be fussy and/or gassy. Babies are simply gassy creatures due to their immature digestive system.

It's funny to me how long it's taken me to discover that these things I've "known" for so long are actually rather illogical. In my interaction with other cultures, it's been quite easy to know when things are...not true. Like the belief that a hit of wind on the neck will make you sick (even if it's a billion degrees outside), or that sitting on a cold surface will make a woman go infertile, or any number of things. I can hear those things and think to myself, "Yeah...that's not a thing." But it's so much harder to detect these myths within your own culture (for better or worse).

Anyway, squirt milk into your baby's eyes. Or don't. Either way is fine.
Posted by Nancy at 12:58 PM