It's Pi Day and I hardly took any pictures because sometimes I forget to. My family (Naanii, Bumpa, Auntie Josie, and Uncle Patrick) came over for dinner; I made some meat pies for the main course and they brought dessert. Once again I didn't take as many pictures as I should have...anyway...

Last week we watched Fantastic Beasts and Where to Find Them and Andrew made a whole Harry Potter themed meal with Cornish pasties and beans and butterbeer. He had quite a bit of filling leftover from making the Cornish pasties, so that went into a "beef and barley" pie that I cobbled together. I also made a chicken a la king pie, which was a fun adventure. 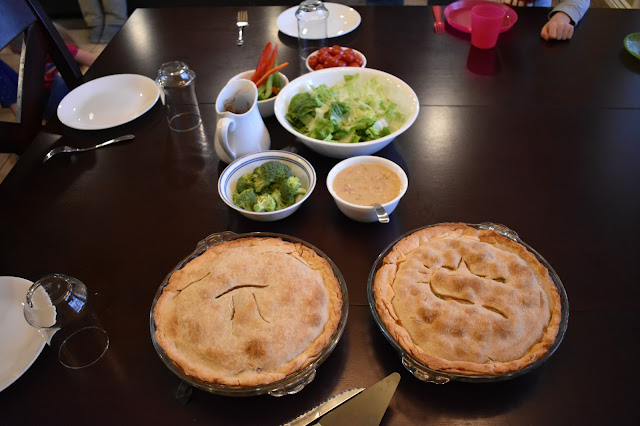 Just as we were finishing dinner there was a knock at the door. I went to answer it and was pleasantly surprised to see my recently engaged niece standing on the doorstep with her fiancé. My mom had invited them to stop by for dessert but hadn't told me—which is totally fine because they're always welcome anyway and it was a happy little surprise for me.

Here's a picture of Josie holding Alexander during dessert: 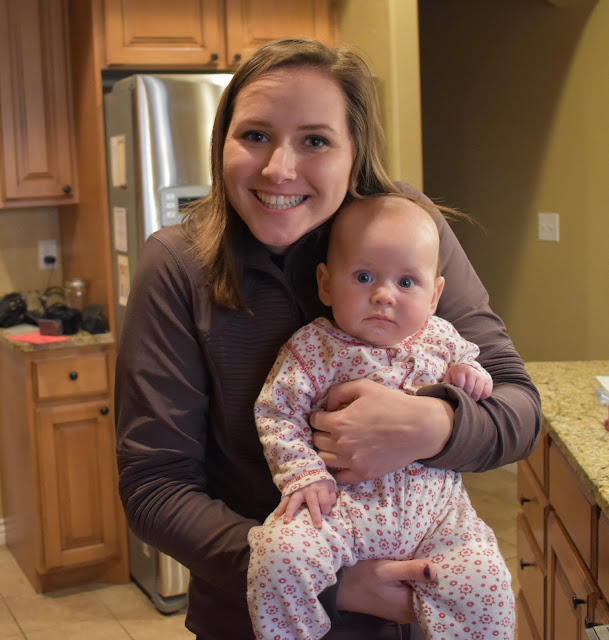 He mostly just wanted to go to bed the whole time everyone was here, poor guy.

And here is Josie photobombing the picture I was going to take of all the kids eating pie together (which did not turn out well at all, so all we're left with is Josie's gorgeous face): 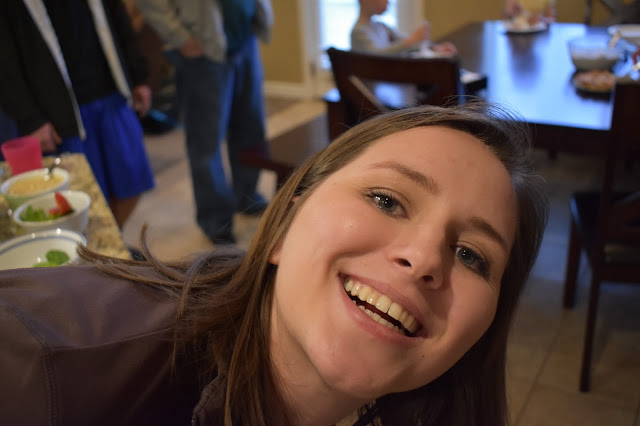 Here's Rosie and Austin (they're so cute together) playing with Alexander: 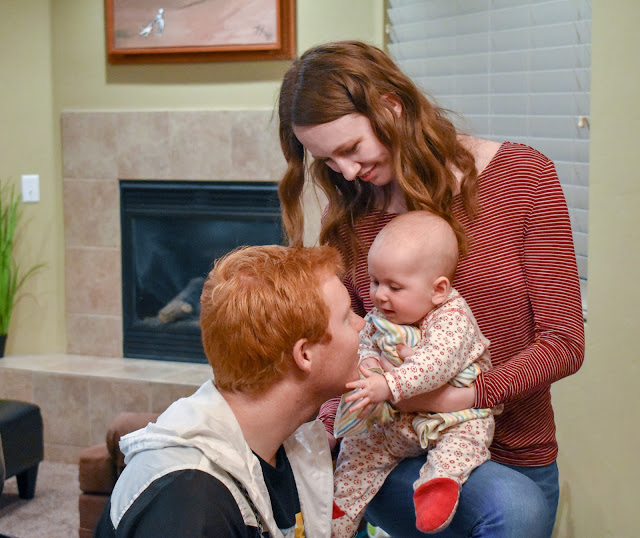 The kids had a wonderful time being chased by Uncle Patrick, sharing stories about school, and eating a whole lot of pie. Zoë demanded that Naanii sit by her, which made Naanii feel rather honoured (all afternoon she repeated, "I want to sit by Naanii. I want to sit by your mom, Mom.").* And everybody got their fill of baby holding, I hope.

It was a wonderful way to celebrate a non-holiday.

*Speaking of this afternoon, Zoë and Benjamin played pilgrims all day long. Benjamin even went so far as to hunt down a book about Thanksgiving so he could read it. He wanted to remember every detail about his "favourite holiday." I don't know if it was because I mentioned pie or what...but he was 100% convinced that we were having Thanksgiving again.
Posted by Nancy at 11:37 PM