This was a weird Monday. The AM kindergarten (which Benjamin attends) was released at their standard early-out time (the PM kindergarten had the day off) and Rachel and Miriam only had a half day so they got out of school at noon. I forgot about ukulele practice because Miriam had a make-up piano lesson scheduled and when she left the house (Aunt Linda teaches her now) I sat down to have a piano lesson with Rachel because Rachel's rehearsal schedule is crazy next week (musicals are fun, but...a lot of work) and I knew we wouldn't have time to squeeze a lesson in any other day. But then I got a text asking if ukulele was still on, so I told the texter to go ahead and come on over and we had our little ukulele practice half an hour late.

It was just an off day. I couldn't get nap times right and almost forgot to pick up Benjamin from school because no one got out at their normal time and everything seemed just a little bit harder to do today.

But I managed to take passport photos of the kids. My mom is hoping to take Rachel and Miriam up to Canada in the not-too-distant, whenever-their-passports-arrive future, so we'll be applying for their passports tomorrow. Benjamin and Zoë technically didn't need passport pictures taken but they wanted them anyway. They're always feeling a little left out (though I keep promising them that they will grow up and get to do neat things, too).

Benjamin even told me that he needed his passport picture taken "in case [he] learn[s] to listen well enough that Naanii wants to take [him] with her, too." He tries really hard to listen, I think. The problem is that he just has so many...interesting...ideas. Ideas that should probably not be acted on but so often are. *sigh*

Zoë just wanted her picture taken because everyone else was doing it. And—oh, boy!—you should see the outtakes. She was in quite the mood today and kept yelling at everyone to leave her alone. 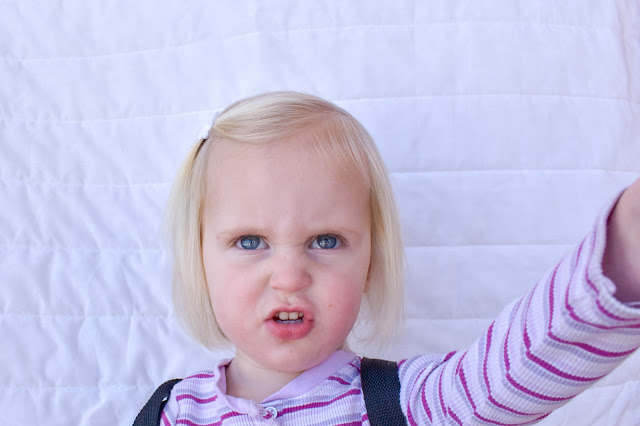 Really, if we were to choose a facial expression she'd be most likely to pull on a border patrol agent, this would be the one. But I don't think the passport agency would accept it...

Anyway, here are the passport pictures of the kids, though only official for the oldest two (and I'm suddenly a little nervous about the way Rachel's hair is swooping; I hope they don't reject her picture for that...because as she said, "Do I have to brush my hair for this picture? Because it's usually about this messy so it's probably easiest to recognize me like this."): 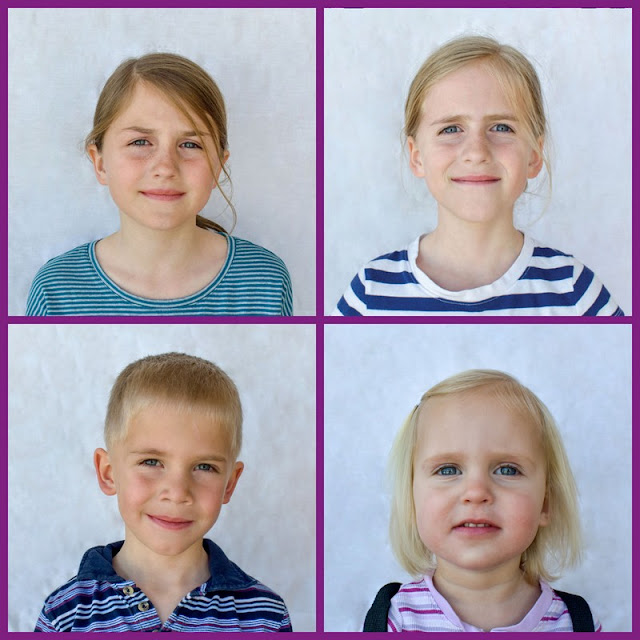 Alexander was asleep through this process (it took several tries because everything was turning out too shadowy) but I had to take his picture when he woke up because somehow all five of my children ended up wearing stripes today! Completely unplanned (because, trust me, we don't coordinate our outfits before school in the morning; that's way too much effort)! 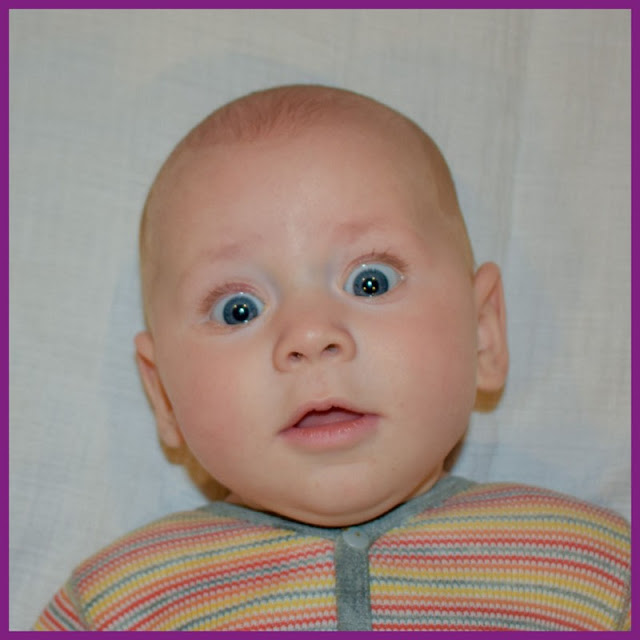 Hopefully the girls' passports will arrive without a hitch. They sure had fun looking through their expired passports and admiring all their visas and entry/exit stamps and helping me with the paperwork.
Posted by Nancy at 1:24 AM