She did her own lipstick and blush because I had to go to gamelan before dinner and she didn't want to put lipstick on before dinner. Here's a picture my friend Kara took of Rachel at Thursday's performance:

I gave her a quick interview on Thursday evening while I was tucking her in.

I: What was your favourite song of the show?
R: Easy Street!

I: You didn't even sing that song!
R: No. I only sang NYC, You're Never Fully Dressed Without a Smile, and Tomorrow. But we'd act out all the parts backstage so we know all the songs and that's my favourite one.

I: What are you going to do with all your spare time now?
R: I dunno.

I: So, you said you're happy it's over, but the real question is: Would you do it again?
R: Totally!

She had a lot of fun rehearsing, performing, and hanging out with her friends. Here are a few pictures I took on Wednesday night (when Alexander, Zoë, Benjamin, Andrew, Naanii, Auntie Josie, Uncle Patrick, Rosie, Auntie Emily, Gaving, Arwyn, and I all showed up to watch her show). They're mostly with the same little group of friends, but that's okay. 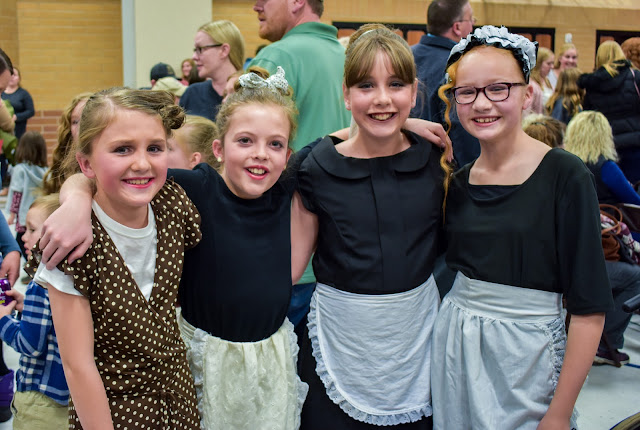 I wish I would have taken pictures during the performance but (a) I was out changing Alexander's diaper when they made the opening announcements so I wasn't sure we were really allowed to and (b) she was often dancing across the stage so quickly that I probably wouldn't have been able to catch a picture of her, anyway. But she did a wonderful job!

She was cast as a "New Yorker," by the way. Her three friends here are maids, obviously. 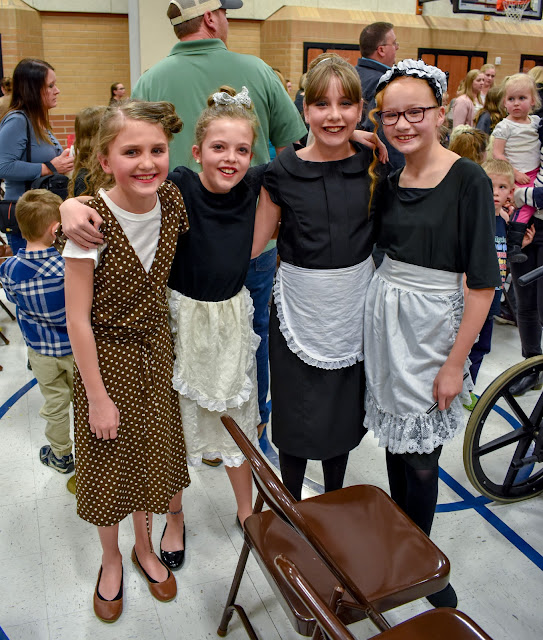 Oh, look! Here she is with Auntie Josie and her siblings: 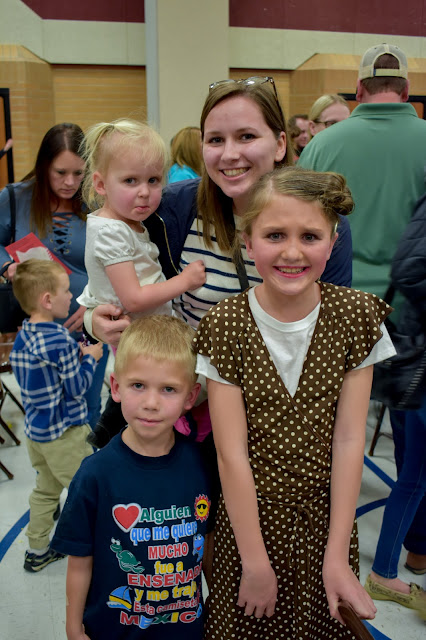 She seems to always make this nervous face when we ask her to smile for pictures lately: 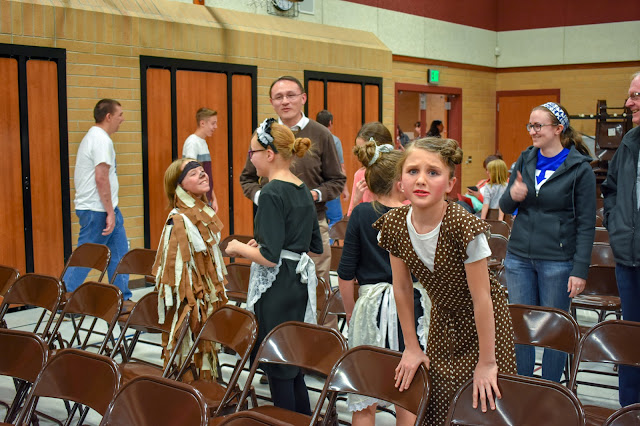 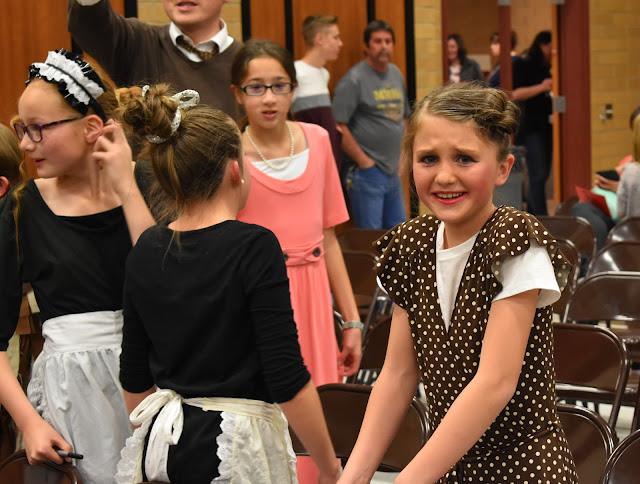 Here's one final picture of these great girls together (with Sandy, the dog, on the left): 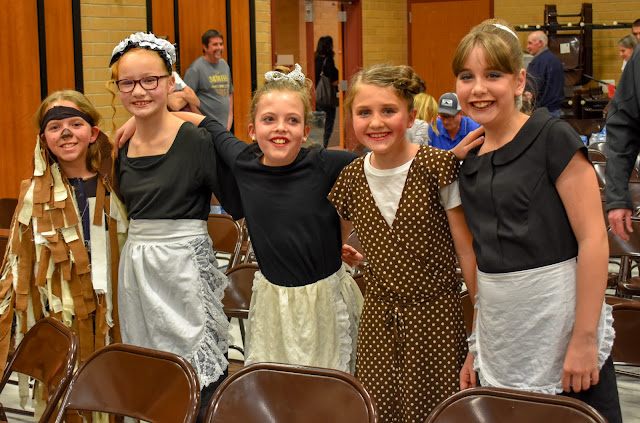