Zoë was thrilled to have "two babies!" in the house this week. It certainly was fun to see these little ones interact. Arwyn is content and calm, but when she's in the mood can be quite chatty. Alexander is squirmy and demanding and so, so, so messy. 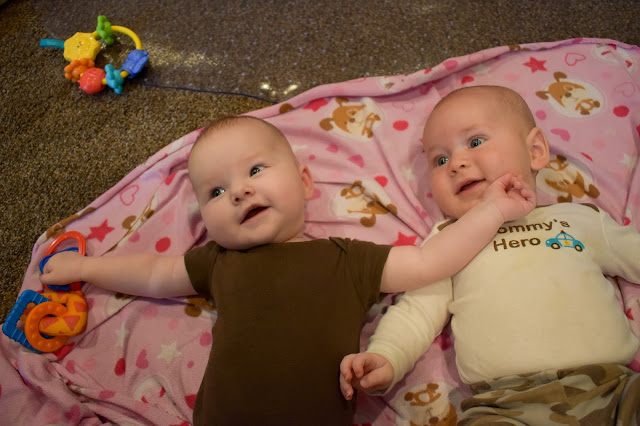 Case in point: We went to watch Rachel's musical together. Arwyn sat in her carseat, perfectly content, the whole time. Alexander, on the other hand, wanted to be bounced around. He ate twice and soaked Auntie Josie, Naanii, and me (and himself) with multiple deluges of regurgitated milk. He fussed, grunted, and moaned about his life (because he desperately wanted to go to bed).


He's recently decided that he can only sleep in his bed.

So instead of napping in his carseat, he screamed all the way to BYU on Thursday night and again the entire drive home. My nerves were about shot by the time we got home (which means I was in no mood to deal with other childhood shenanigans (sorry, Miriam)).

Arwyn will sit quietly in her carseat the entire 3-hour drive from Idaho. She's done so on more than one occasion.

Emily claims Arwyn only needs four diaper changes a day. I can hardly believe that because I'm lucky if Alexander only goes through four diapers by noon. We're averaging around five poopy diapers a day around here (and he's a heavy wetter, too) and usually at least one (if not more) of those diapers will leak all over the place.

(Oh, also, Alexander is now bigger than Arwyn, at least in the weight department. We think she's taller but she doesn't like to stand up so it was hard to measure (Alexander, on the other hand, is quite eager to put weight on his wee chubby legs but when he's lying down he'll kick and kick his legs and won't stay still making measuring, once again, rather difficult)).

So, yes, these little ones are quite different from each other, but they seem to enjoy each other, and they're both ridiculously cute. Especially together. 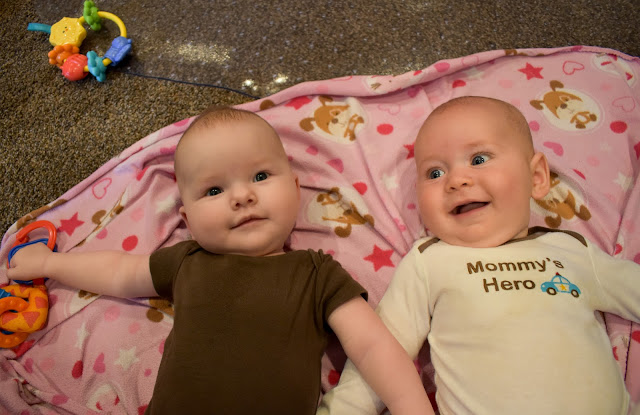 Arwyn was a little curious about Alexander's face... 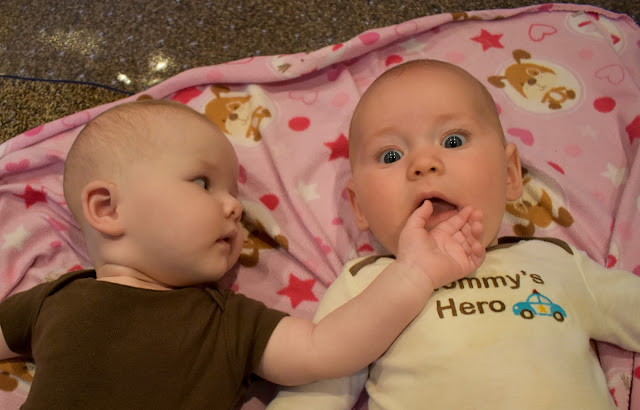 ...so she decided to check it out. 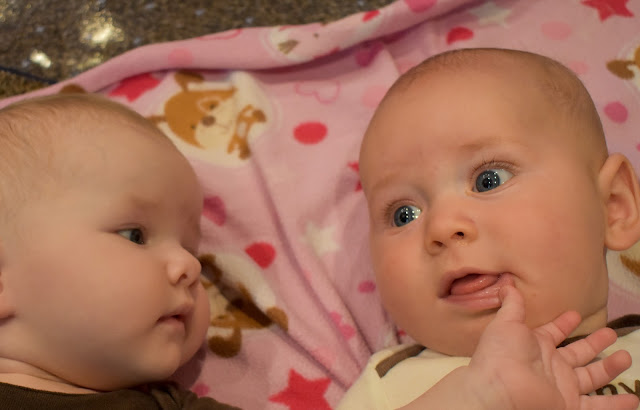 She gave his cheek a gentle squeeze (no one can seem to resist his cheeks these days). 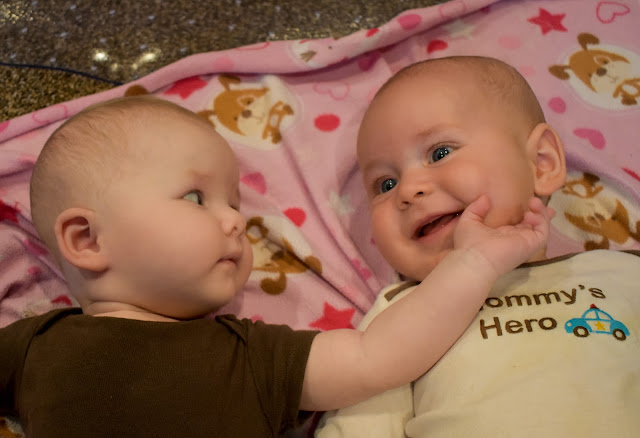 They exchanged a few words with each other... 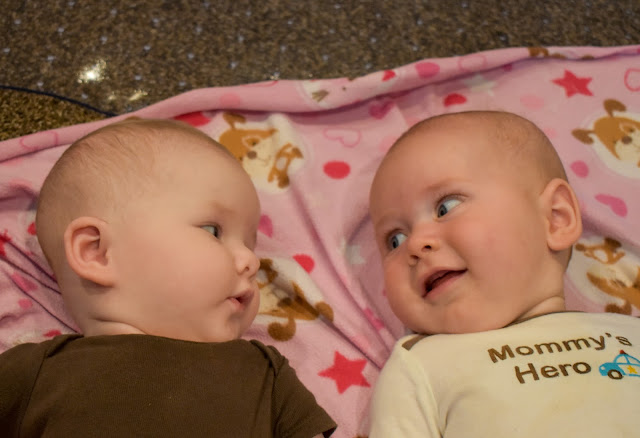 ...and then Alexander decided he was curious about Arwyn's face.

His curiosity took a much more aggressive mien than hers did, however... 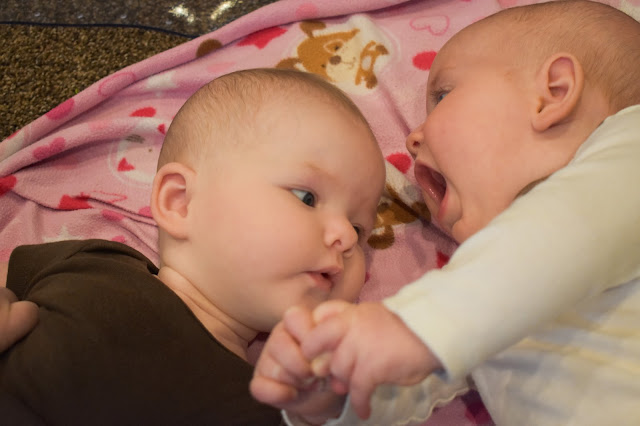 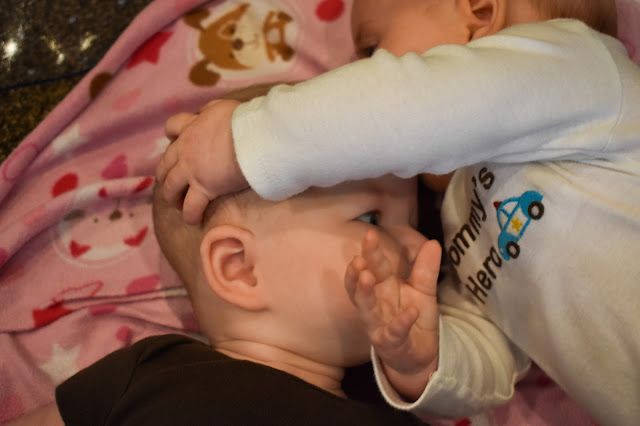 So, yup. They're a little different from each other. Arwyn is the zephyr to Alexander's nor'easter. 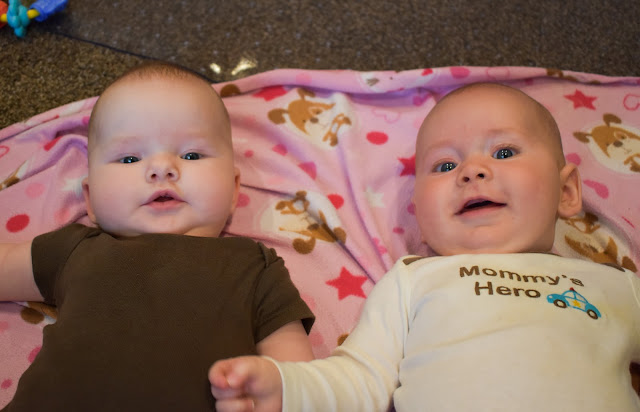 They were so fun to watch rolling all around the living room together, working their ways into corners, getting their legs stuck under couches, crashing into each other (and then torturing each other by pulling each other's ears or gnawing on each other's heads).

Not that these pictures show that. They were, miraculously enough, both content to lie still for the camera while it was out. 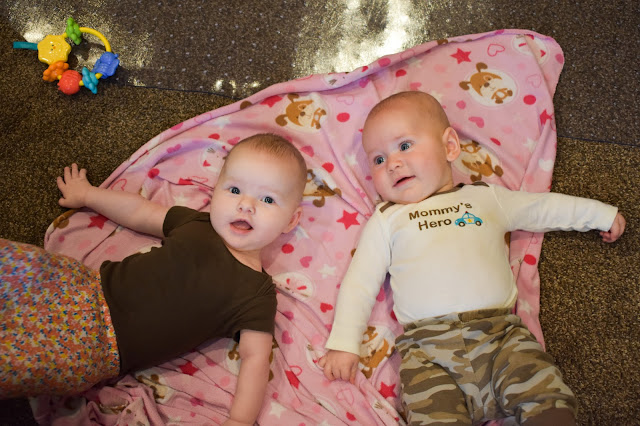 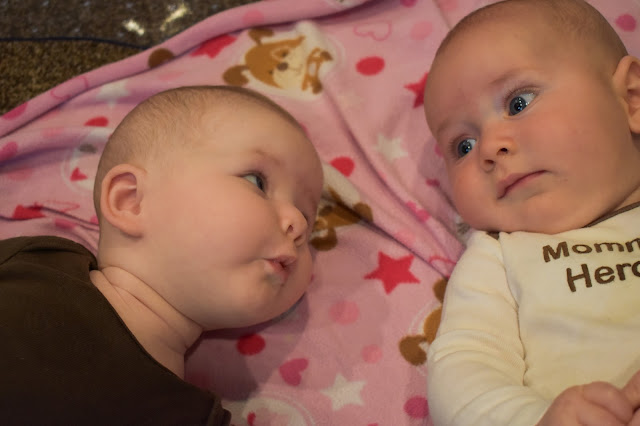 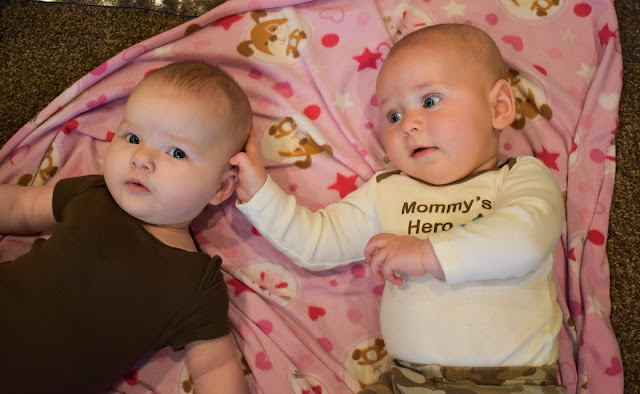 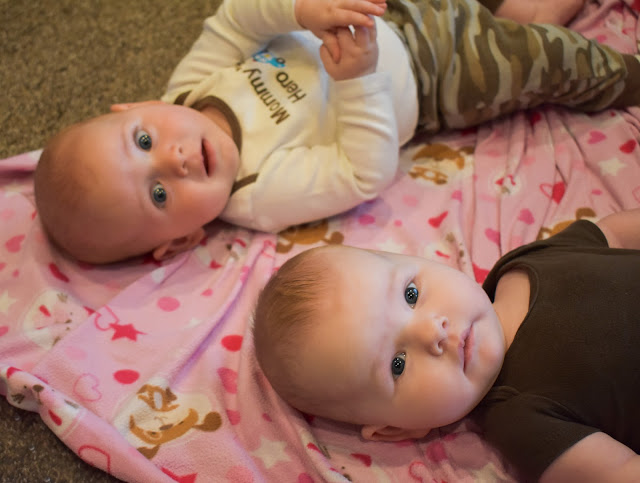 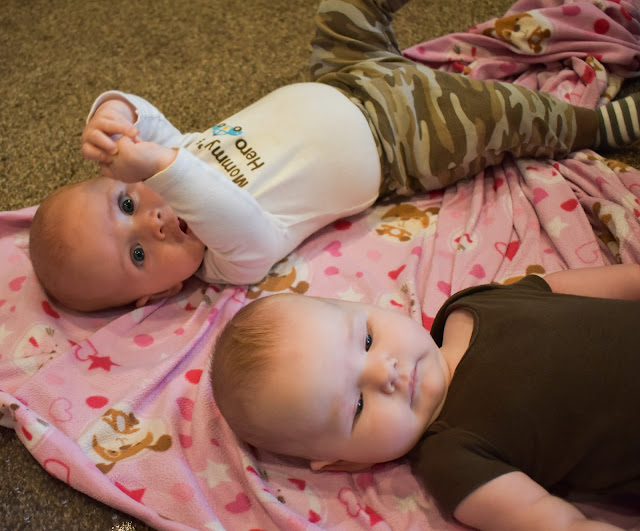