She has been anticipating Riley's birthday party all week long...and wondering about her own birthday. There was a flurry of birthday preparation at our house this afternoon: Miriam made a card for Riley (she drew the most amazing Lightning McQueen on it, which I forgot to take a picture of), Benjamin picked out his Mac truck from his stash of cars to give to Riley ("because [he] doesn't use it that much anymore and Riley will love it so much!"), and, unbeknownst to me, Zoë had picked out a party outfit. She didn't put it on until we announced it was time to get in the car, and then she ran upstairs as fast as she could and returned with a flouncy skirt on over her track pants.

She looked divine (that's a fancy way of saying beautiful).

Cory had been planning on holding the party at a park but the wind had really picked up, making a park outing a little uncomfortable so instead we met at their house. All the little cousins had a blast running around in the backyard with Abby (the dog), even my not-so-fond-of-dogs kids! Miriam would have you know that she "made friends" with Abby and even threw the ball for her once or twice. I, on the other hand, said, "Sorry, Abby, I don't play with dogs," when she ran up to me with the ball. She didn't seem too heartbroken about it because there were a billion other people seemingly happy to wrangle the slobbery tennis ball from her dangerous-looking jaws and hurl it through the air for her to run after.

We had pizza for dinner, but Riley was most excited about getting to open his presents. He had lots of little helpers (Zoë and Benjamin on our side of the family and twins (right around Benjamin's age) on Cory's side): 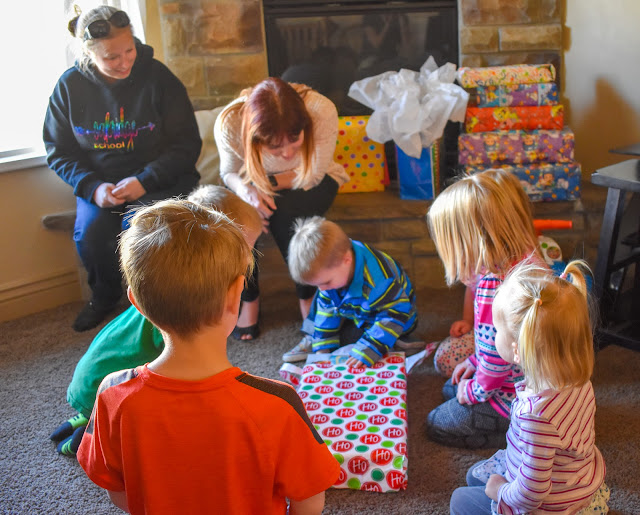 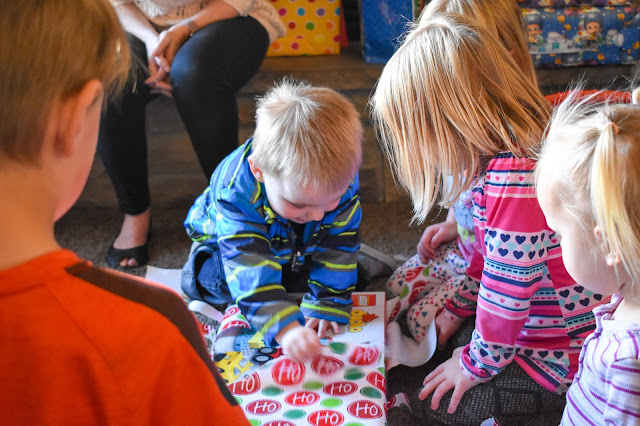 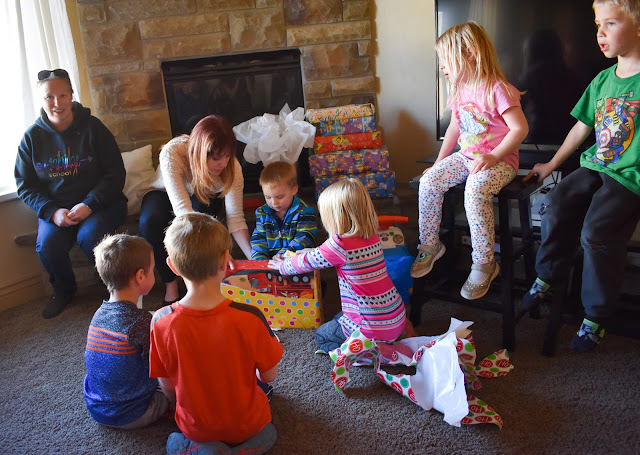 The older folks were content to watch from a little farther off.

Here's Grandpa torturing Miriam (with a little help from Daddy): 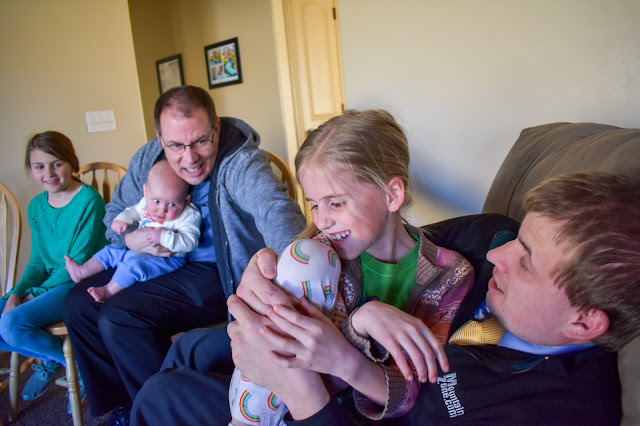 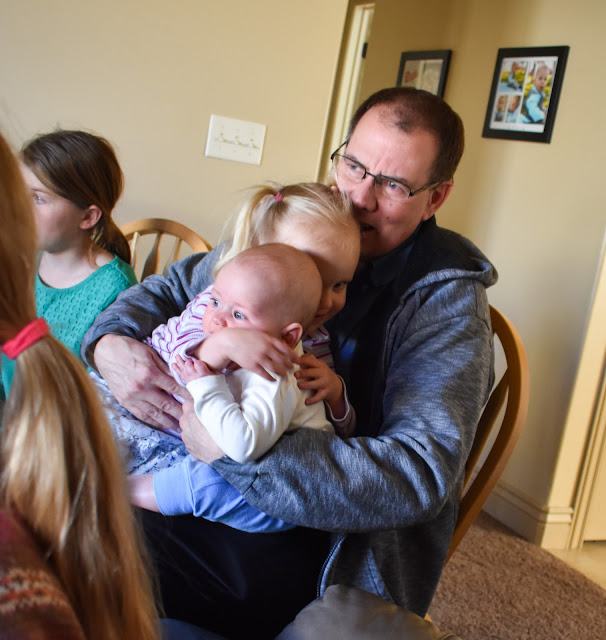 After opening presents and running around outside some more we called the kids back in for cake. Grandma ordered his cake from Costco and it turned out super cute (though that frosting was thick—the bumps on the caterpillar were at least an inch high—luckily no one forced us to eat the icing): 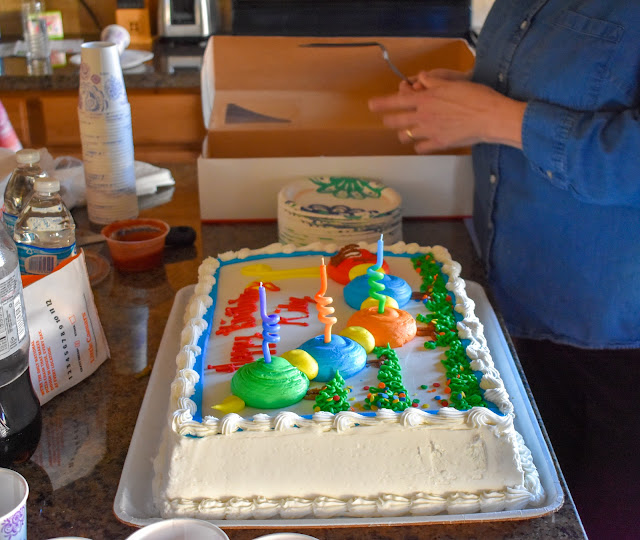 Benjamin and Miriam were both rather interested in the lighting of the candles: 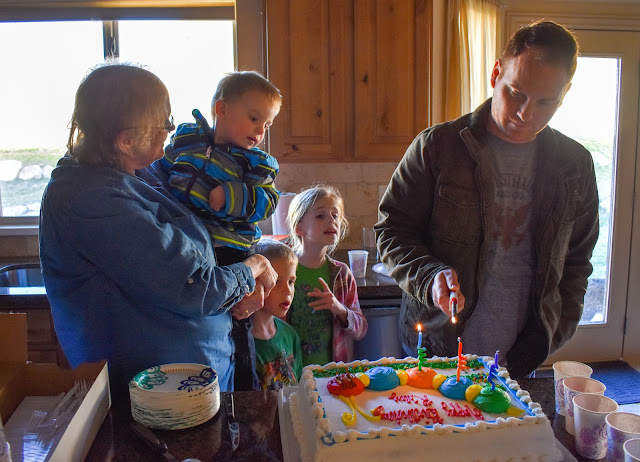 It took a little bit of prompting to get Riley to blow out his candles (so much prompting from so many onlooking cousins, in fact, that I'm not really sure who ended up blowing them out at all): 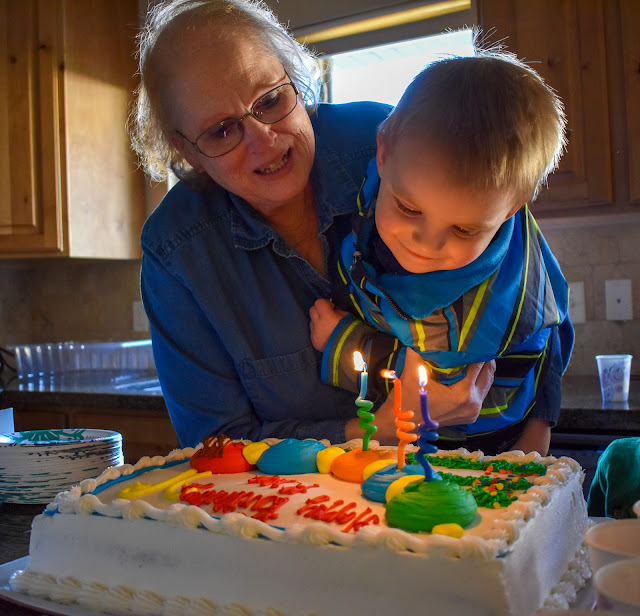 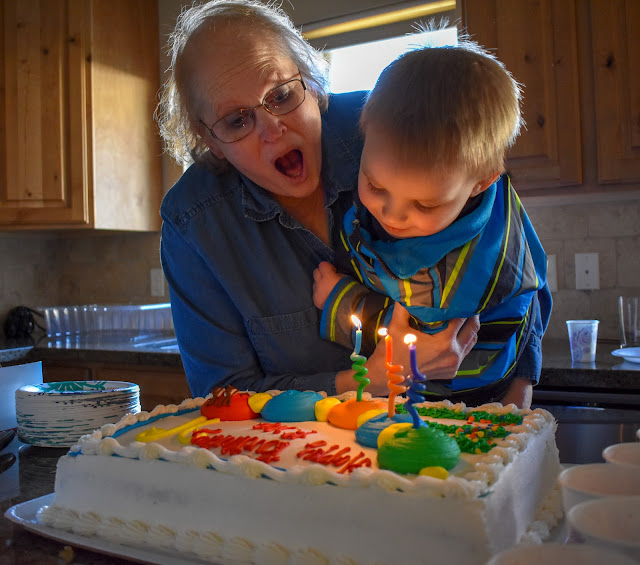 Here are a few picture of Riley enjoying his cake: 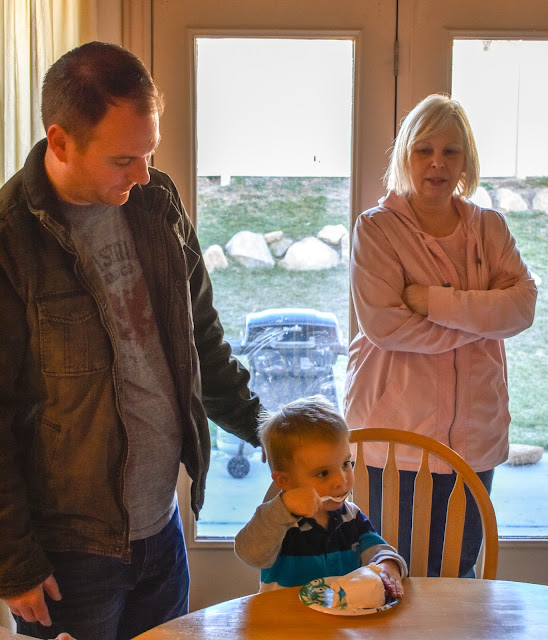 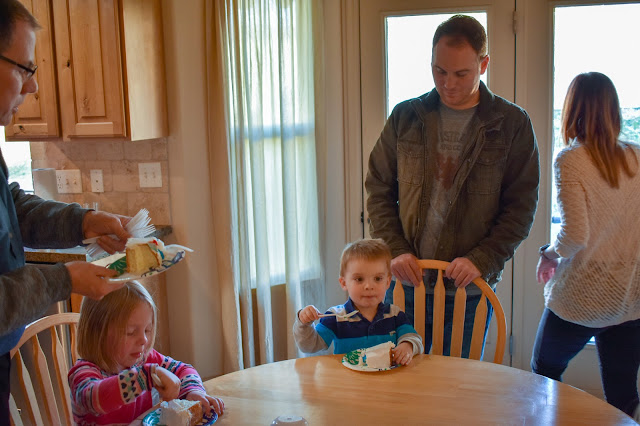 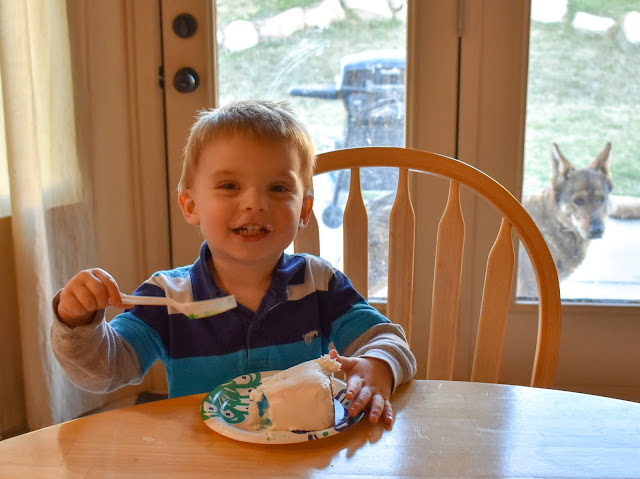 And here's one of Alexander dangling upside down (one of his favourite positions to be held in): 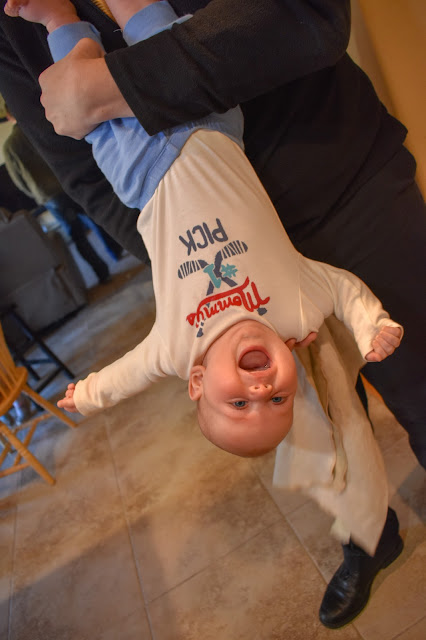 Riley's other grandma (Kathy) brought helium balloons and when it was time to go she separated the bouquet of balloons and tied each one to a little egg carton full of candy Easter eggs to send home with each of the kids (which the kids were all terribly excited about).

Zoë is now really looking forward to her birthday party and keeps saying, "My birthday is in May!" although I don't think she has the faintest idea of what that actually means (and I'm not even sure why she knows that because I'm pretty sure Benjamin just figured out this year when his birthday is). Oh, well. Her birthday is coming whether I'm ready for it or not (and—who are we kidding?—I'm not (remember that one time I threw Miriam a birthday party in January?)).

Riley in March, Maren in April, and Zoë in May, all turning three this year.

We really like to cram those grandkids in there sometimes!
Posted by Nancy at 1:40 AM