This summer, my friend Geneen had the audacity to move out of the area just as my family was making our way to the area. I was a little bothered by her timing (come on, Geneen!) but she left behind a bunch of baby stuff for Alexander, so I guess her moving wasn't all bad. Among the treasures she left behind was a doorway jumper, which has been sitting in our closet ever since.

But then this girl that I know who had twins around the same time I had Alexander asked on Facebook if anyone had a doorway jumper she could borrow for the next several months (she had one jumper but didn't want to buy a second one) and I thought to myself, "Huh. I wonder if Alexander is ready for something like that, too..."

It's funny the things you forget about babies even as you're in the midst of having babies. I mean, he's my fifth child and I've been having babies pretty regularly. It's not like I took a ten year break and then had him. Nope. He came right on the tail end of Zoë's babyhood. Still, I feel a little clueless. So I looked up how old a baby should be before you plop them in a chair suspended from the doorway by a spring (that doesn't sound perilous at all, does it?) and the internet told me between 4 and 5 months, assuming the baby has good head control.

Alexander finds his little bouncy chair a tad bit boring of late, so we decided (on Saturday morning) to give the doorway jumper a try and he...thought it was interesting: 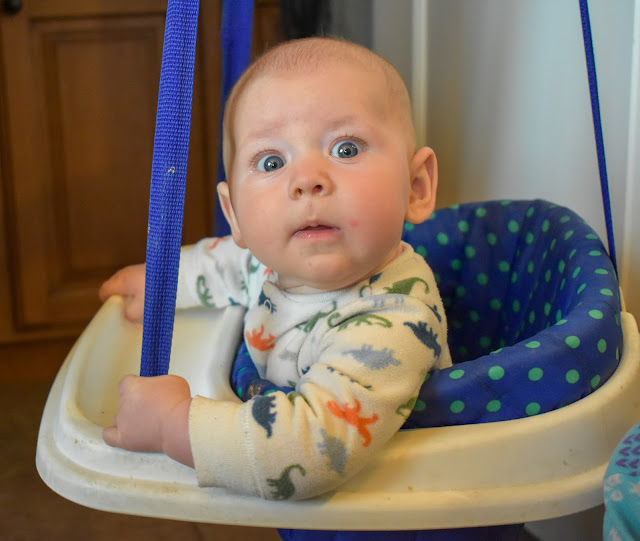 He spun around a bit, trying to figure out how to balance and taking in all the sights of the kitchen and laundry room. 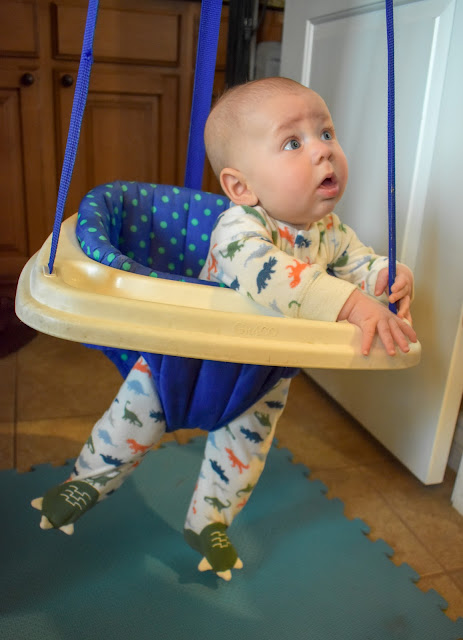 He's a little too short for it, but we figured out a solution for that (Grandma put a folded up blanket under his feet) and now he happily sproings around while we have dinner and whatnot. But there are no pictures for that. These are still all of his first try when he couldn't quite touch the ground: 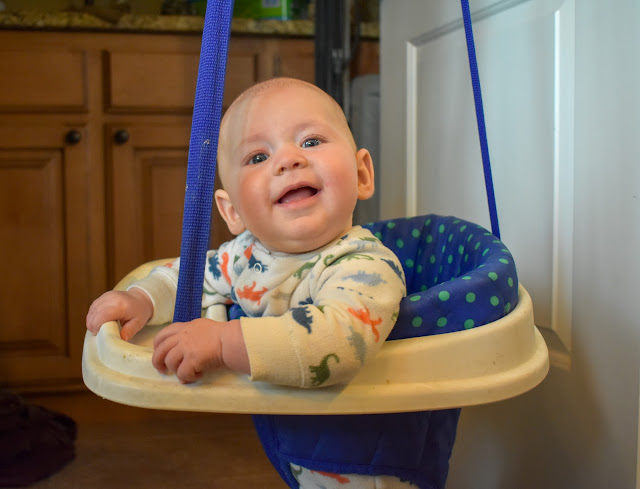 His reaction—cautious but curious—brought to mind the first time I put Benjamin in a bouncer (which I can't find pictures of). That boy started bouncing up and down very enthusiastically right away ("And he never stopped..." Andrew added when I shared this memory with him, and that's likely very true—Benjamin, aside from moments like right now while he's sleeping, has probably never stopped bouncing from the very first moment we stuck him in the bouncer).

Alexander's not quite as enthusiastic about his bouncer... 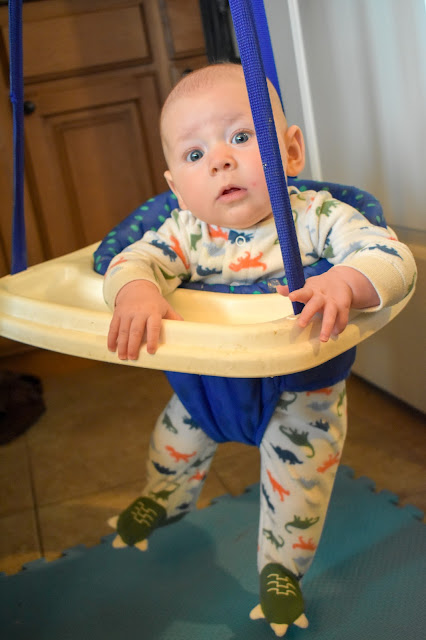 He finds it an okay substitute for being held by a grown up (which is his favourite past-time, aside from eating (which, for him, also involves being held, so...)): 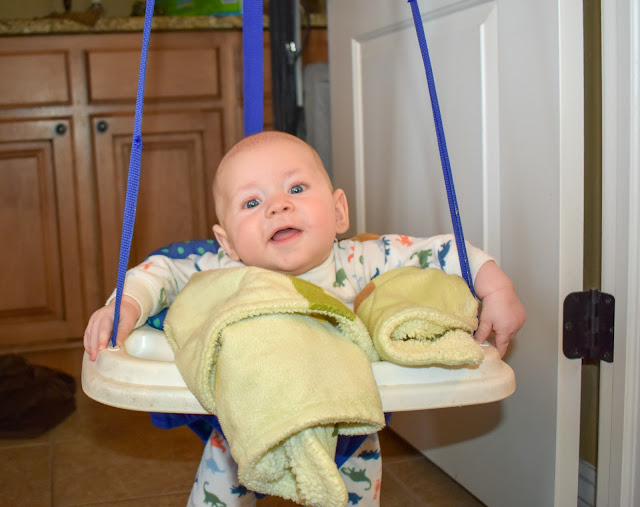 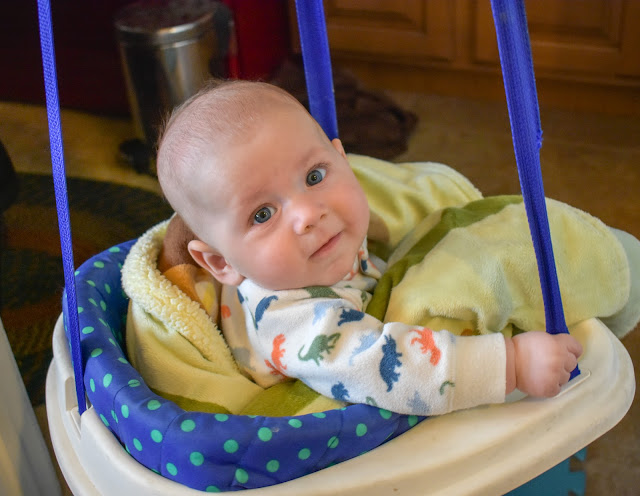