No sleep for you

On Friday morning I had to drag Rachel out of bed at 8:30 to get her ready for church. That wasn't even the first time I tried to wake her up. She has this amazing skill of sleeping in when she shouldn't and waking up early when she could sleep in.

So on Saturday morning she woke up at 7:00. Of course. I convinced her that, since it wasn't all the way light outside, and since daddy was still sleeping, and since she was kind of grumpy, that she she should go back to sleep. And so she did, until around 8:30.

She took a one hour nap later in the day.

We started out by waiting at our gate, but Rachel soon grew bored of that so she and Andrew went for a walk around the terminal. A few minutes later I got a phone call.

"Pack up our stuff and head to gate 1," Andrew said, "We've found Paradise."

Rachel played her little heart out until 11:30 when we were called to board our plane. She was a little tipsy since it was quite a while past her regularly scheduled bedtime, but we figured it was good for her to get her energy out before the 5 hour flight. Ha, ha.

She stayed awake the entire flight, practically. She took a, get this, 15 minute nap. Seriously. I was probably the grumpiest mother alive at 3:00 AM today. Unless you saw how happy I was at 4...or even 5:00. Not a happy camper.

And neither was Rachel.

Anyway, Rachel was in a "you can't make me go to bed" mood once she figured out that if she squawked the lady across the aisle would glare at me and then I would give Rachel anything she wanted, if only she'd be quiet.

(Dear Lady-Across-the-Aisle: I hope you have kids someday. And I hope they scream in enclosed public areas. Loudly. Have fun and good luck.)

My mood was only compounded by the turbulence we experienced midway. Flying makes me queasy. Especially when they are handing out newspapers left and right with pictures of planes in rivers. Especially when my husband points out that, incidentally, we are also flying an Airbus A320. And especially when I've been listening to my own child whine and complain for hours on end while everyone else stares at me. I was pretty sure I was going to lose my dinner. I also thought Rachel would eventually fall asleep.

Neither happened. I don't know if that's lucky or not.

We disembarked at Madrid and, even though it was cold,* I was so, so happy to be there! Madrid is a beautiful city, from what I've seen (basically all I saw was the airport, the metro, and the train station). 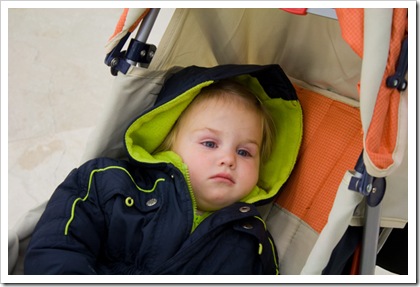 The metro was nice, but a little creepy. Apparently Madrid has a wild night life. And apparently that wild night life carries on until the wee hours of the morning...and all the party-goers who are completely drunk (and obnoxious) take the metro home when it opens, at 6 AM. Wow. There are some crazy people in Madrid, let me just say. I'm not sure we saw any normal ones. 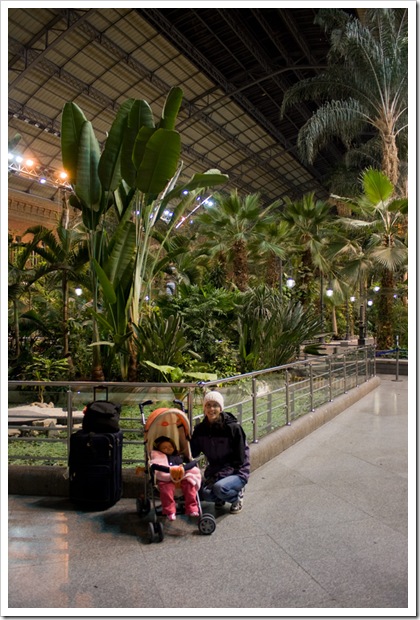 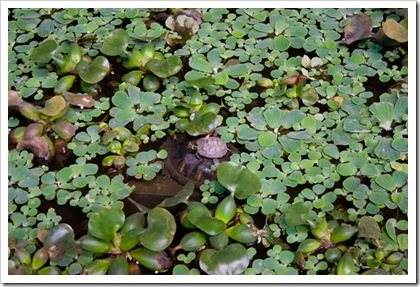 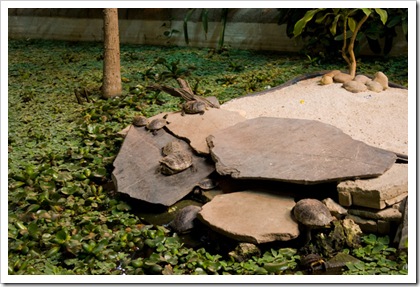 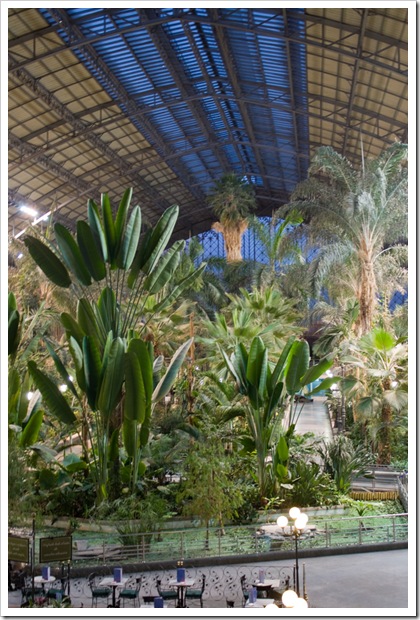 She slept through most of the train ride to Cordoba, and most of the walk to our hotel. And even when she did wake up she was quite the zombie. 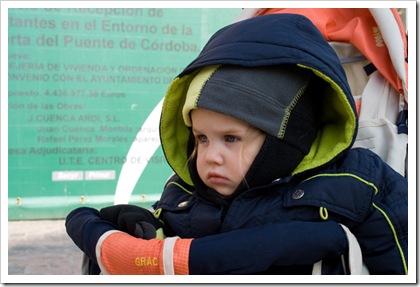 She was pretty sleepy all day, in fact. Quite content to just sit in the stroller and stare at things, which is rather unusual for her. 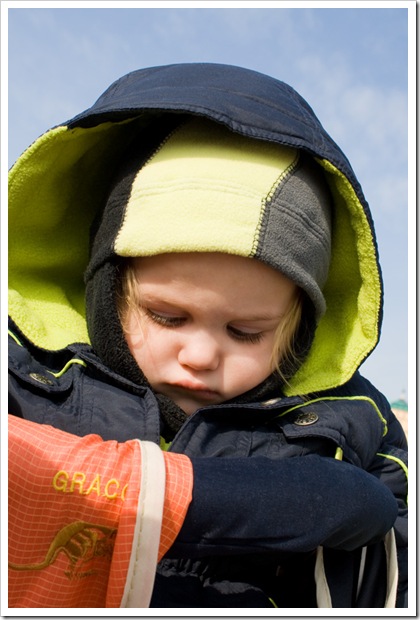 We went and did touristy stuff all day and she was just...quiet, which was fabulous. 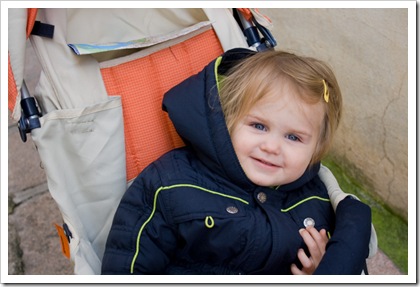 "Are you tired?" Andrew asked her.

And so that was the end of our tourism for today. We were all pretty exhausted and didn't want to wake up from our nap, but I made us so that we'd be able to sleep tonight. Hopefully Rachel learned her lesson and won't try to stay awake for 24 hours ever again. It's not worth it.

So far we love Spain. I don't know if it's just because we came here from Cairo, but everything seems so beautiful. It was mystifying to see the countryside from the train: rolling hills, orchards, old stone walls, and no garbage. I'm so used to seeing sand dunes speckled with trash. Perhaps anything is a good change from that.

Madrid was a bit...much...for our taste. The people seemed too...eccentric...and, frankly, drunk. Perhaps we'd like it better if we saw it sometime other than the early hours of Sunday morning. We'll see.

We absolutely love Cordoba. It's a beautiful little city. I'm so glad we came. Everything smells so pretty here. My lungs needed a good break from the Cairo air.

*Special thanks to the Masons for lending us all their winter gear. You guys rock!