Benjamin had a hard time falling asleep last night. I fell asleep on the couch listening to him complain from his bed. He read books. He zoomed cars across his pillow. He kicked his wall. He threw all his stuffed toys and blankets out of his bed. He made annoying sounds with his mouth.

I woke up when he started screaming, "Mom! Mom! Mom!"

Moments before Andrew had been in there to show him that it was actually very, very dark.

"Me see sun! Outside mine windy—a sun! Time a wake up! Me see sun!" he'd been calling out. He hadn't been too happy when Daddy showed him just how very dark it could be...because it was night.

Andrew and I went to bed about half an hour after Benjamin fell asleep. I just couldn't stay awake any longer and with cheer on Saturday mornings and church at 9 AM we don't really have a good day for sleeping in anymore, which is fine. It just means we also don't have a night we can stay up irresponsibly late anymore, either. Our children are really going to miss having free access to the television those mornings.

This morning Benjamin woke up when the alarm went off but seemed to not want to get up, which was fine with me. He's got a croup-like cough again (yes, seriously; it's either again or still—I can't even tell because I swear he's been coughing since...October?) and he and I were up quite a bit between the hours of 2 and 6 AM. I didn't want to get out of bed either so I nudged Andrew until he got out of bed.

Benjamin got up and tried to follow him out of the bedroom.

"Not you," I growled from the bed. "You lie down and go back to sleep."

He ran back to his little mat/nest on the floor and cried, so I pulled him into bed with me and reminded him to close his eyes until they stopped opening and his breathing got heavy. Then I went ahead and fell asleep again, too. We didn't wake up until 9:30.

Andrew took the girls to cheer (only Miriam is in cheer but Rachel really wanted to see what it was like), but as it turned out the basketball teams they were supposed to cheer for didn't show up (either of them) so instead they just practiced for an hour. This was probably for the best because they'll be cheering for a Duke women's basketball game in a couple of weeks but have only had two practices this year. They needed some extra time to nail down their routines. 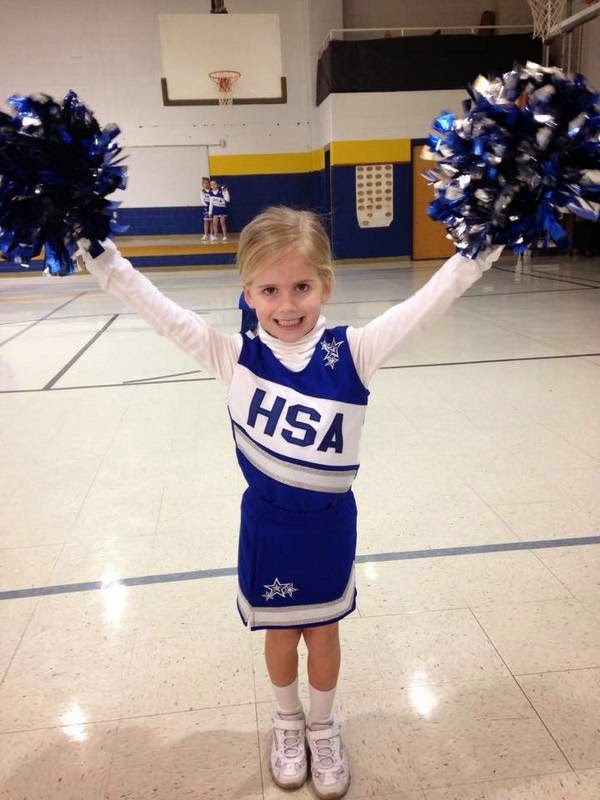 I decided that I wouldn't put him down for a nap today, partly to see if it would help him fall asleep easier tonight and partly because we were kind of wrapped up in our power washing project.

The results are in: Benjamin did fall asleep nicely tonight. However, it's obvious he still needs a nap during the day—otherwise his continence suffers. He wet his pants four times before we put him to bed. Krampus even "came," which had him pretty spooked so the last time he wet his pants it was only a little bit (he came and got me before he'd done too much).

The other "accidents" were ridiculous though.

"Chase me a potty!" he'd yell and take off running in the opposite direction of the toilet, peeing as he went.

"I don't want to have to chase you to the potty," I sighed to get a towel to mop up the trail of pee he'd left across the floor. "I just want to have you say, 'I need to go potty,' and then we walk to the bathroom together. That's what I want."

Sometimes you don't always get what you want.

Like cheer. We never thought we'd put a child of ours in cheerleading. It's not exactly what we wanted. But...it's a tiny fraction of the cost of keeping her in ballet while still teaching her coordination (and I'm pretty positive she'll be doing more than lying on the stage holding her chin in her hands and kicking her feet during their performance (because that's pretty much all she did in ballet and I was like...ummm...what now?!)).
Posted by Nancy at 10:47 PM