I wasn't feeling well...still...on Sunday so although I woke up and got dressed I didn't even bother to shower. We got in a nice visit with Uncle Patrick, who'd just returned from some winter camping, before we left to go to church with Grandma and Grandpa (I only went to sacrament meeting and then walked home to sleep, leaving my children in the care of the other adults around).

Anyway, it was fun to get some last minute goofing off in! Here's Patrick making faces at the kids: 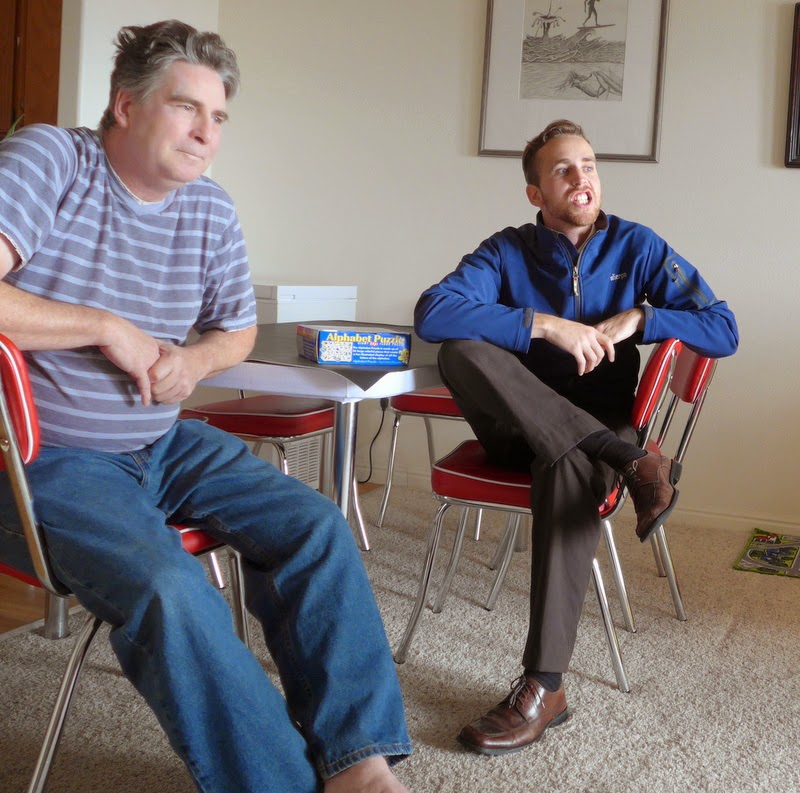 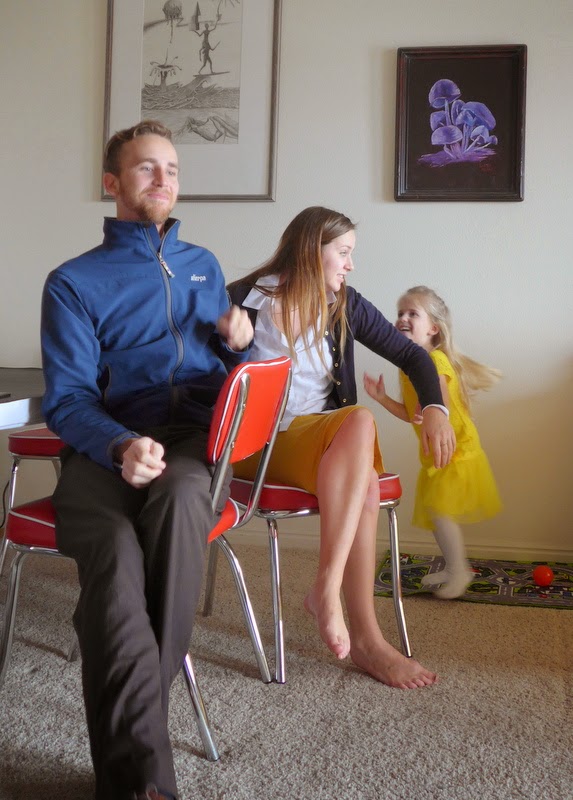 I love this picture of my mom and Rachel: 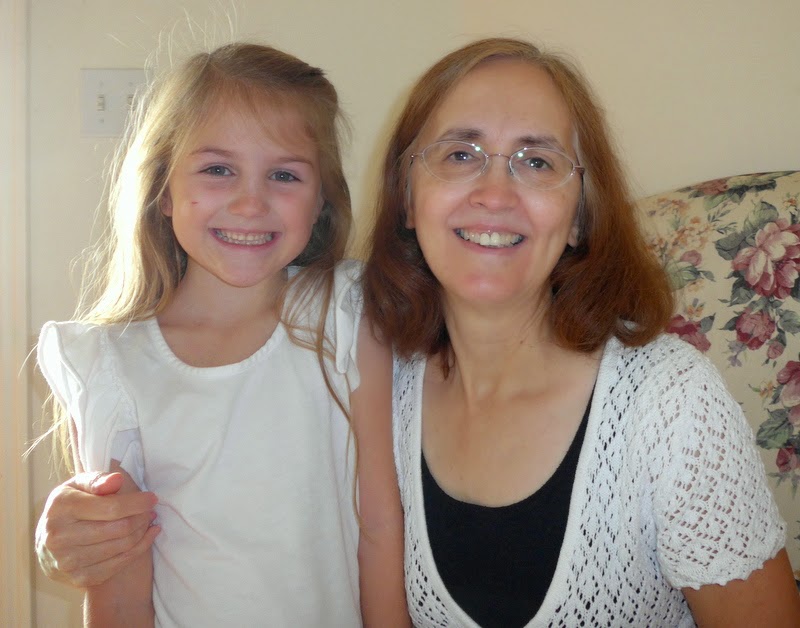 We even managed to settle down for a formal-ish family picture (not that I moved from this chair after I sat in it; I wasn't involved in very much of the goofing around). 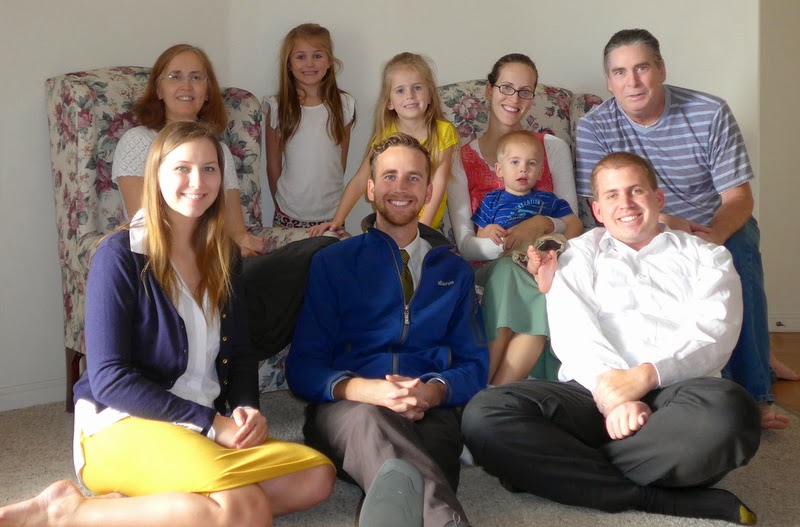 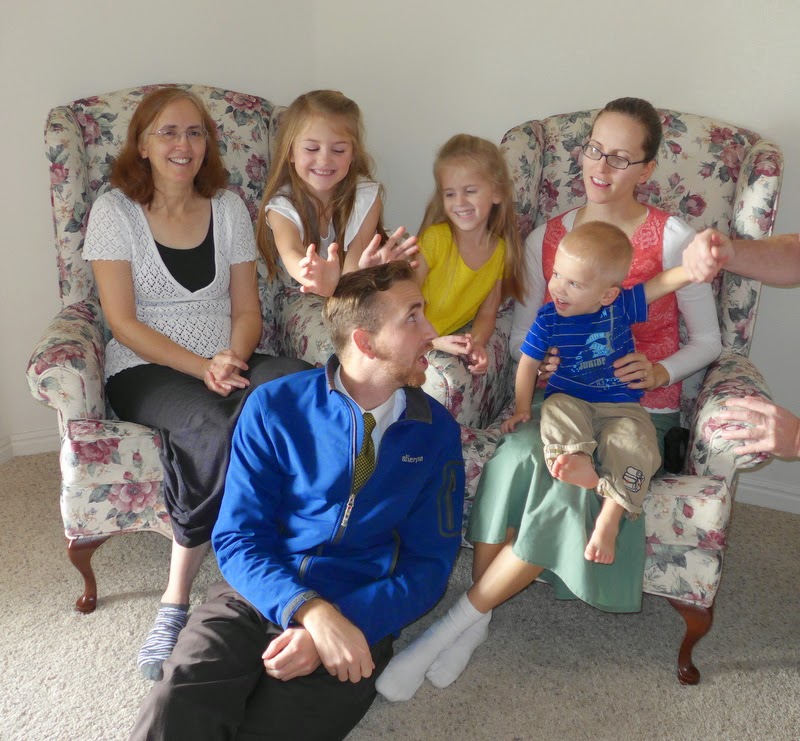 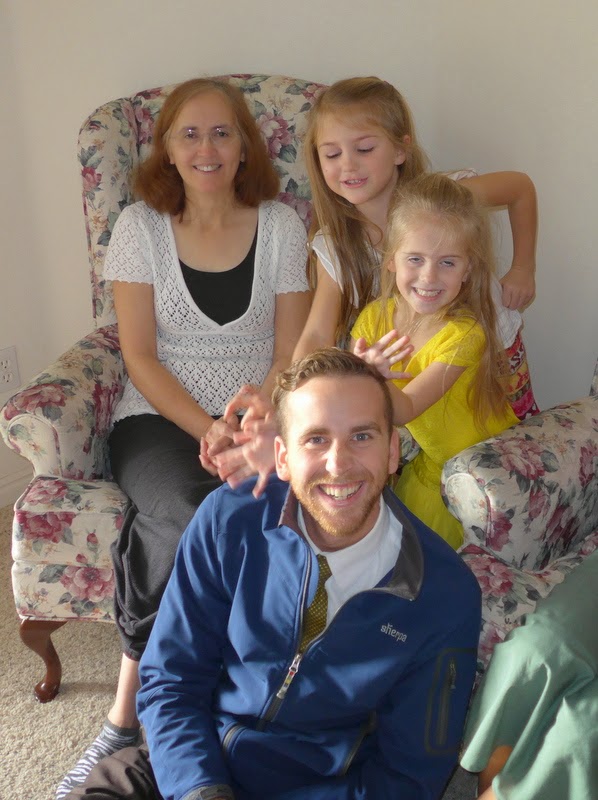 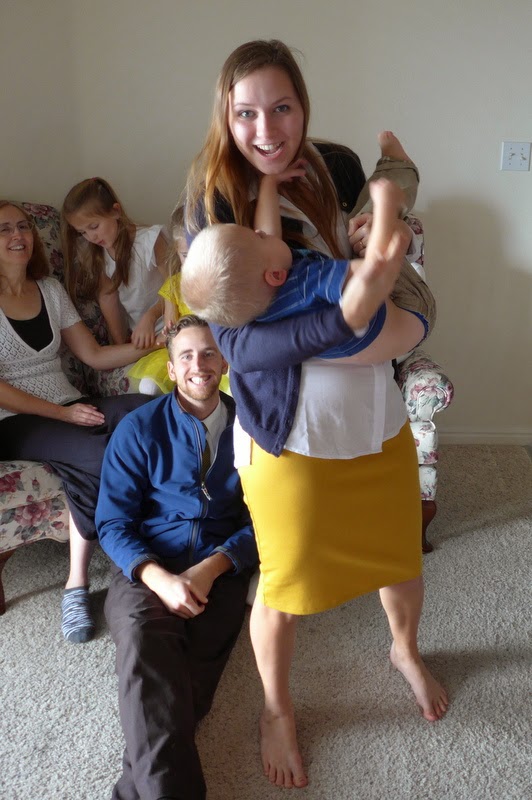 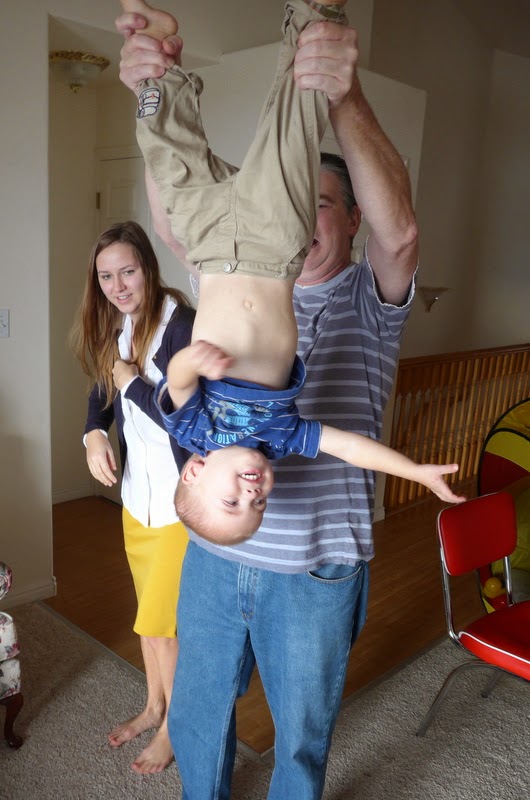 Benjamin was very interested in Uncle Patrick's beard. He's been calling everyone with a beard "Santa" but I don't think he ever got the opportunity to sit on a bearded man's lap so he could check it out (even though we did take him to see Santa...because he wouldn't sit on Santa's lap). 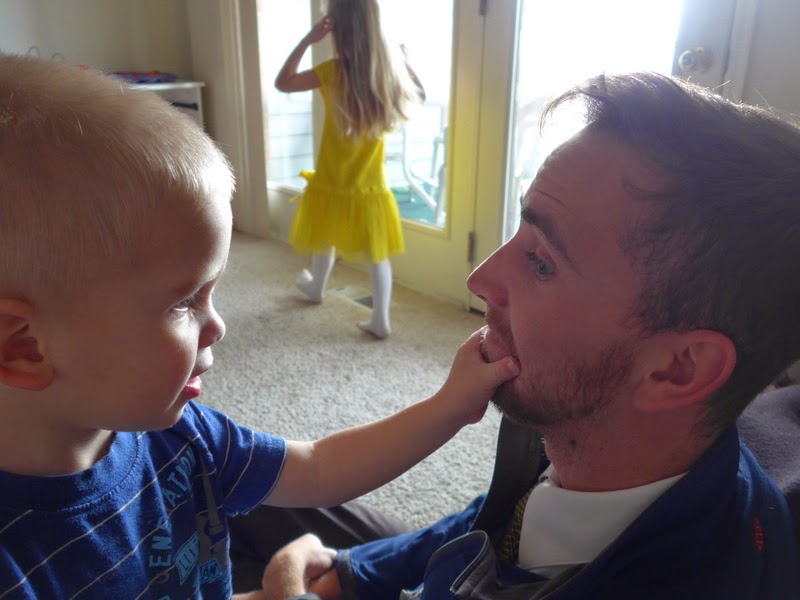 Unkit Patik let Benjamin sit on his lap and pull on his beard, though. Benjamin thought that was great!

Uncle Patrick even picked Rachel up and tossed her around for a while, lucky girl! She's at the age where she still wants to be tossed around like a little kid but is actually getting a little too big for such things. I'm sure it was quite the workout for Patrick! 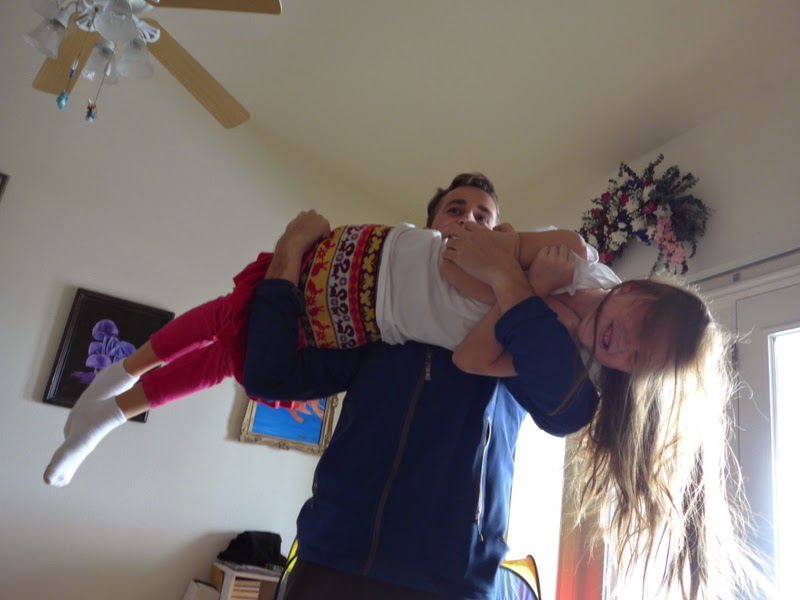 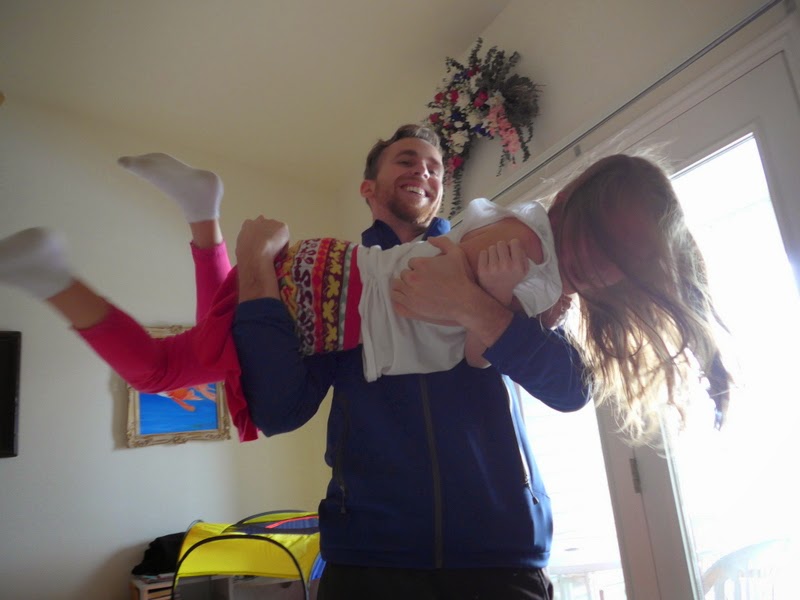