The girls had fun making post-Christmas cookies with Naanii. Benjamin participated a little bit, too, but he still wasn't feeling great so the girls did most of the work. 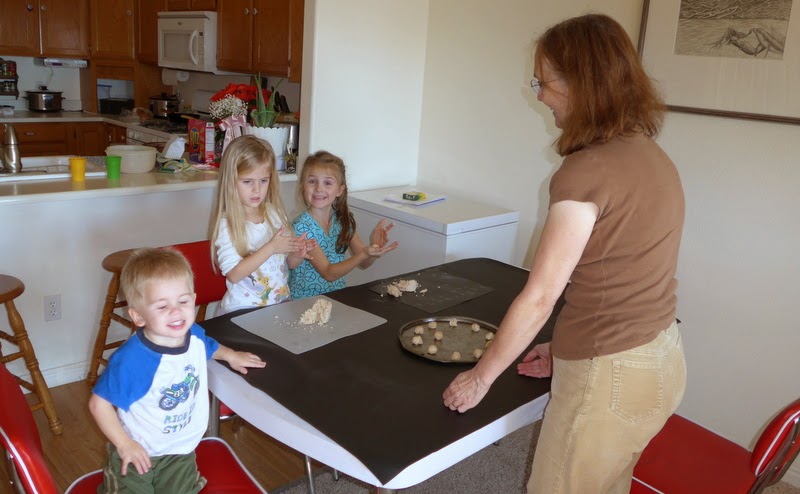 Here's Benjamin resting with Naanii while the girls rolled the cookie dough into balls--you can tell by looking at his eyes that he's not feeling very well: 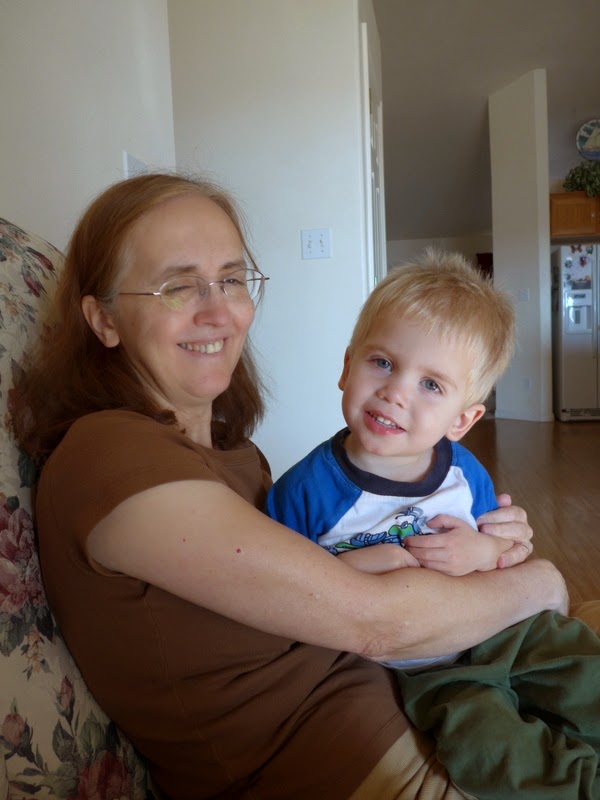 And here he is getting a shoulder ride from Bumpa: 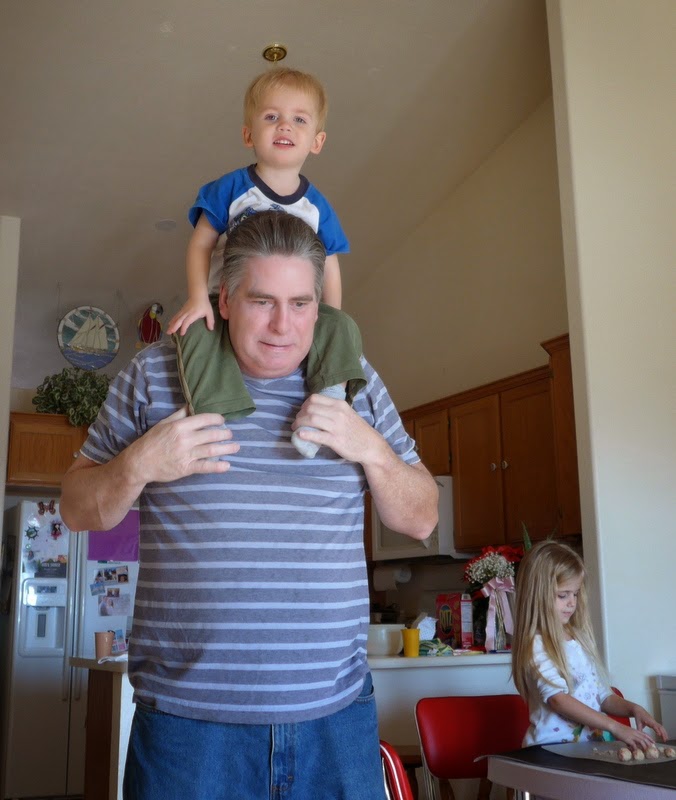 He finally convinced Naanii to give him some dough--which he played with until it was unrecognizable so we just threw it away: 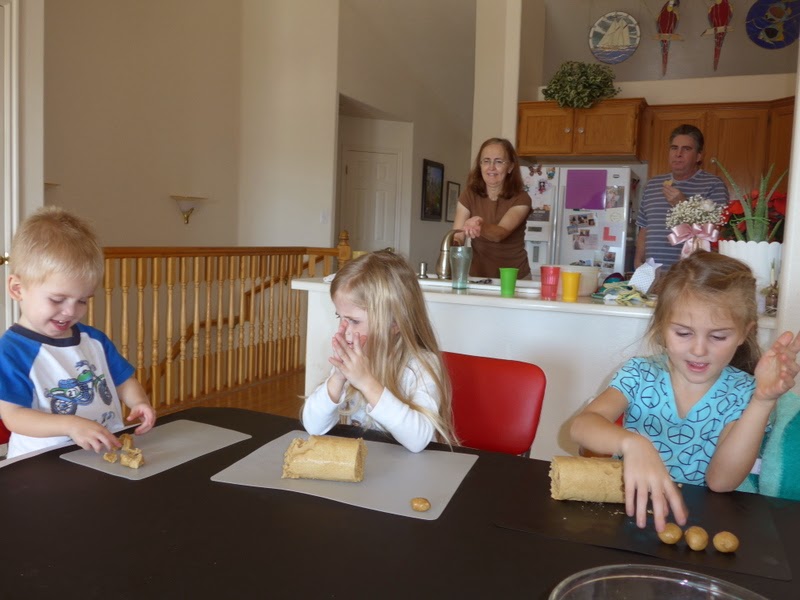 While the cookies were baking I did the girls' hair and made some icing. Naanii let them each dye a little bowl of icing whatever colour they wanted, which they thought was fun! 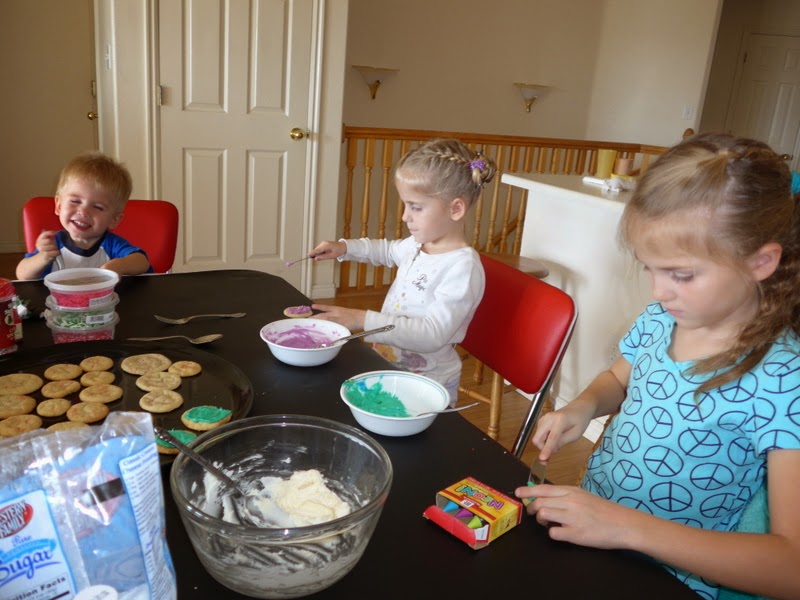 Benjamin put his entire blob of icing on one cookie and then started eating it. Rachel and Miriam carefully decorated the entire tray, icing each cookie carefully and adding sprinkles liberally. 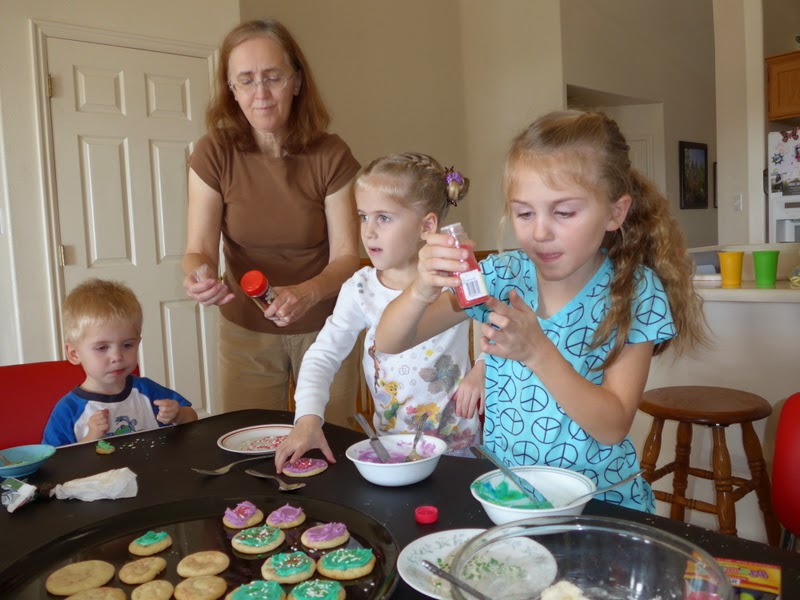