Thursday ended up being a much busier day than we'd intended. Our plan was to come home and relax for a few days before starting up real life. Instead, Miriam had preschool, I had an ultrasound, and Andrew started classes (he got into a class that he wanted to take but didn't think he'd get into).

Andrew volunteered to wake up and take Miriam to preschool and I was very grateful...until I woke up at 8:55 AM and he was still in bed beside me.

Miriam was a tad late for preschool but I made it to the doctor's office on time and had a good appointment (which I'll write about later). Andrew dropped me off, took Rachel and Benjamin home for a while, and then picked me up before picking Miriam up from preschool (we weren't sure who would finish first—me or Miriam—so Andrew took the van in case he had to pick up Miriam before I was finished with my appointment).

When we got home we opened the presents that were waiting under our tree. Benjamin didn't get anything fabulous, but he's two and was happy with everything. I did give him the baby book I made. Now I'm all caught up to the first year of my first three children. I've got this baby book thing down. Kind of. 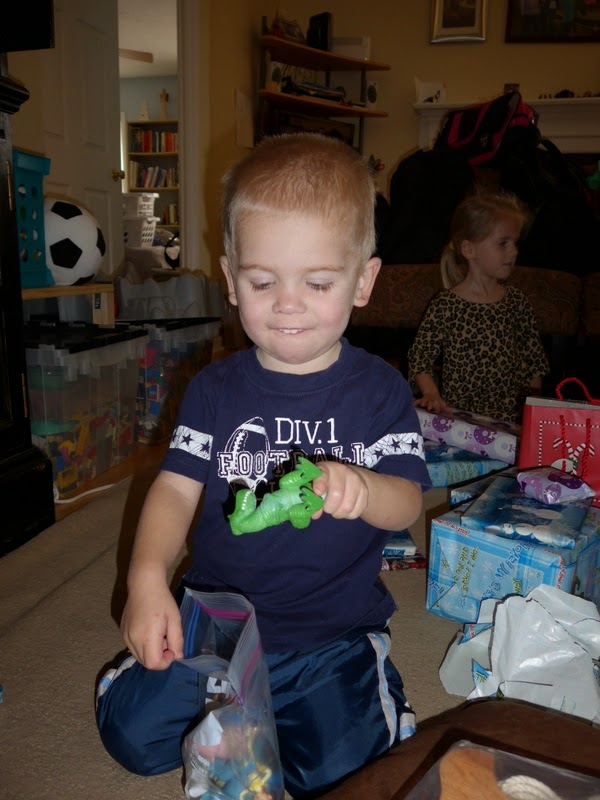 Miriam's "big gift" was a set of "Dolls from All Nations" that Grandma sent to us a while ago. It's been in her basement for years gathering dust and when she moved she decided we had more of a use for it than she did. The year on the box said 1991 but these dolls are just as exciting in 2015, I assure you! And because Miriam is Miss Fair, she gave Rachel three of the six dolls so that they could play together. Miriam took all the blonde dolls, of course. 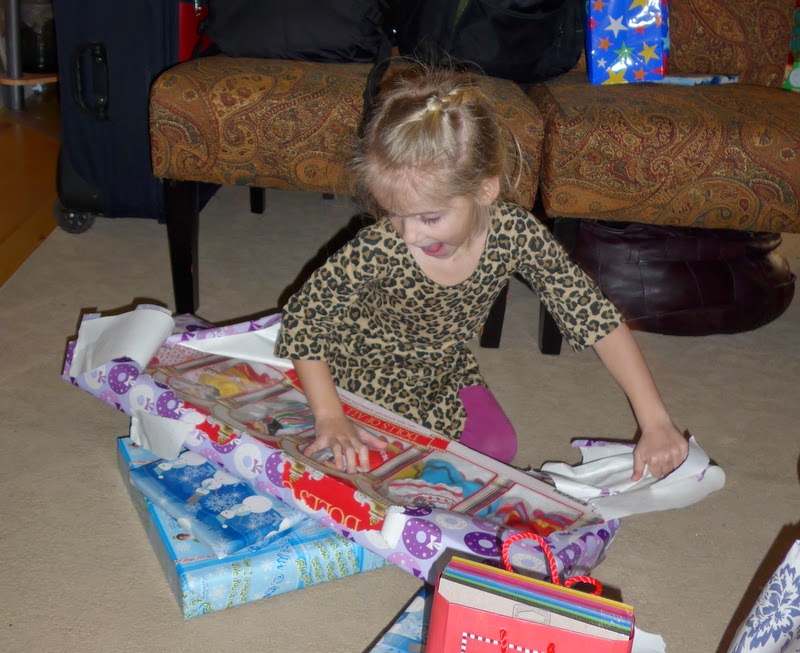 Rachel's most exciting gift was a new soccer ball! The first thing she did was check to make sure it was the right size (it was). She's excited to start playing soccer again in the spring. 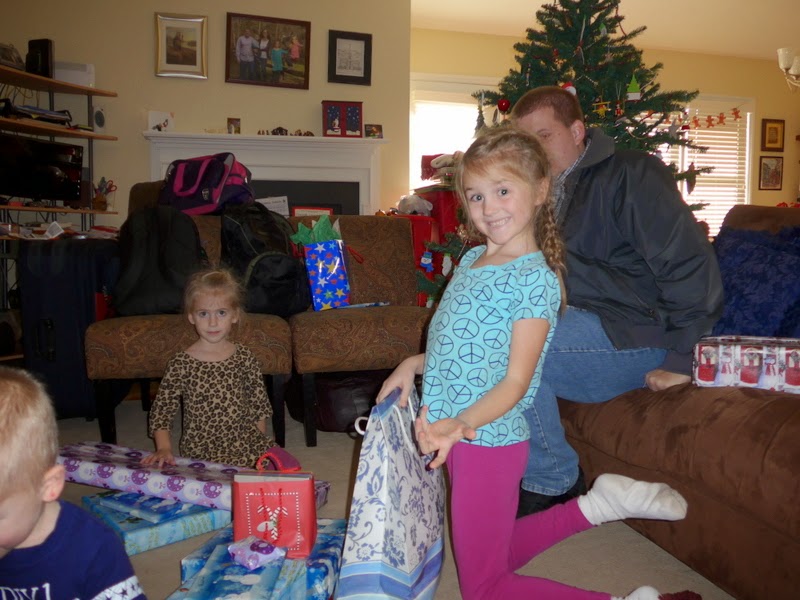 Andrew's most exciting (and/or only) gift was a LEGO mug. He likes to tinker with things while he's thinking through writer's block and wanted a container of LEGO to put on his desk to fill this need. I figured this mug was the perfect thing. And it goes so well with all the other mugs on his desk (the one with pictures of us, his BYU mug, his Duke mug, his AUC mug). He basically made me promise not to give him any more mugs...but he still liked this one: 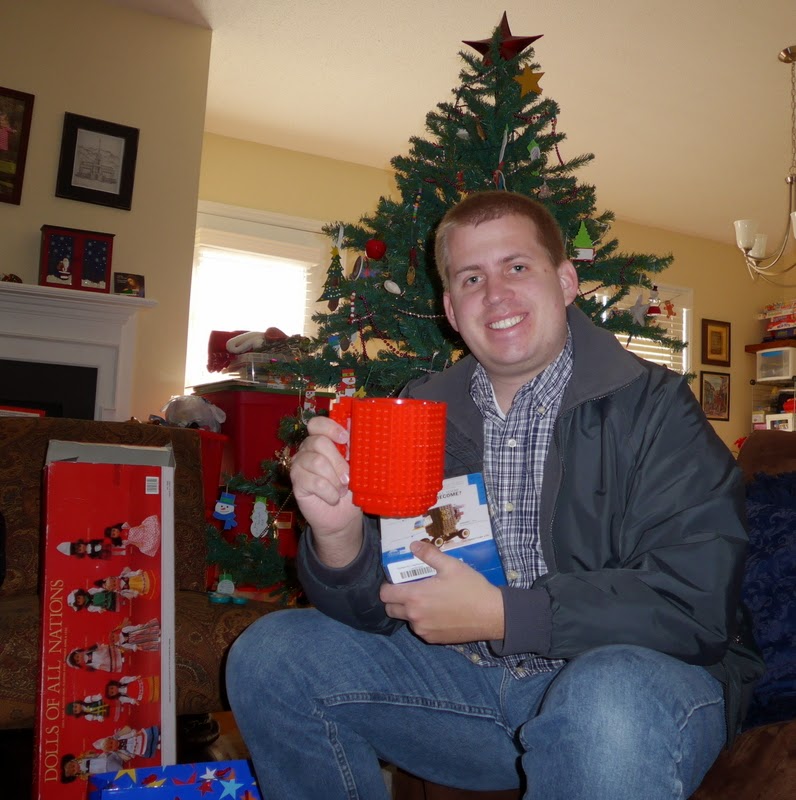 After presents Daddy went to class and Benjamin and I took a nap while the girls played with their new Christmas toys.

It was a lovely, relaxing afternoon and I thought we weren't even going to suffer from jetlag too much at all...until I woke up at 11:30 this morning (oops). The kids were up watching Wild Kratts and had made me breakfast in bed but didn't take it in to me because I was still sleeping, so for breakfast I had very soggy Cheerios in warm yogurt.

And then I let the kids run around like wild today while I caught up on the blog, so all these posts are brought to you by LEGO covering my living room floor; messy-haired, sticky children; and lunch plates on the kitchen table.

I'd better clean up a bit before Andrew came home because as my Christmas present he cleaned the house before coming out to Utah—it was almost spotless when he brought us home from the airport! And then last night he and I worked hard to get all the Christmas stuff put away and our house looked even less cluttered.