Auntie Emily and her family came down from Idaho on Tuesday, December 30th, and for the first time in 2.5 years our entire Heiss side of the family was in the same state. So we met up for family pictures, naturally.

We went to a place in Lehi called Camera Shy (they also have a location in West Jordan but Lehi was a more central meeting place). They did a good job for a decent price and we got the rights to the pictures, which means I can put them here:


There are several people in our family who don't particularly enjoy having their picture taken but we all managed to look happy anyway...at least, most of the time:

We took pictures of quite a few groups of people, including all the new little families:


And all the pregnant ladies:

After pictures we went out to dinner at Chuck-A-Rama while we waited for the pictures to be "developed." I was starting to feel sick at this point so I mostly ate jell-o and slurpees (because that's how you get your money's worth at a buffet). Everyone else more than made up for my lack of appetite. I think Jacob had a plateful of drumsticks numbering in the teens.

After dinner we went back to the studio to look at the pictures and then we all split up and headed to our "homes."

We were so lucky to get to have Auntie Emily and her family stay with us at Grandma and Grandpa's. The kids were so excited to meet their cousin Gavin. He was born on New Year's Day last year and they met him for the very first time on December 30th!

Auntie Em and Uncle Morgan brought books for each of the kids—my kids are always excited for books: 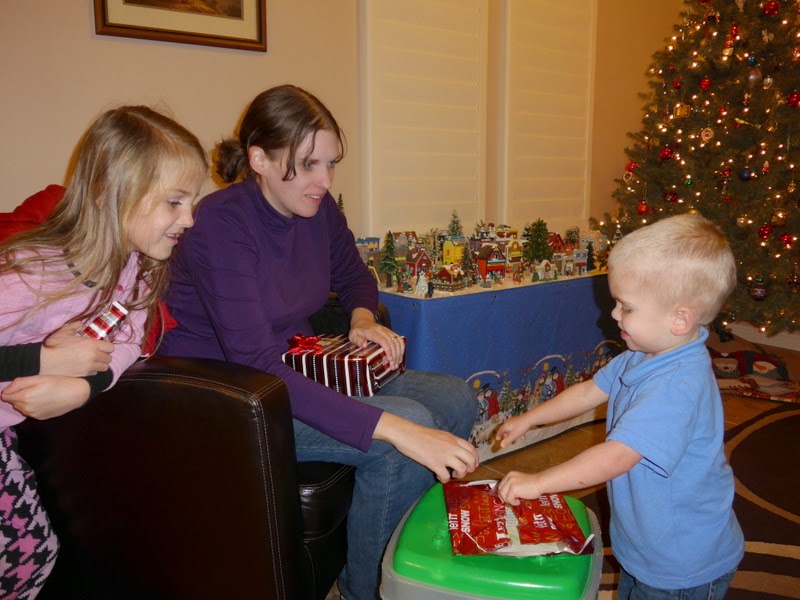 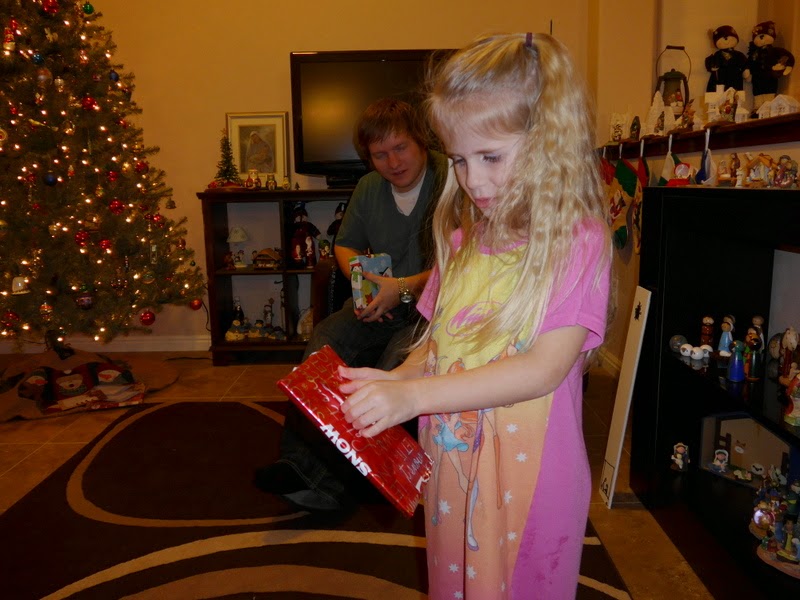 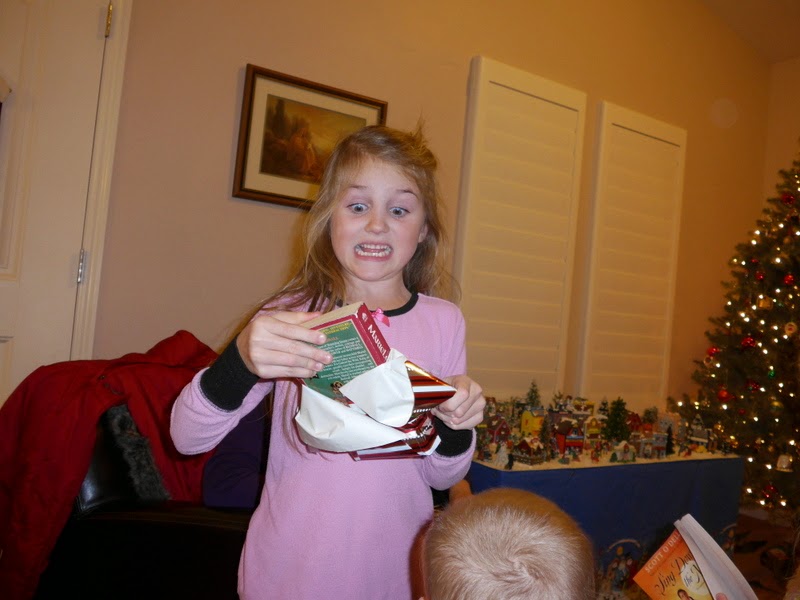 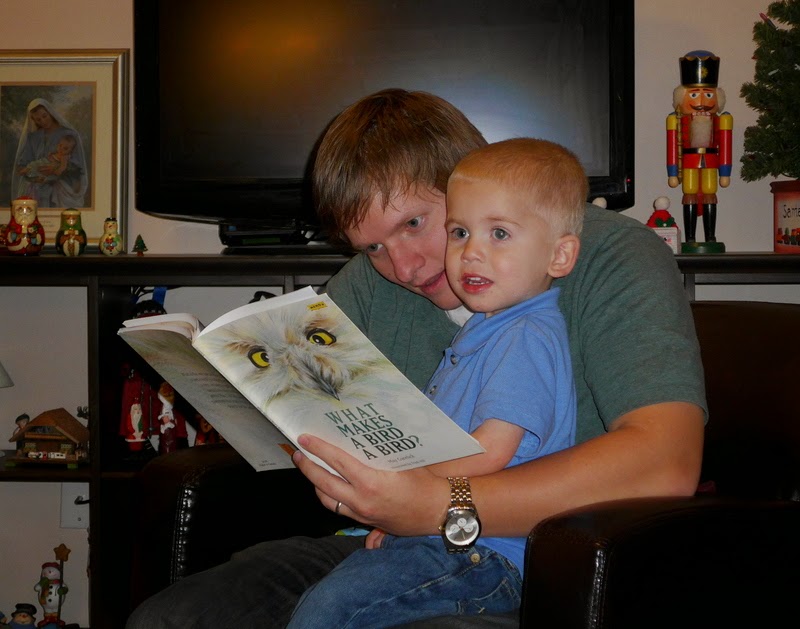 After we put the kids to bed we settled in for a round of Hand and Foot, which was our go-to game this trip (and most trips; it's a family favourite). Karen was frustrated that she hadn't been able to win a game the entire time Andrew and I had been there (I won twice, Andrew won once, Reid won twice) and Emily really wanted to beat her mom. But I don't think either Karen or Emily won that night, though Karen started winning all the time in the new year!

Rachel was very curious about the game (mostly to prolong bedtime) and kept asking questions about it.

"Whatever it's called, how do you play?" she asked.

We told her to go to bed, though we'll have to teach her the rules some day. She is a Heiss, after all.
Posted by Nancy at 1:02 PM