We stopped at the "purple slide park" after preschool for a bit of a pre-lunch romp. The swings here are so low to the ground that even Benjamin could get on by himself (if he'd try). Miriam was boldly jumping off the swing, which was probably alright as long as she doesn't try it on our swing set (because our swings are much, much higher off the ground). 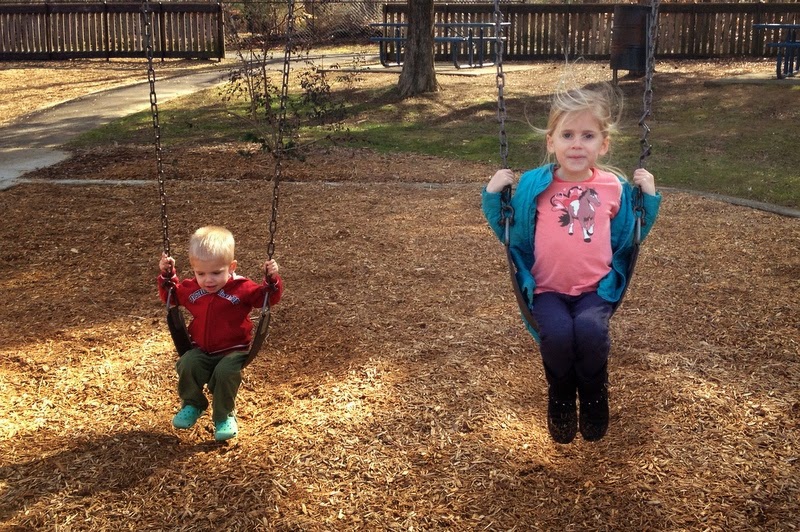 Here's Benjamin climbing off the slide after sliding down: 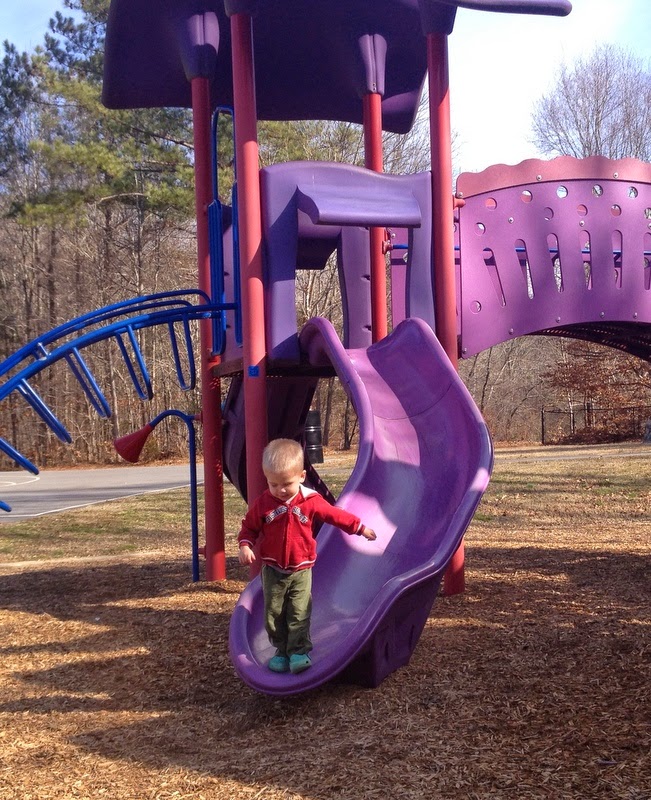 And here he is screaming and running away from Miriam: 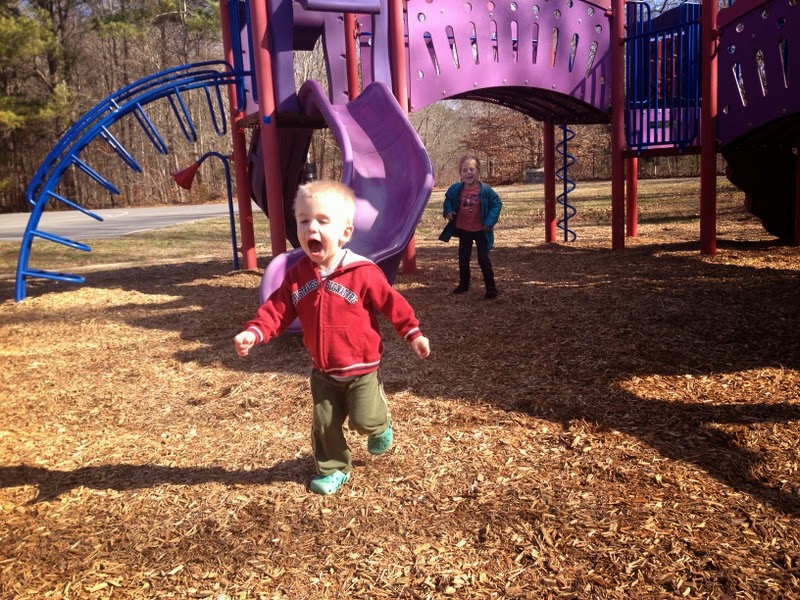 They were playing a monster-themed version of hide-and-seek tag, which involved a lot of screaming and growling (depending on whether you were a monster in hiding or the baby brother).

When the kids were finished playing we went for a little walk in the woods. We picked up leaves and sticks and pinecones and acorns and rocks and everything else that wasn't rooted down. 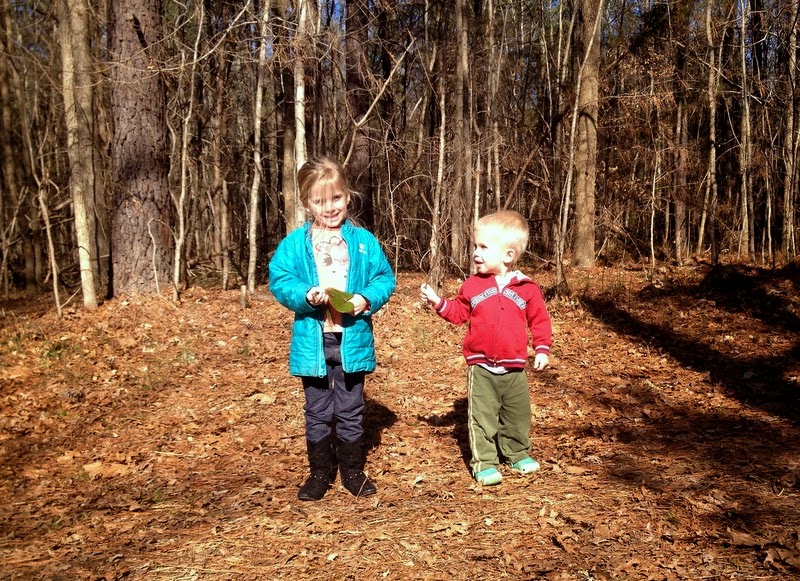 We stayed until Benjamin announced, "Mine tummy dumpy!" which means that his tummy was empty. Still, those hunger pangs didn't stop him from requesting to "see auggie 'gain!" (to see the water again) so we stopped by the river and tried to throw stuff into it (though I don't think anything actually made it). 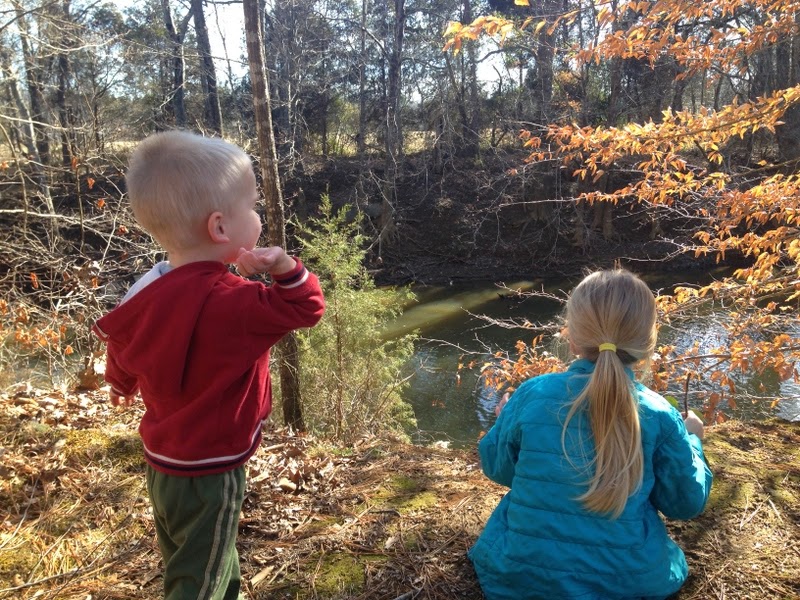 We had the missionaries over for dinner last night and Benjamin was talking up a storm. One of the elders turned to me and asked, "Do you understand anything he says?"

I do understand most things most of the time but there's plenty that goes over my head still. My favourite is when he calls out from his bed (on almost a nightly basis), "Mine auggie bottie dumpy! Sip it up! Sip it up!"

To an outsider that might sound like utter nonsense but in our house we all know he's saying, "My water bottle's empty! Fill it up! Fill it up!"

Anyway, we had fun at the "purpey side" park and worked up a wonderful appetite for lunch. The kids are currently playing with LEGO (Benjamin and I spent the morning hunting through the box and pulling out all the wheel pieces so we could put them together because some child(ren) in the past took them all apart and they're just floating around the LEGO box being frustratingly useless) but it's about time to get Benjamin down for his nap and, oh, am I ever looking forward to nap time!
Posted by Nancy at 1:55 PM