We went to church with Andrew's parents this week. Miriam and Rachel both went to their classes without protest--Miriam went happily because she enjoys meeting new people and Rachel went swallowing her tears because Andrew made a deal with her that if she didn't cry when she went to her class she could watch Doctor Who that night.

"How about I don't have to go to my class and I get to watch Doctor Who?" she asked.

Benjamin chickened out at the nursery door, too. It was so sad. He seemed excited about the idea of going to nursery after sacrament meeting but when we went to drop him off he melted into a little puddle of a boy.

"No, Mommy," he whimpered, tears welling up in his eyes. "Me not go nursery."

Grandpa wandered the hallway with him until he felt better and then brought him into Sunday School. It's probably good he didn't go to nursery because he just started getting his little fever rash, which probably is a good reason to stay out of nursery. So he hung out with the grown ups during church.

It snowed quite a bit between Sunday and Monday. I'm not sure how many times Daddy and Grandpa took turns shoveling the driveway and front stairs. A friendly neighbour drove his little ATV around with a snowplow attached to the front, so we didn't have to worry about the sidewalks, which was nice.

I went out with Rachel and we tried to make a snowman but it was so cool that the snow was all powdery and wouldn't clump nicely. We made a big pile of snow, hoping to make a big enough pile to make a slide, but got too cold before we could finish.

A few other neighbours braved the cold and made a few pathetic snow piles like ours, but no one was able to make anything big enough to be much fun.

But then ATV guy came back out. He used his blow to make a big hill for the kids and another neighbour brought out a slide and the kids had fun sledding in the yard. I sent Andrew out with the camera because it was so cold (about 20*F or -5*C), though Monday wasn't even the coldest day we've had here. It's gotten down to 5*F (-15*C), which was a nice, healthy reminder that we should never move norther ever again. Brrrrr!

Here's Rachel and Benjamin taking a turn on the hill: 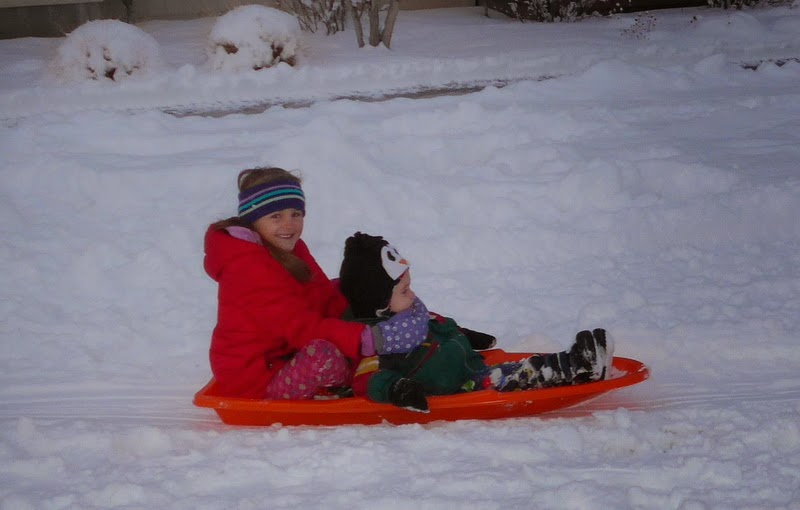 And here's Miriam (I made her put on a hat after peeking out the window and noticing her little ears were completely exposed to the cold): 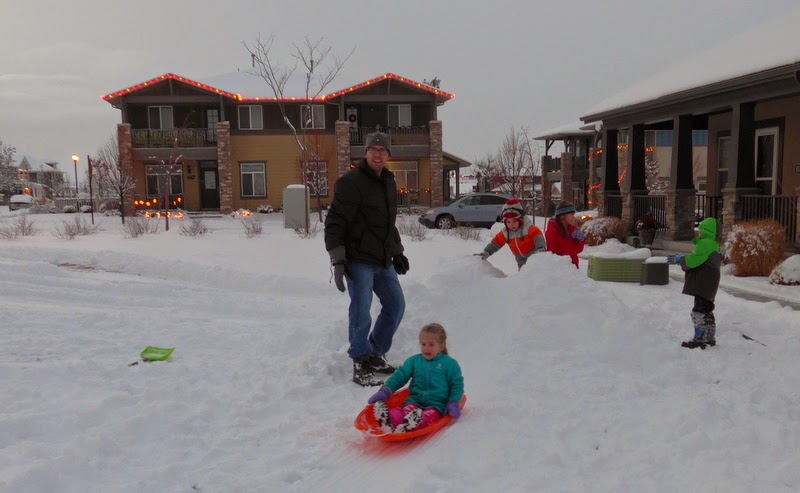 And here's Rachel having a turn by herself: 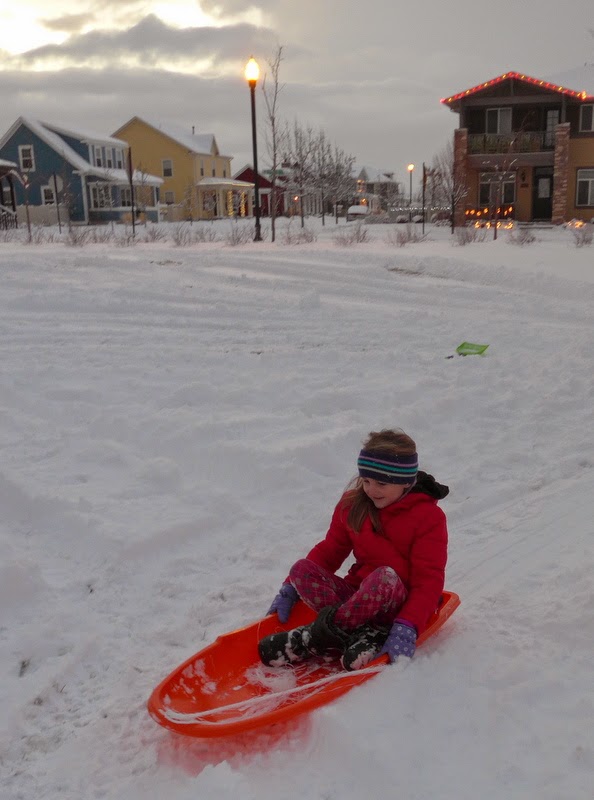 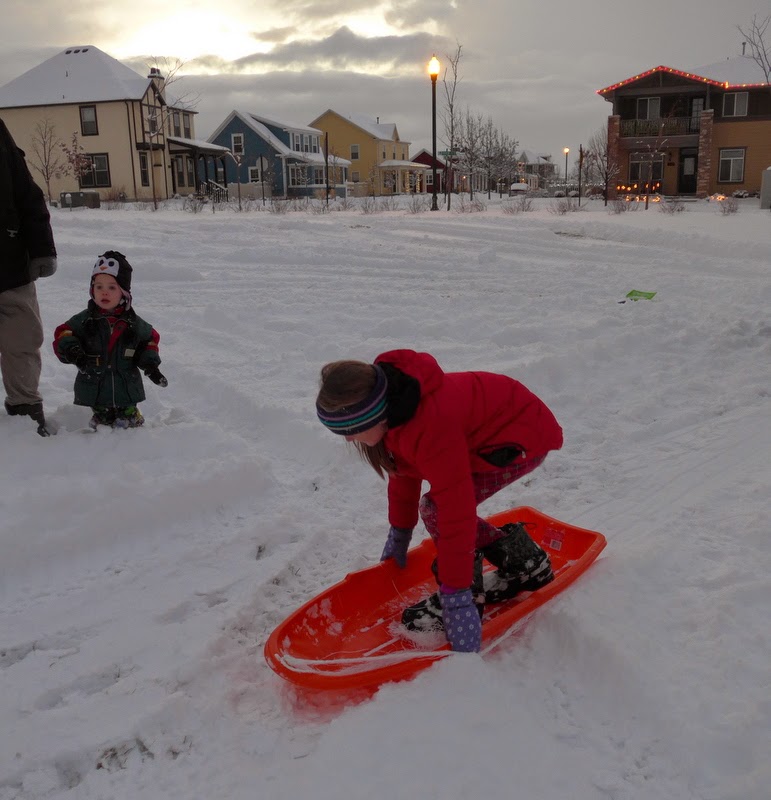 They all came in half-frozen, but happy. We talked about taking them sledding on the real hill, but then everyone got sick. I suppose we still have tomorrow...
Posted by Nancy at 6:54 PM