I went to a baby shower for my friend Mickie this past Saturday. After three boys she's finally getting a girl!

I worked up a pair of baby booties for her and though they didn't turn out as well as I was hoping they turned out alright: 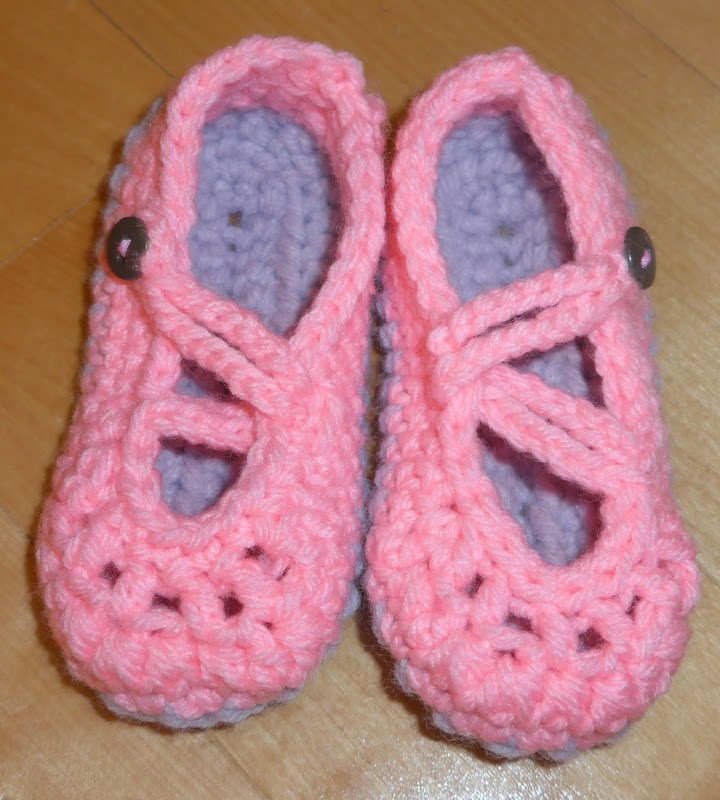 Even though I've been crocheting for over ten years now, it's a mostly self-taught and very part-time hobby so, crochet-speak still stymies me every now and then. I've figured a lot of things out over the year, for example, YO means "yarn over." It doesn't mean that the pattern-writer is interjecting their pattern with "Yo!"


How was I supposed to know the crochet world wasn't just trying to gain a little street cred?

Anyway, my computer crashed and I lost the website where I'd found that pattern before I could try making a pair for my baby—and it suddenly dawned on me why Pinterest might be useful—so I hunted around a bit more (and logged onto Pinterest after years of inactivity and started a new board) and found a pattern that works up in the round. Brilliant!

That way I don't have to keep track of any of this mess:

Oh, except that when you're working through the pattern the chain also counts as a stitch for round 6. And I'm just not good with knowing where to work my stitches when so if I can just go around and around and around without ever stopping it's just that much easier.

And do you see what I mean about crochet-speak? Wait until you hit "hdc2tog" (that's shorthand for half-double crochet the next two stitches together). The first time I encountered it I felt about the same as the first time Andrew saw the word "взгляд" in my Russian hymnbook.

"How many vowels are in that word?" he asked.

Yup. Four consonants in (but я is a soft vowel so that's almost like 4.5 consonants).

Vzglyad. hdc2tog. What in the world?!

Anyway, I found a pattern that works up in the round and claims to take about an hour to make. This pair took me more than an hour to make, but probably not much more, and I think they turned out pretty cute. I included this picture mostly so I can always remember that I spent over a decade of my life with blocks scattered across my floor (admittedly I haven't quite spent a decade in that state yet, but we'll get there; I promise): 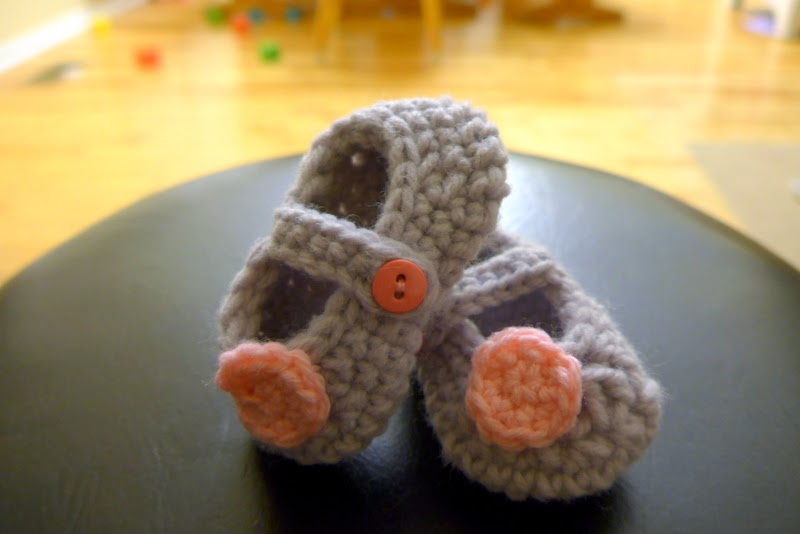 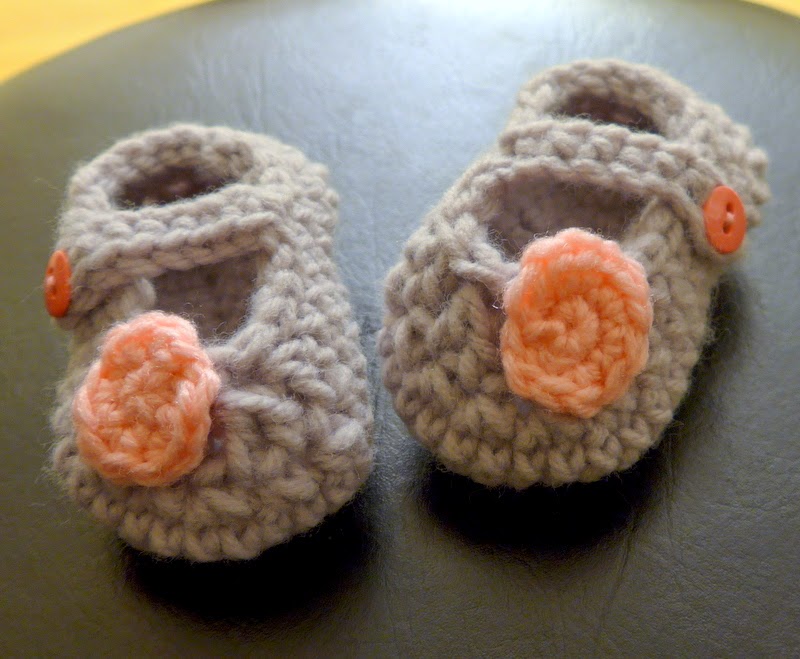 I'm not quite convinced that they turned out the right shape, but they'll do. And it was a quick-enough pattern to figure out (and a not-very-frustrating one to boot) that I think I'll try them again.
Posted by Nancy at 10:53 PM