Outside I can hear the tinkle, tinkle of falling ice pellets, so there will be no school tomorrow. We stayed outside and went sledding in the dark after dinner. I'm hoping the kids will have worn themselves out enough that they sleep all through the night and sleep in tomorrow (especially Benjamin).

Here he is enjoying the snow we got late this afternoon: 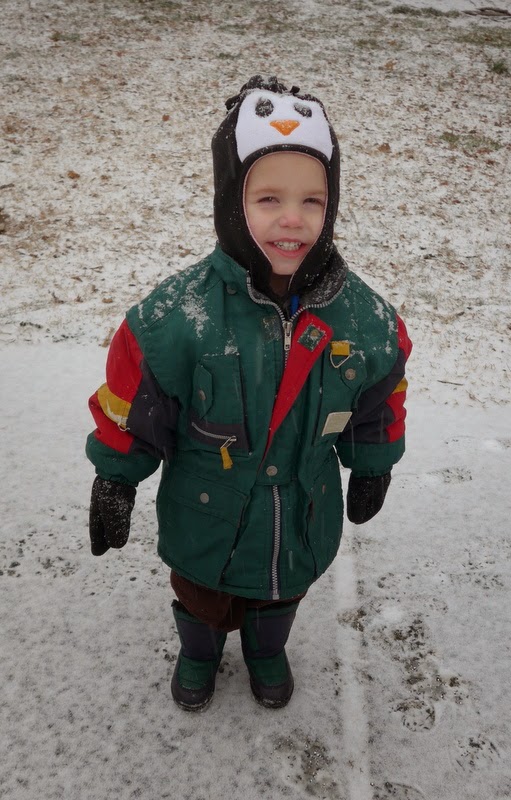 This poor little boy is completely convinced that Santa is coming—because it's snowing and Santa always flies his sleigh through the snowy night to bring us presents. Always.


Here are the kids sledding (with our neighbour, since he's the one with the sled and the steep driveway):

Here's Benjamin rolling down the driveway. He made it the whole way down and just kept going, even when it got flat at the end. He just wanted to roll all the way to the gutter, I guess. 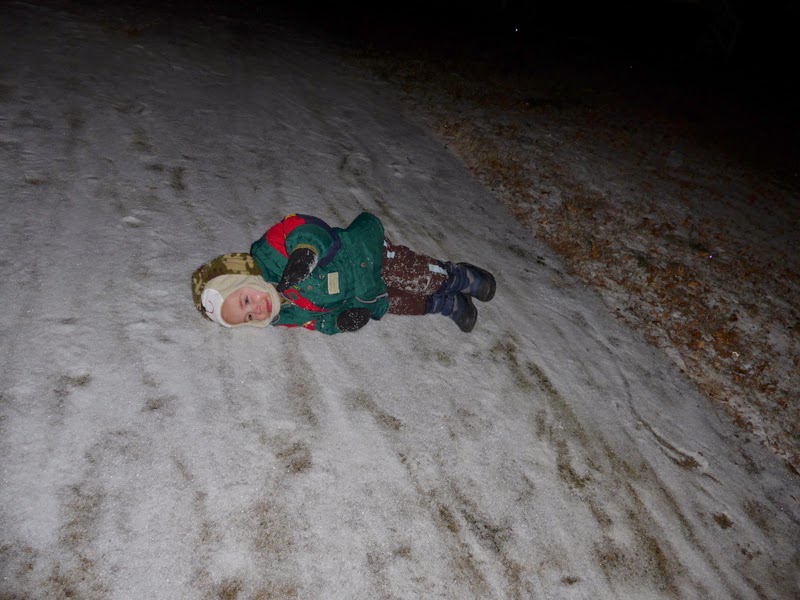 Here's Miriam inching her way down the driveway on a cardboard box: 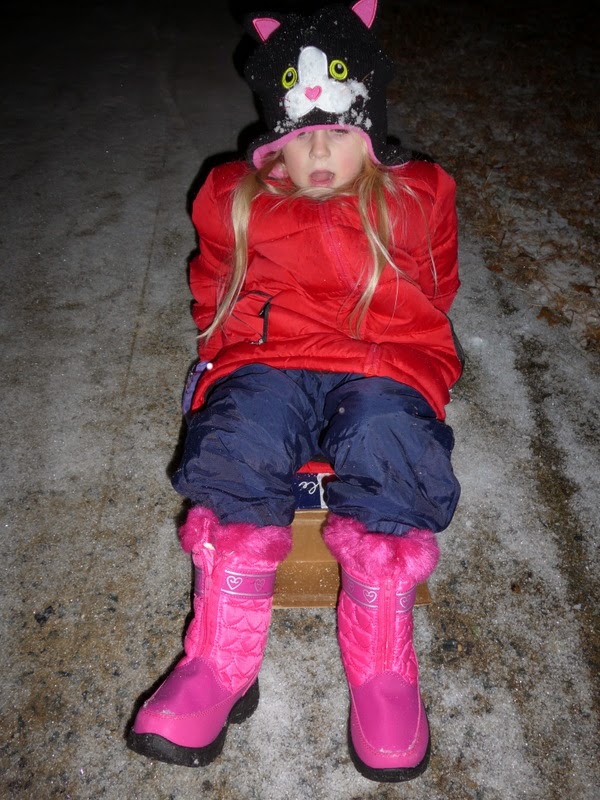 Here's Rachel and our neighbour zooming past her on the sled: 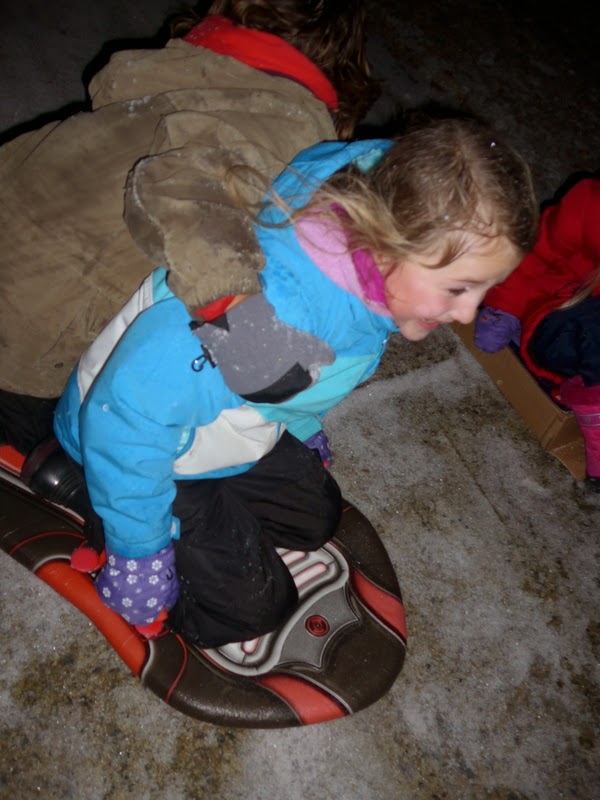 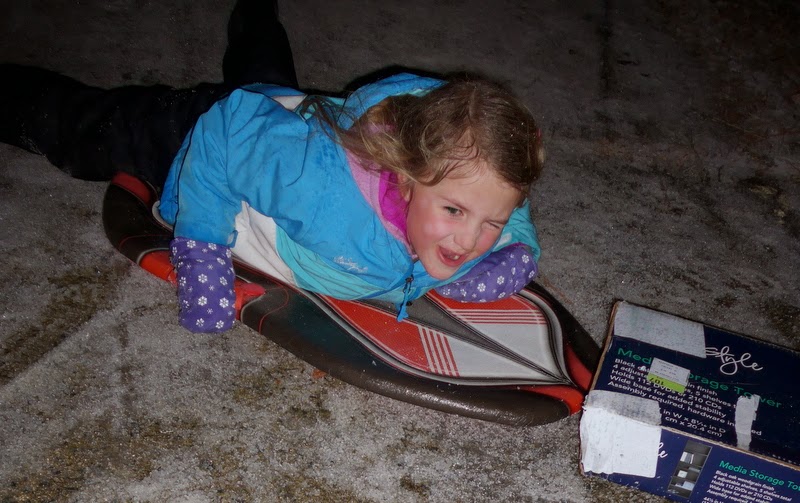 We didn't stay out too long, but long enough to get plenty cold. Because they weren't kidding about this arctic airmass. Our high for the day was -3°C (27°F). Our high on Thursday is forecast to be -9°C (16°F). This Canadian girl is not impressed, South. One doesn't move this far south to have an arctic airmass settle on them.

But I guess we'll just have to endure this record-breaking chilly week and be so, so happy that it's 2015 and we have polar fleece and stuff like that instead of it being 1903 and not having those things. It's possible I'm really loving my fleece pyjama bottoms right now.
Posted by Nancy at 11:00 PM