Miriam's squad got to cheer during half-time at a basketball game in the Cameron Indoor Stadium at Duke. Everyone seems to be super impressed when they hear this until we clarify that it was a women's basketball game, as if that should make any difference. The women's basketball team is actually ranked higher than the men's basketball team but it's certainly not as celebrated. The stadium wasn't nearly as full as it's been when we've attended men's games—there were no Cameron Crazies or anything like that—but I think that was better for us. 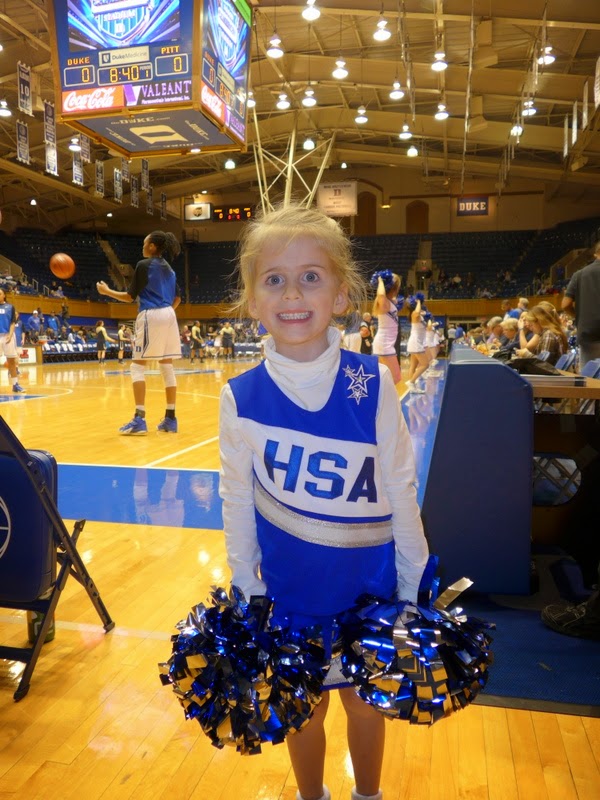 The kids weren't so overwhelmed by the crowds and noise that they were actually able to pay attention to the game and enjoy themselves. 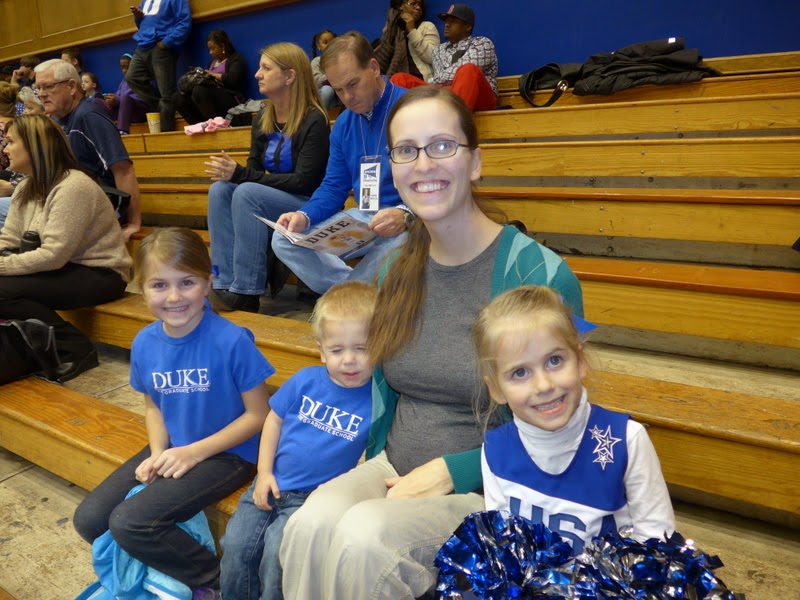 And the mascot wasn't too busy running around to see everyone that he mostly just hung out with us, which most of the little cheerleaders enjoyed. Our kids, however, were a little intimidated by him so instead of getting a nice picture of our kids standing beside him, we had to take incognito pictures of the kids with him.

Rachel was the bravest, for sure, and actually went down to sit near him (he has a sign on his head that says "Just Pittiful" because we were playing against Pitt(sburg). 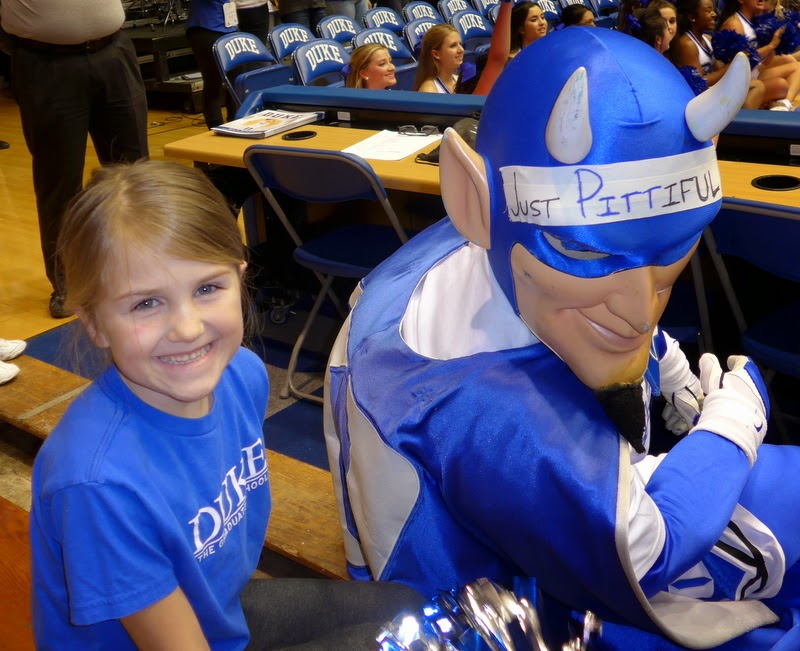 Miriam wouldn't get near him. 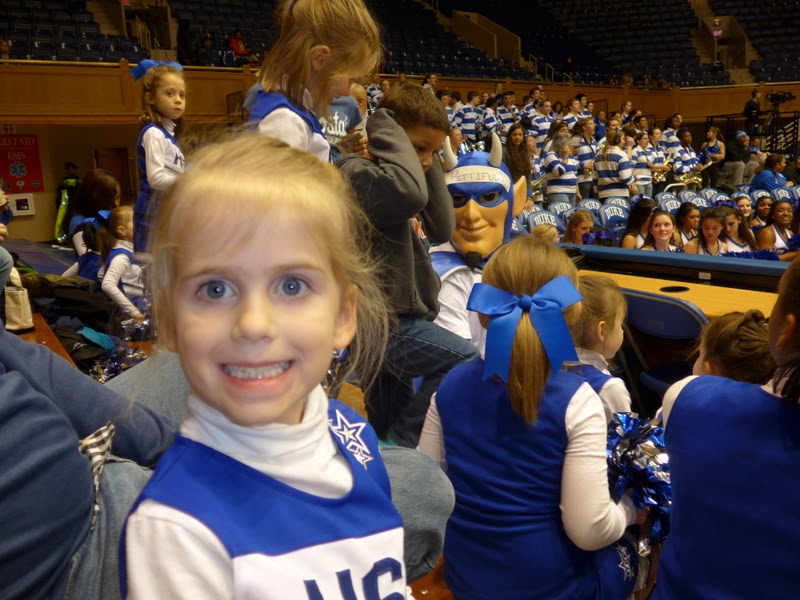 Benjamin kept waving at him and then hiding from him. Eventually Rachel dragged him down to give him a high five but it was all over so quickly that all I managed to get a picture of was Benjamin (quickly) making his way back to me. 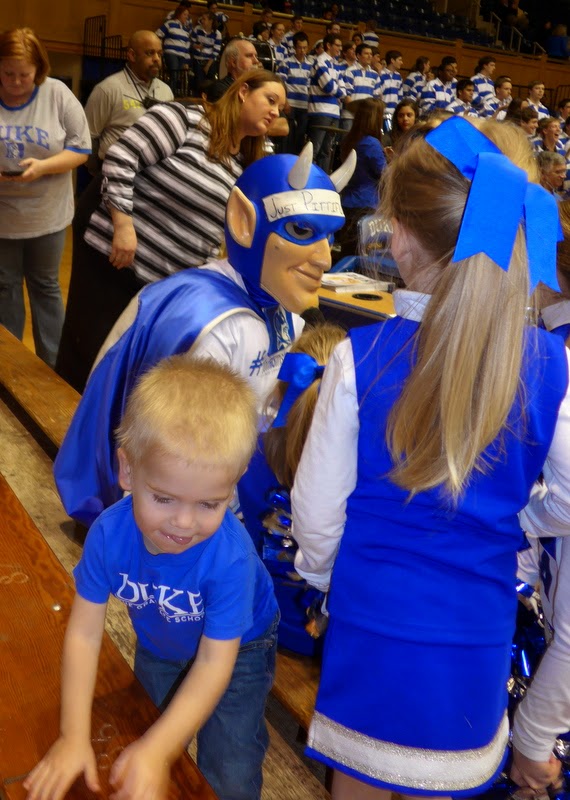 He called him "Batman," and kept asking, "Where that Batman go?" whenever the Blue Devil would disappear for a minute or two. Evidently we need to work on his superhero recognition skills.

The girls were so excited when they walked onto the floor to perform. Here they are doing the cheer, "1-2-3-4! Who are we yelling for? HSA! HSA!" 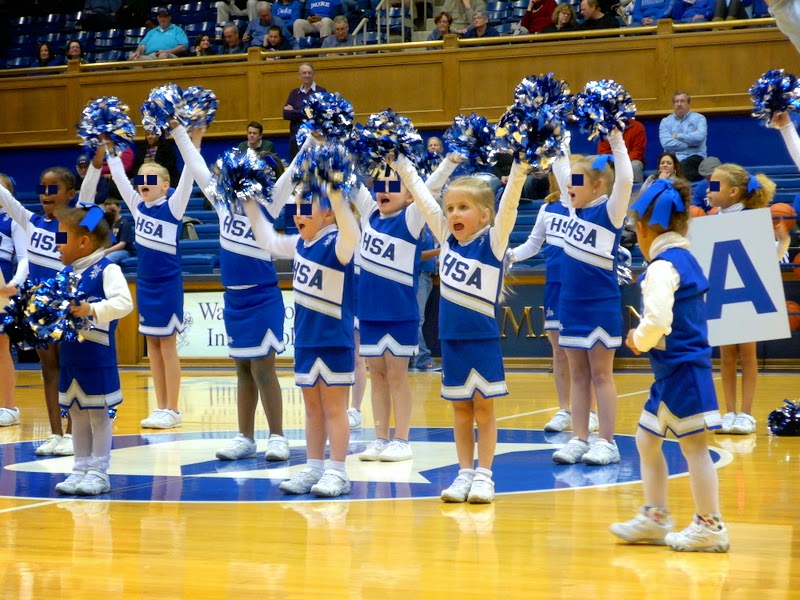 And this is the "pyramid" at the end of Miriam's squad's dance routine. 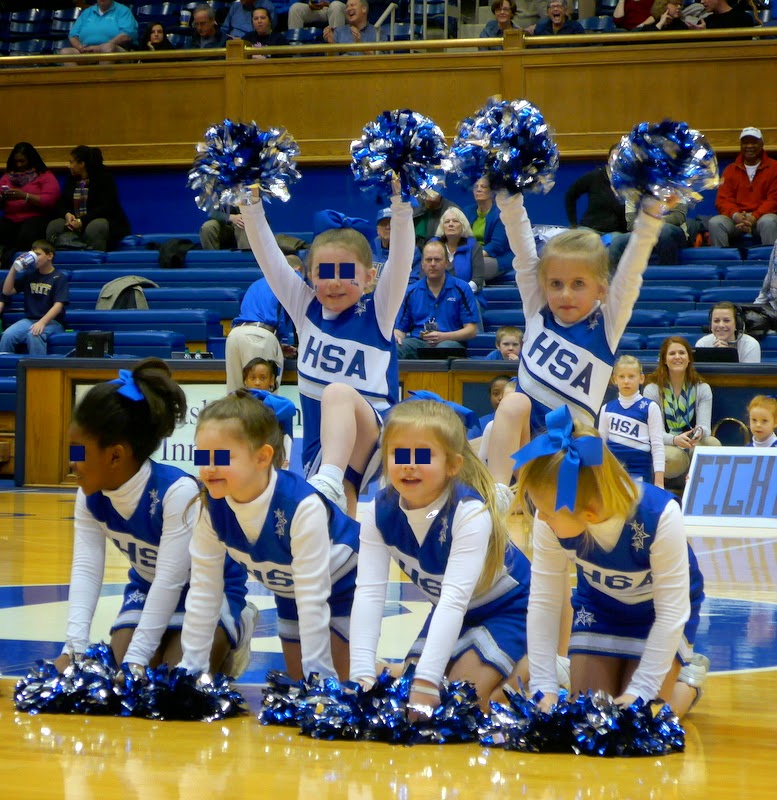 Here's a video of it:

If you're not interested in watching the whole thing, you should at least watch at around 2:30 when the girls try to get into the pyramid. It's hilarious.

And here's the little routine all of the squads did together:

They only started practicing the second week of January so I think they did fairly well for only having a few practices under their belt. Maybe in the future they can cheer later in the season (disclaimer: I have no idea when basketball season is (disclaimer: and apparently it's Superbowl Sunday...whatever that means)).

We debated whether or not to go home after halftime. It was definitely time for bed, "But," I reasoned, "If this were a men's basketball game would you stay or go?"

"Stay," Andrew admitted sheepishly. "But part of that is the atmosphere. Men's games are more exciting because the fans are more animated and..."

"But things aren't ever going to change if everyone keeps leaving at half-time!" I said.

Rachel insisted that we stay as well because she was quite offended that women's games wouldn't be as well-attended as the men's games. So we stayed. And we enjoyed ourselves.

Benjamin scavenged popcorn from the floor (despite our best efforts to discourage this activity)... 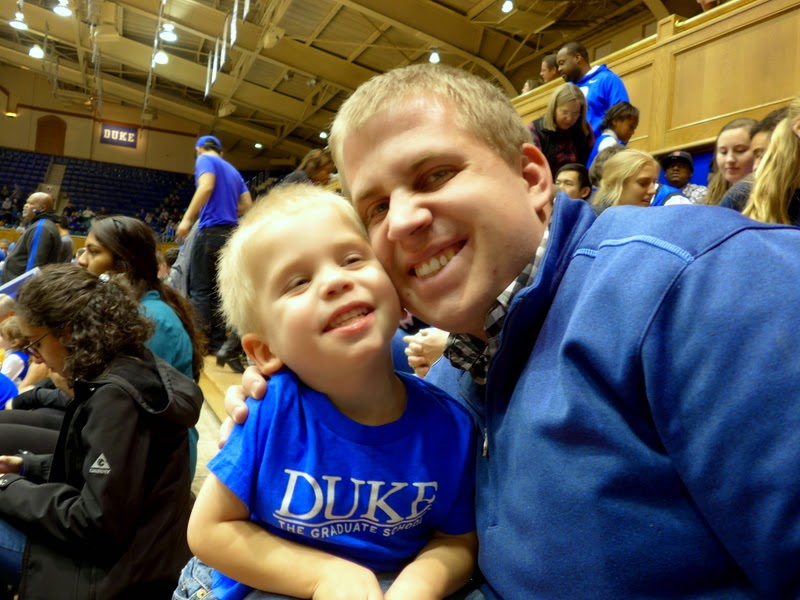 Miriam was hot and tired from cheering but she stuck it out... 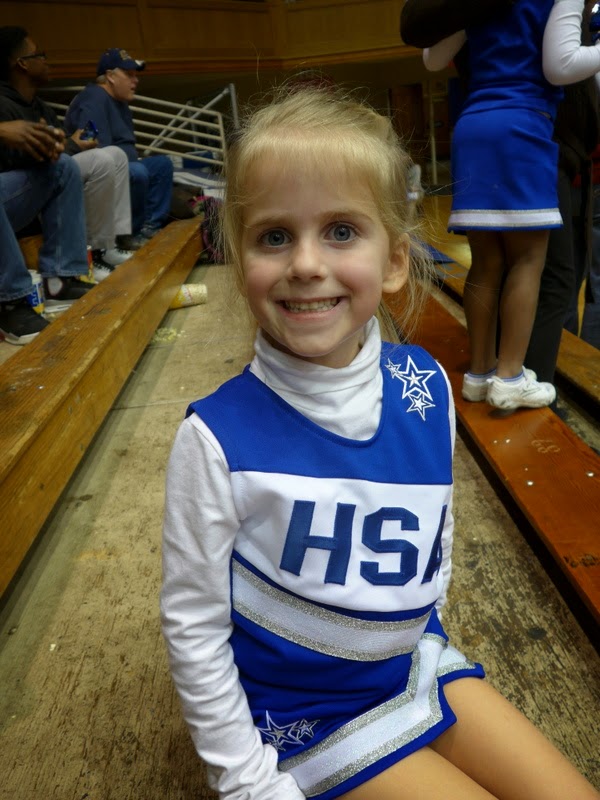 And Rachel got featured on the "dance cam," though I suppose it was actually Andrew doing the dancing. Rachel was just his puppet. She was quite embarrassed to be up on the big screen. 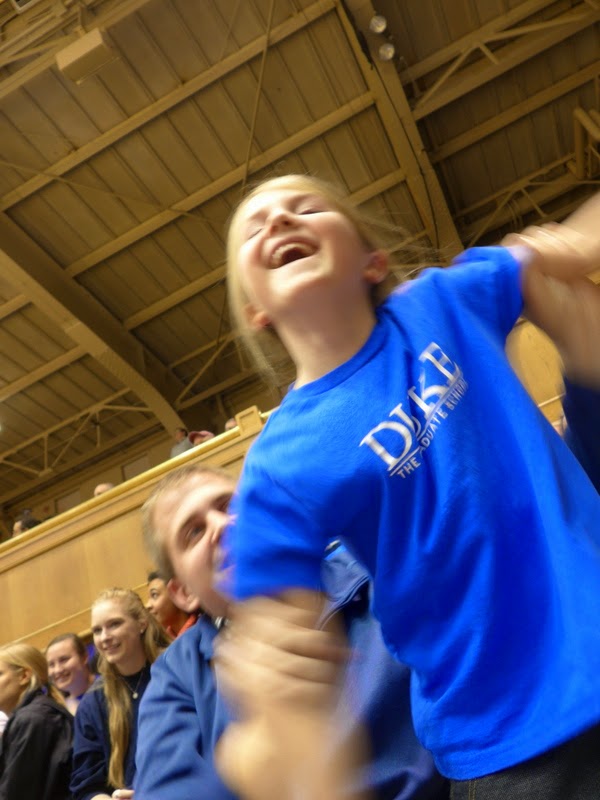 As we were walking back out to the car at the end of the game, Miriam said, "Hey, this counts as a family adventure and a family walk, doesn't it?"

And indeed it does! It's a good thing she pointed that out otherwise I'm not sure we would've gotten in any family adventures in January at all!
Posted by Nancy at 4:59 PM